East German manufactured M56/76 combat helmet in use with the "FAPLA" (Peoples' Armed Forces for the Liberation of Angola), later becoming the Angolan Army.
This particular helmet was picked up by a South African Soldier at a place called "Cuito Cuanavale" in 1988 after a battle with the FAPLA.
This helmet is painted green and has the Angolan National  Red/Black flash hand painted to the front.
The photo at the bottom  of the page shows a FAPLA Insurgent manning an Anti Aircraft gun during the Battle of Cuito Cuanavale. (Courtesy: P Thomas Collection) 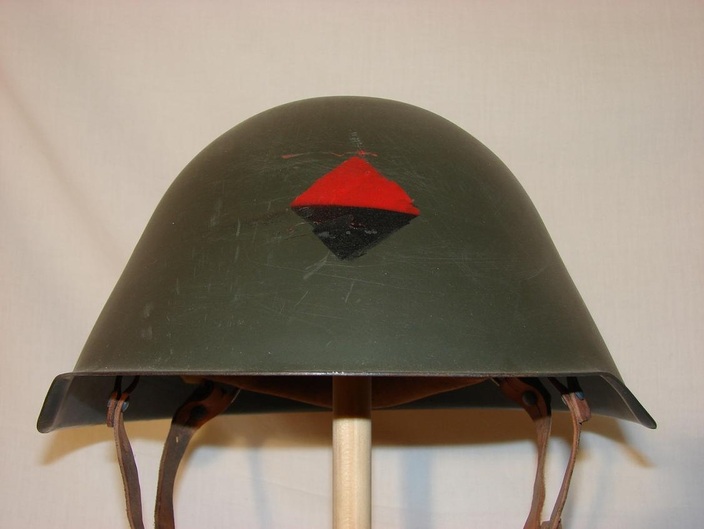 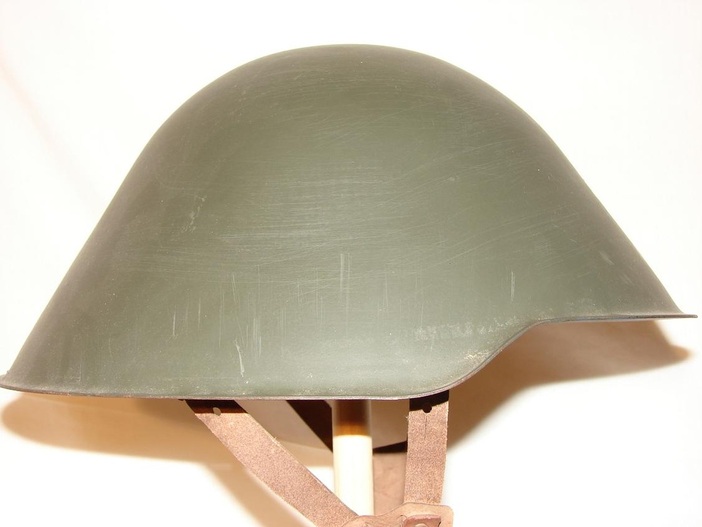 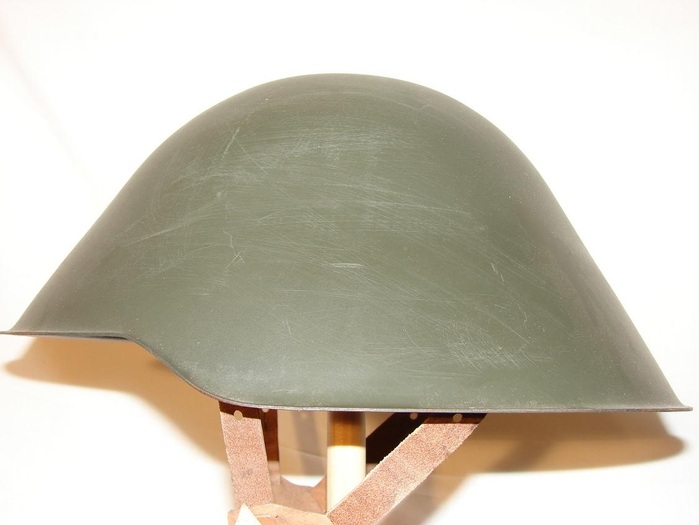 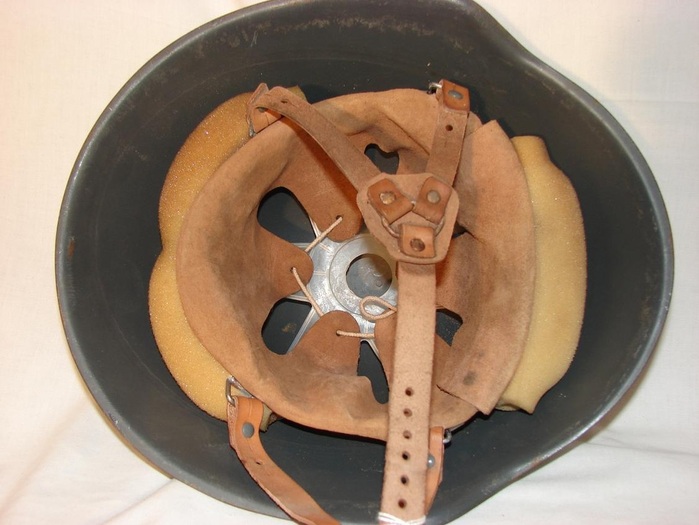 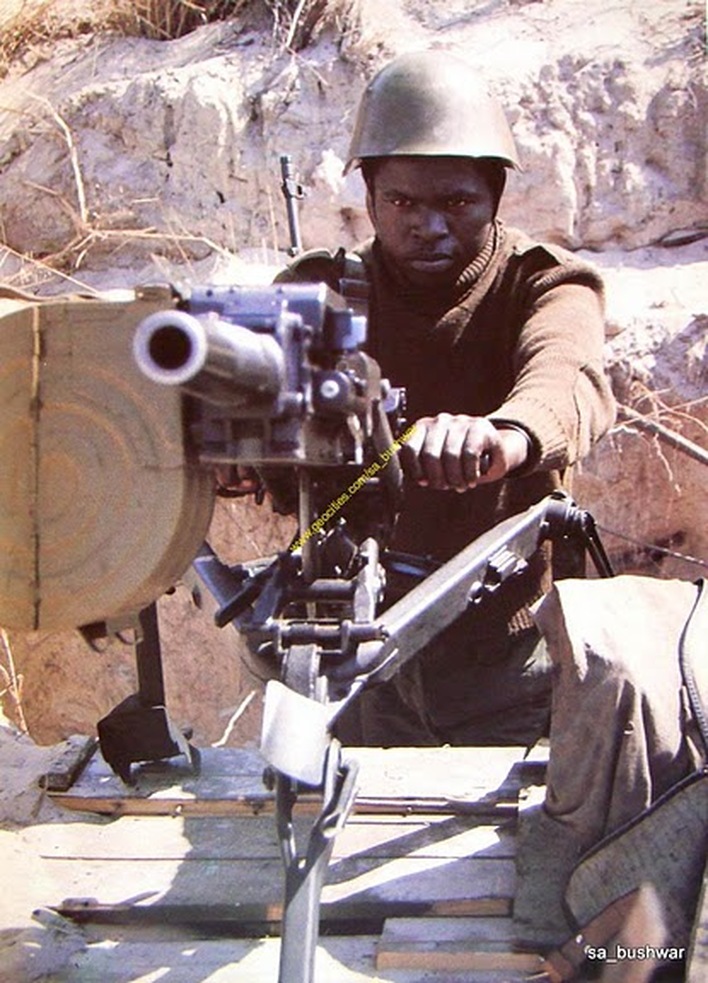