Czech Vz53 helmet in use with the East German Military prior to the M54 and M56 helmets. This example has the first variation National Tri-Colour decal applied to the left side of the helmet. The KVP "Kasernierte Volkspolizei" or "Barracked People's Police", were basically military units of the Police and were charged with keeping public order.
First formed in 1948 under the "Hauptabteilung Grenzpolizei und Bereitschaften" (HA GP/B), they were renamed the KVP in June 1952. In 1956 these units were transferred to the newly formed East German Army (NVA).
The liner is quite different from the usual Czech Vz 53's, there are 12 tongues and the position of the ventilation holes are on the main body of the liner as opposed to the tongues, a "Y" strap configuration soon to be adopted with the M54 and M56, is present also. In several places on the liner a stamp in red "Sutterlin script" translates to "KVP/IV/54"
The photo below shows KVP units in training, the helmets being worn show the tri-colour insignia to the left side, a reference taken from Ludwig Baer's book "Geschichte der Deutschen Stahlhelm." 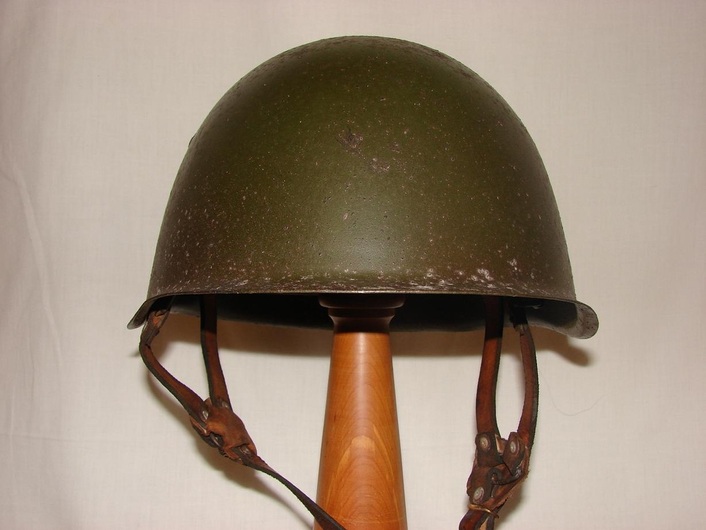 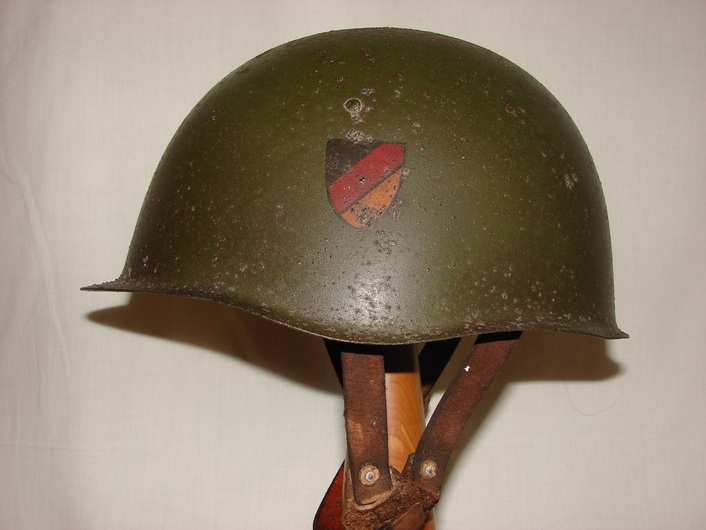 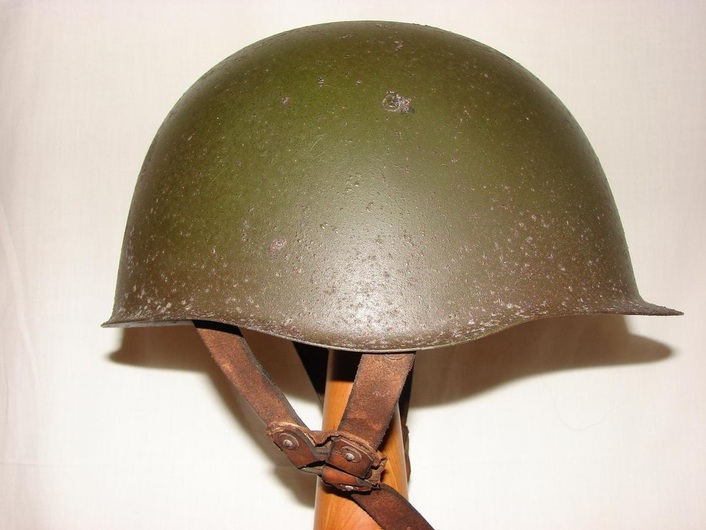 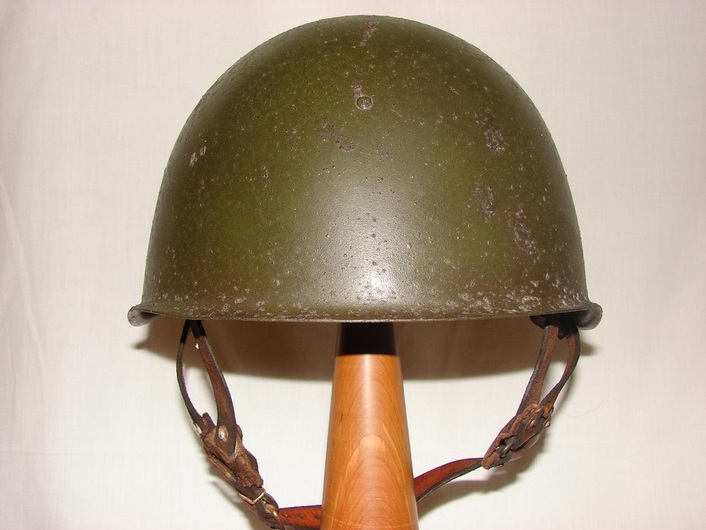 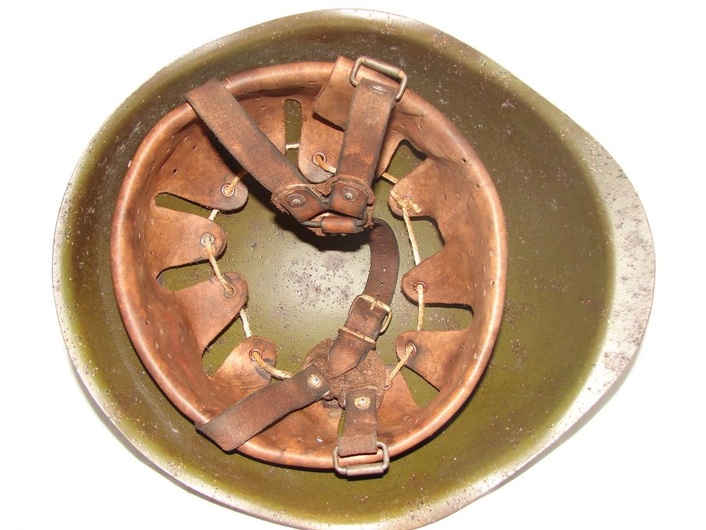 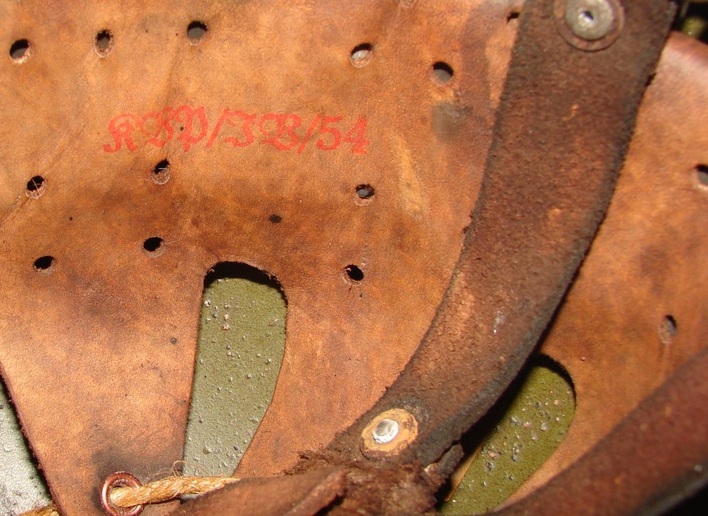 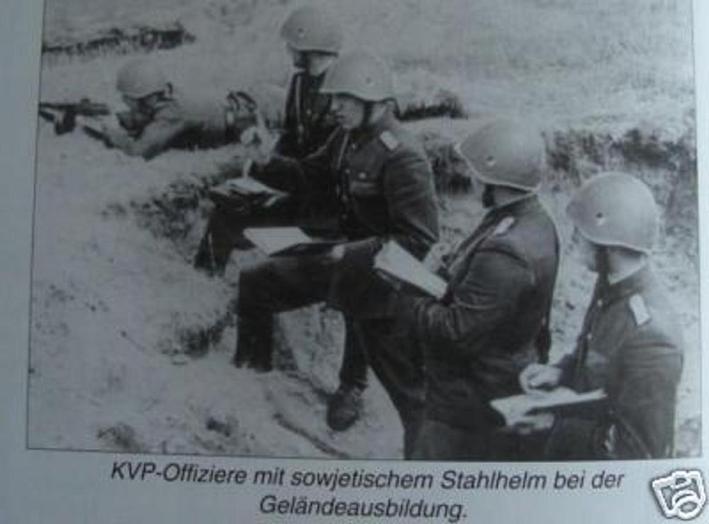