The main visible difference between this M16B and its predecessor is the absence of the two ventilation holes.
Retaining the three strap slots the M16B began production in early 1926 and a year later the last versions would be produced, these are the M16C and M16D which were without the two frontal strap slots, just one in the rear. The "C" model had a raw edge and the "D" a rim. The last of these M16's were produced in 1928 and in all only 22,000 "B, C & D's" were produced which makes these versions scarce helmets. This particular example is in excellent condition. 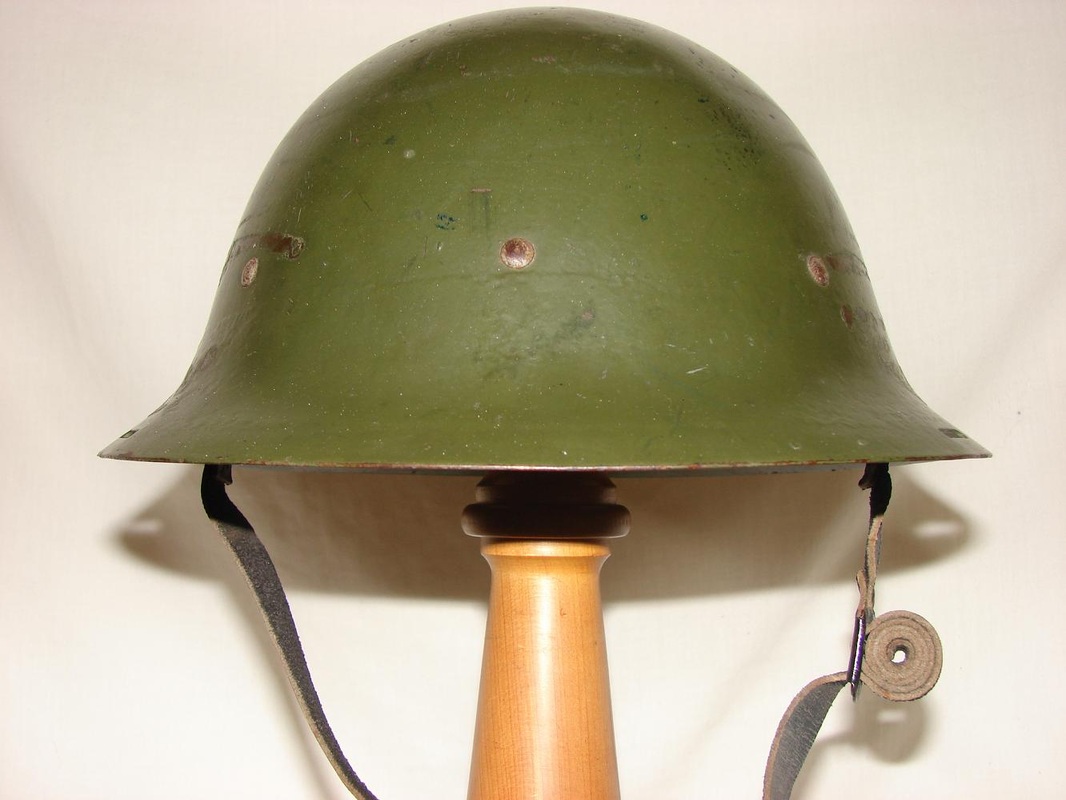 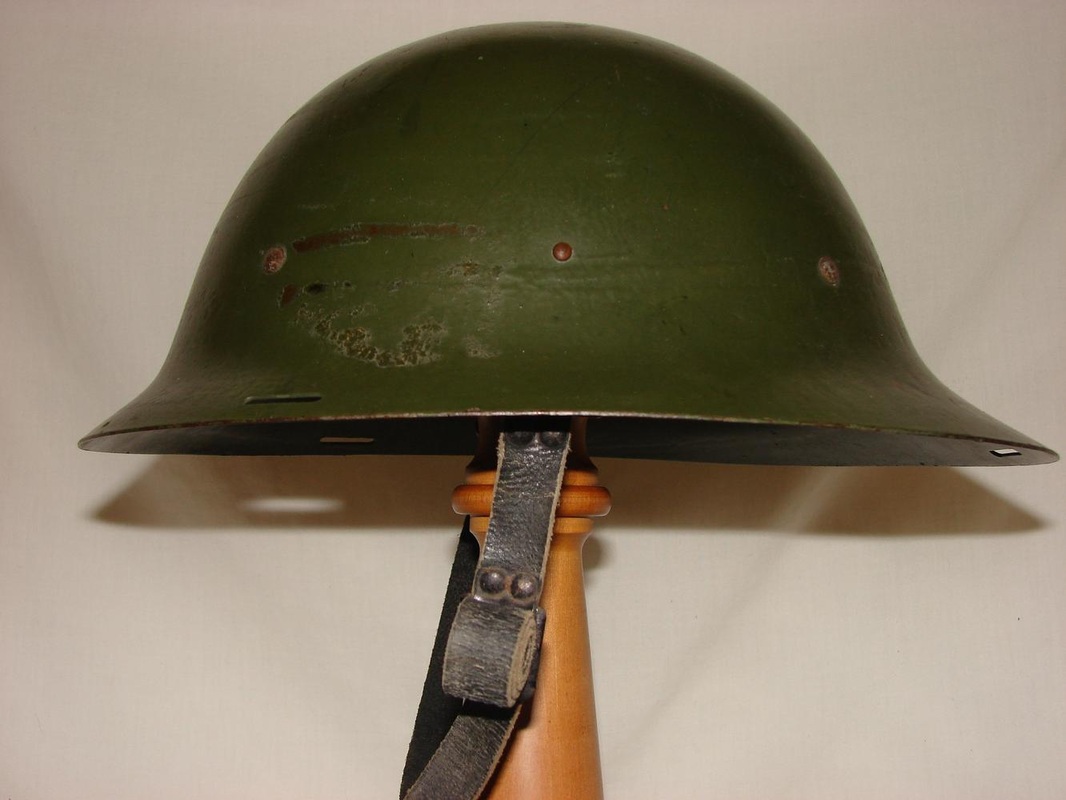 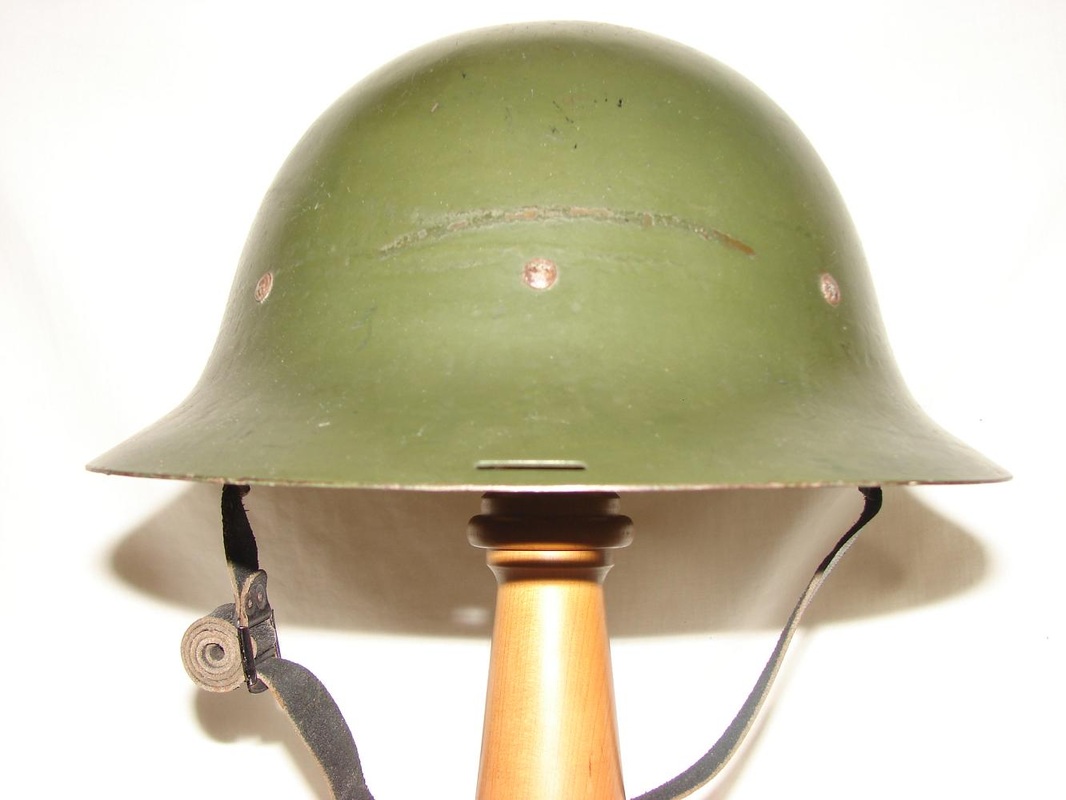 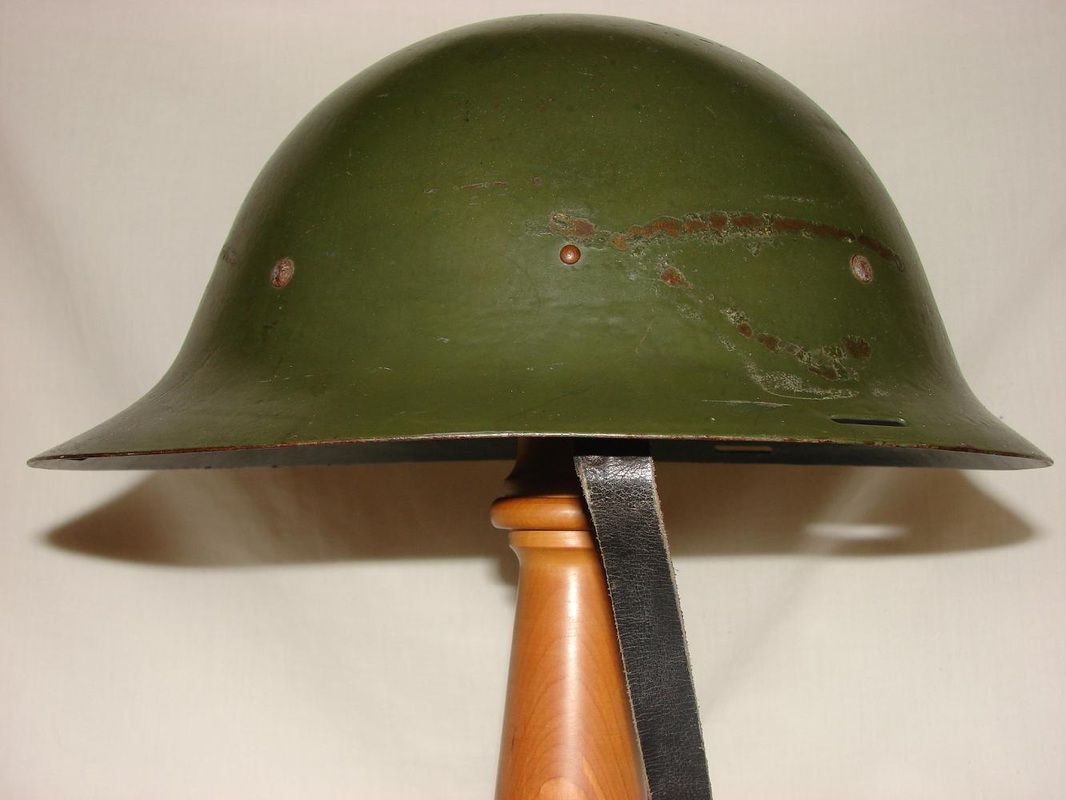 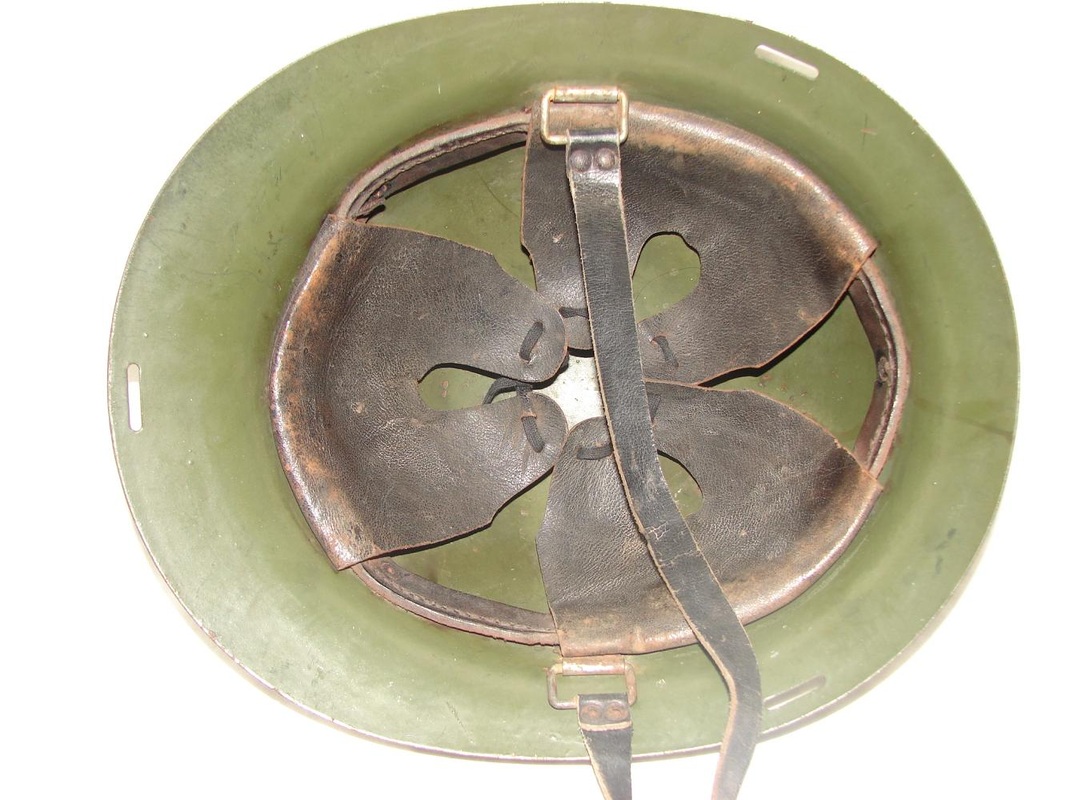