This Dutch M16, sometimes refered to as the M16A is firstly identified by the two vent holes on the upper sides of the helmet. The M16 was produced in two variations, one from 1916-1917, the other from 1917-1922, these were manufactured by "Van Heijst" and "Eskilstuna" Firms.
This example has the modifications consistent with examples produced from 1917-1922. The paint is a Lighter Olive Green as opposed to the Flat Dark Green of earlier variations, this particular repaint would have been done in the mid 1930's.
The liner also is the second pattern introduced in 1922-1924, The chinstrap is a later addition worn from 1926.
The M16B was manufactured from 1926, this example did not have the ventilation holes. All of these types were re-introduced in the 1930's due to a shortage in helmets during that period, they were repainted and upgraded chinstraps were also fitted. 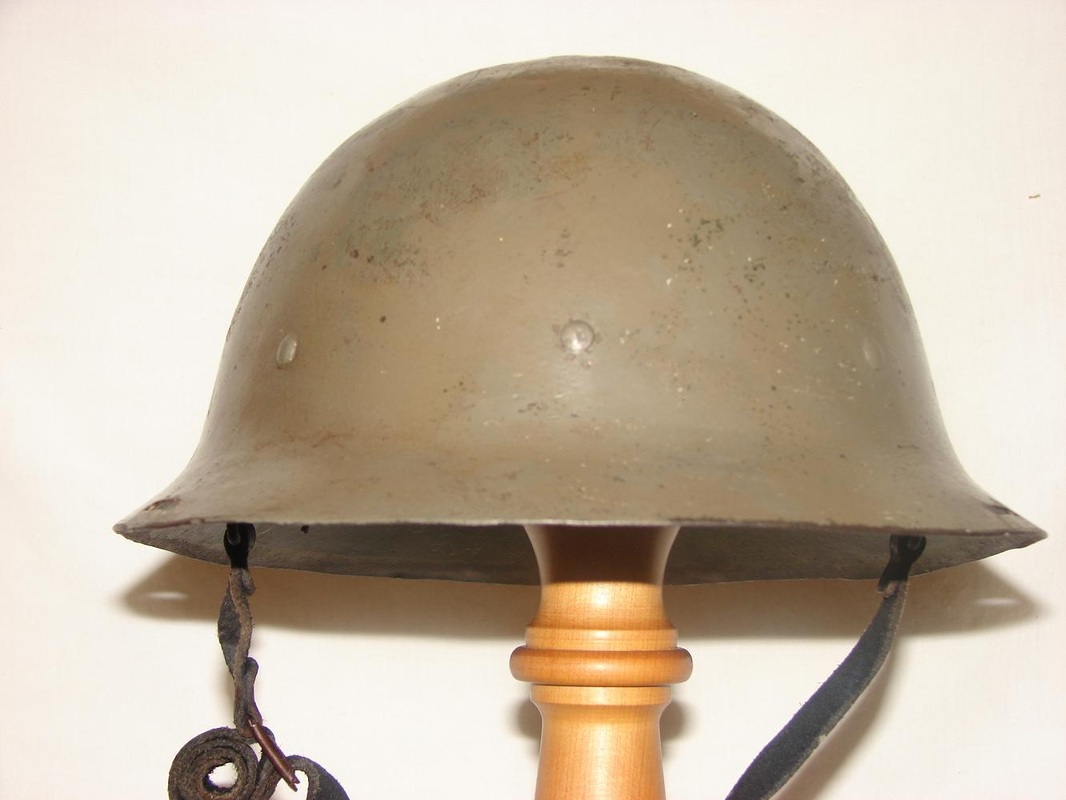 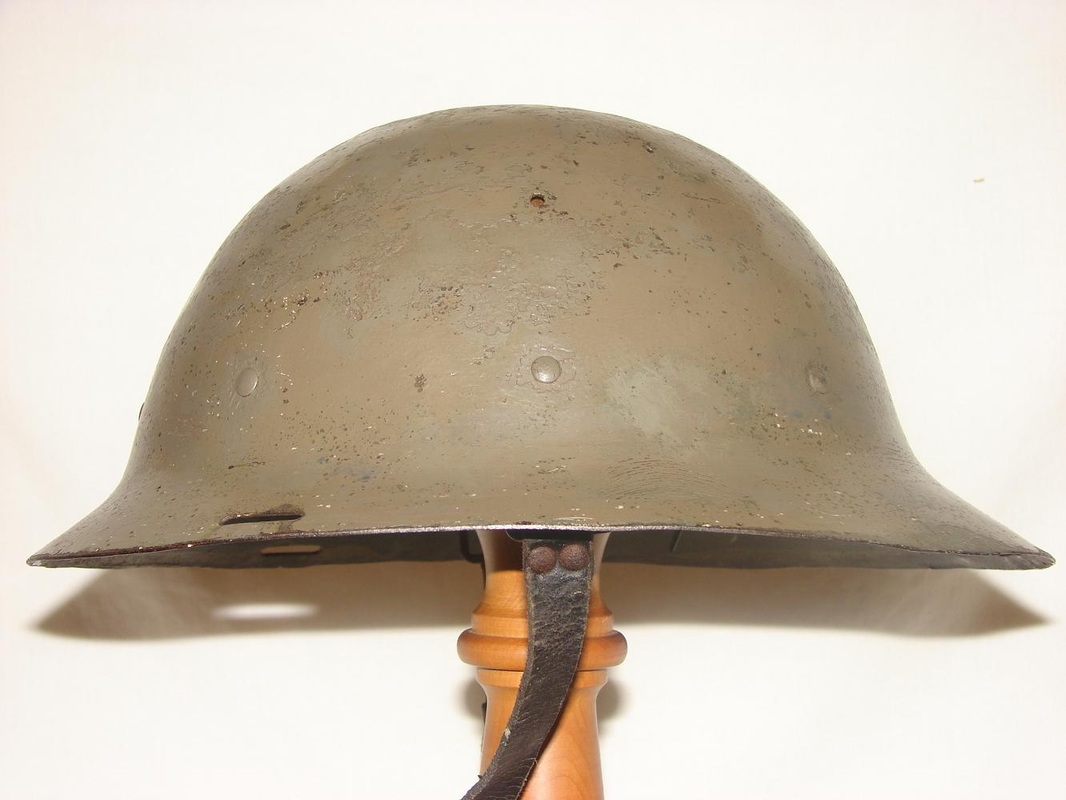 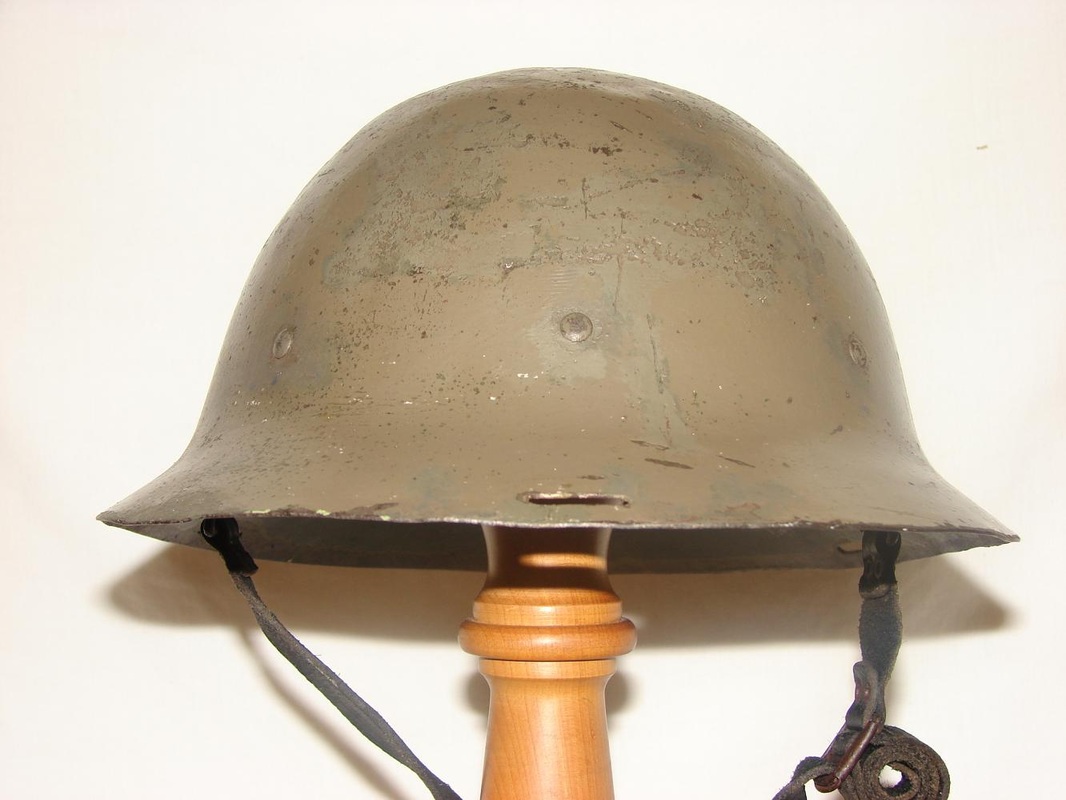 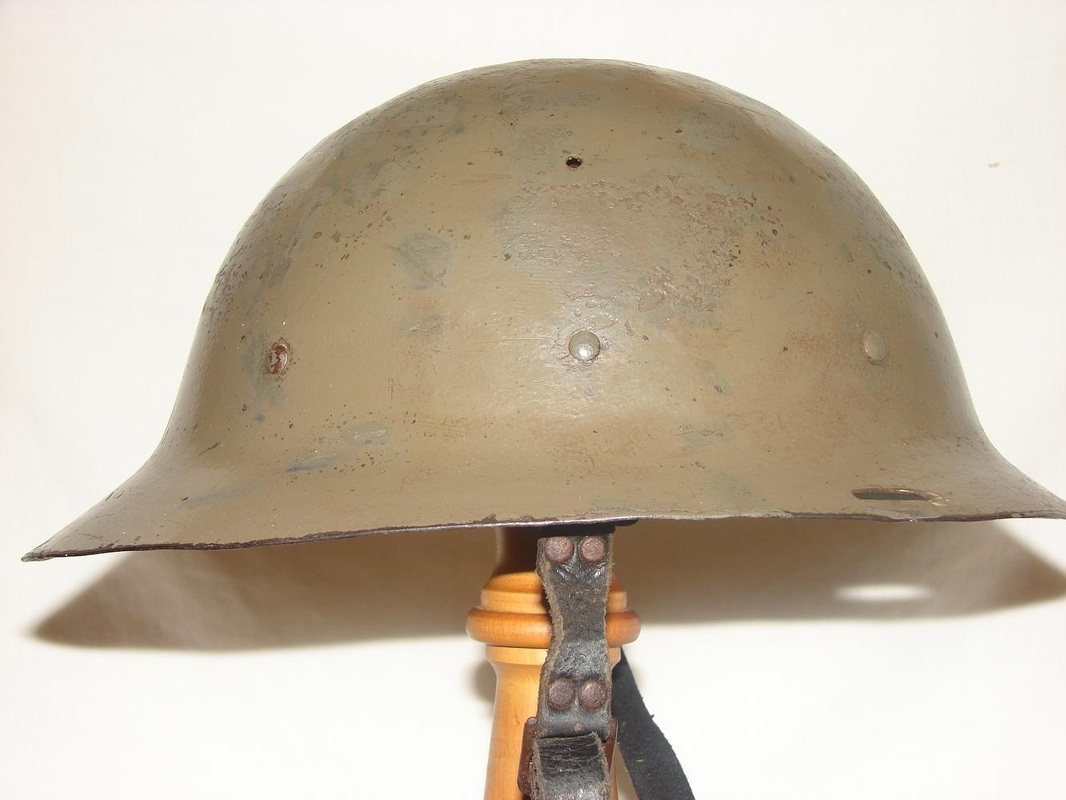 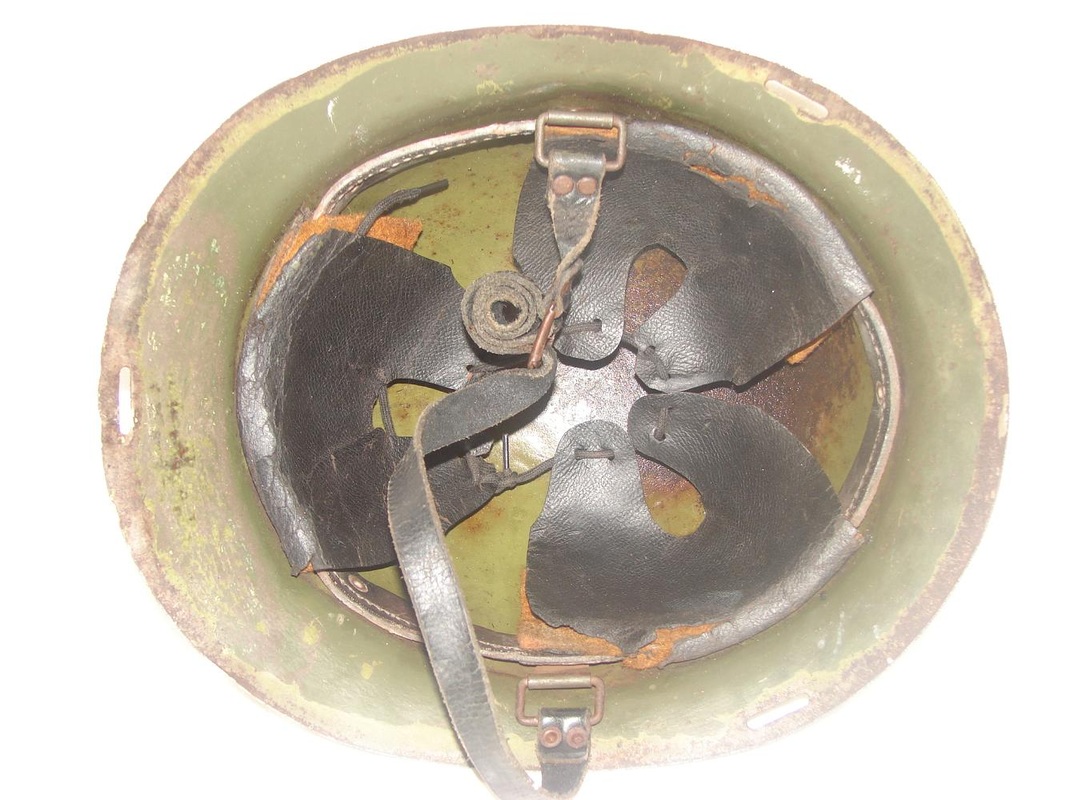 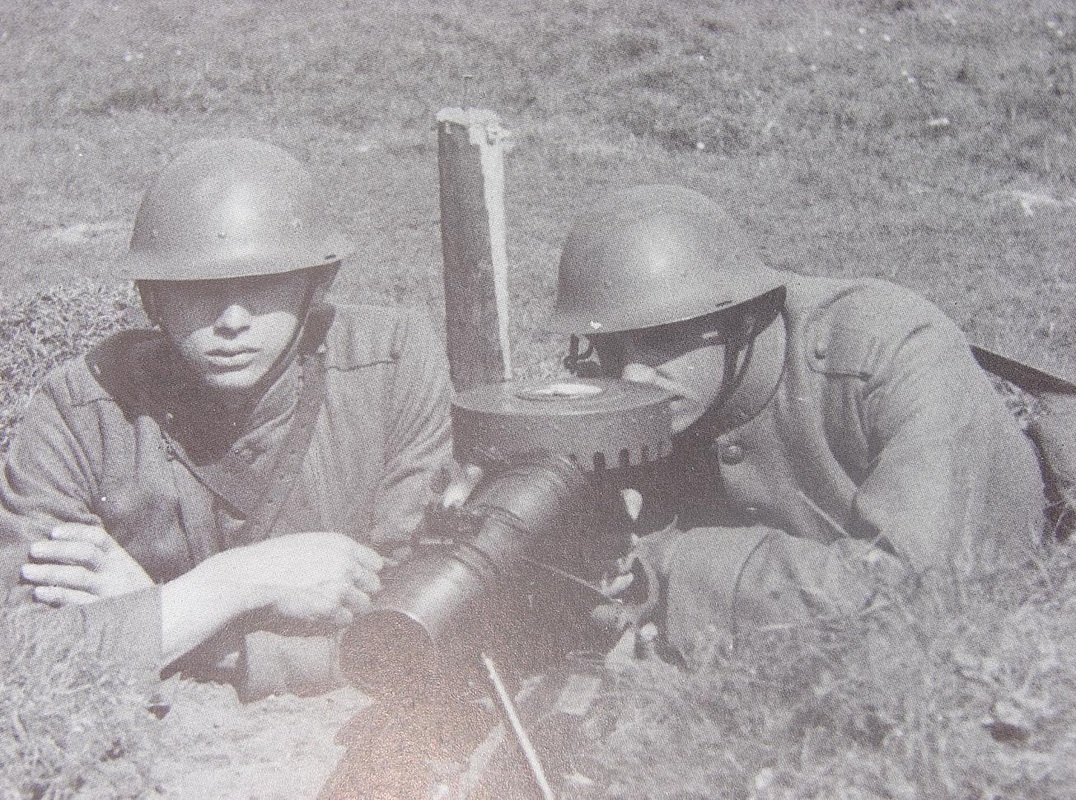