Swedish M21 (16), was the first of the Model 21 variations having a wider brim and a more pronounced crest than its successor, these helmets were developed in 1916 but did not come into production until 1923, made of quality materials at the Eskilstuna Factories they were produced in smaller numbers than the Model 21 (18).
This example has the usual frontal plate common with all early Swedish helmets, this helmet has also undergone a repaint at some point and another set of National Flag decals re applied to the sides, these decals were firstly applied to helmets of the Army only and during 1942. These helmets along with the M21(18) served until the end of WWII. 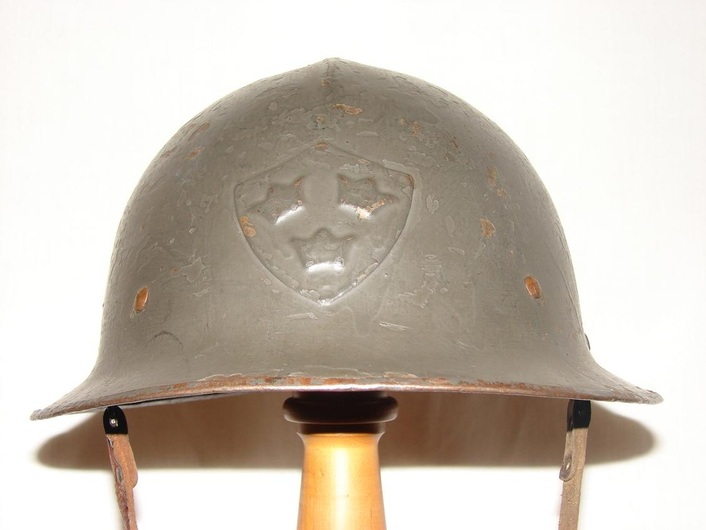 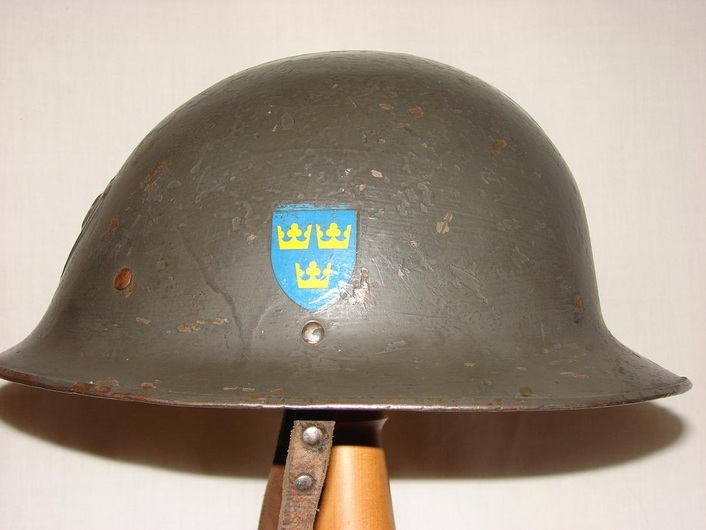 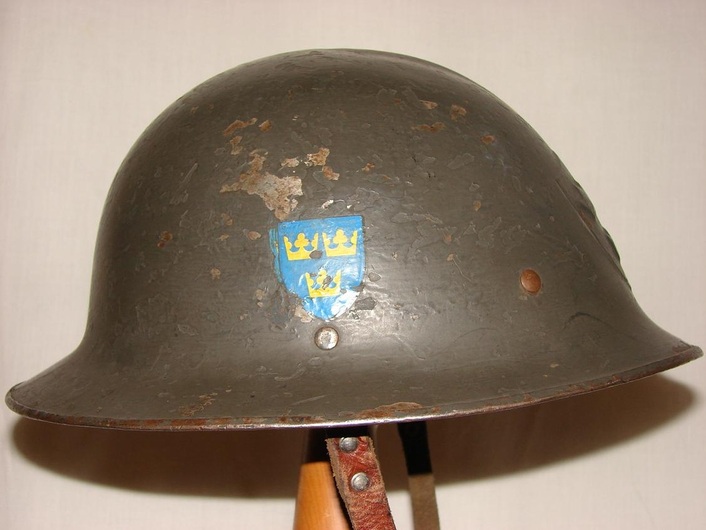 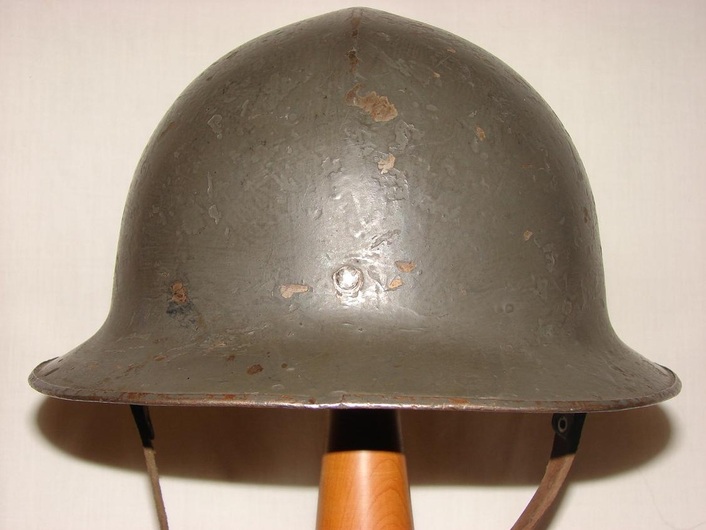 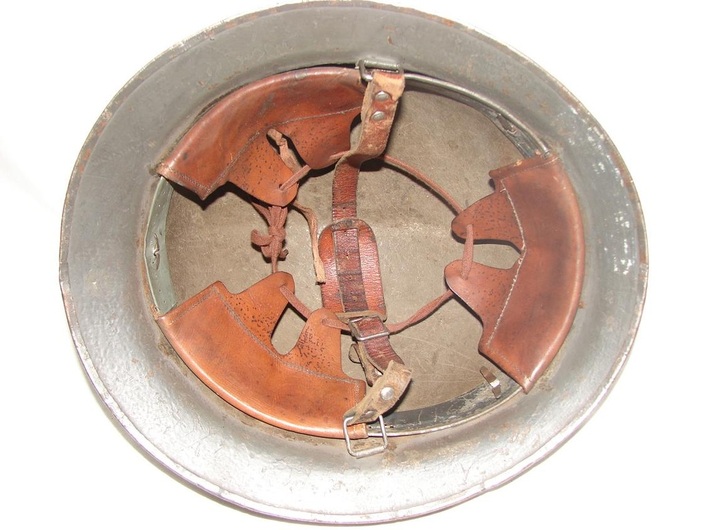 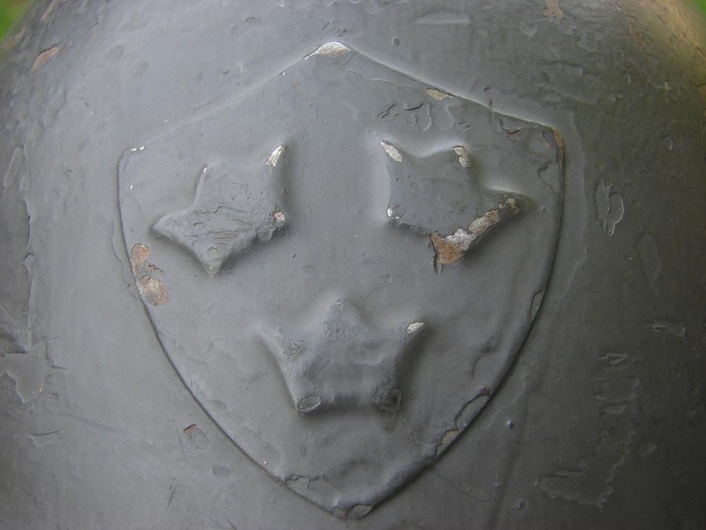 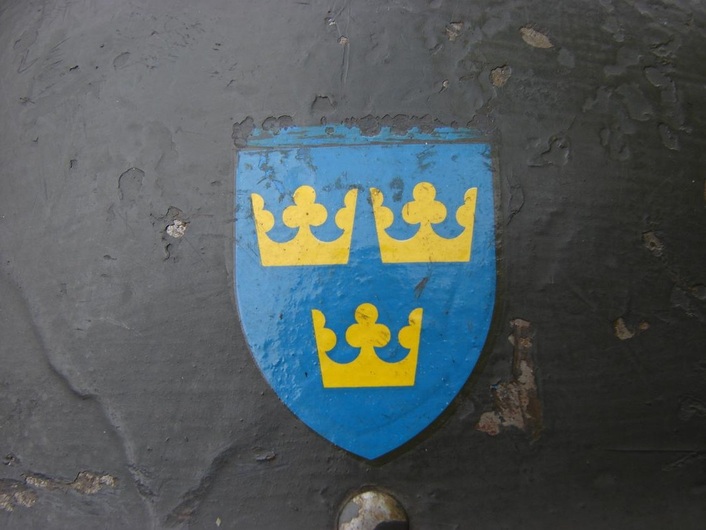 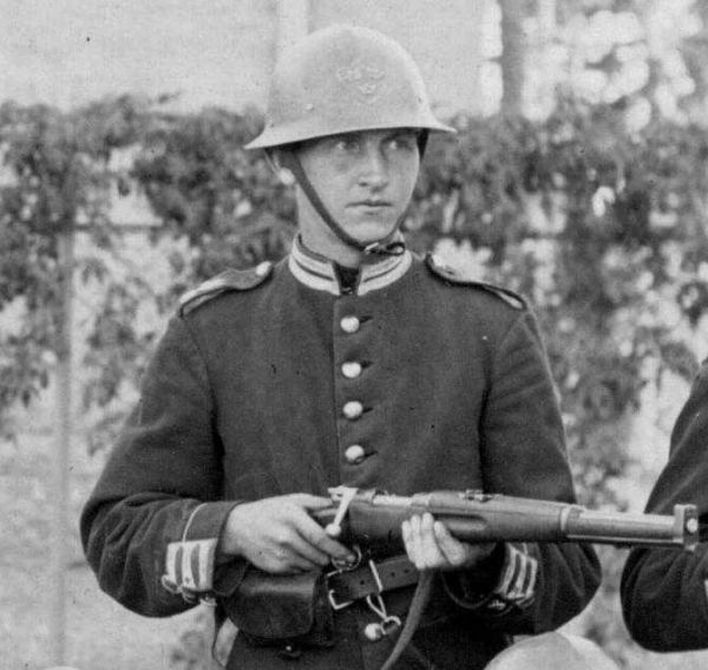