This helmet was manufactured pre WWII but has undergone a refurbishment in the form of a new liner, chinstrap and a repaint early in the post war years, hence the "51" in the title description. The "A" series of helmets were the only examples to have a rolled rim.
The cover shown below is the rare "Zhabezhka Kozha" pattern or "Frogskin" as it is commonly referred to, first developed in the late 1960's then issued in the early 1970's to apparently Airborne, Chemical and Border Patrol Units, (though this is not confirmed), this camouflage was mainly in overall form, very few helmet covers were made.  (Courtesy P Phipps Collection) 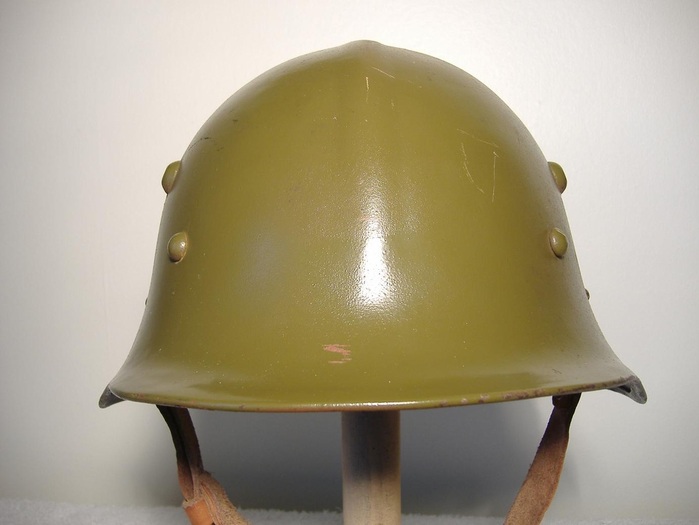 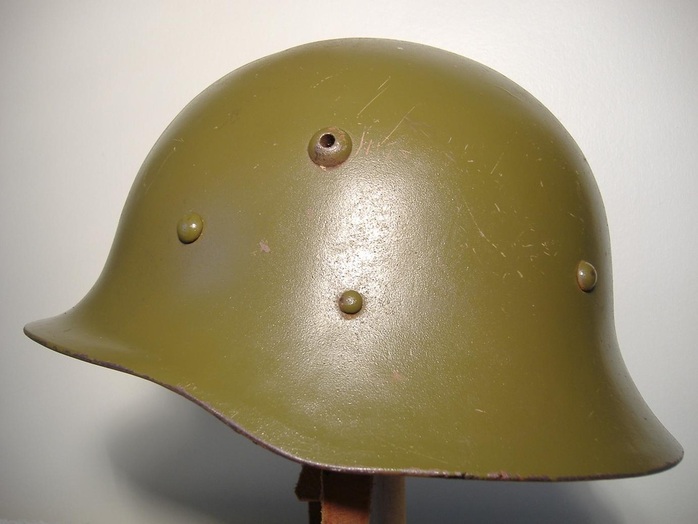 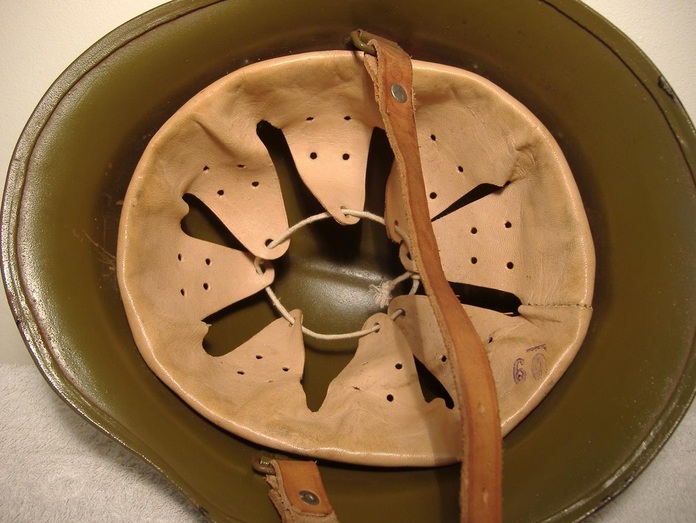 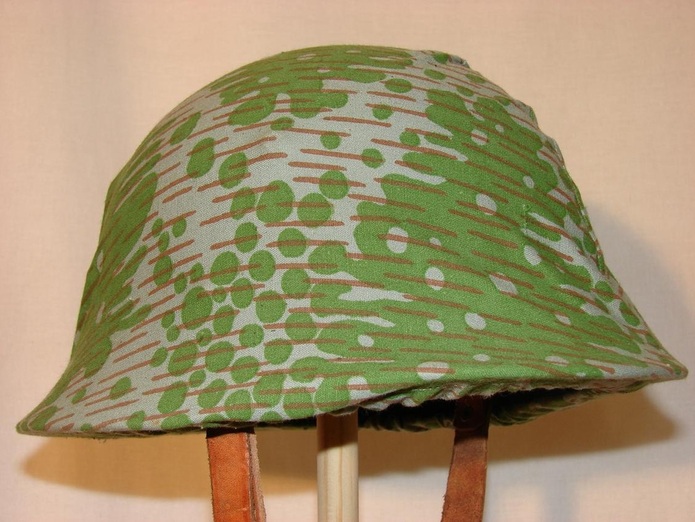 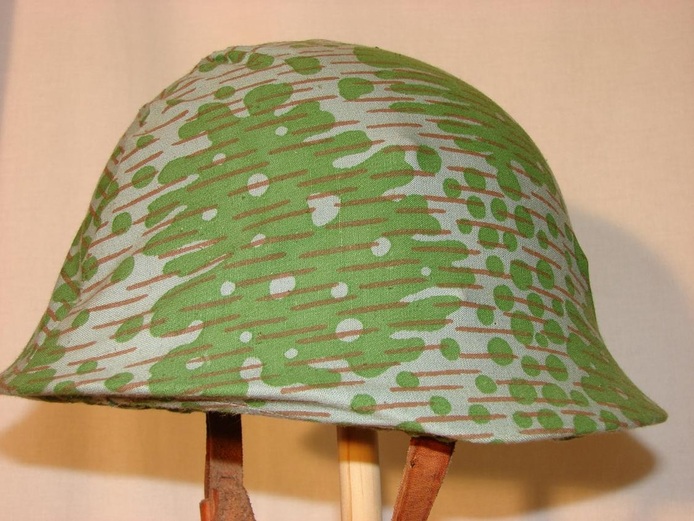