Early Austrian helmets were supplied by Germany, this example would have been amongst the first shells supplied as the chinstrap rivets are still in a lower position. The Austrians fitted their own chinstrap bales, chinstraps and liner and painted them in  Austrian "Isonzo braun." These modifications were carried out with German machinery at the "Adolf Westen di Cilli" factory, which is now Celije, in Slovenia.
The shell bares the stamp "ET 64" (E.T - Eisenhuttenwork Thale A.G, size 64). In addition there is a triangular Austrian Arsenal ink stamp on the inside skirt of the shell.
A beautiful example procured from an advanced collector in 2011. 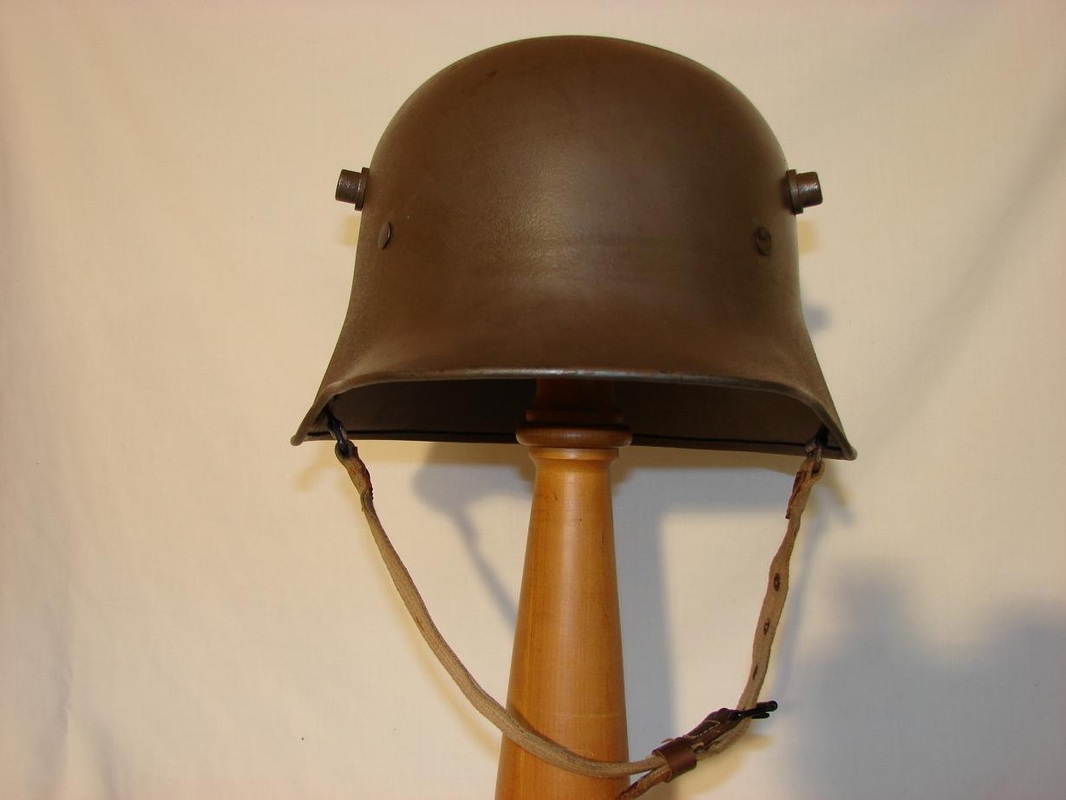 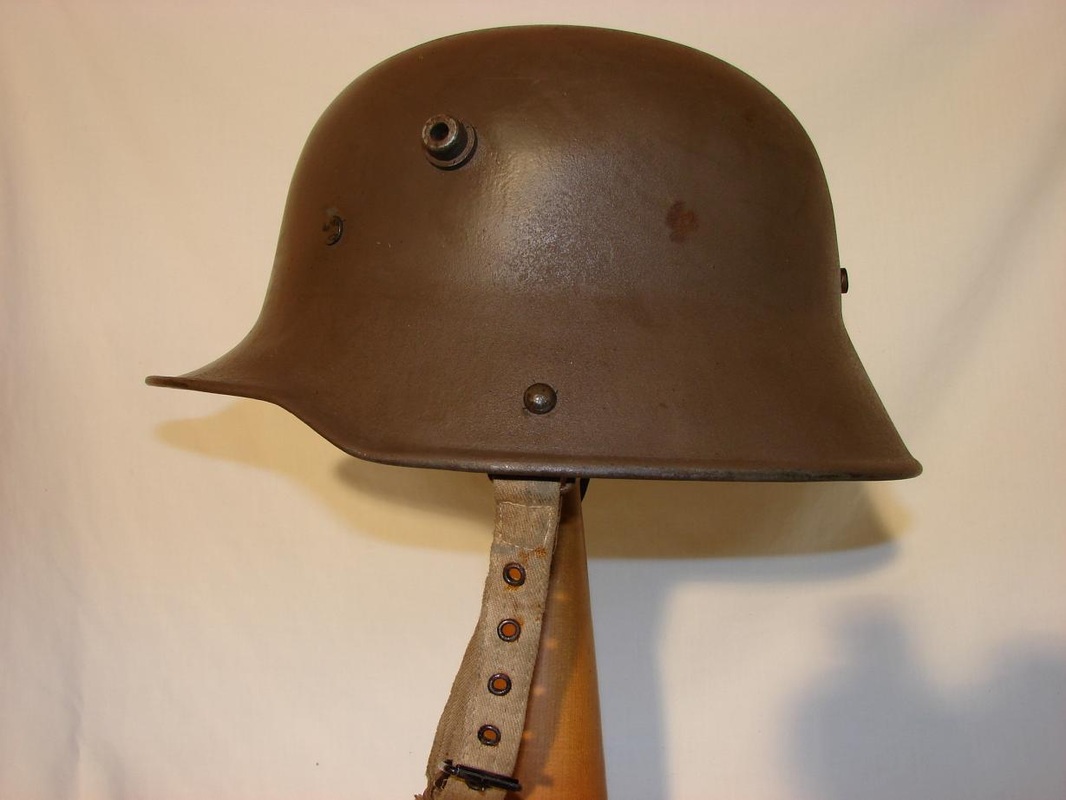 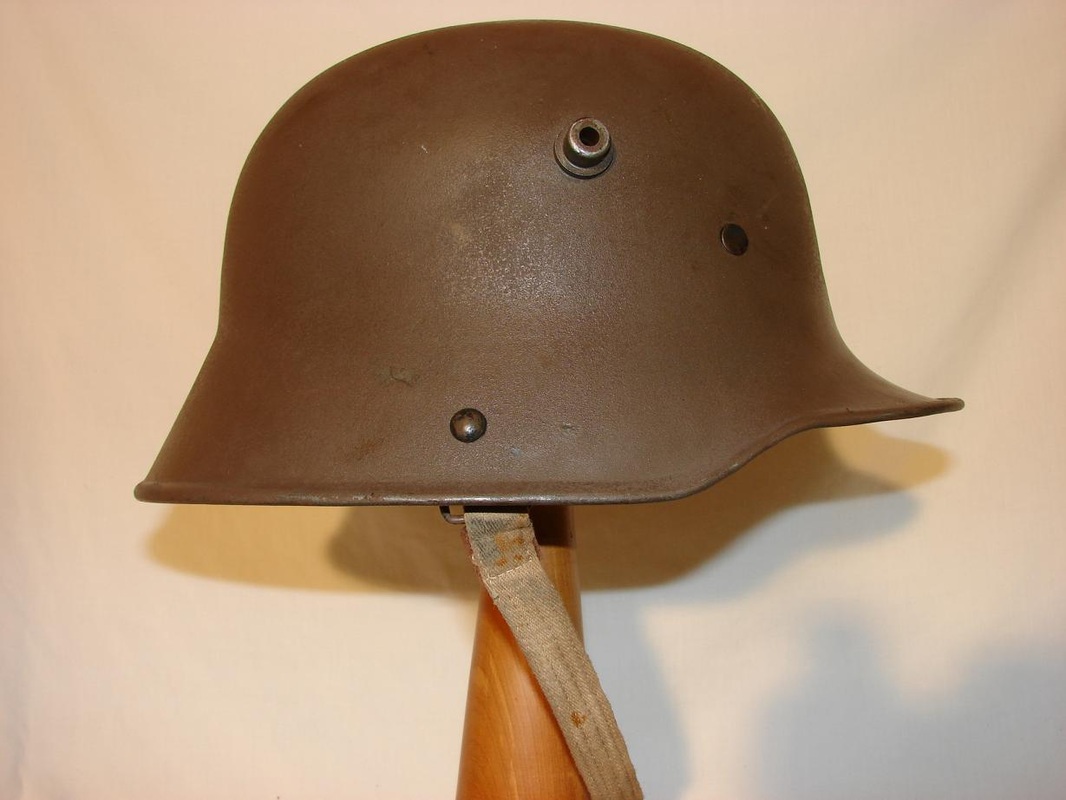 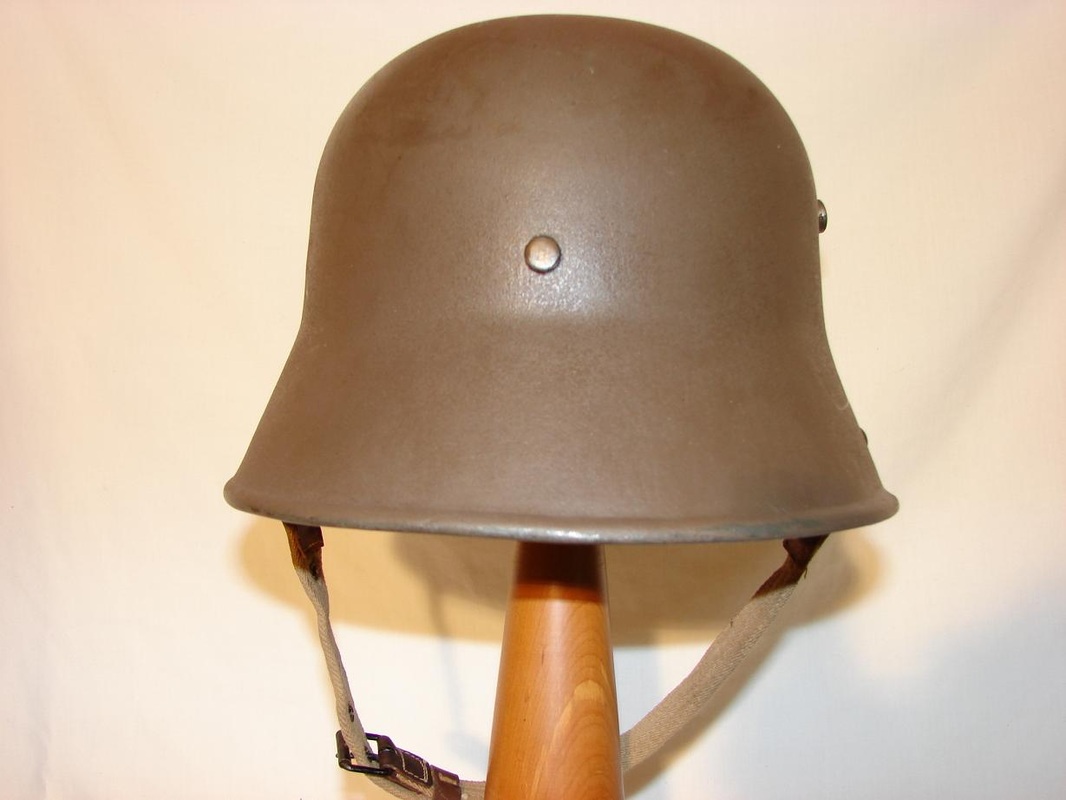 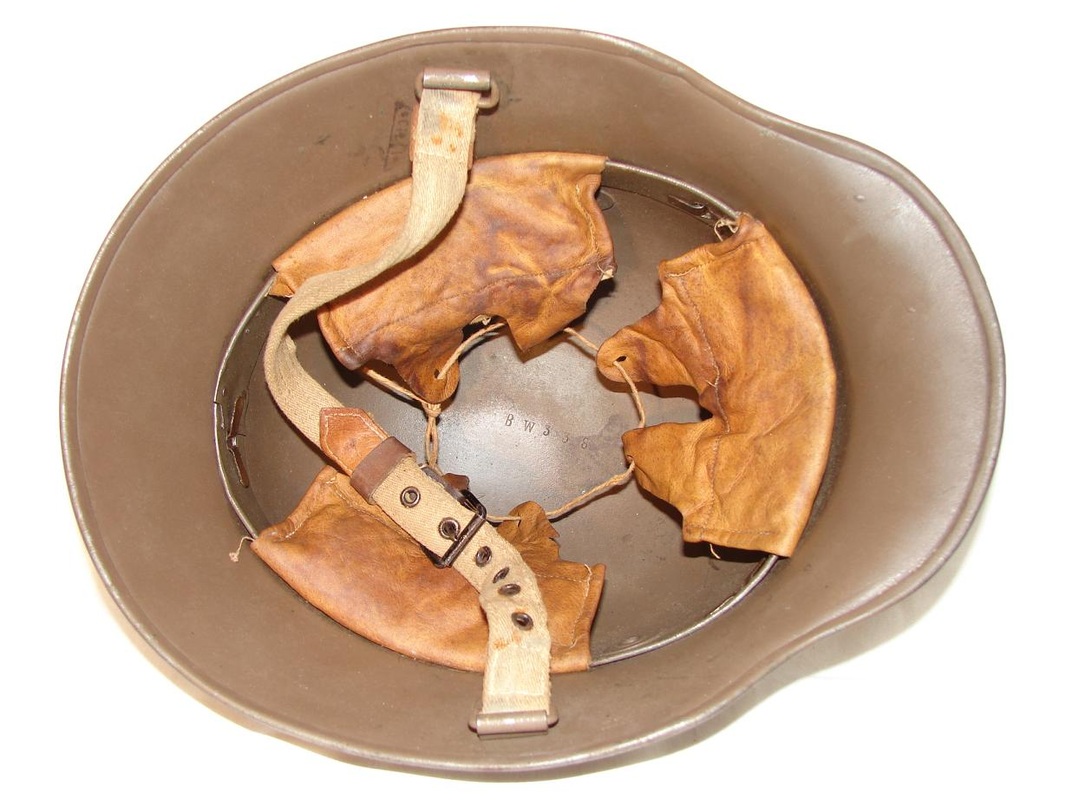 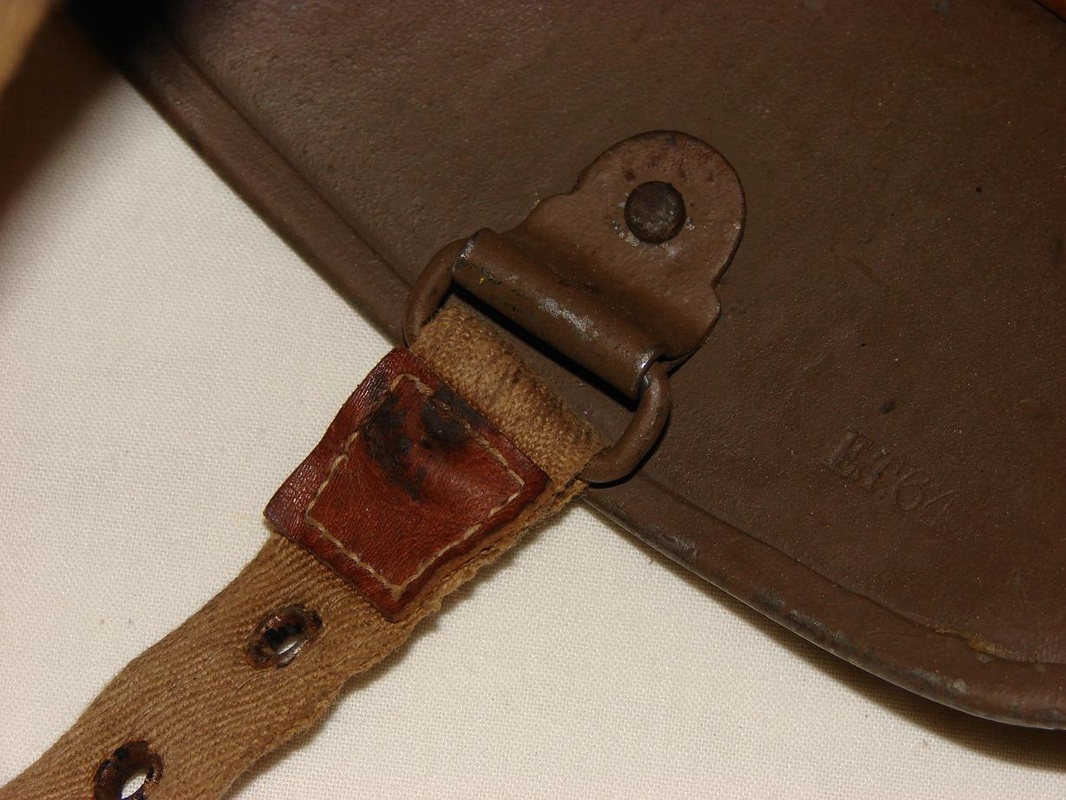 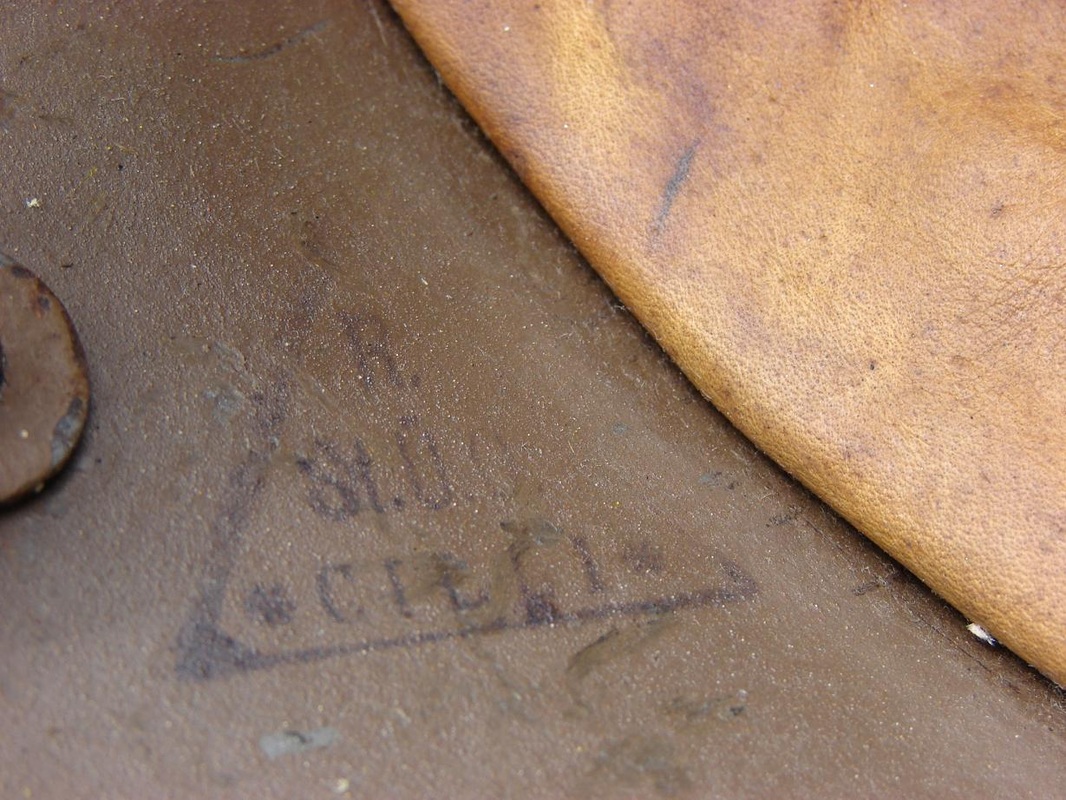 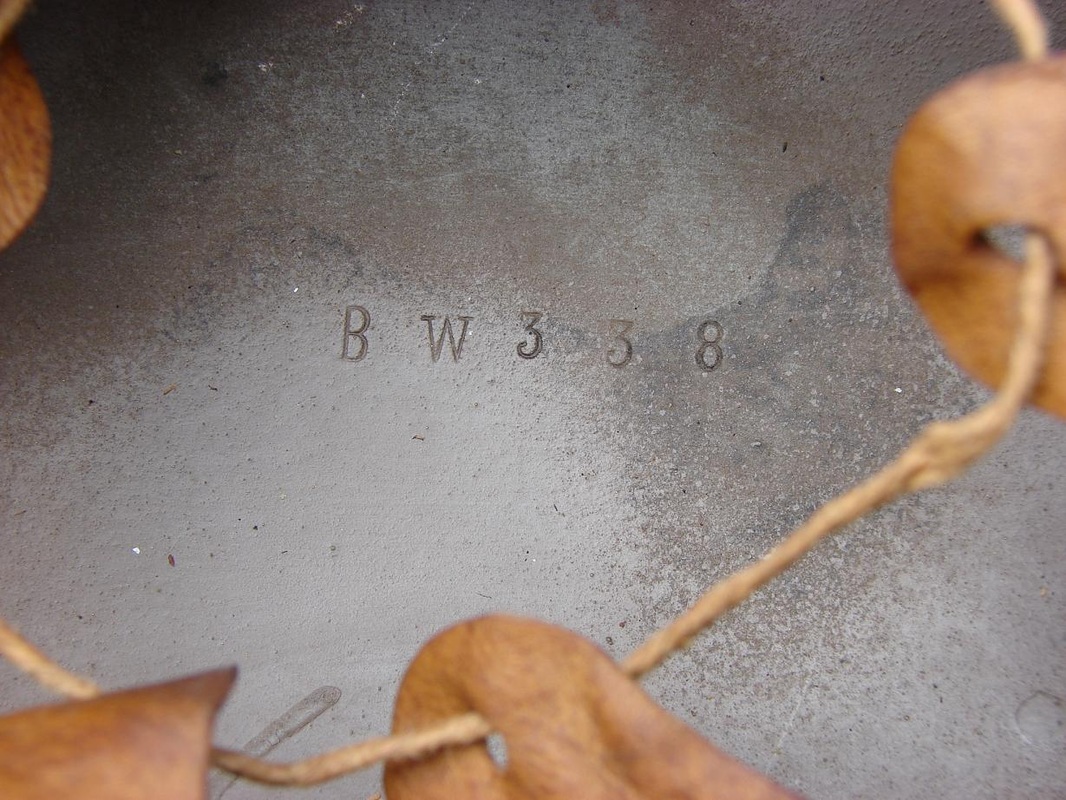 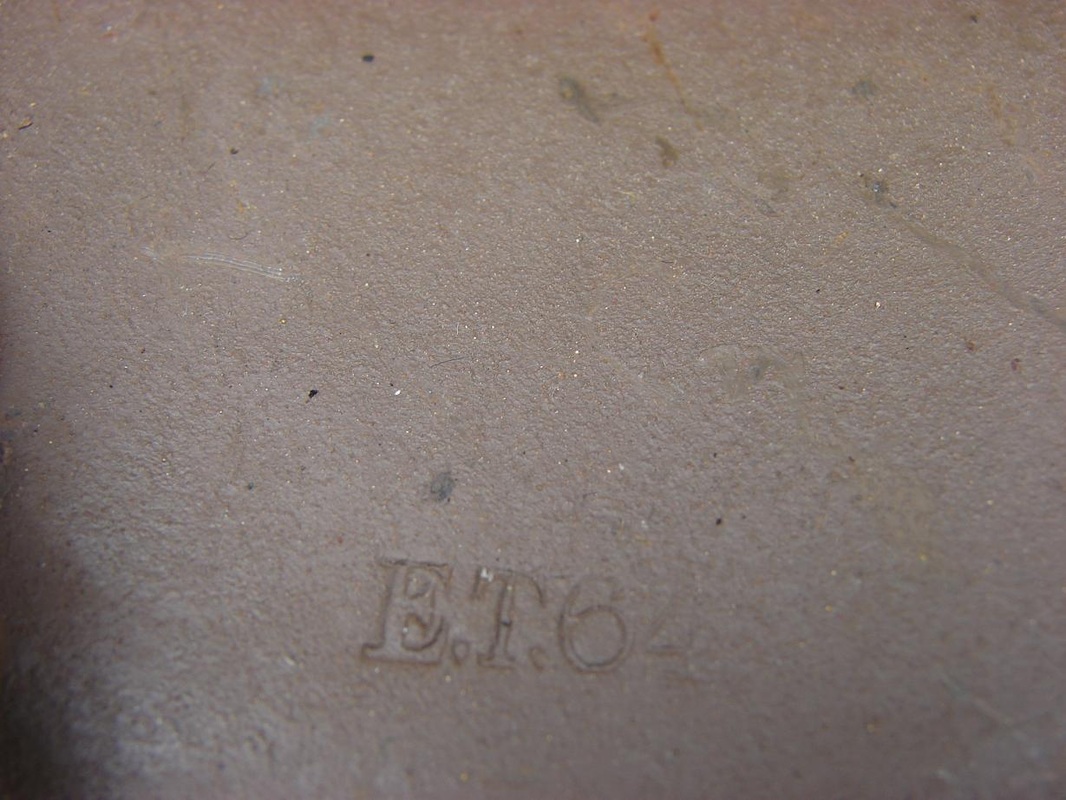 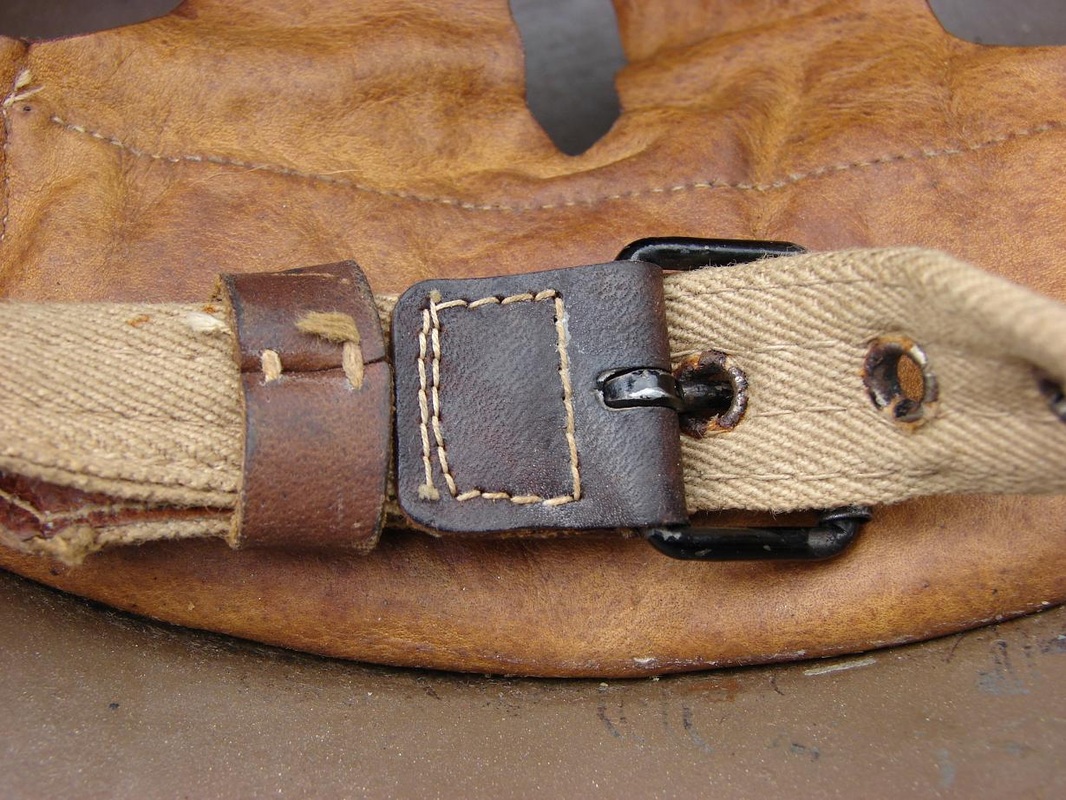 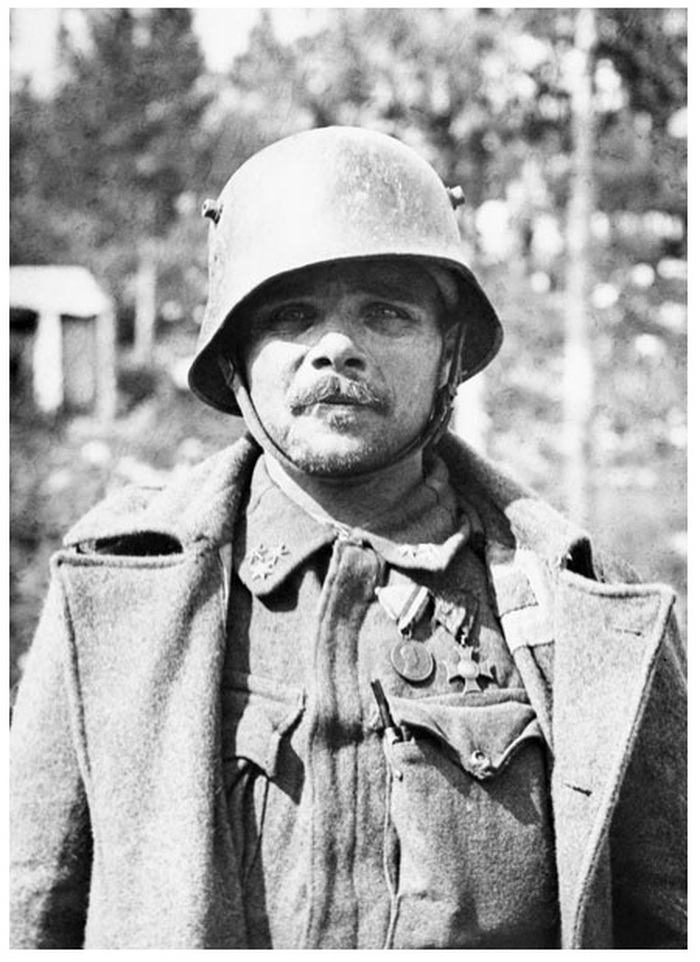