The KNIL (Koninkiijk Nederlandsch-Indisch Leger) or Royal Dutch East Indies Army numbered just over 75,000 in 1941/42 made up of Dutch and Native Indonesians (approx 40/60) they capitulated to the Japanese  in 1942 and most Dutch spent their time in POW camps for the remainder of WWII.
The M38 KNIL helmet is first recognised by the neck flap attached to the rear, and the shell has a less of a rear skirt than the previous models.
This particular helmet is known as the "Milsco" pattern. According to Kevin de Joordes book "Dutch Helmets 1916-1946" this is one of two variants made at the  "Milwaukee Saddlery Company" (Milsco for short) in the USA. Identified by the liner ventilation holes, chinstrap rivets and buckles and other "white" aluminium hardware etc. These models were produced without the frontal badge. 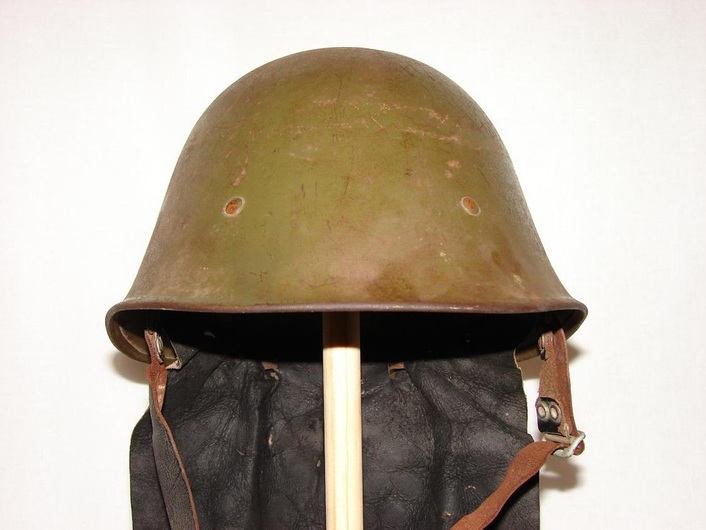 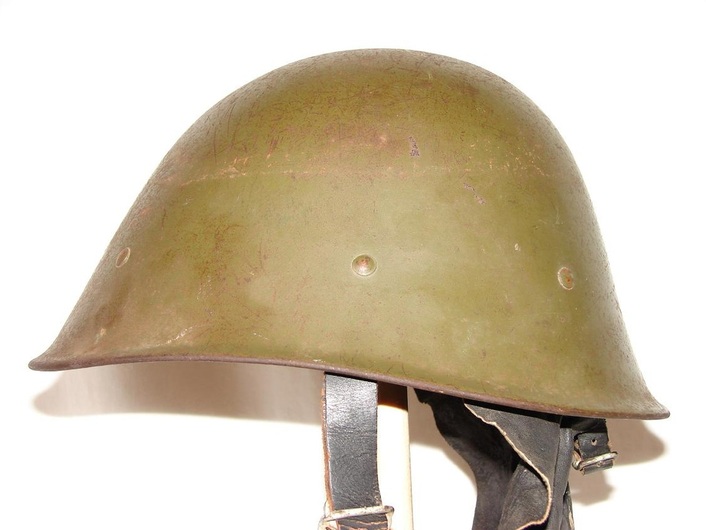 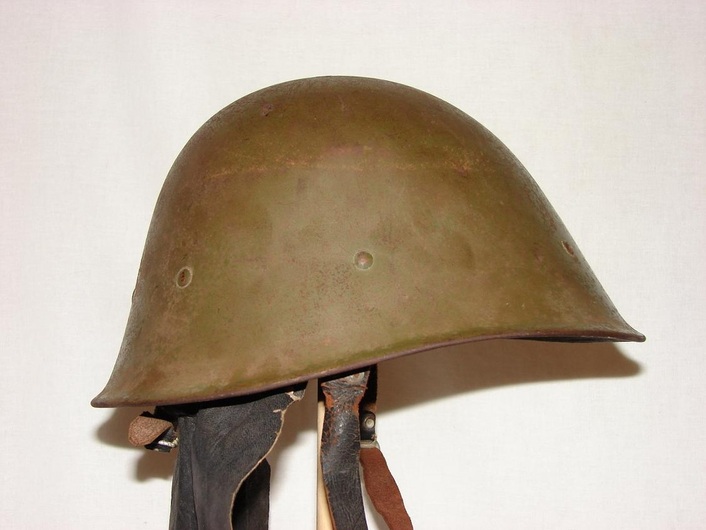 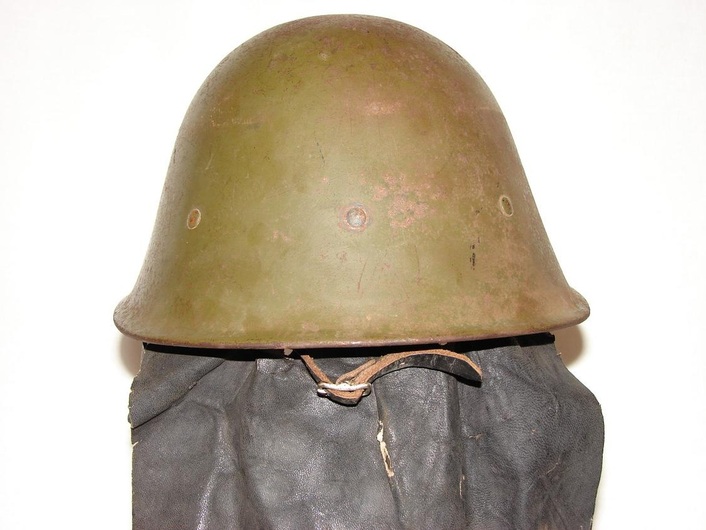 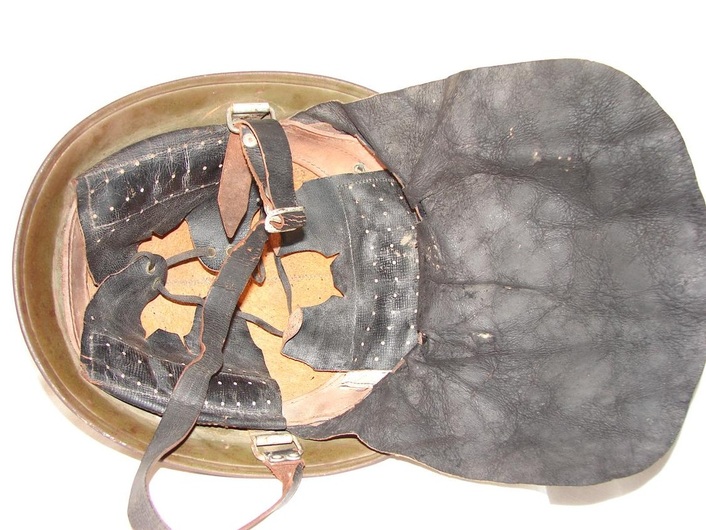 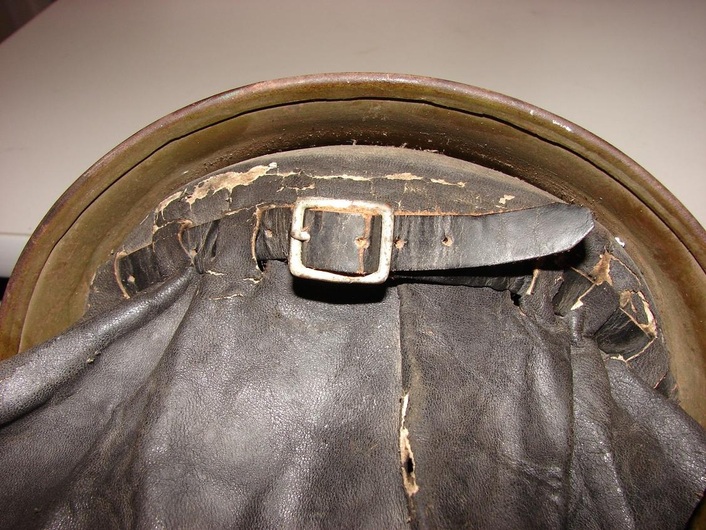 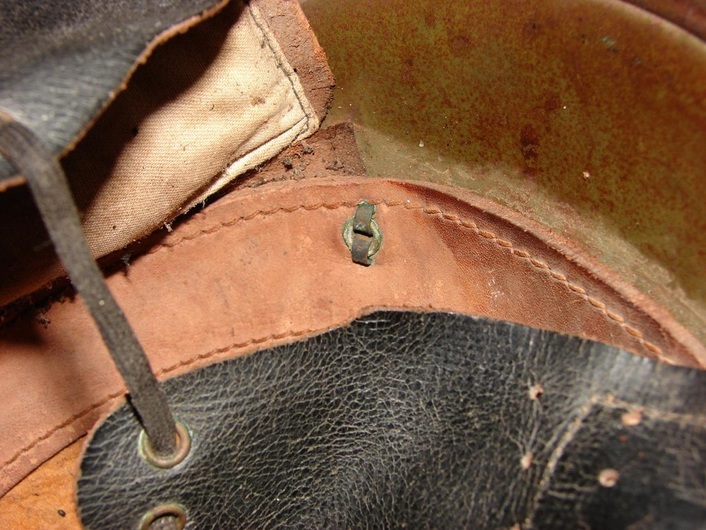 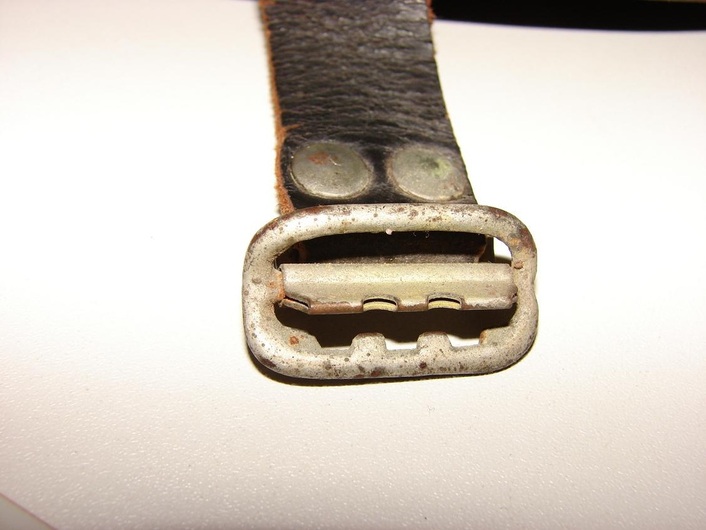 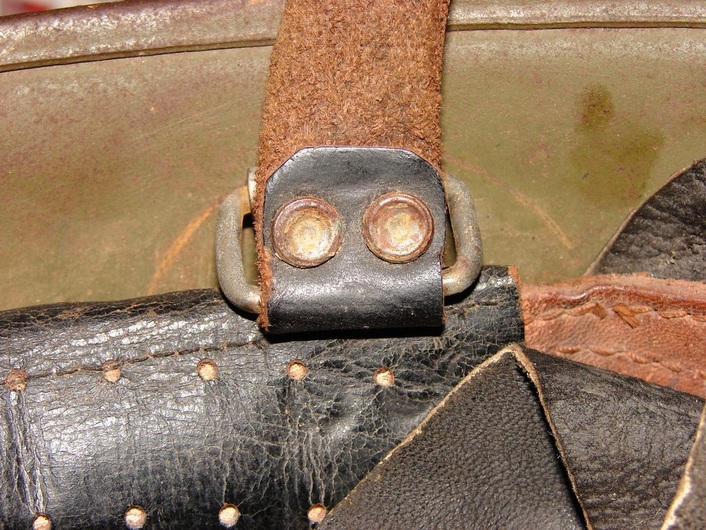 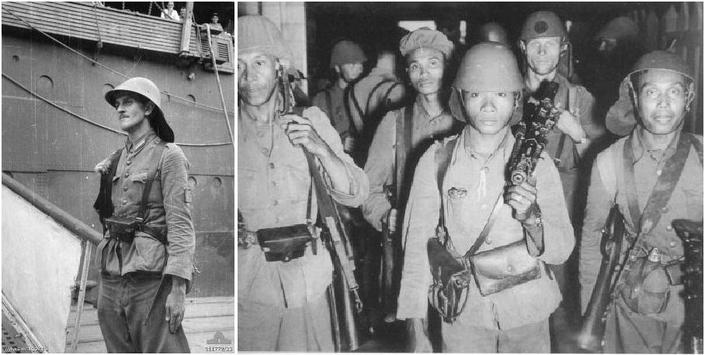