Adopted from the 1950's, the US M1's remained in service well into the 1980's. The liners were made by the Chilean company Baselli Hnos Ltd from 1983, this liner has the rare painted stencil with gold border to the right side.
The cover is the reversible "Block" pattern used exclusively by the Marines, these covers were used primarily on the M1A1 helmets.
The photo below shows Marines training on the Island  "Nueva" near the Cabo de Hornos. The picture is probably taken, in the 1980's.. 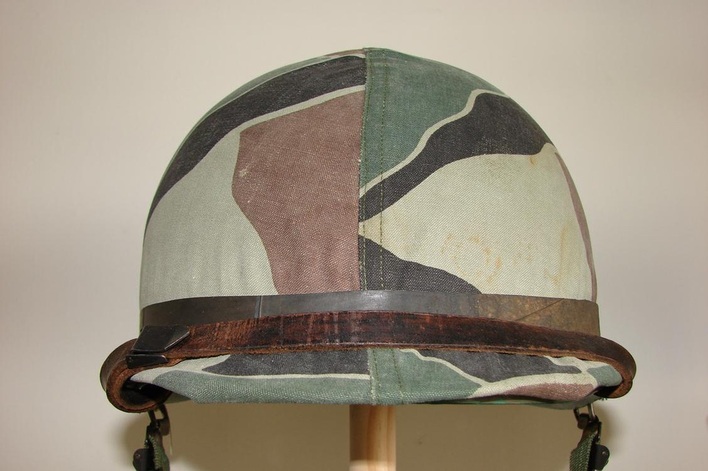 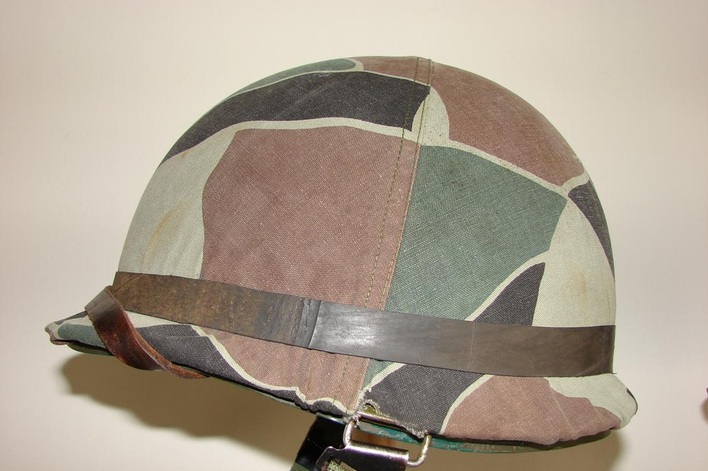 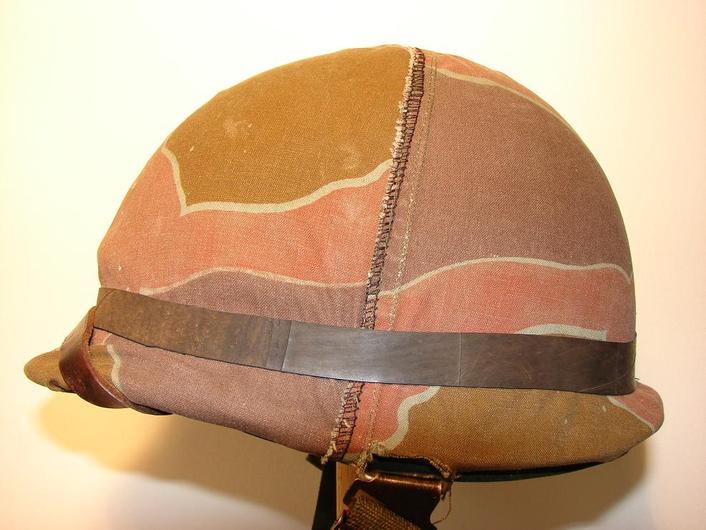 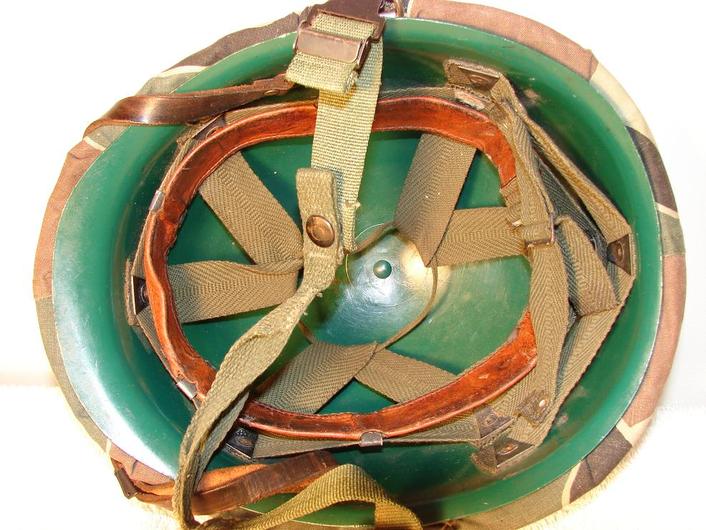 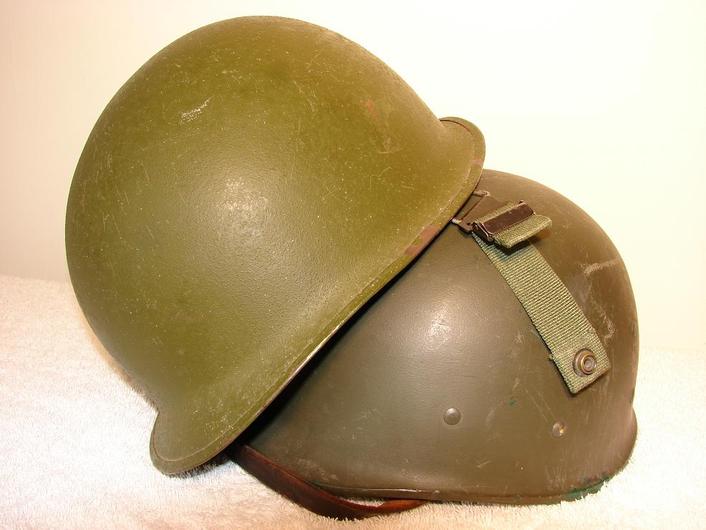 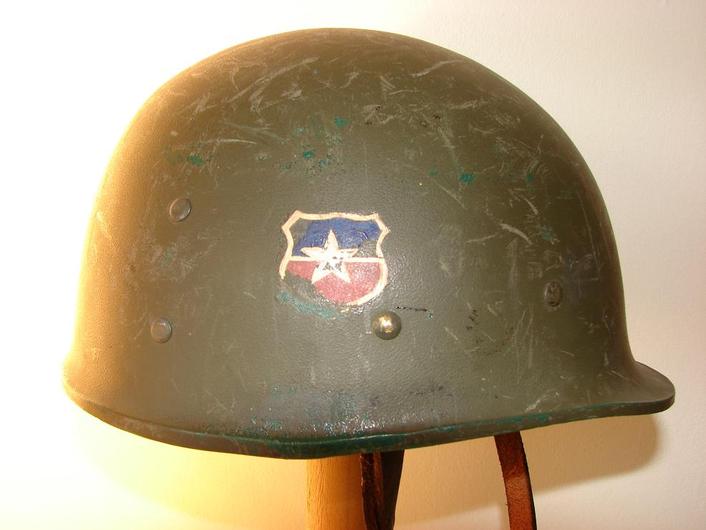 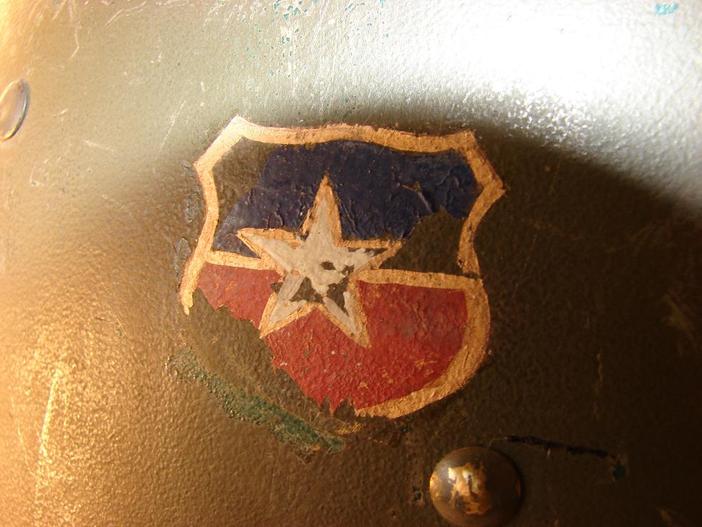 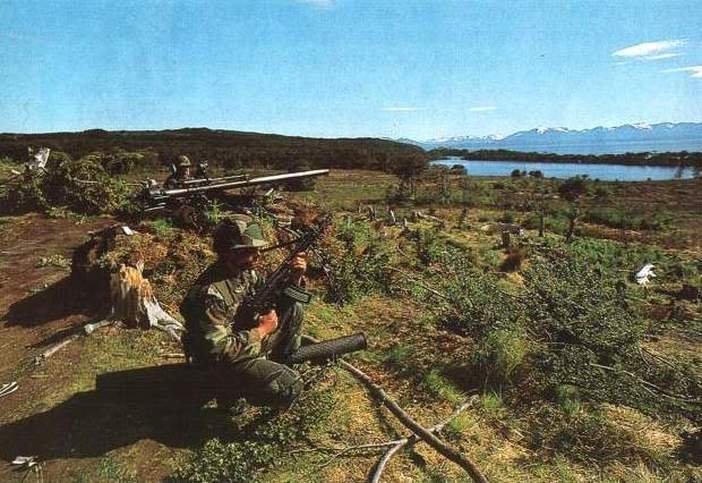