Czechoslovakian Vz32 reissued for use by the German Allied Slovak Army during the Eastern Front Campaigns of the Second World War. These helmets had a blue band painted around the base of the shell apparently to distinguish them apart from the Soviet forces.
Slovakia fielded only two full divisions during the war, therefore  original helmets are very scarce, I say that as there are many copies of these that have surfaced over the years.
Thanks to the research of the previous collector I obtained this helmet from, we have some history on the former soldier. The helmet has a name tag inside the shell with the name "Karol  Hartinik" along with his unit number "2/II B". The Slovakian Army  used Arabic numbers for Regiments and Roman numerals for  Battalions, therefore it is believed Karol Hartinik belonged to  the 2nd Infantry Division, 2nd Artillery Regiment, II Battalion B Co. The 2nd Artillery Regiment had 3 Battalions (presumably I, II & III)   The II Battalion had 16 10cm Vz 14/19 Howitzers.
The double white cross was stencilled to the side of the helmets,  sometimes on both sides. Pictures show Infantry units generally have these crosses slightly forward of the chinstrap rivet, Artillery tend to be directly above the rivets, this is observation more than fact however. 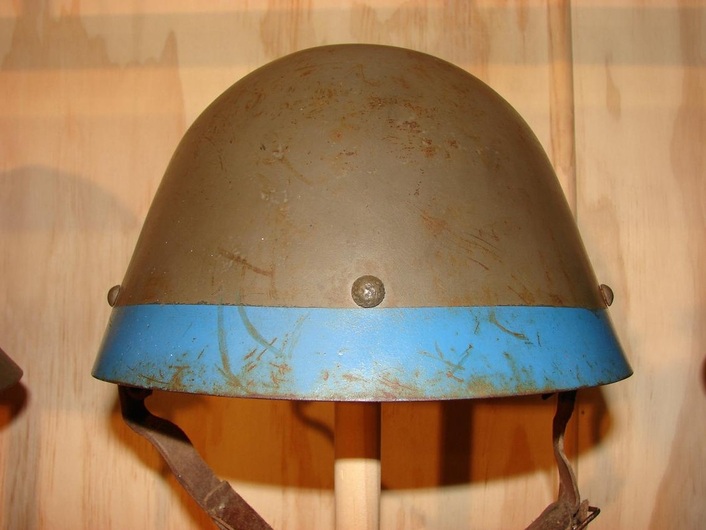 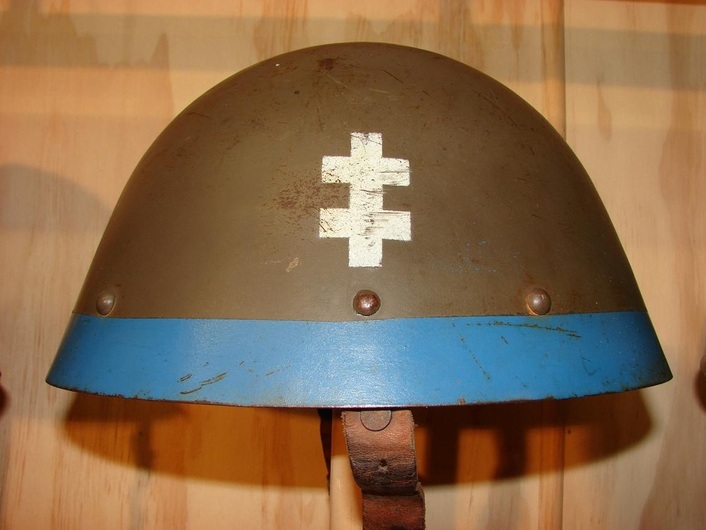 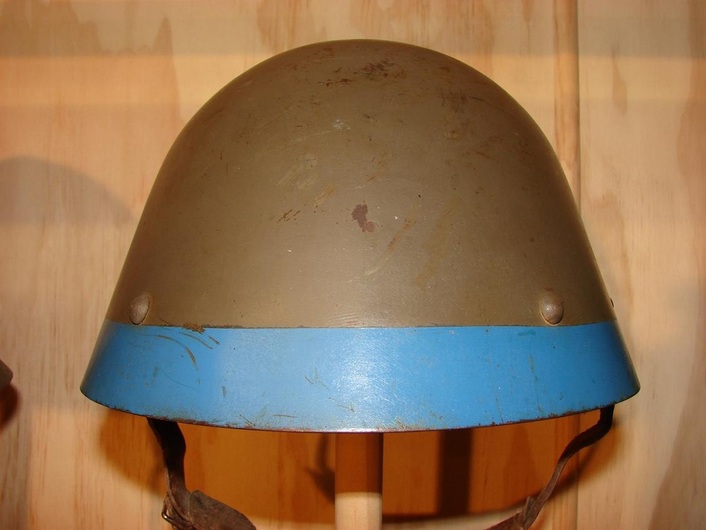 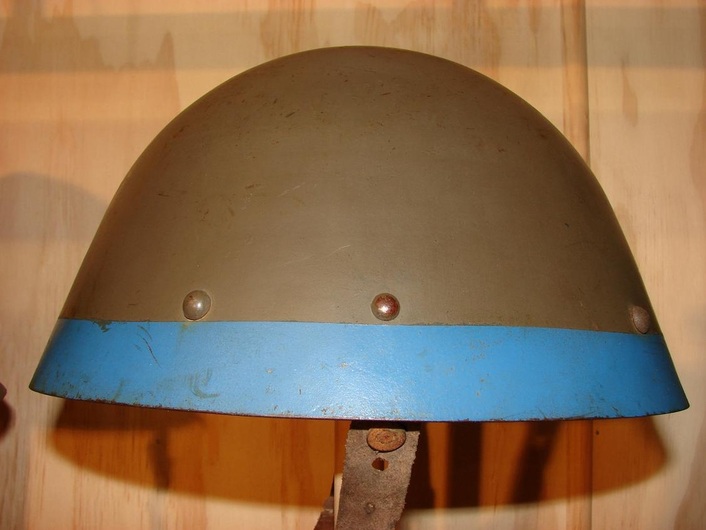 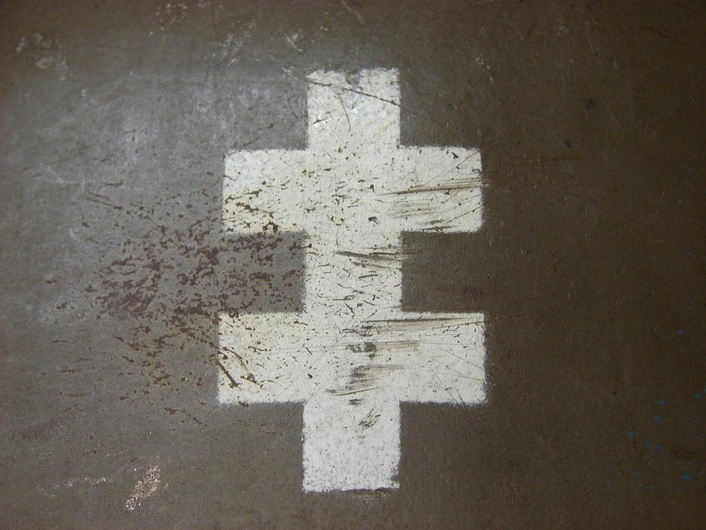 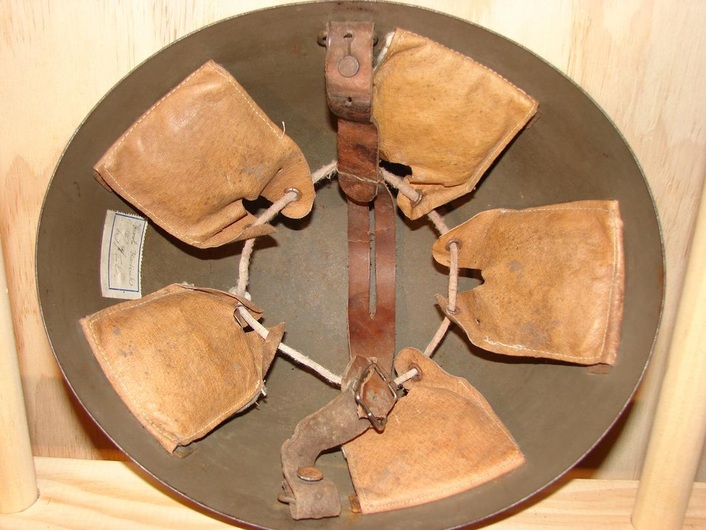 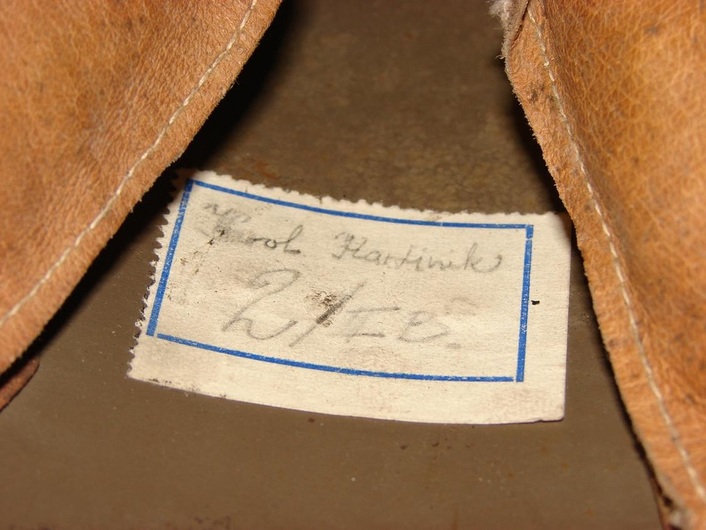 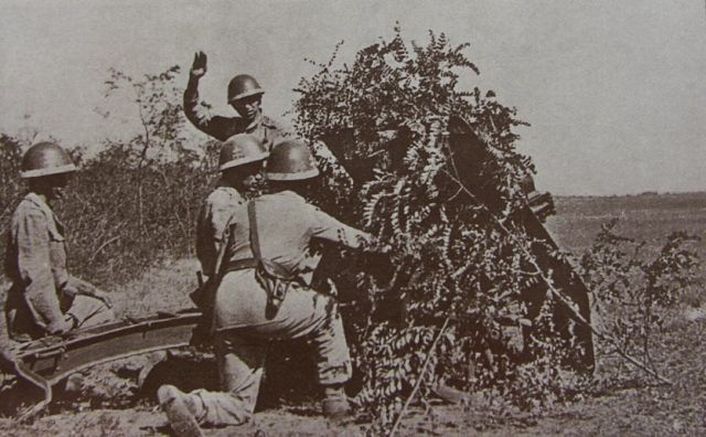