Introduced in 1915, the Adrian, so named after General August-Louis Adrian, is credited with being the first steel combat helmet of the modern era. Lighter than its British and German counterparts in WWI, the Adrian was designed to protect the wearer from shrapnel only, it offered little in ballistic protection.
Used by many countries during and after WWI, the Adrian (with modifications)  stayed in active service until the end of WWII. The frontal badge varied from services (in this case a flaming bomb for Infantry) within the French Army and from country to country outside France (see charts below).
This example is painted Horizon Blue and has a complete first pattern  leather liner and chinstrap. 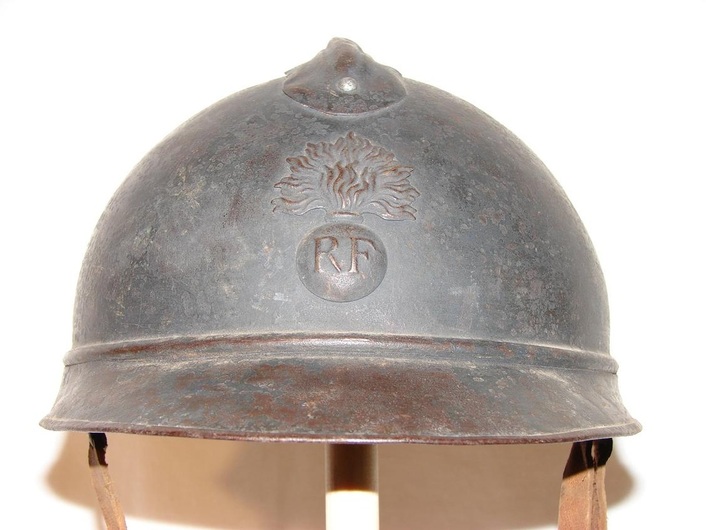 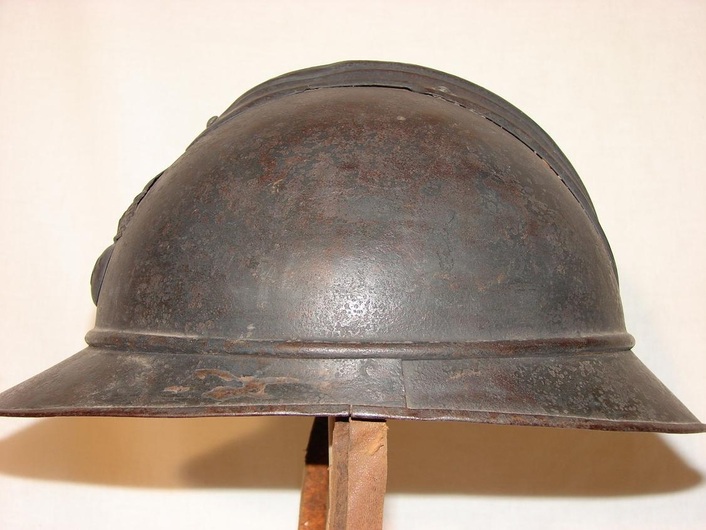 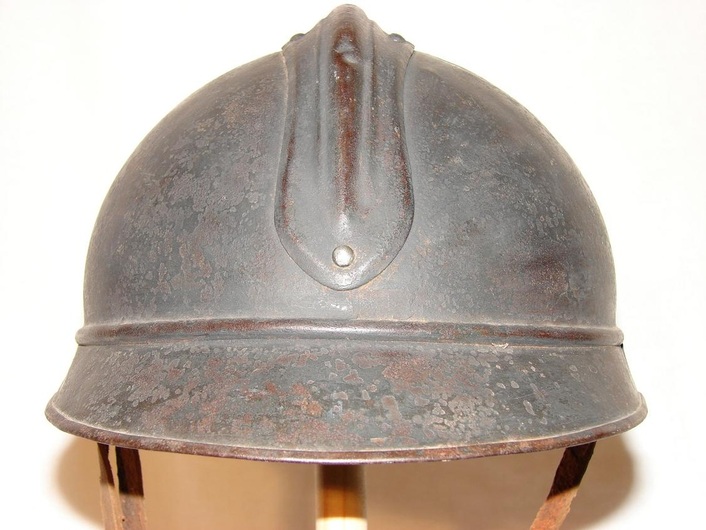 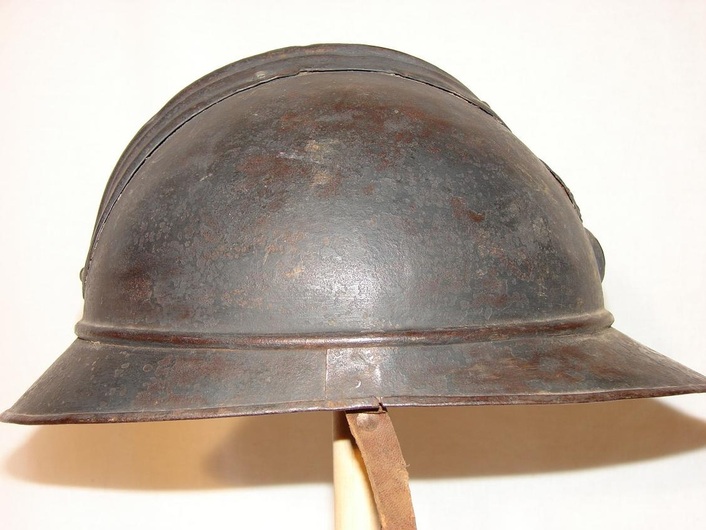 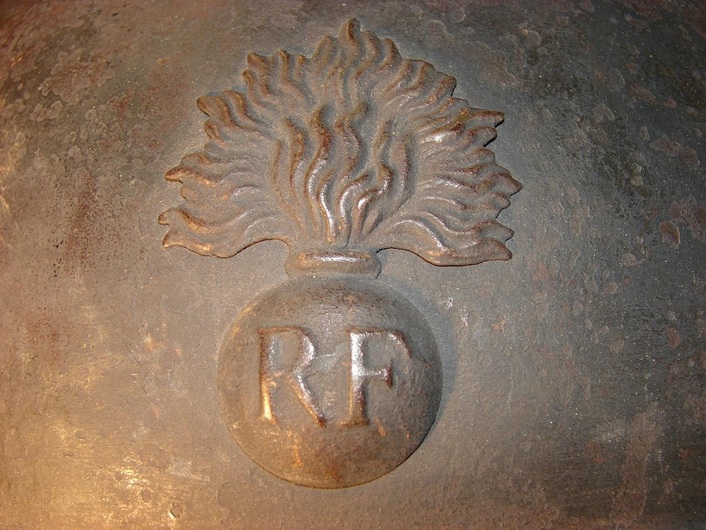 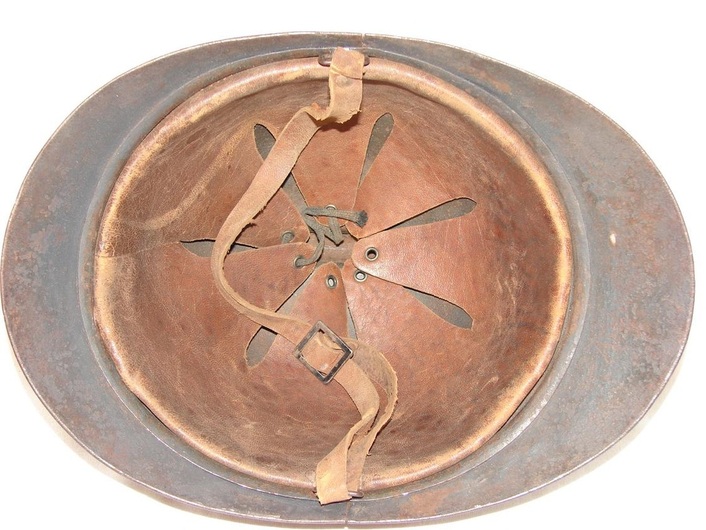 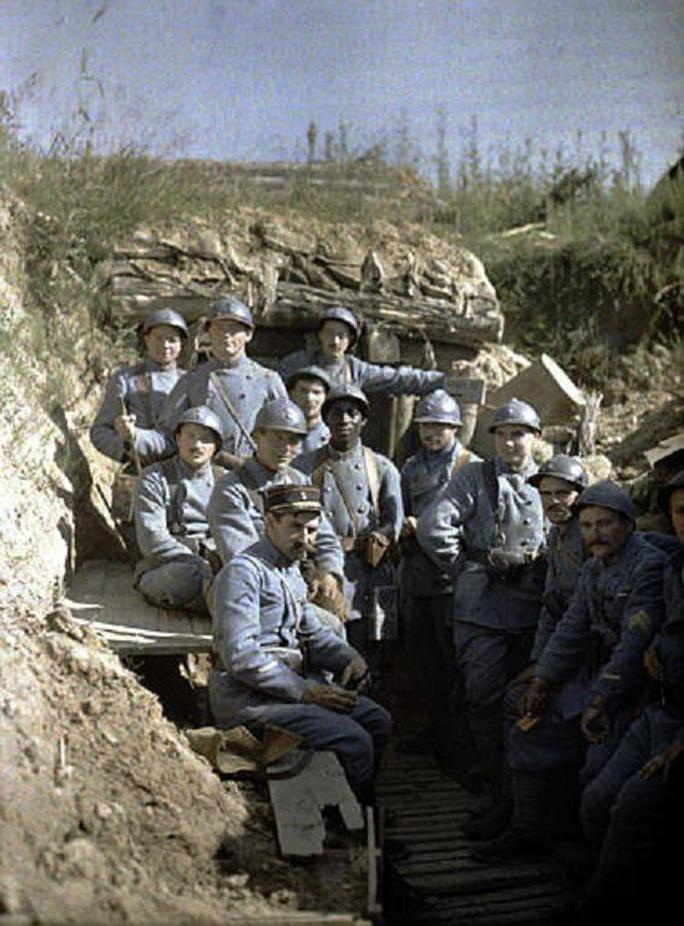 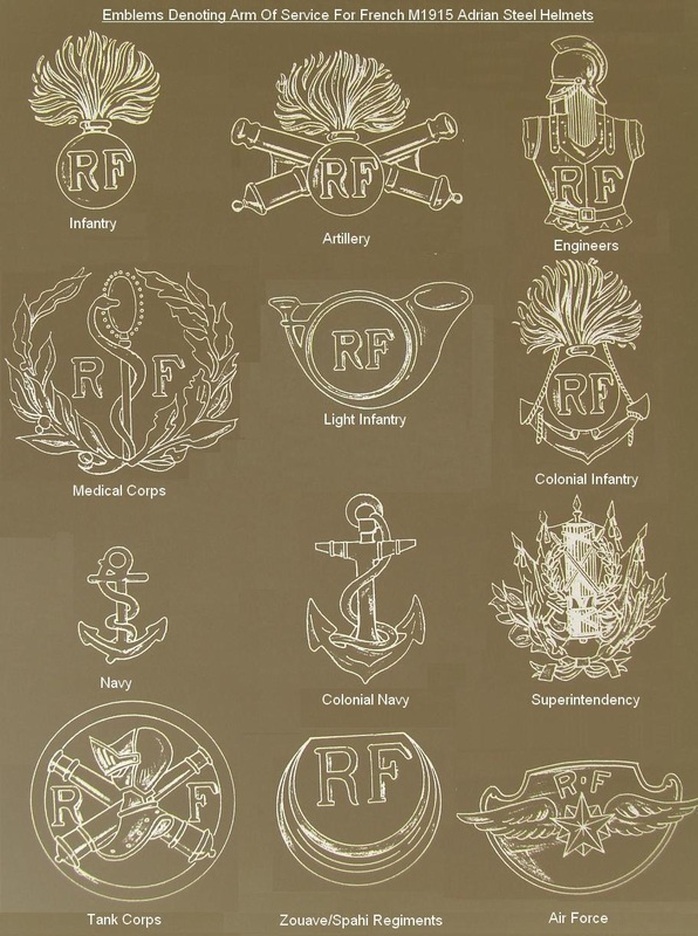 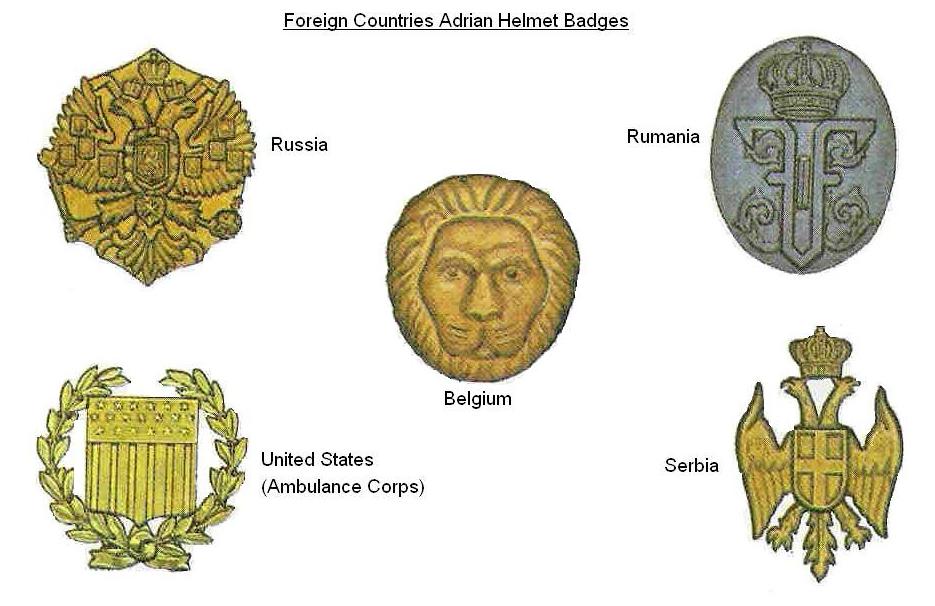