French M15 Adrian helmet with second pattern French suspension. The badge is the first variation with "King Ferdinand I" and the background cypher of "King Carol I" which was placed in memory after his death in 1914. This helmet was used in WWI to 1923, it has been repainted green probably post WWI, in 1923 all helmets were painted Khaki as per uniform decree. The badge is 73mm high and 57mm wide.
I have been informed that this helmet, due to the colour scheme, would have most likely seen use in the Romanian-Hungarian war of 1919, which was fought from November 1918 to early 1920. 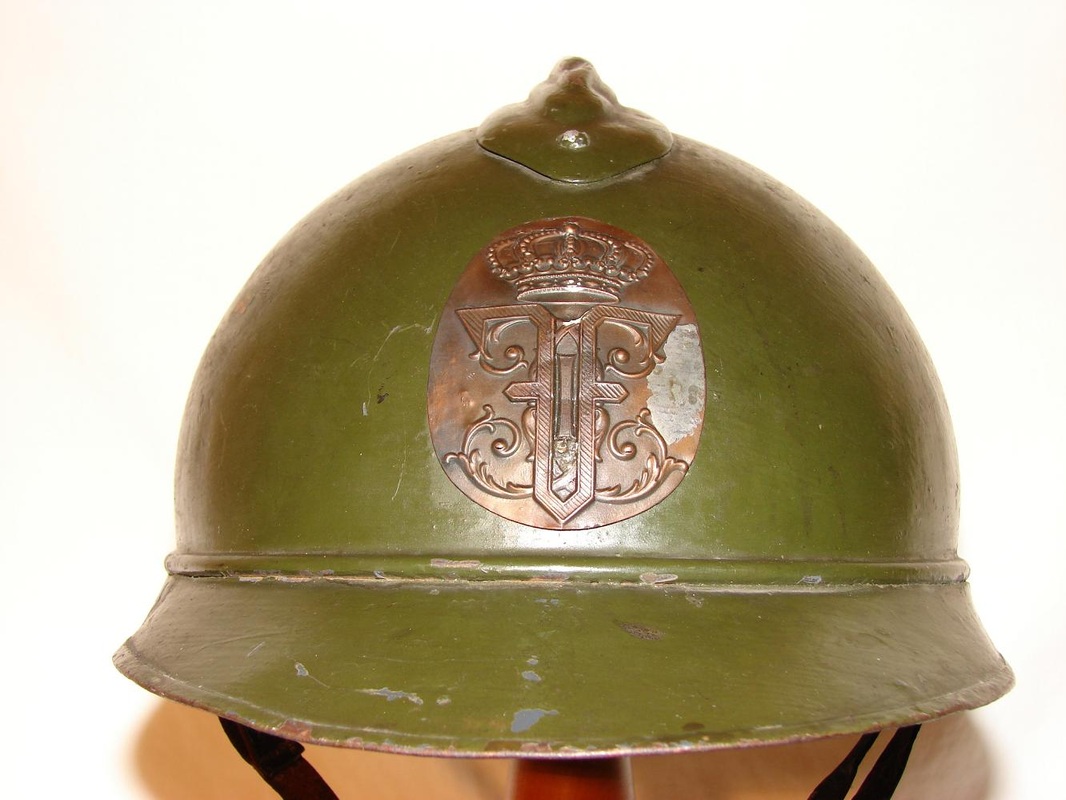 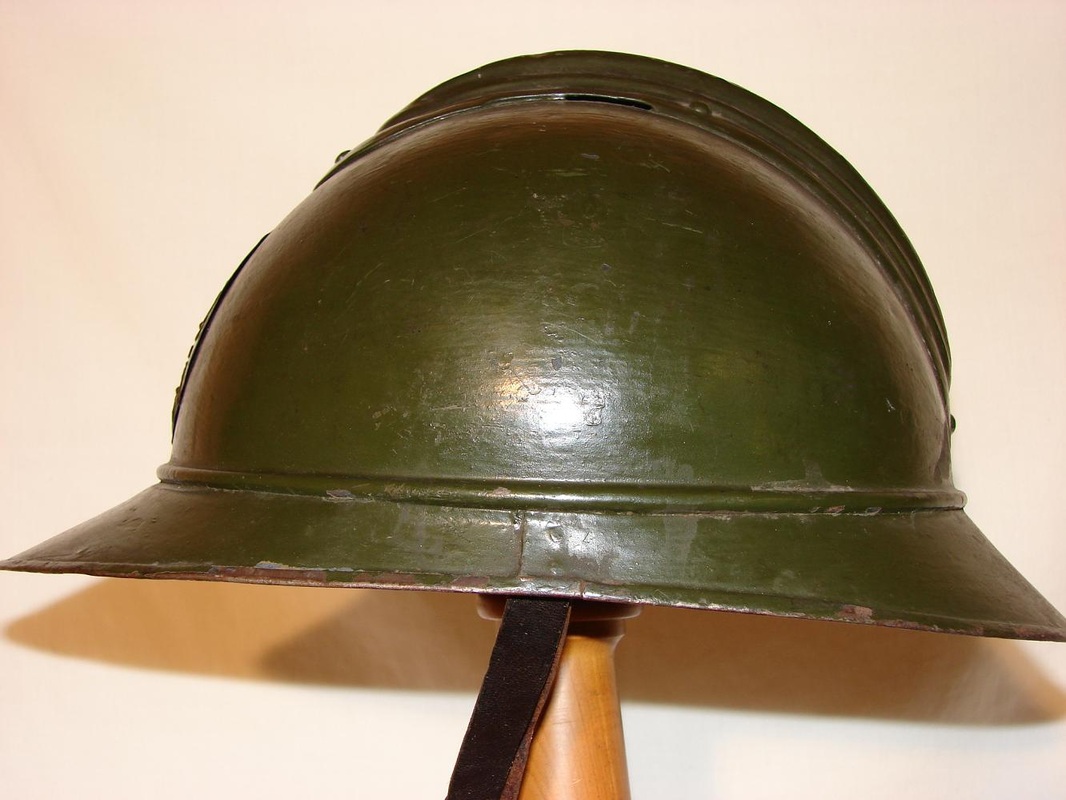 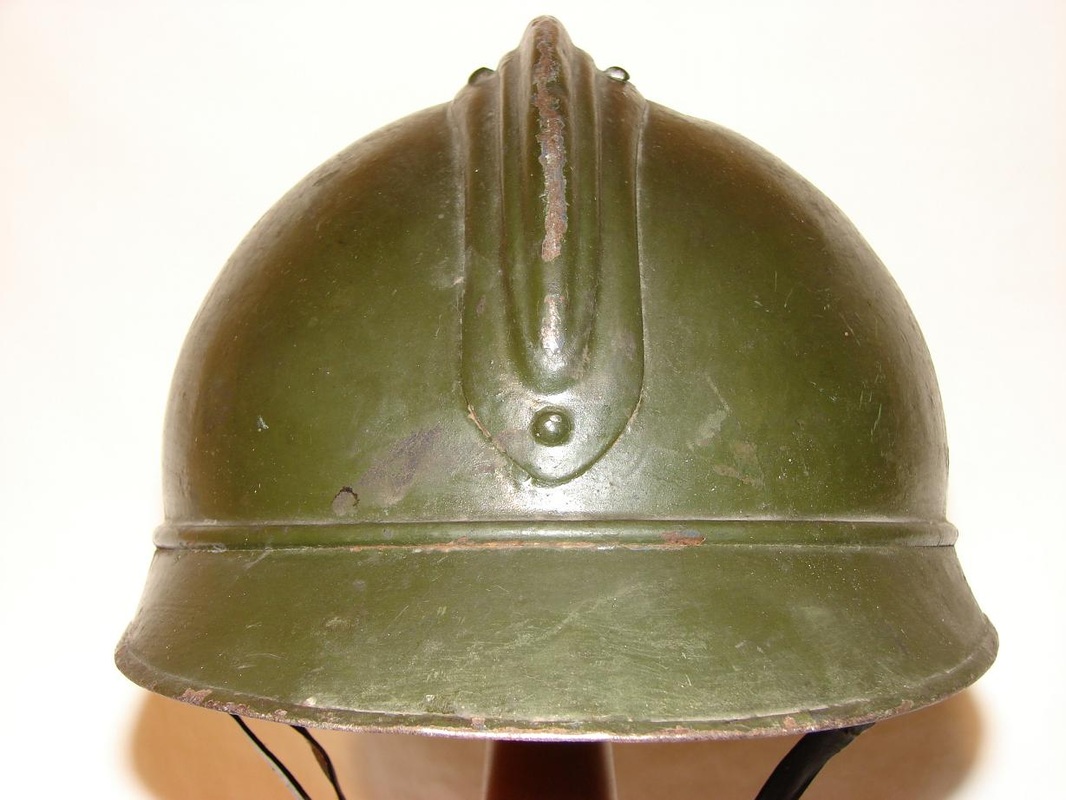 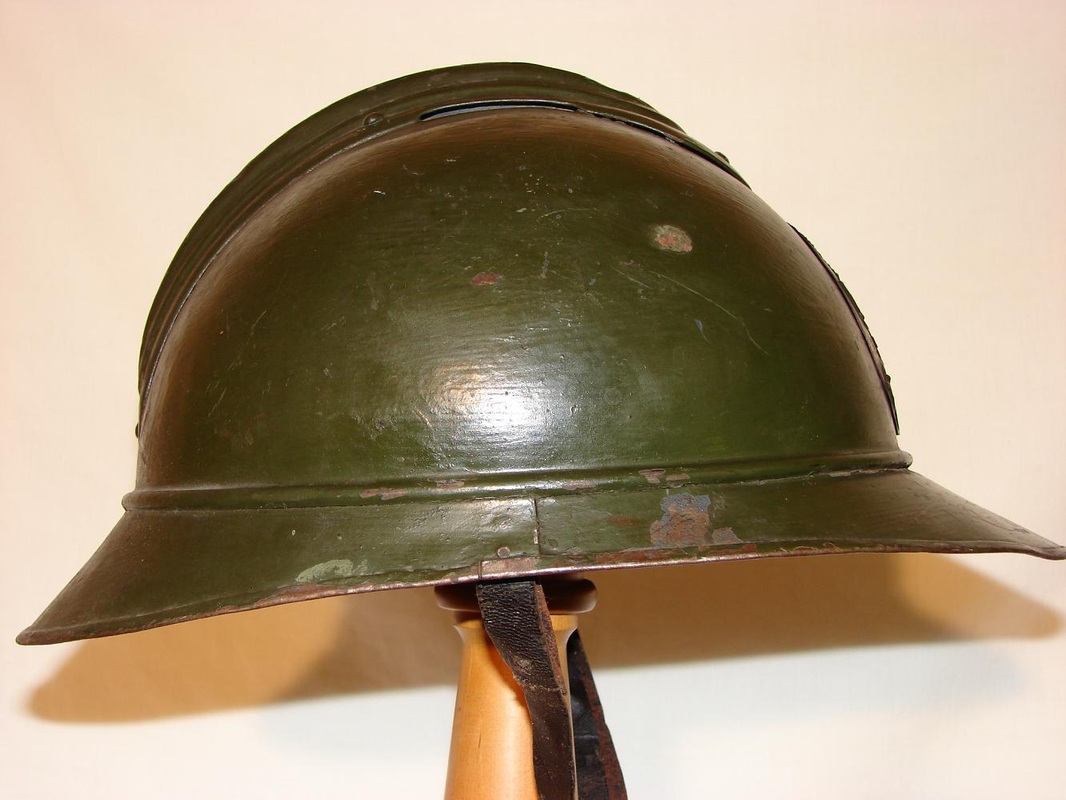 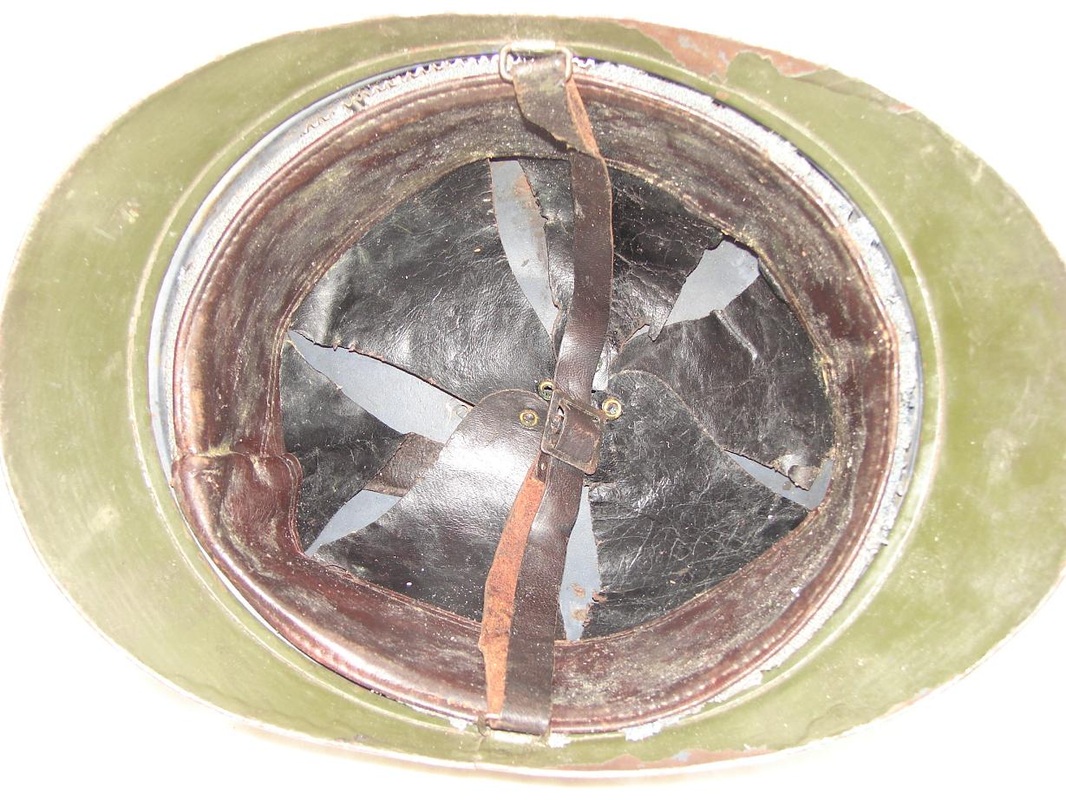 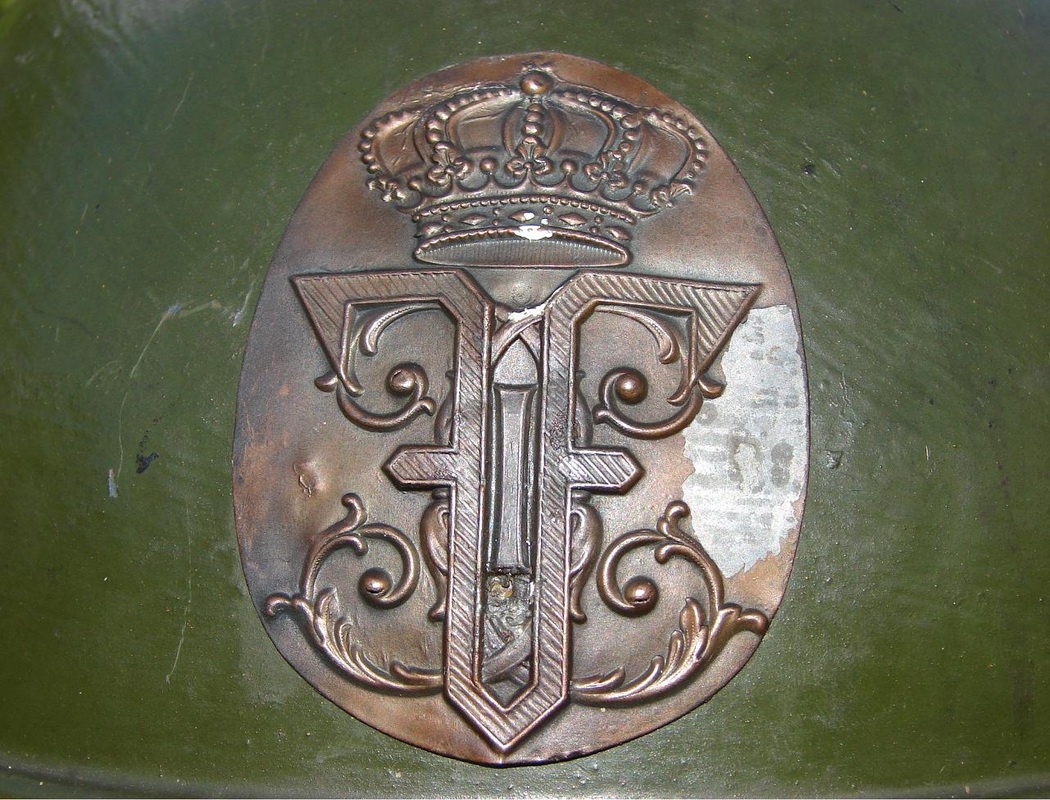 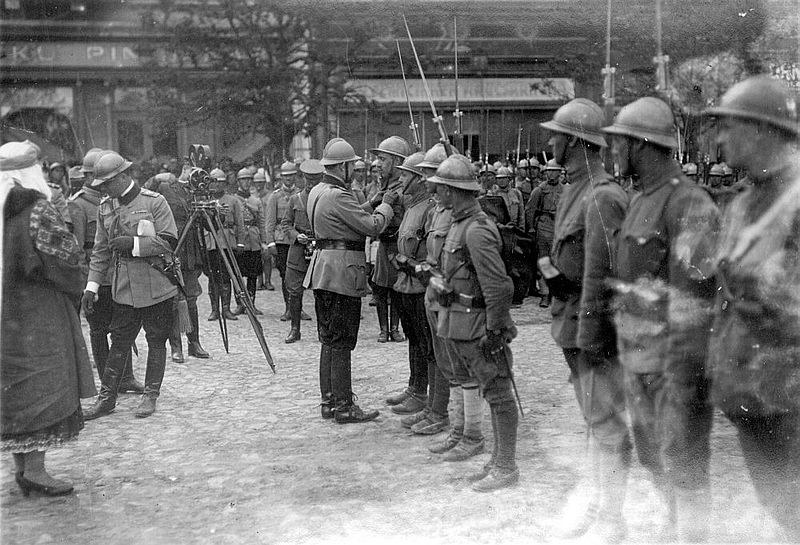