The M26 was made of 0.9mm Manganese steel and in two parts, the shell and the crest, unlike its predecessor which had four parts. The original badges from WWI were still applied on these M26 helmets up until 1937 until the new smaller disc types were introduced.
3.5 million M26 helmets were manufactured and though being a M26, they were not actually issued until 1930-1936.
This example has the early Artillery badge to the front and is a large size 60. 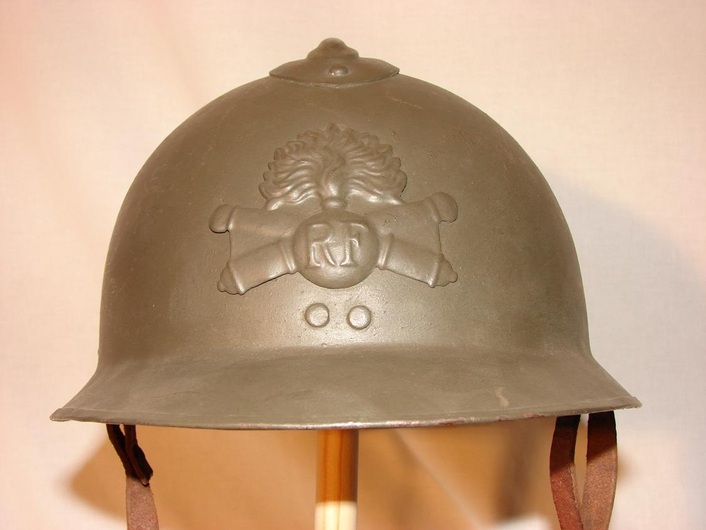 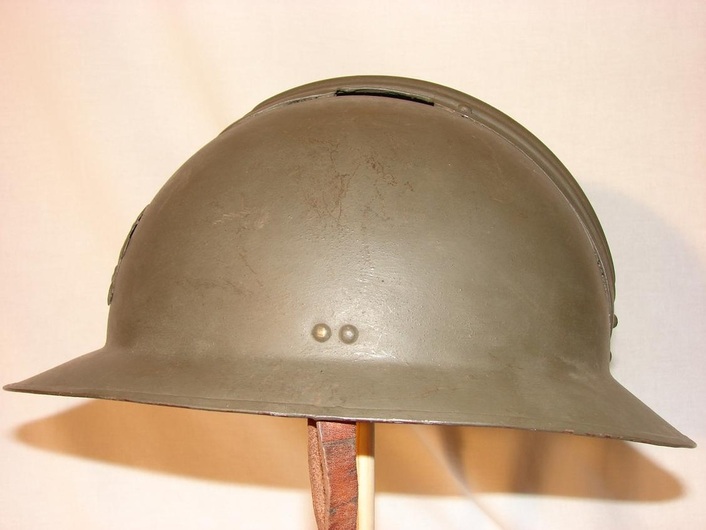 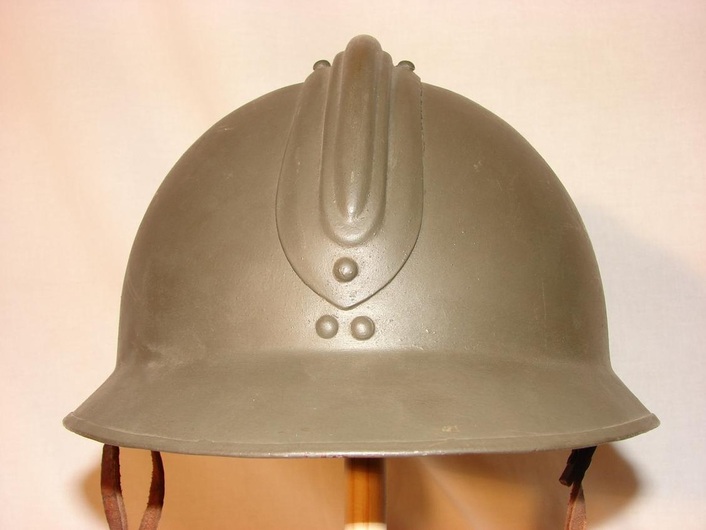 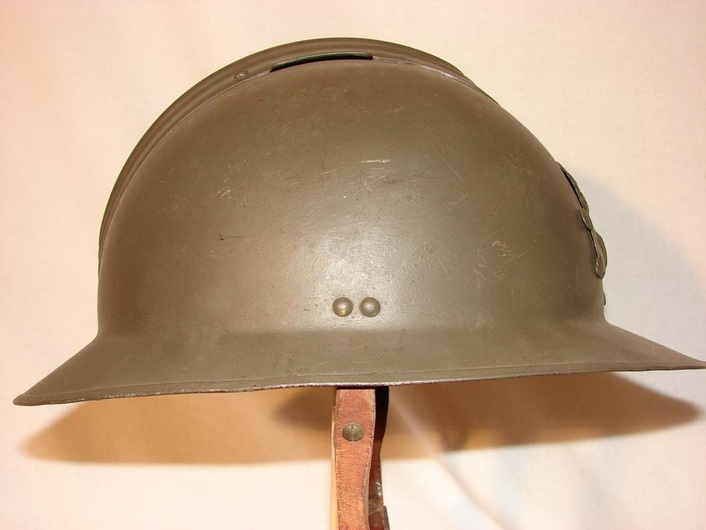 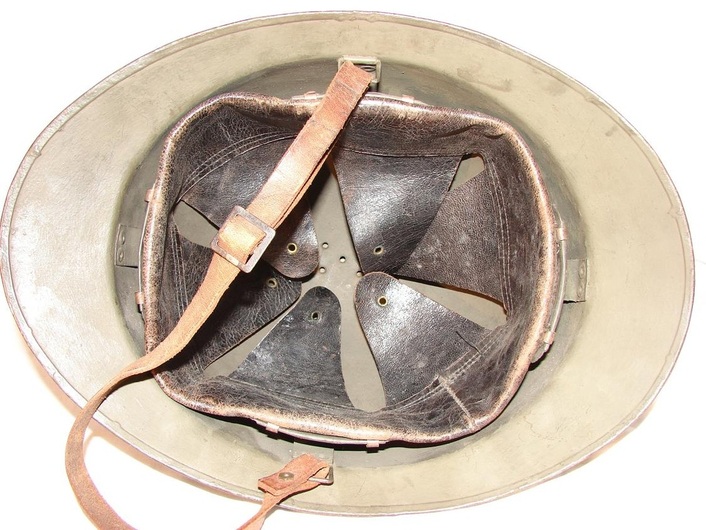 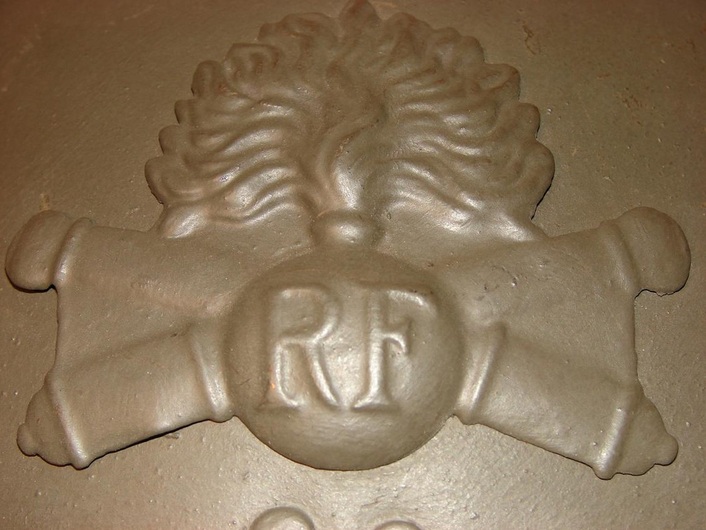 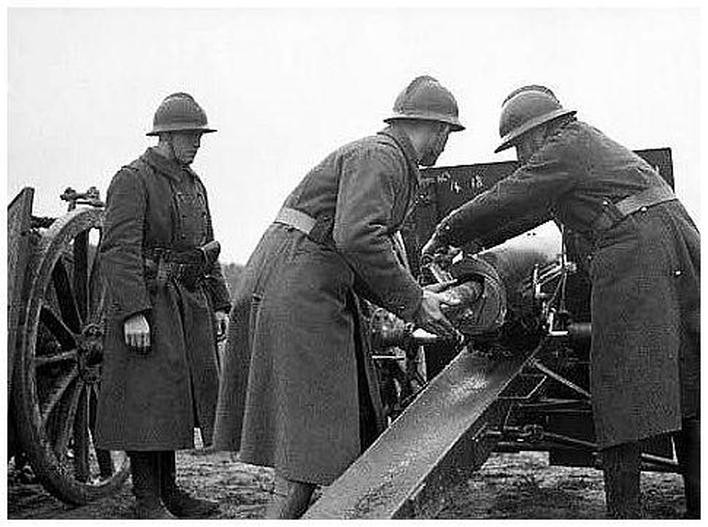