The South African MkII is based on the British M1916, hence the circular shape, these helmets were made in South Africa by the Transvaal Steel Pressing Syndicate, the liners were made by Jager Rand. During WWII these helmets were designated as MkII's.
The three holes drilled in the rear of the shell were for a neck flap, but seldom were these seen and very few if any pictures actually exist of them being used. The helmet is dated 1943 and is a size 7 1/2.
The photo at the bottom of the page shows South African POW's  taken at Tobruk 1942. Some are wearing the South African Pith Helmet others the MkII steel helmet. 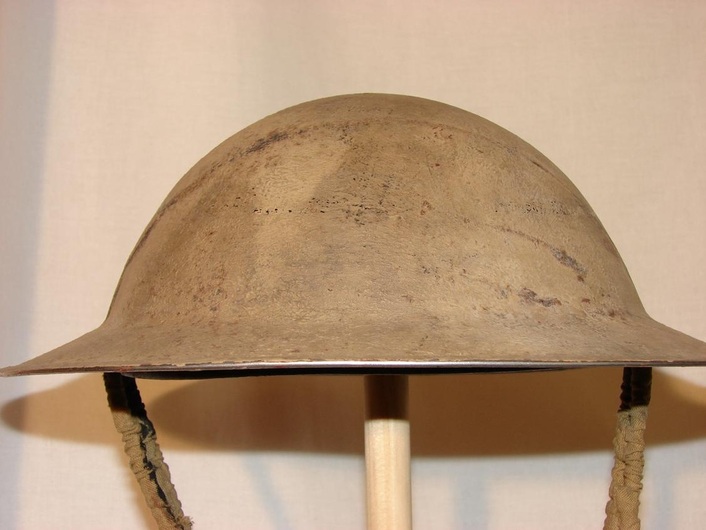 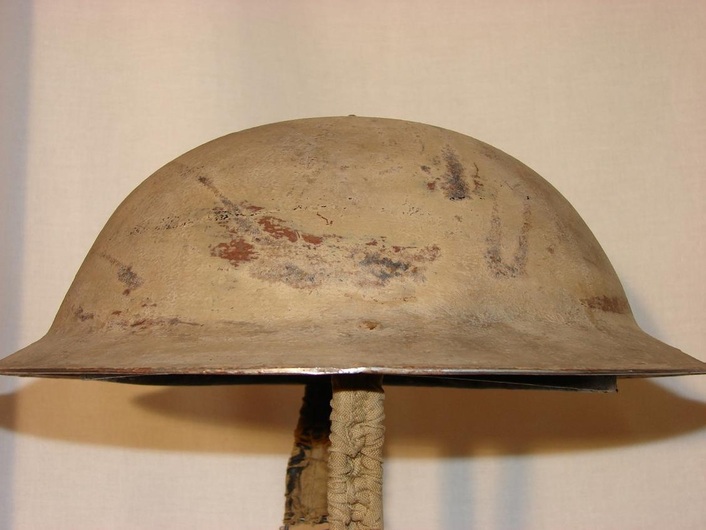 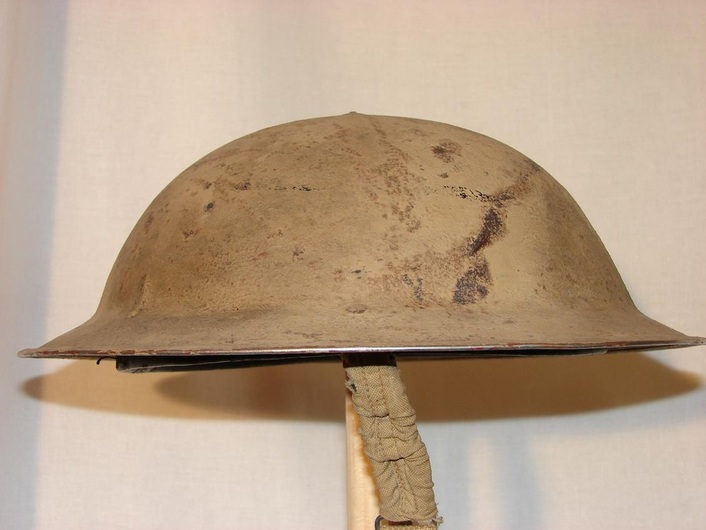 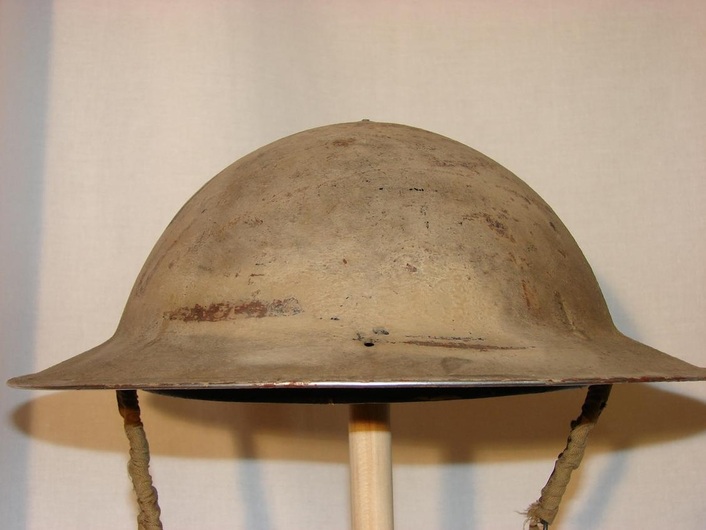 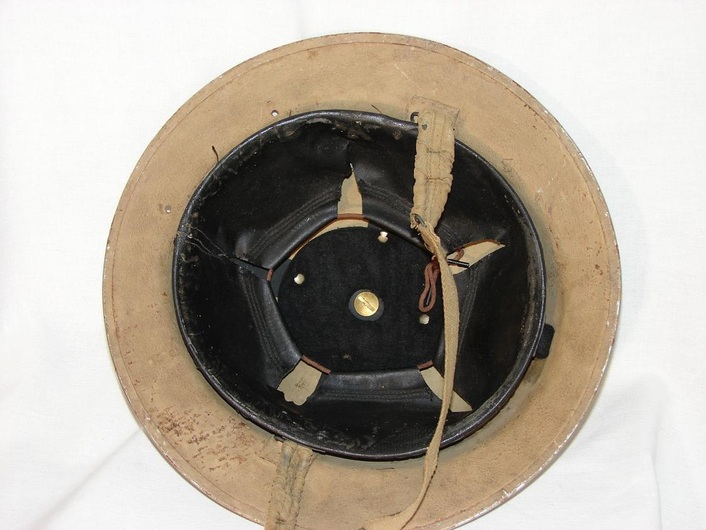 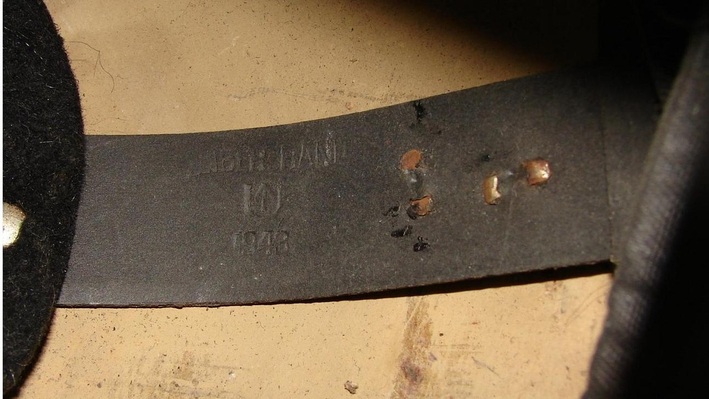 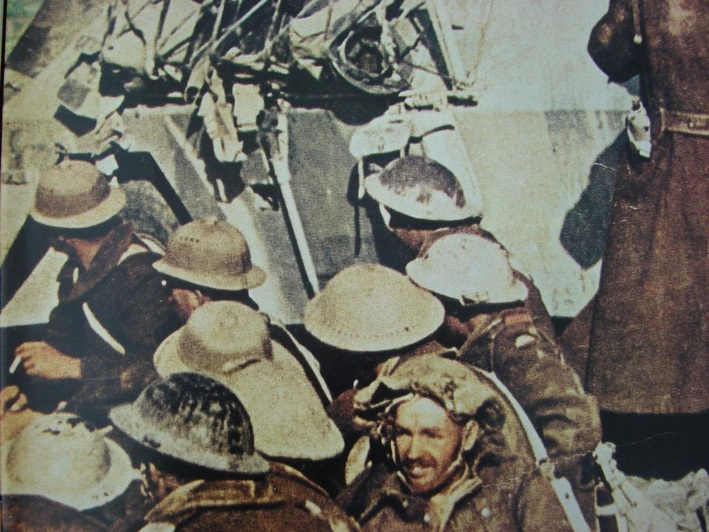