This helmet has an interesting history, starting out as a Polish Wz50 this helmet was exported to Egypt probably in the 1960's, it would have almost certainly been used in either the Six Day War of 1967 or the Yom Kippur War of 1973 or both, as it was captured by the Israeli Army and reissued to the Israeli  Military Police.
The Hebrew letters are "Mem" and Tzadeh" which translates to MP. The original Egyptian green paint has remained and an inscription in Arabic is still visible inside the shell. 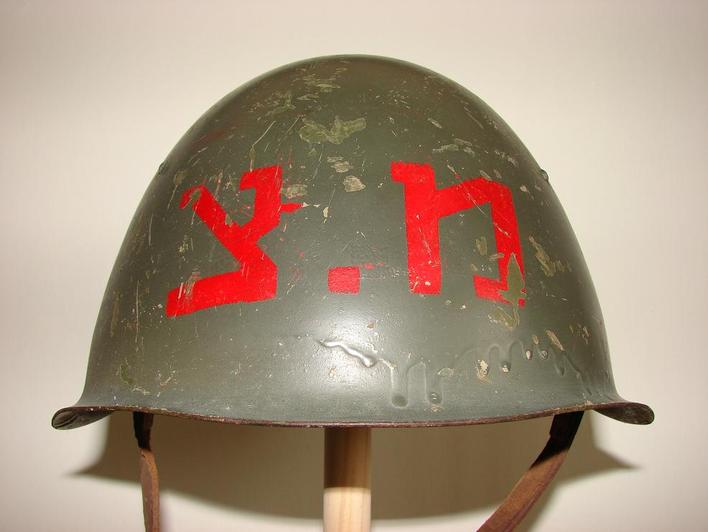 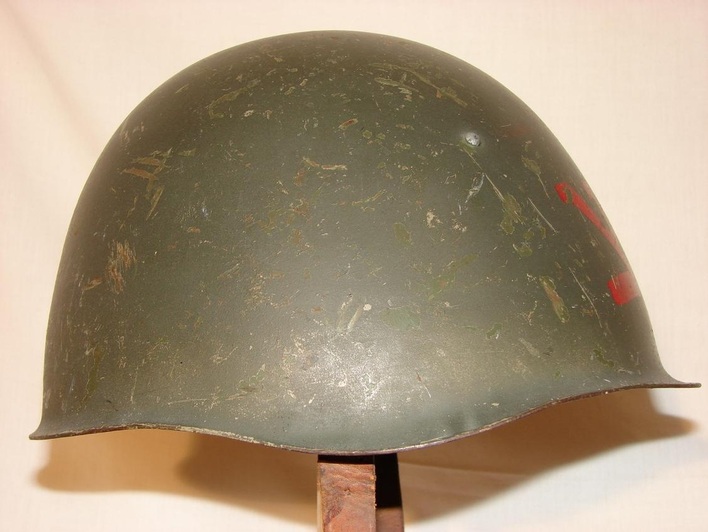 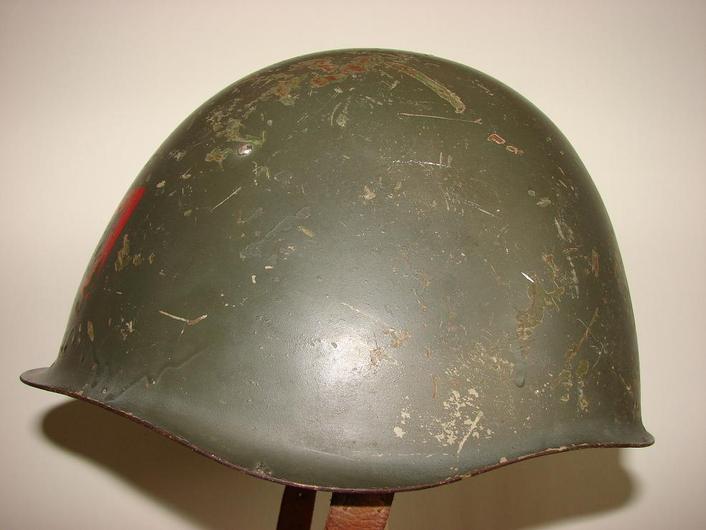 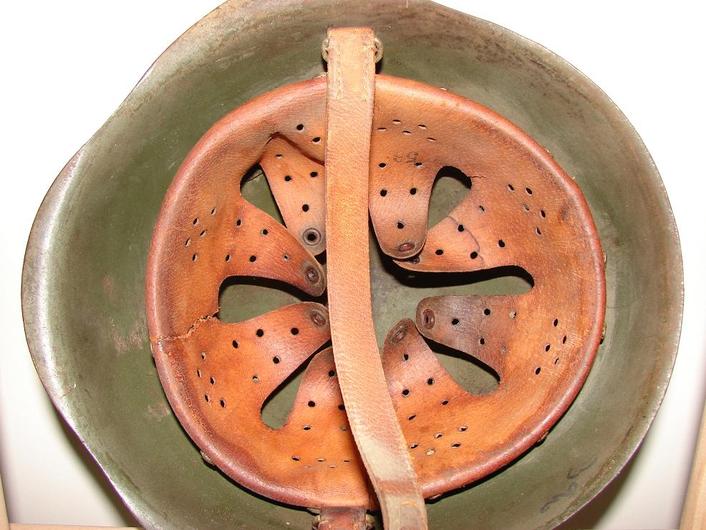 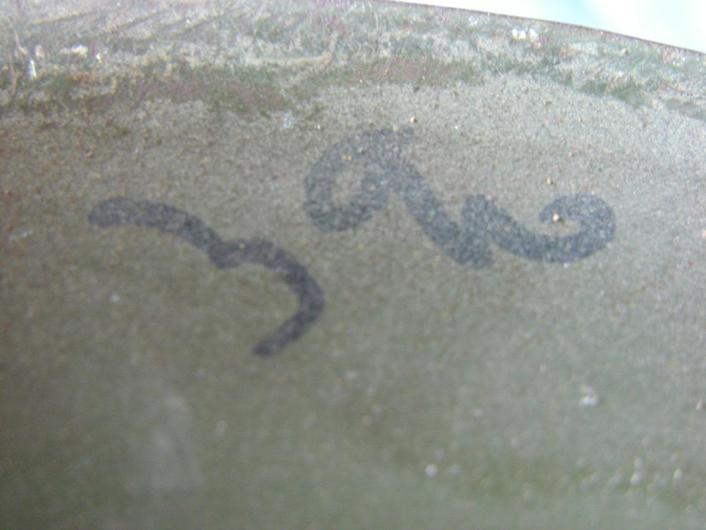