The M42 sometimes referred to as a Model Z was first issued in 1943,  modelled entirely on the German M40 but with a raw edge. The early pattern leather liner was retained and provision was made at the front of the helmet for the "Emblem of the Earth Army" badge which was removable. This helmet continued to be issued well after WWII but with obvious modifications (M42/79) to the liner and chinstrap as can be seen in the photos at the bottom of the page.
(photos:  courtesy   J.L. Revuelta, Spain) 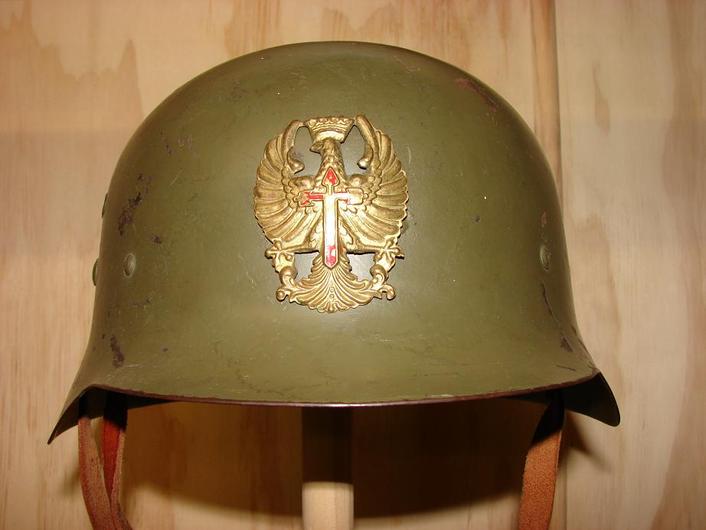 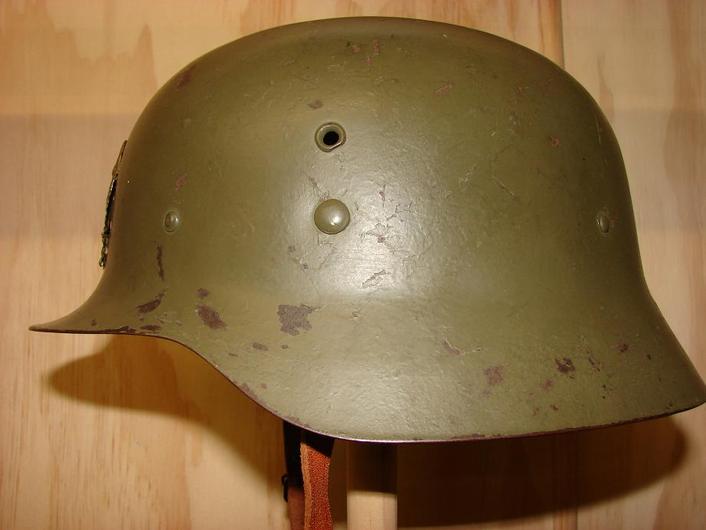 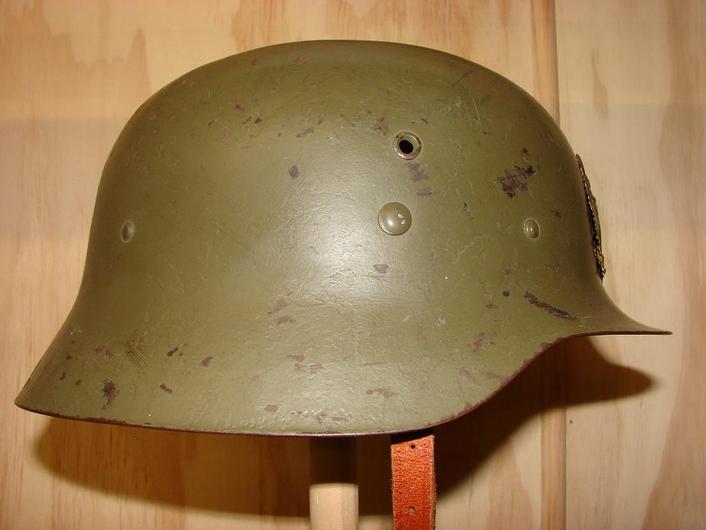 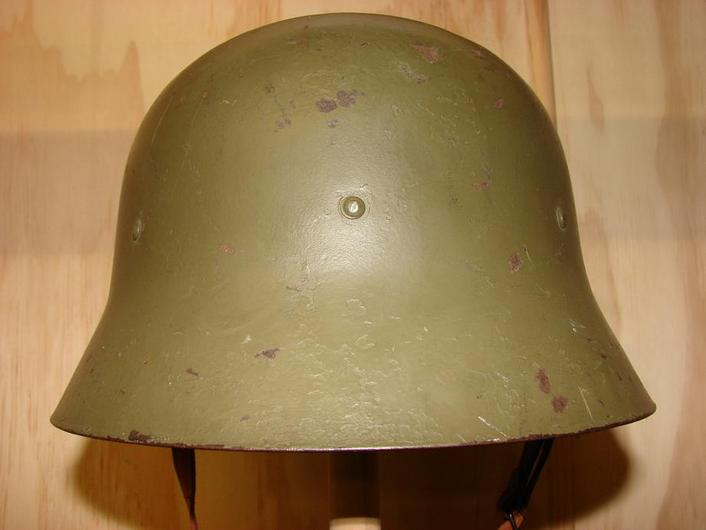 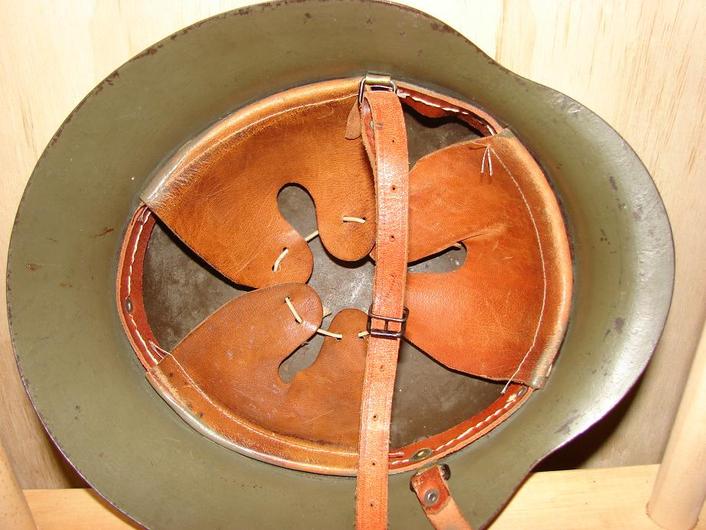 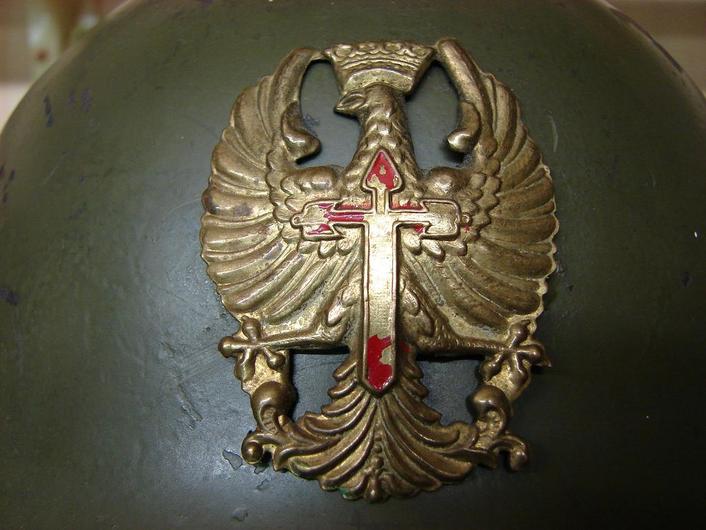 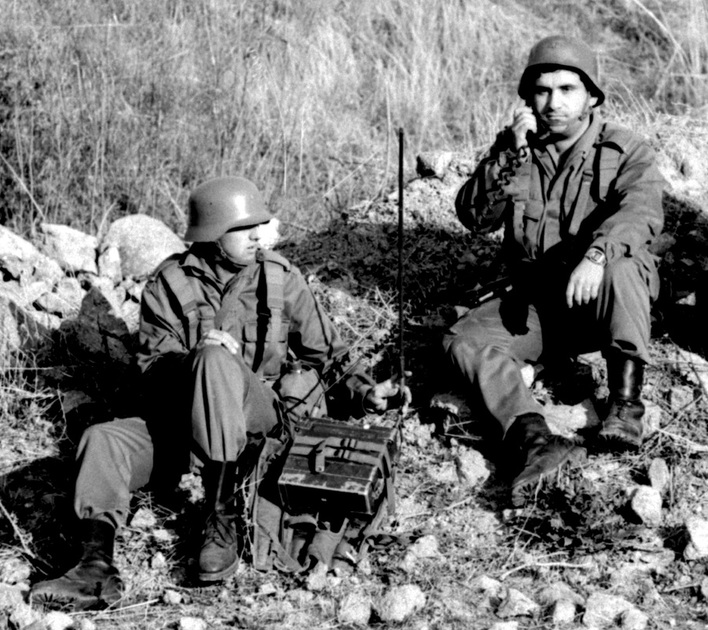 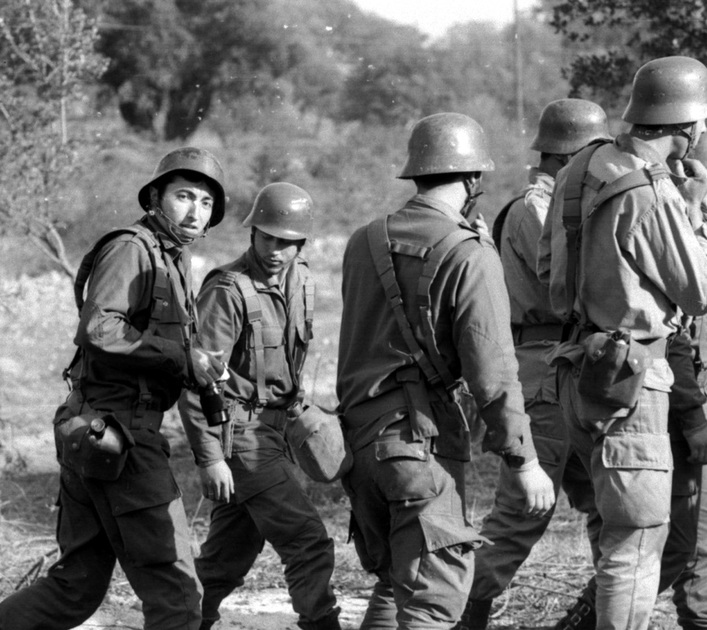