The GK80B had a relatively short life compared to the GK80A, apparently due to the shape being too similar to that of the Soviet designs it was phased out, though that is not confirmed.
The liner cradle is the same as that of the GK80A though it has a single chinstrap as opposed to the "Y"  configuration of the GK80A.
Again there are no stamps visible anywhere on the helmet, though often a red star can be found stencilled to the front.   The cover is a 1970's reversible pattern.
(Courtesy: O Thiele Collection) 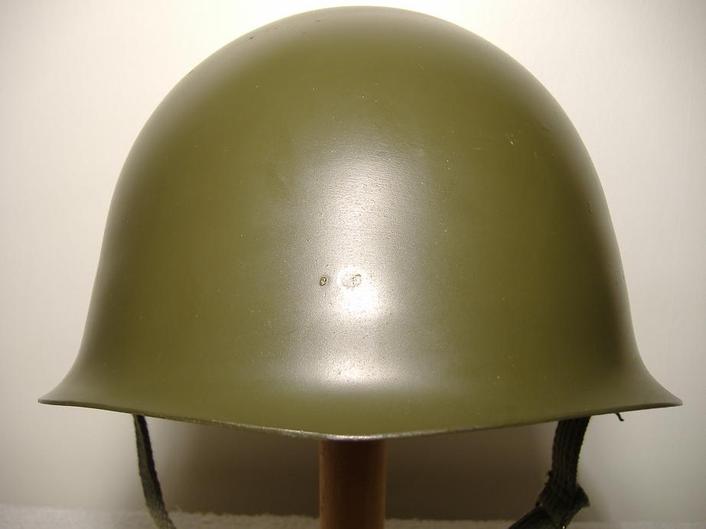 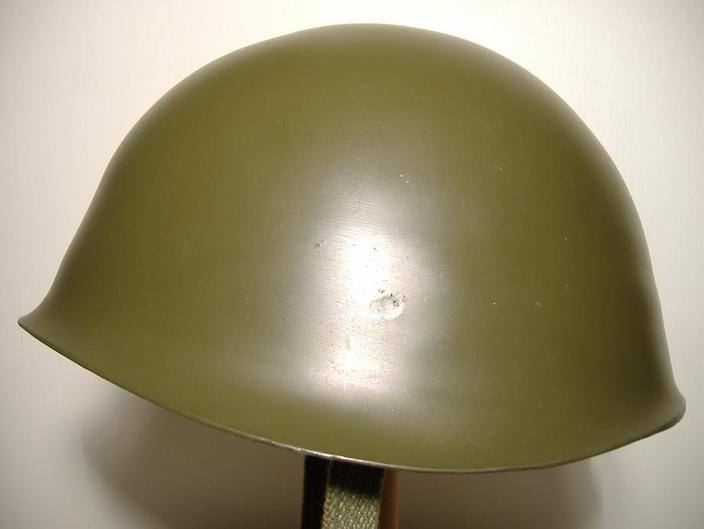 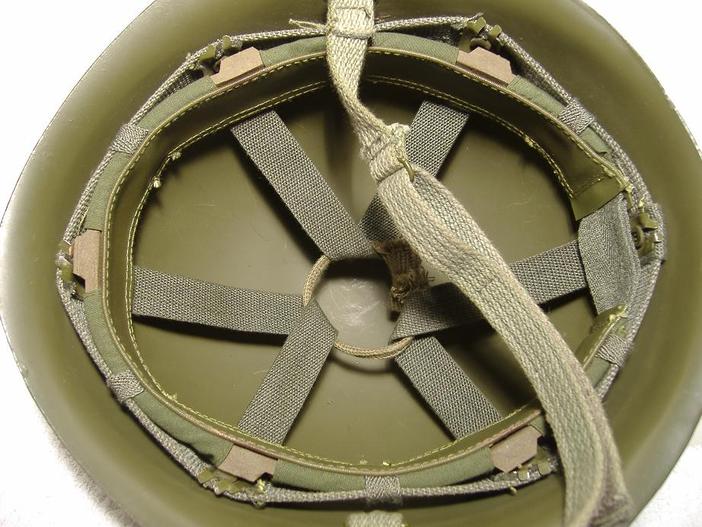 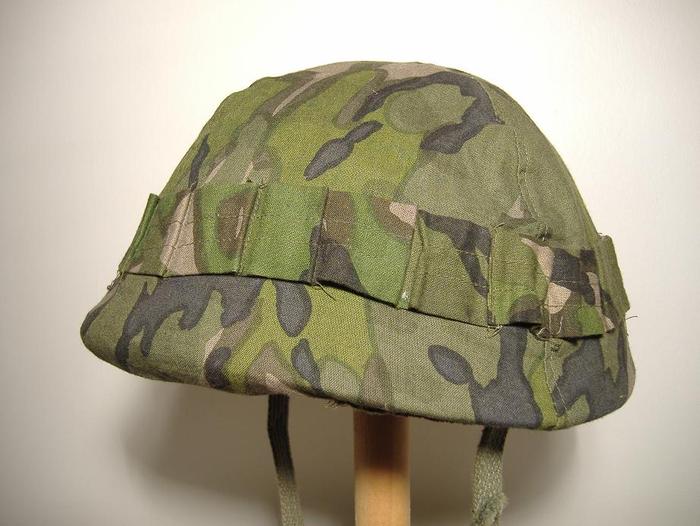 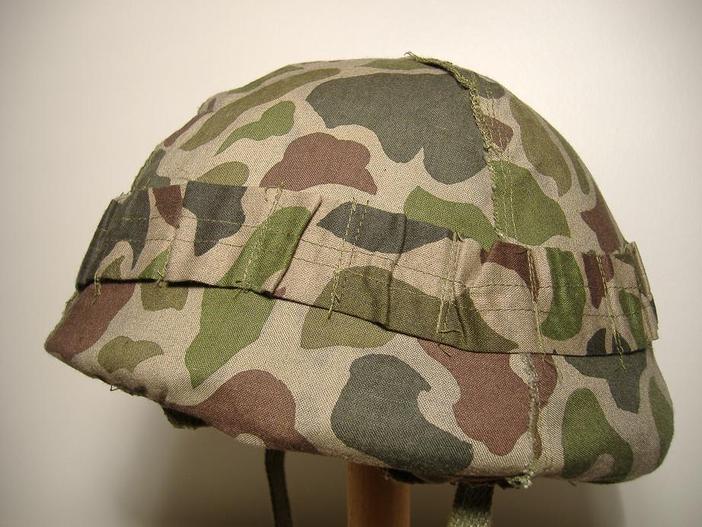