The Norwegian M31, sometimes refered to as the "Baltic Helmet or Baltik Hjalmar" was a design taken from the Swedish M26, though initially being imported these helmets were eventually manufactured in Norway by the "Raufoss Ammunisjonfabrikker" plant, about 100kms North of Oslo. The Norwegian produced helmets differed from the Swedish helmets by having a very pronounced comb to the top and a steel liner band with a locally manufactured liner, lastly the helmet was painted Green. This particular helmet is a later variation having three external rivets, which secure the liner. The chinstrap is attached directly to the liner band, whereas the early models had five rivets externally, the extra two secured the chinstrap bales.
This helmet has the insignia (which is quite worn) of the Quisling era "Nasjonal Samling" collaborationist  Police which were under the direct control of the German SS during the occupation in WWII. There were less than 8500 members of this force which makes these helmets with this insignia very scarce. 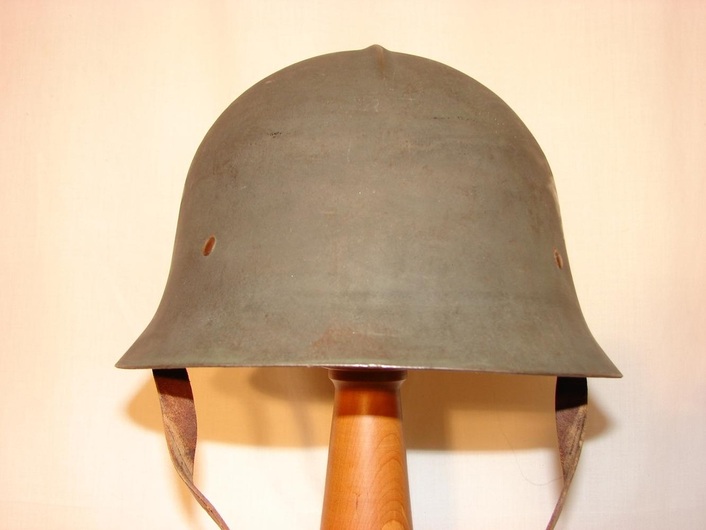 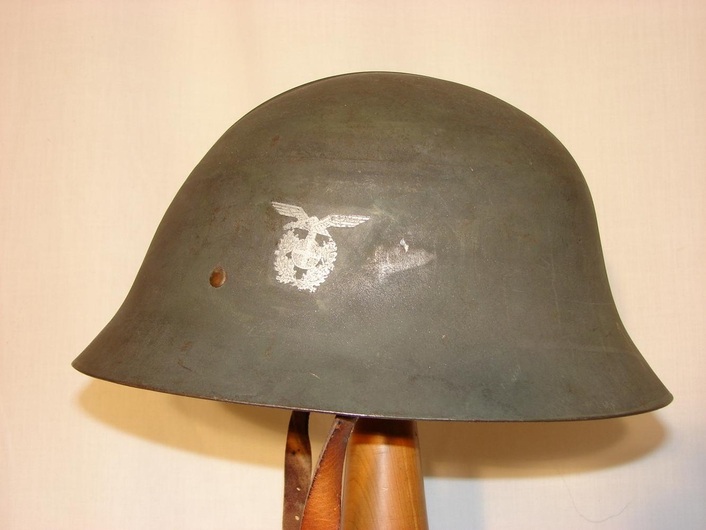 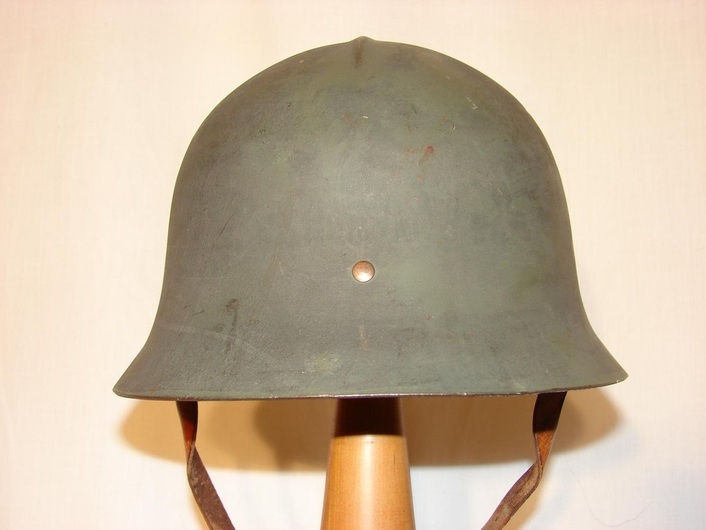 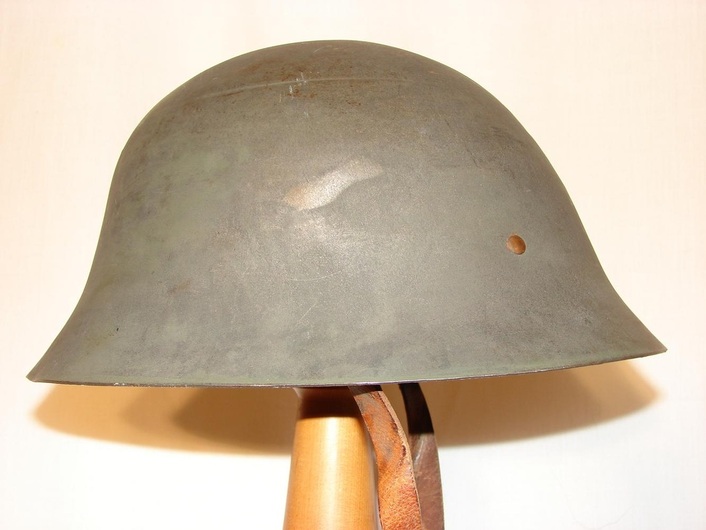 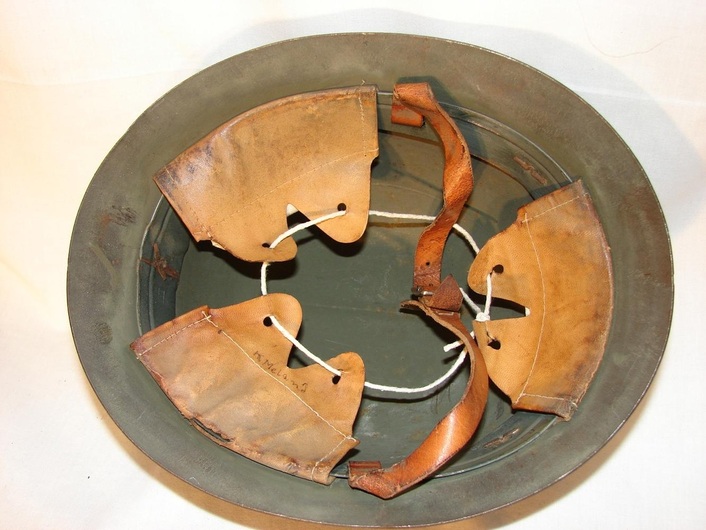 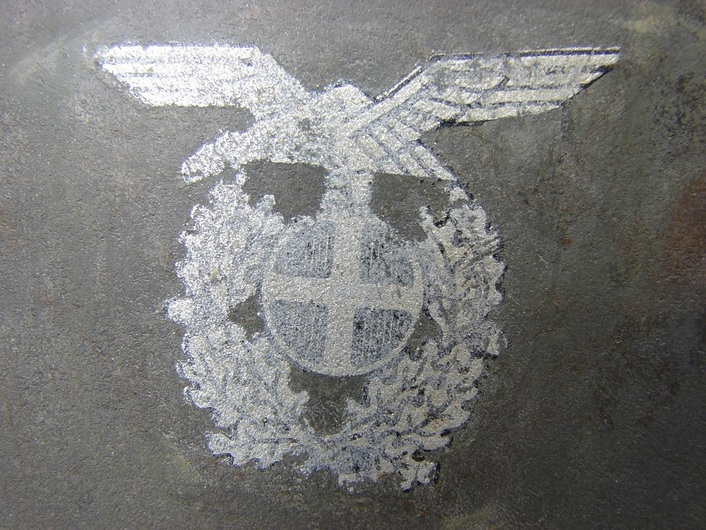 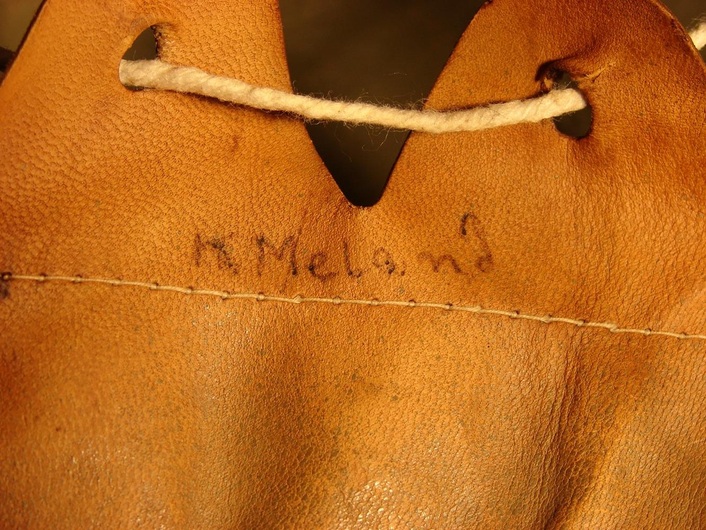 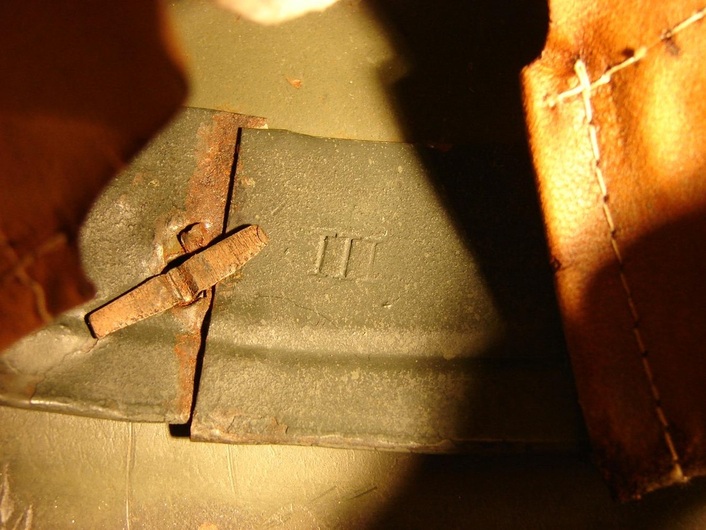 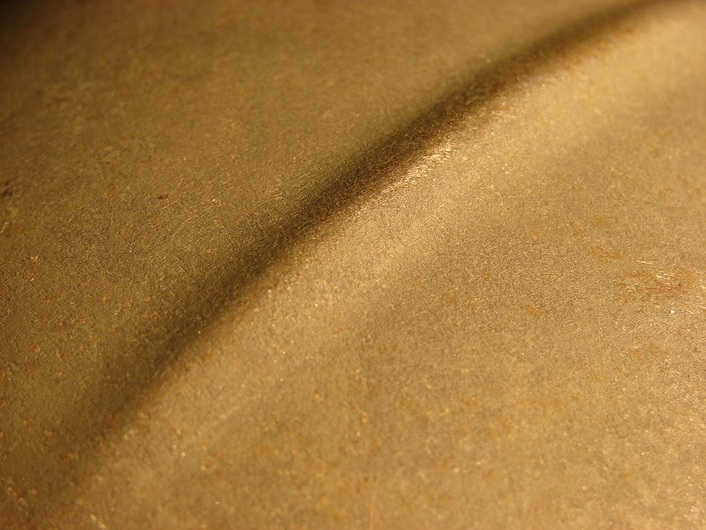 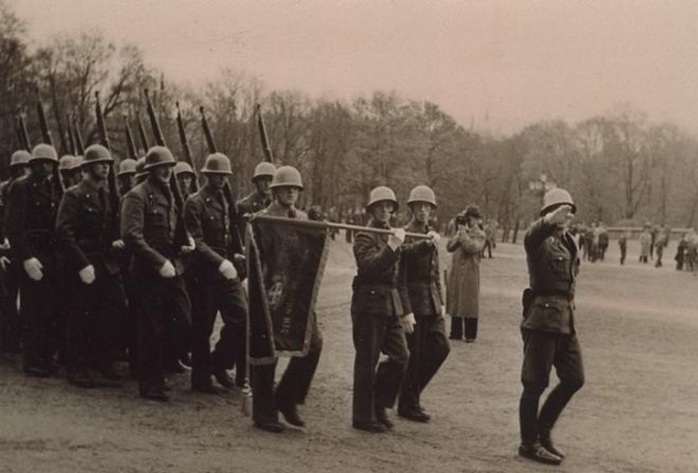