East German M56/66 helmet of the Volkspolizei or "People's Police" which were basically the East German Police Force. Formed at the end of WWII the VoPo's as they were better known lasted until reunification. Under the direct control of the Ministry of the Interior they were trained like soldiers.
This helmet is a medium size II and dated 1958 and has been refurbished in 1966 with the new pattern liner, the helmet has retained the Volkspolizei badge to the left side. 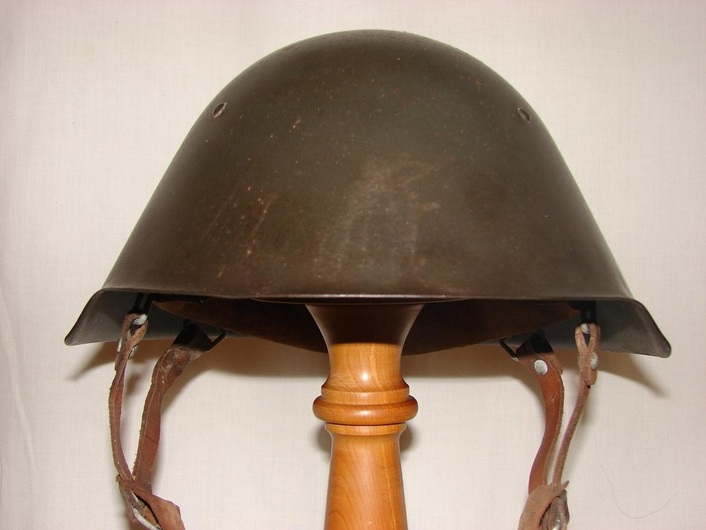 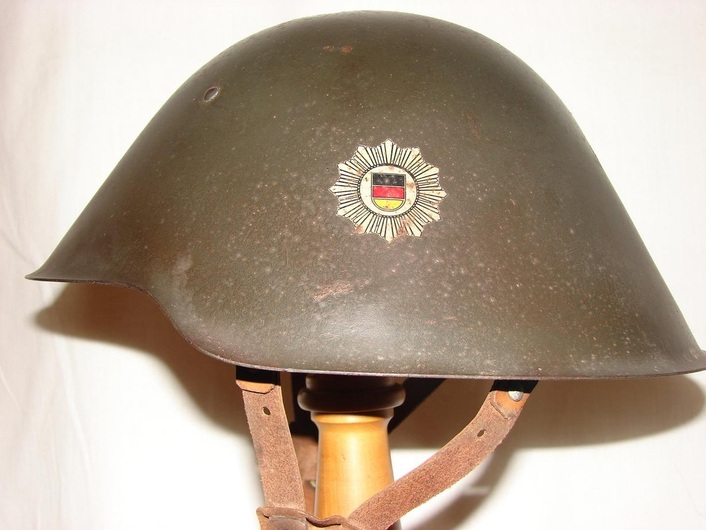 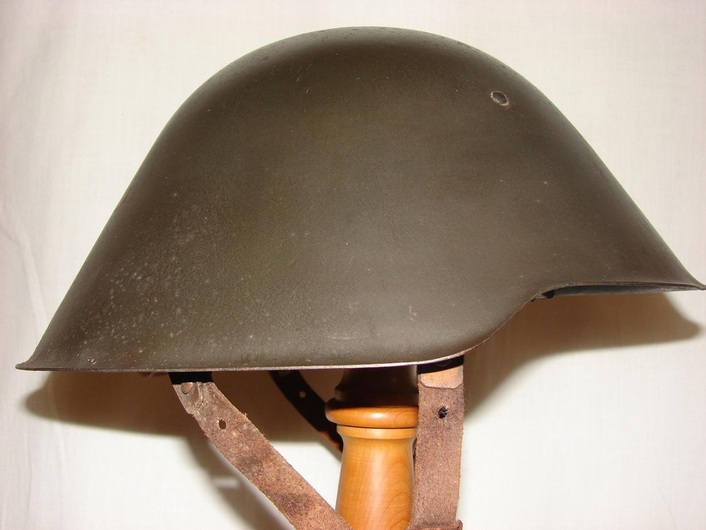 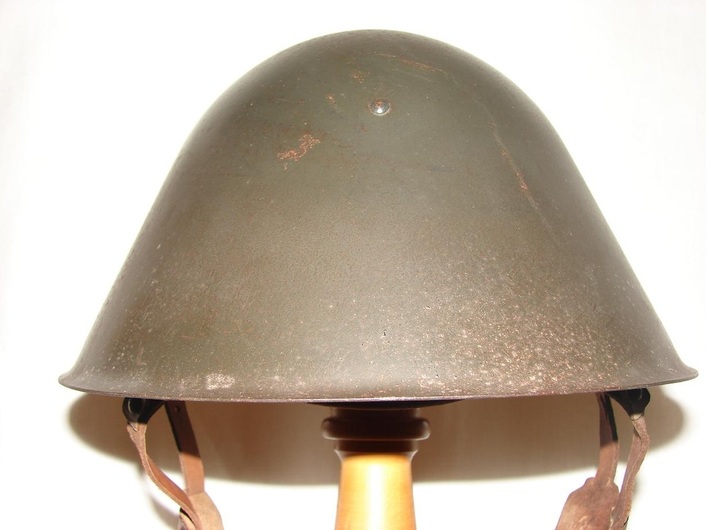 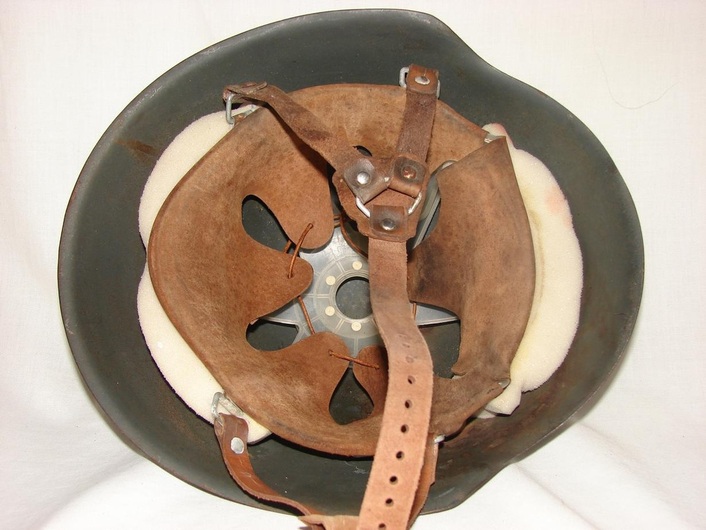 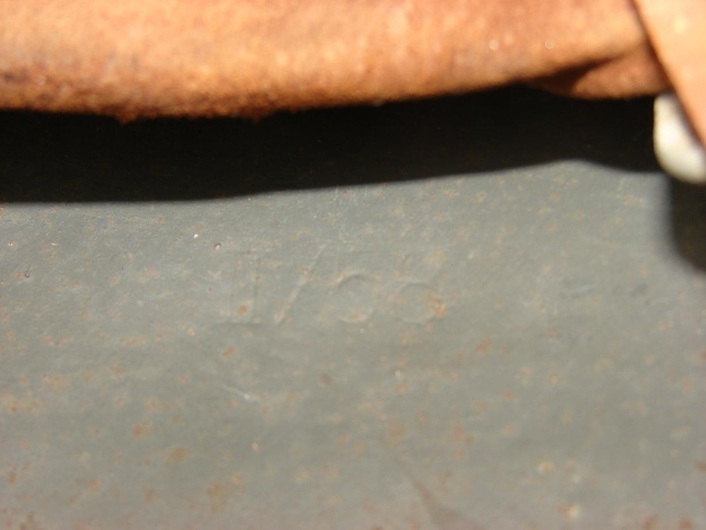