The M16 was named after its year of distribution, 1916. The helmet was developed in response to the French  Adrian helmet of 1915. The M16 went through a change in 1917 which saw the liner band replaced from leather to steel. The luggs/vent holes on the forward sides were designed to take a brow plate which added extra protection for snipers and sentry's if and when exposed to hostile fire.
This early war helmet is stamped BF64 (F.C. Bellinger/Fulda, size 64) has the original leather tie string and chinstrap with brass hardware, is also named on the inside rear. 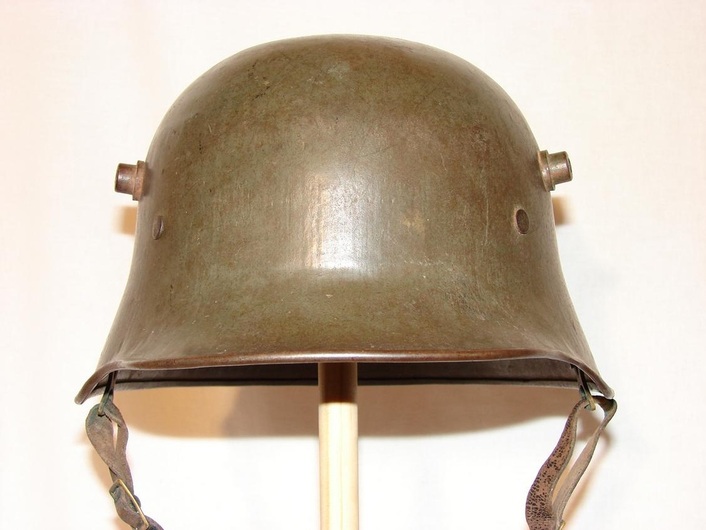 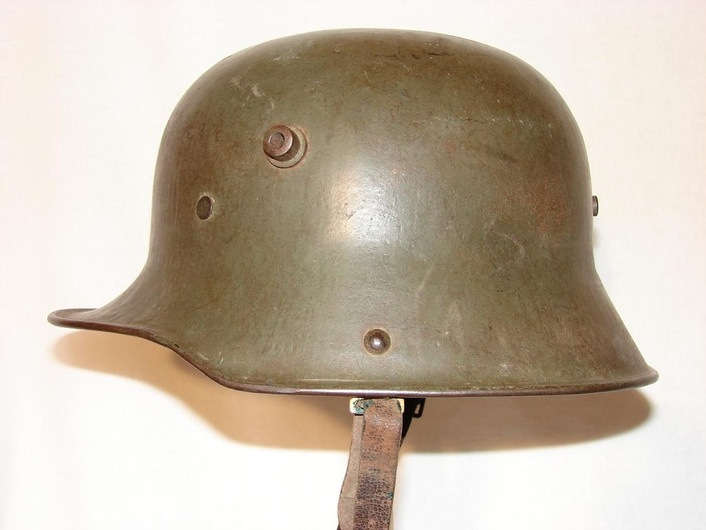 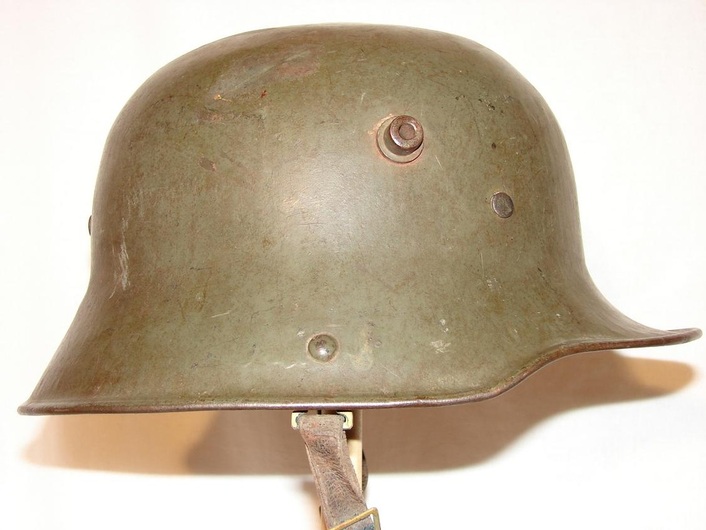 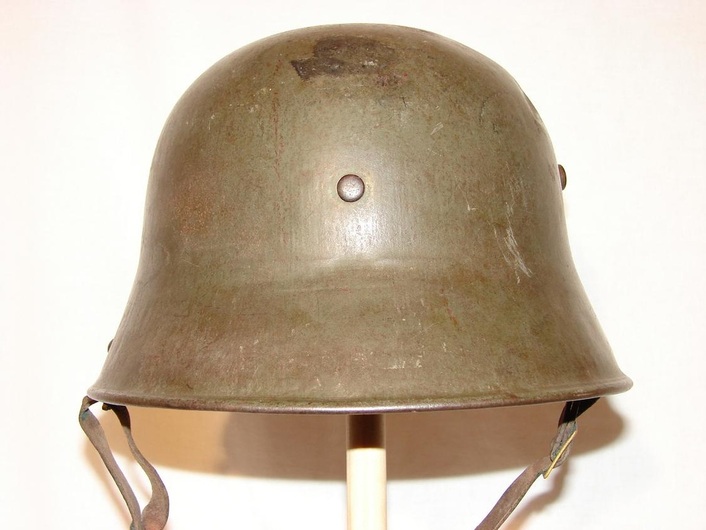 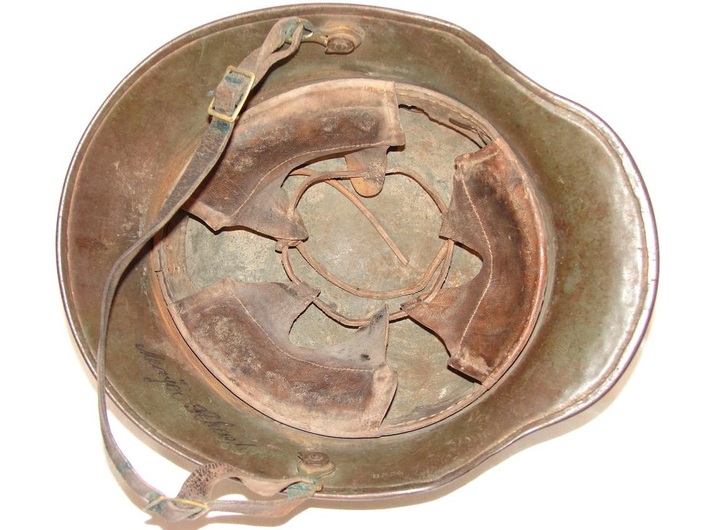 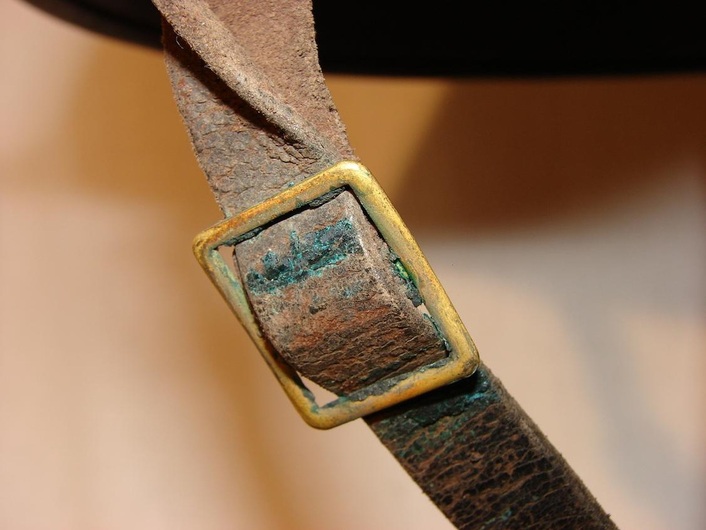 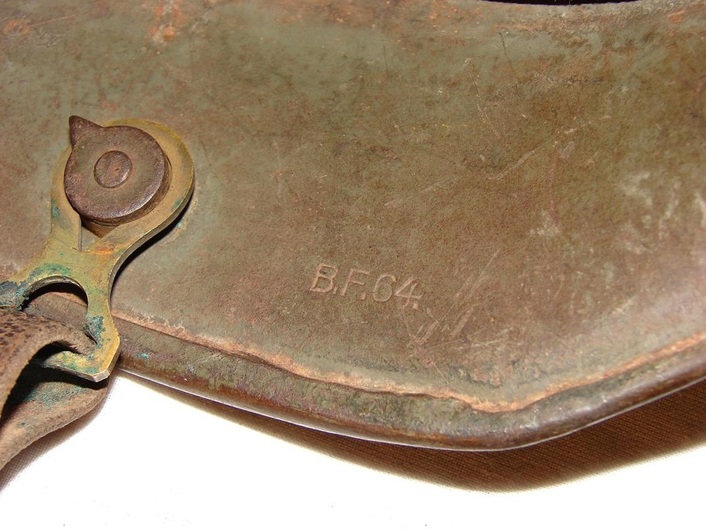 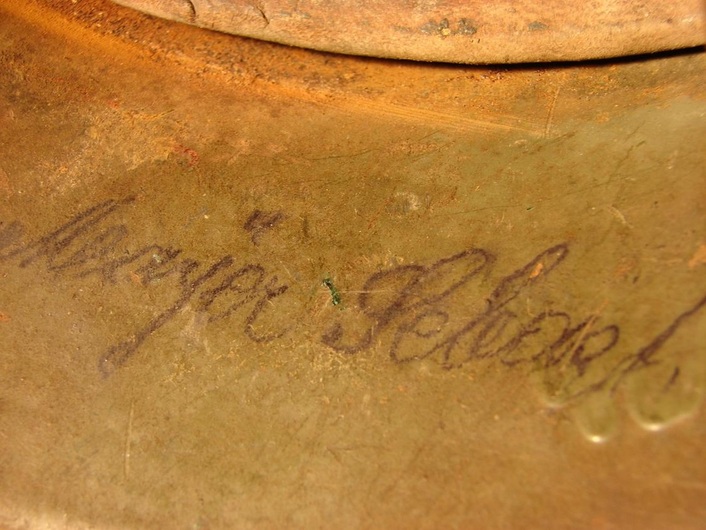 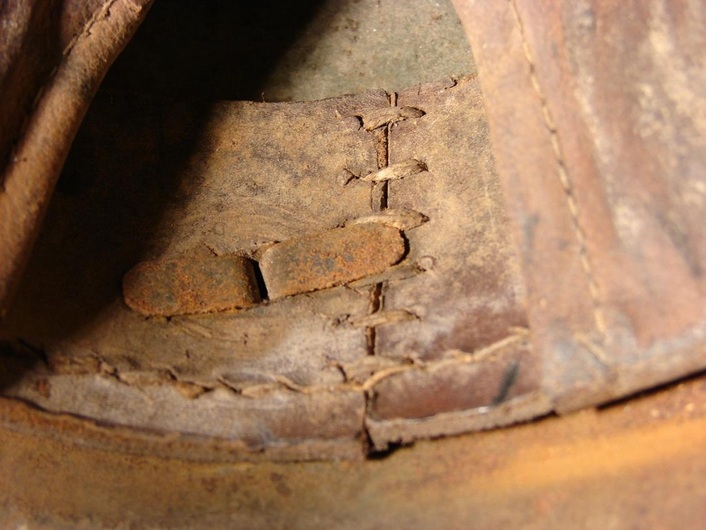 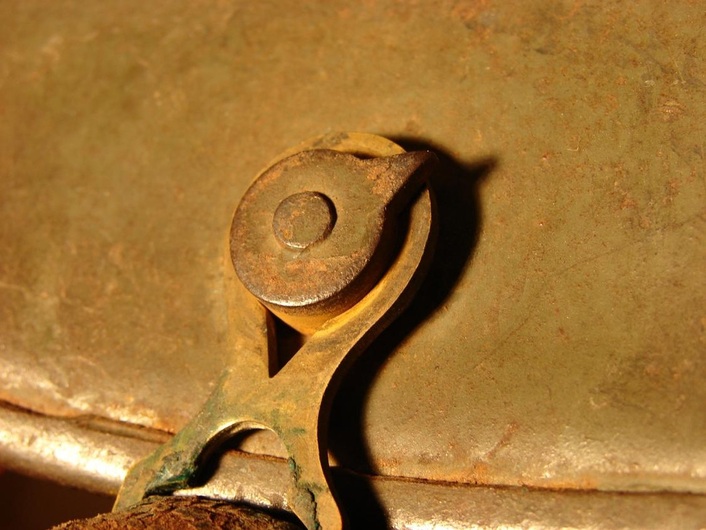 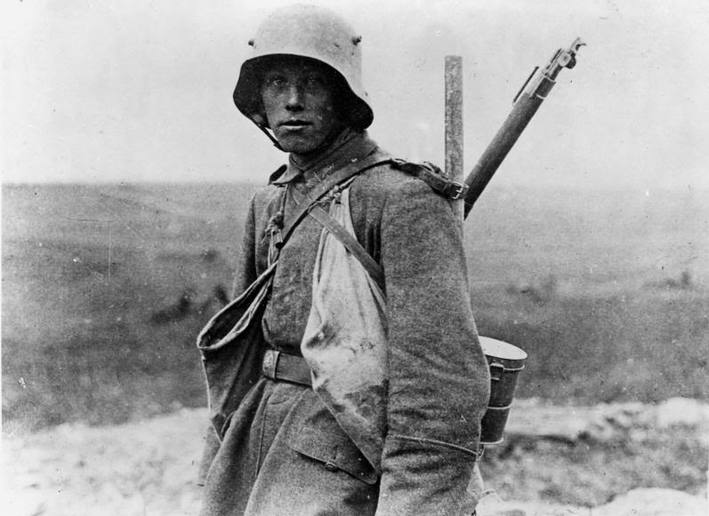