Here is a very nice example of a French M15 Colonial Infantry ( "La Coloniale")  helmet. These troops were formed from the territories of the French Colonial Empire from the 17 Century through to 1960.
The shell itself is a standard M15 painted in "Horizon Blue". The badge to the front depicts a  flaming bomb, common with all French Infantry, and an anchor.
The brass plate to the front peak is a "Veteran's Plate". These were attached to helmets of Soldiers who served in WWI, and were issued post 1918. The translation is "Soldier of the Great War 1914 - 1918".
The liner is the standard 2nd pattern.
(Courtesy: T Anderson Collection). 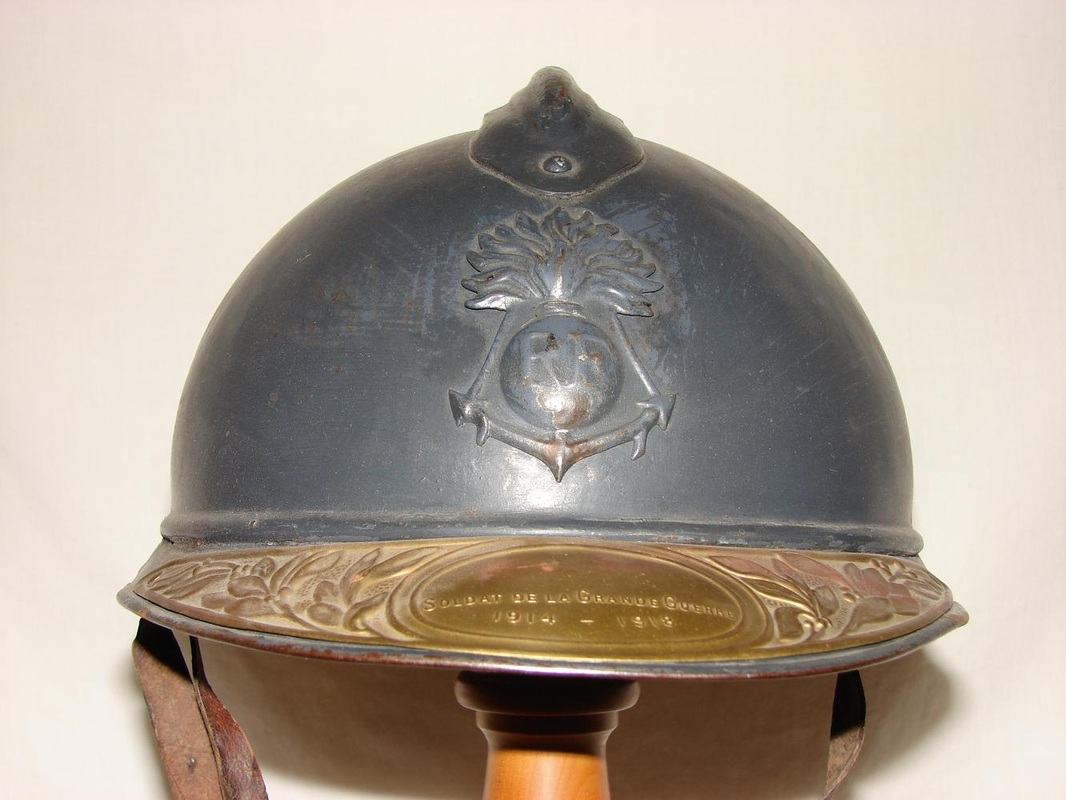 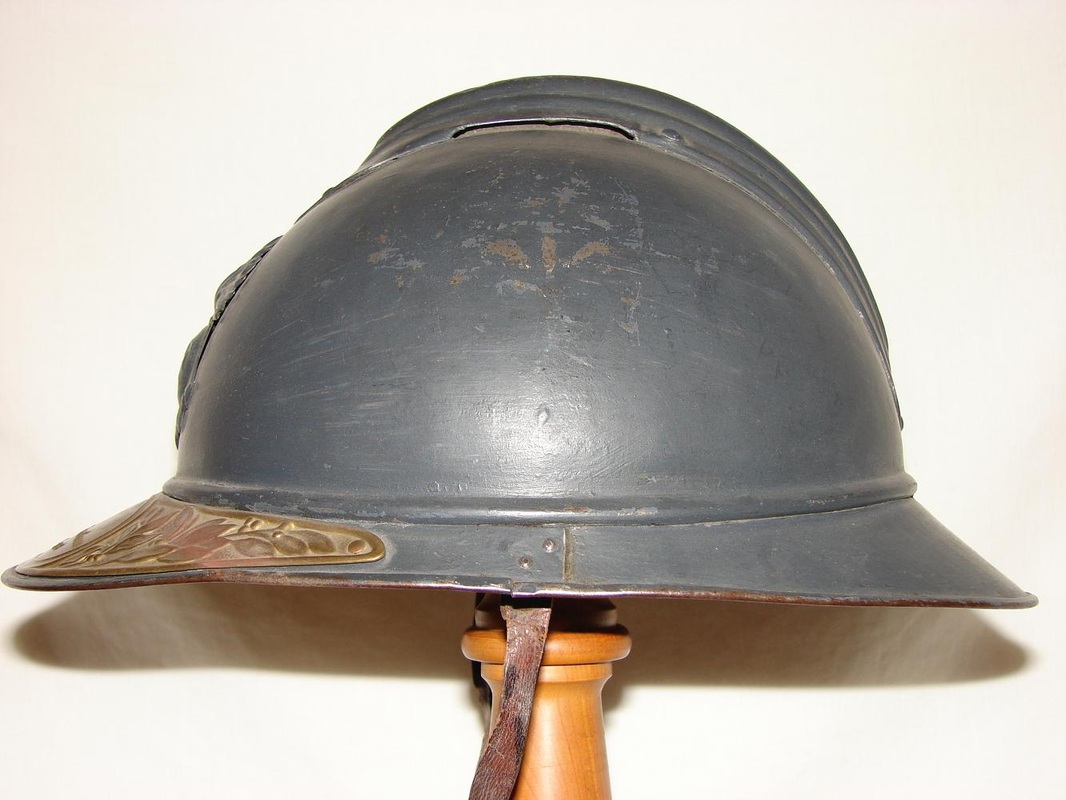 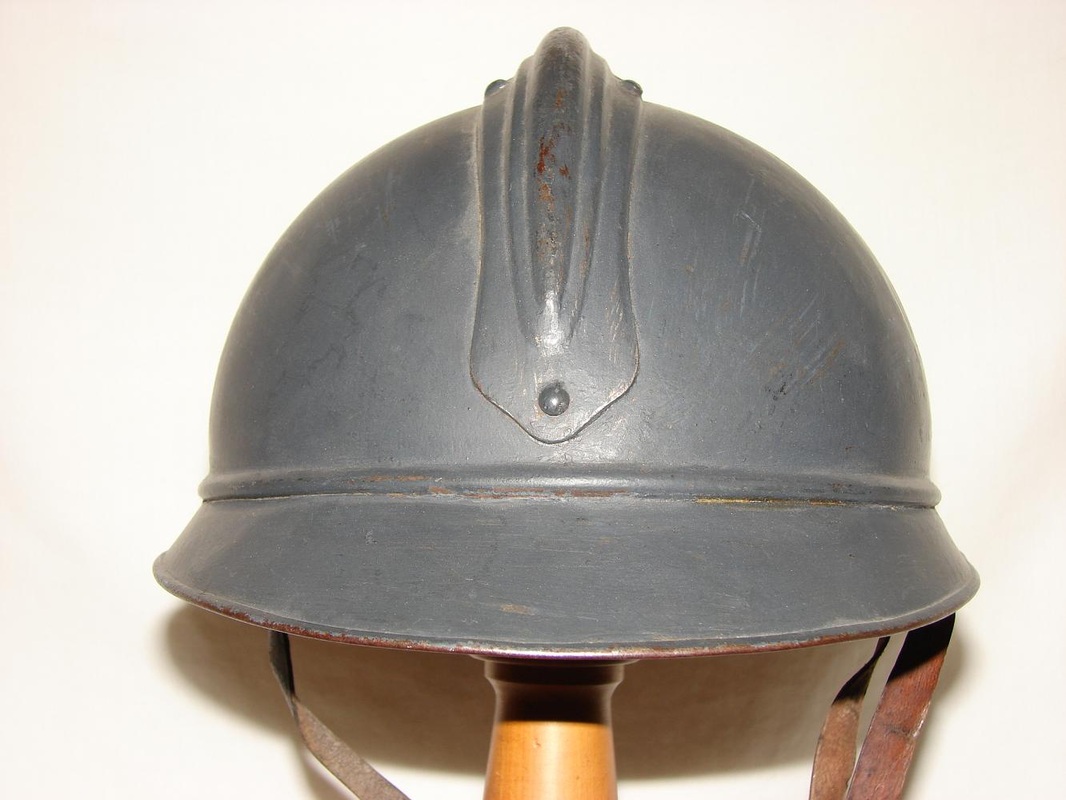 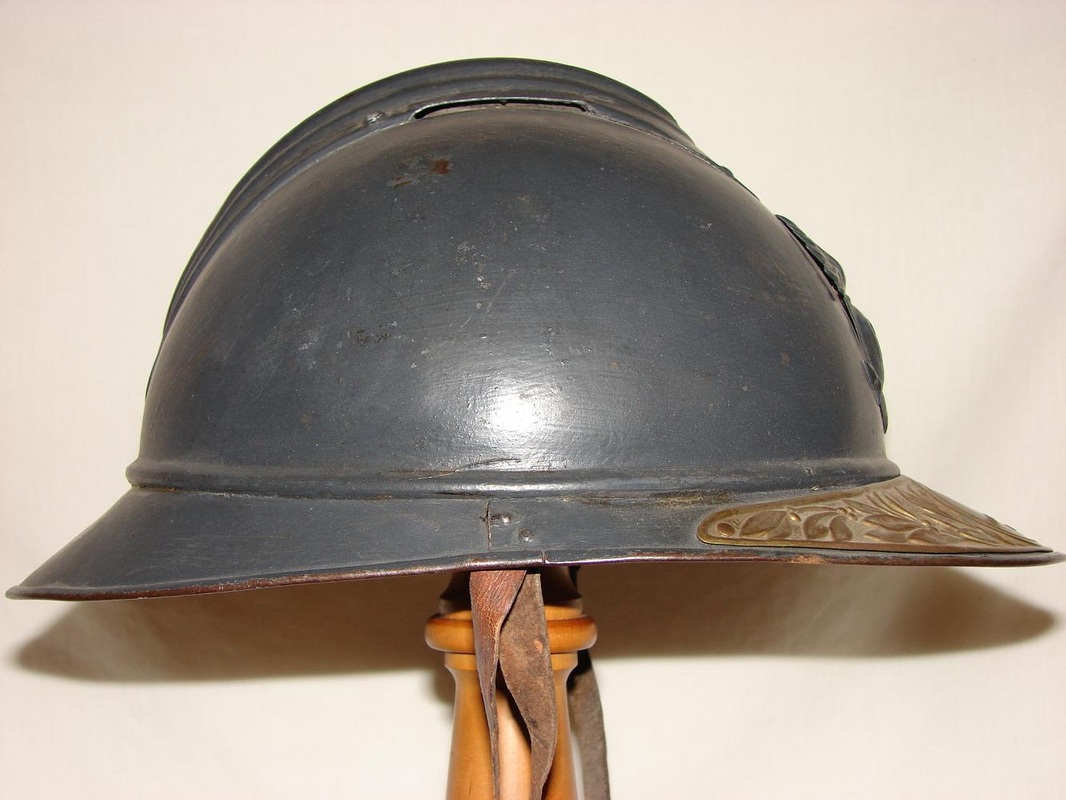 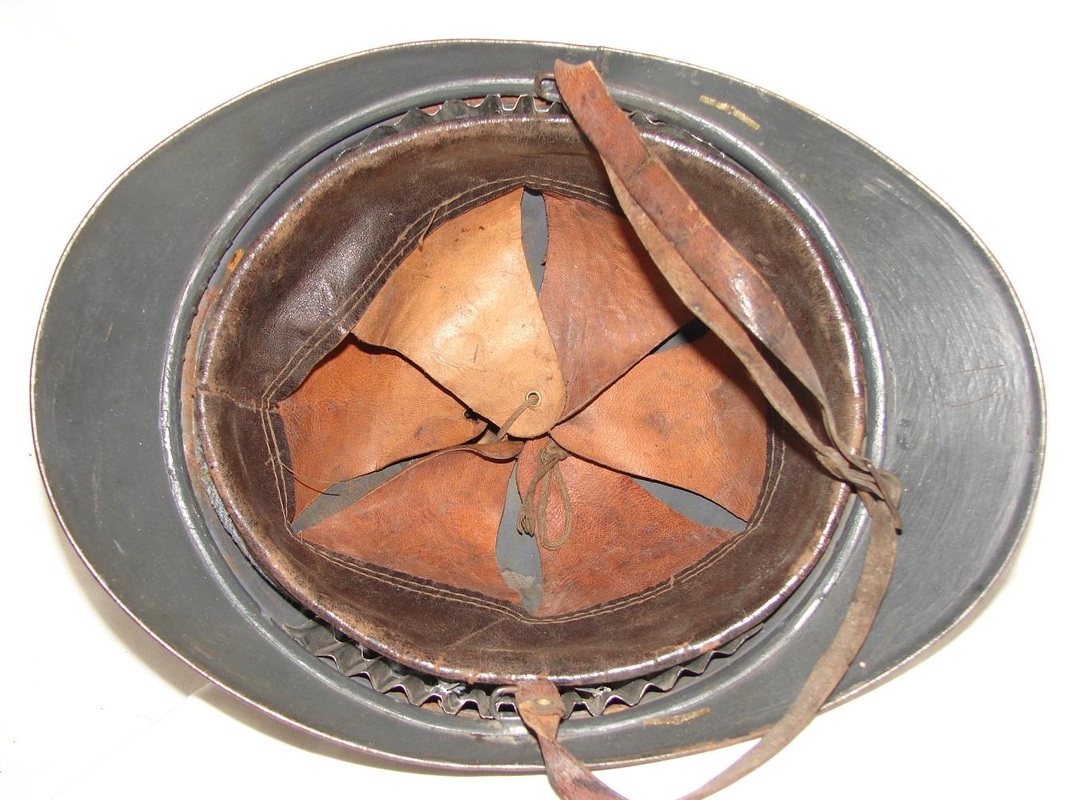 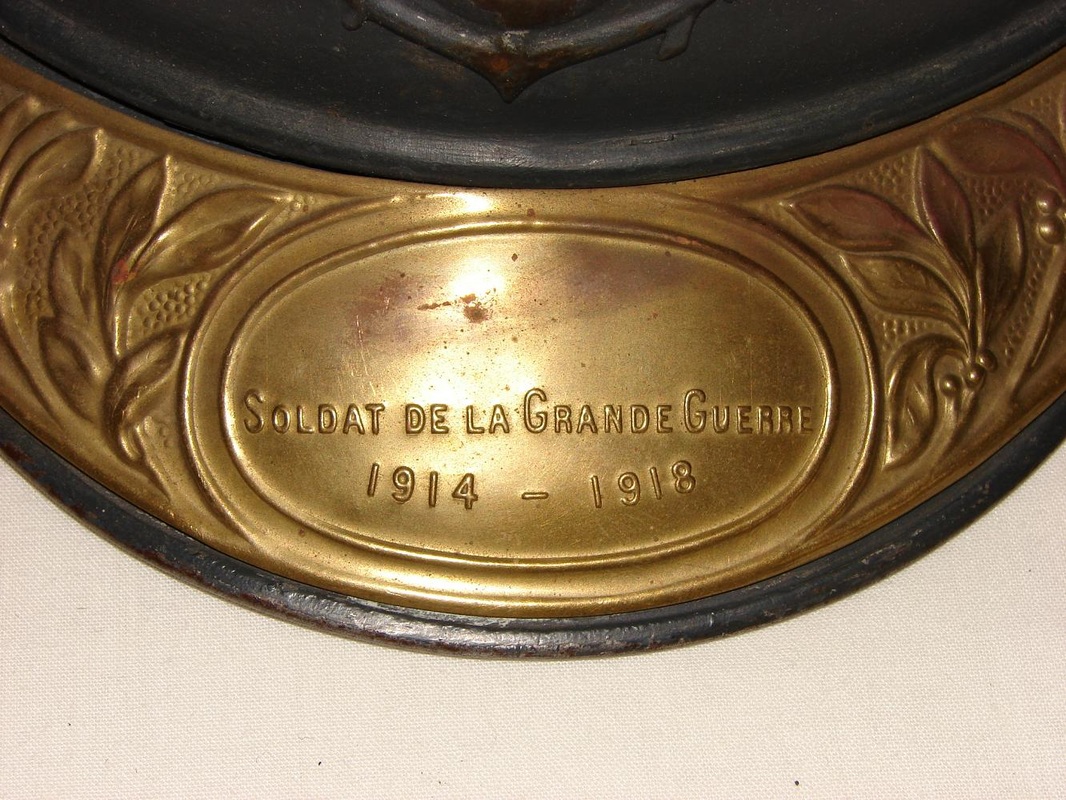 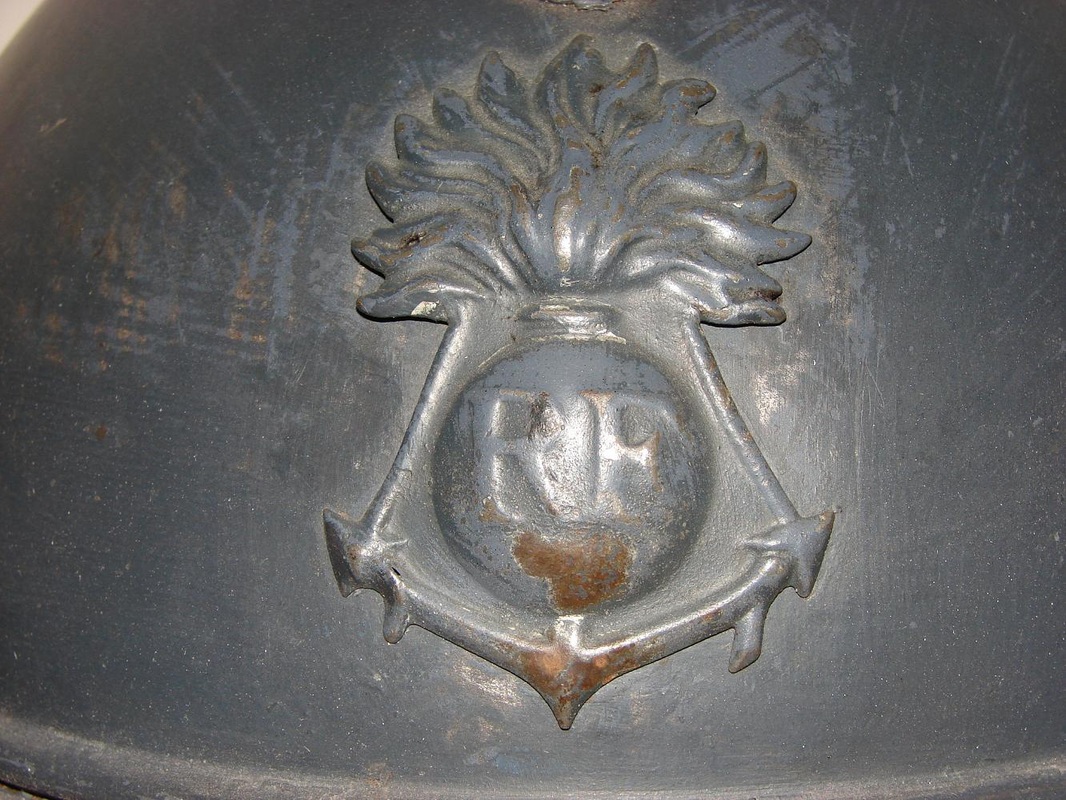