Similar in appearance to the M26, the M34 (sometimes refered to as a M38) was nicknamed the "Eiber" apparently due to the Victory in Eiber by the Nationalists in 1937 during the Spanish Civil War, though this together with other expanations are not confirmed.
The M34 has a four liner pads as opposed to three on previous models and is attached to the steel shell by a single rivet to the top of the helmet. Initially these helmets were not manufactured for the Army but more for Para-militaries though they found their way to all services alongside their predecessors.
This example has been refurbished in 1943 as per orders from the Franco regime. The original liner still exists though the green paint and the Army insignia are new. 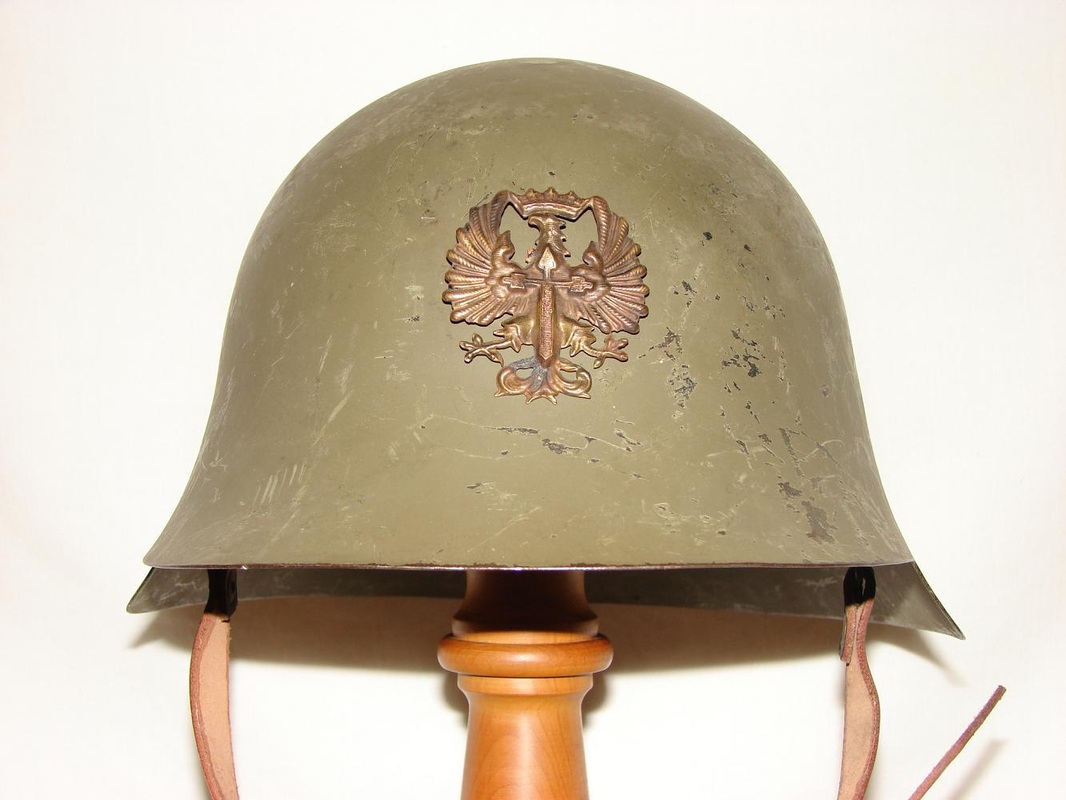 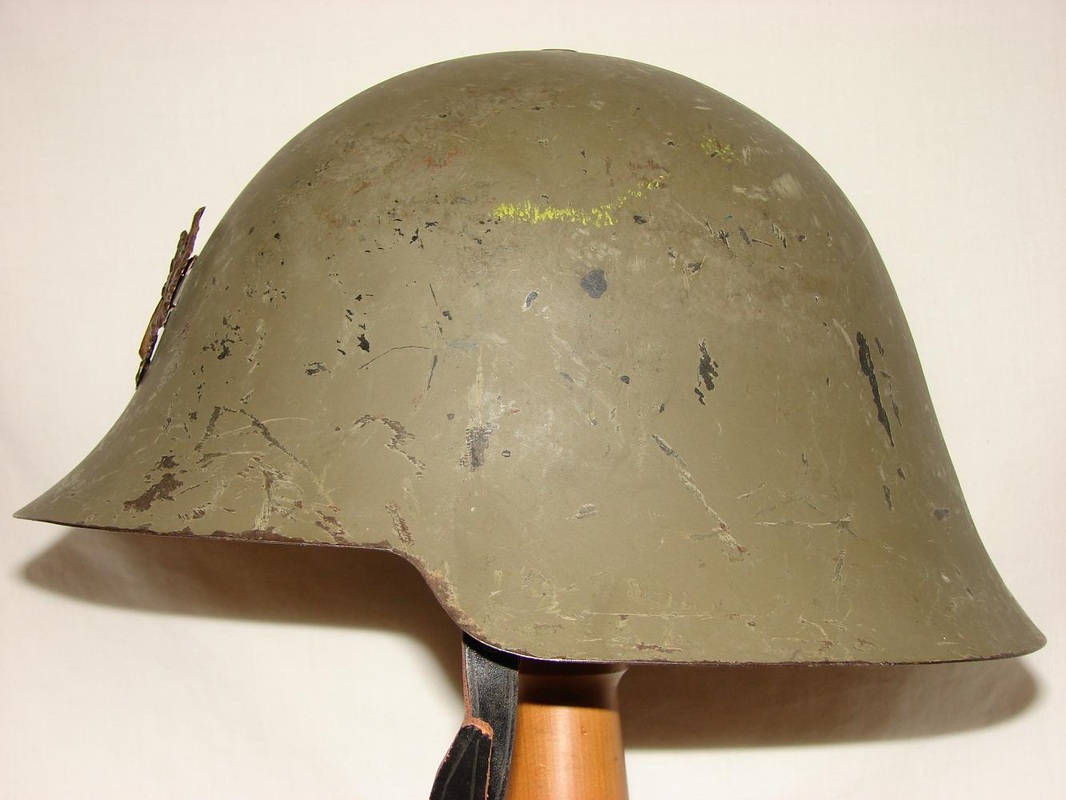 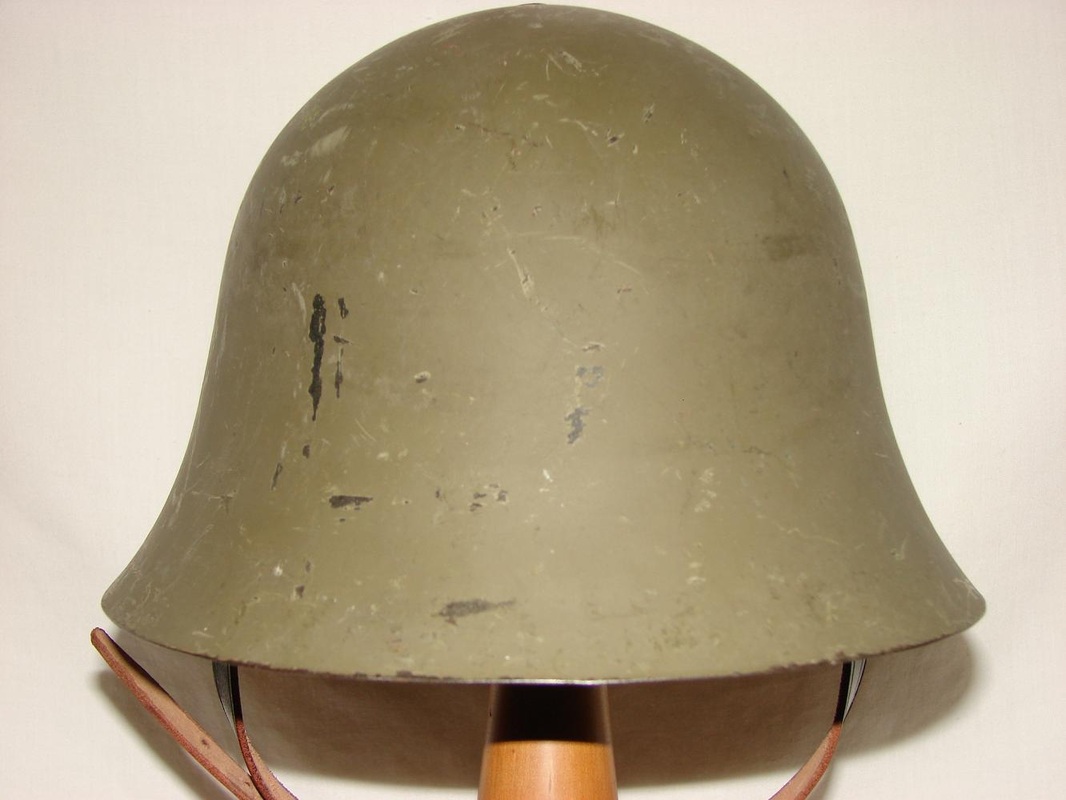 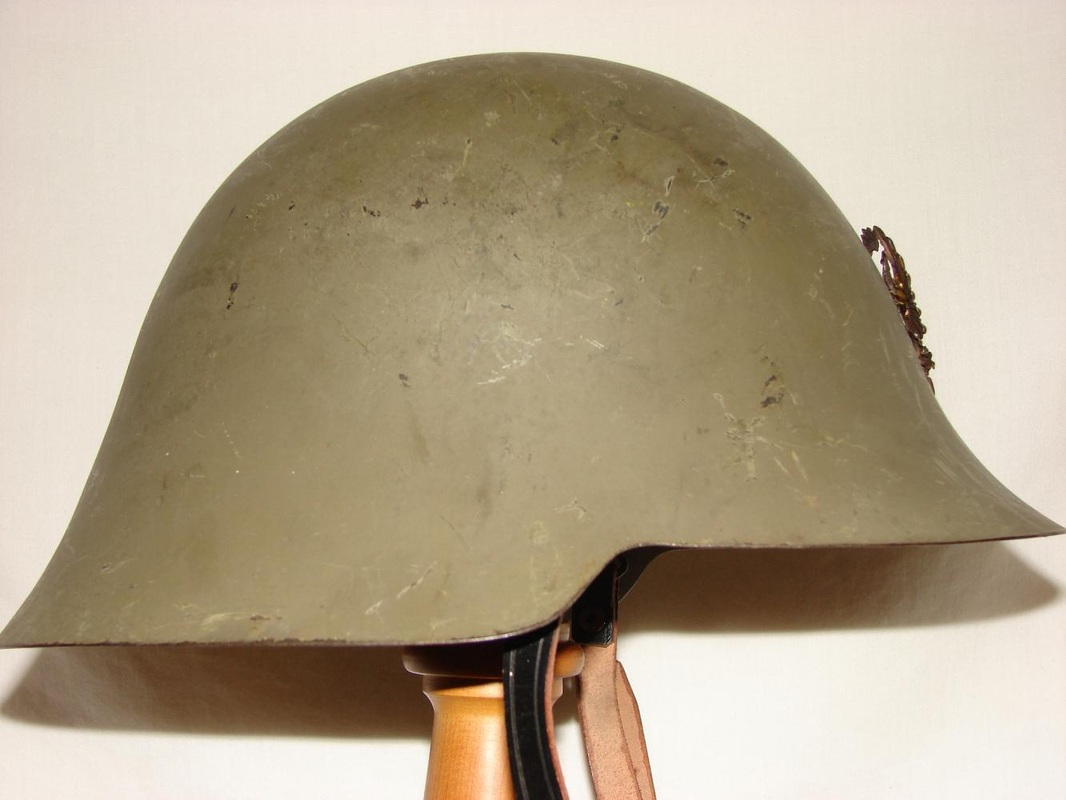 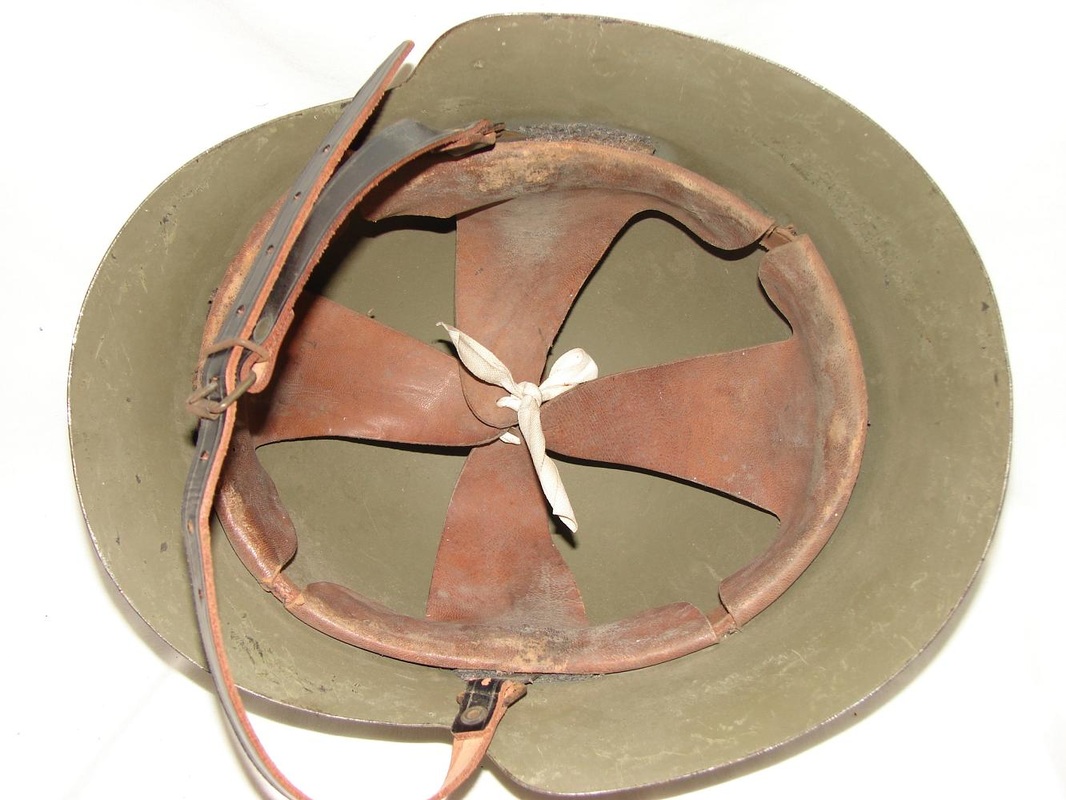