Czech made Vz32/34 combat helmets were supplied by Germany to Chile from 1939 after the German annexation of Czechoslovakia in late 1938.
The Chilean Army painted these new helmets in a grey/green colour and applied their National Insignia to the right side.
Inside the helmet to the top of the crown can often be found a coloured "splotch" of paint which would indicate arm of service of the wearer. The colour green on this example is that of Service and Support Units. Other examples are blue for Engineers, red for Artillery and yellow for Cavalry etc.
Of note is the positioning of the transfer to the right side. Generally, and as per Czech specifications, these helmets should be worn with the rivet and therefore the interior liner pad to front of the wearers head, but in most cases seen with these helmets in Chilean service it has been the opposite.
These helmets were adopted in 1939 and remained in service until 1970. 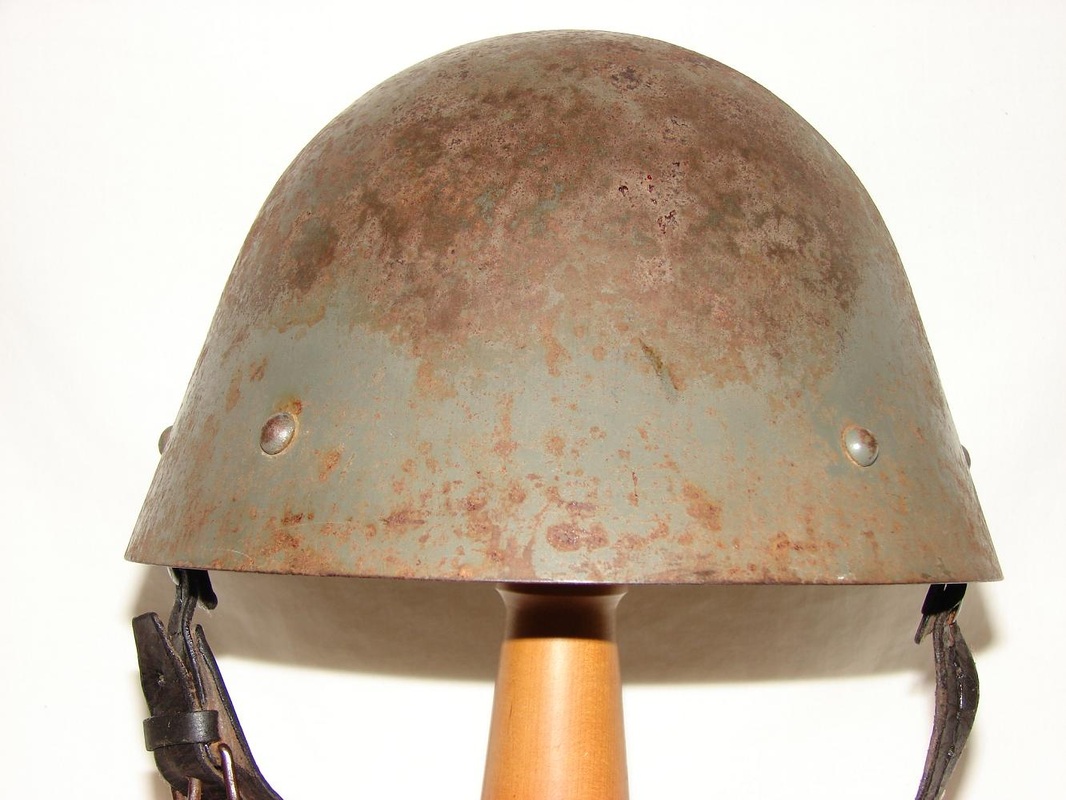 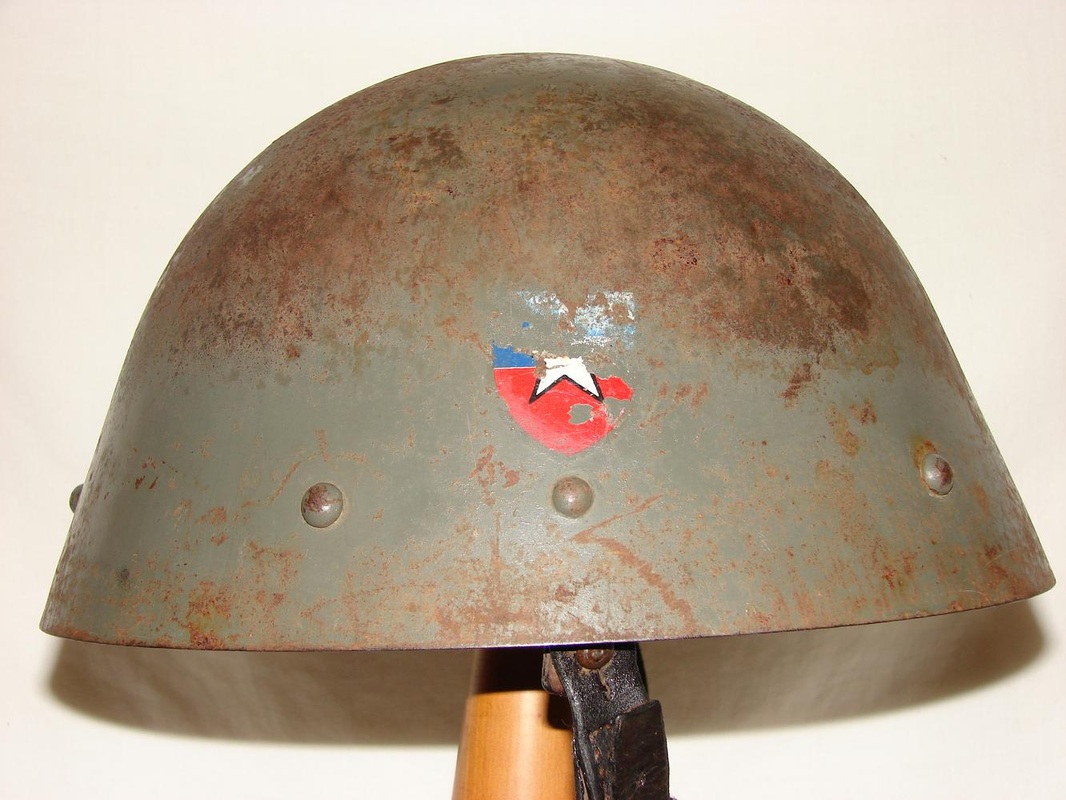 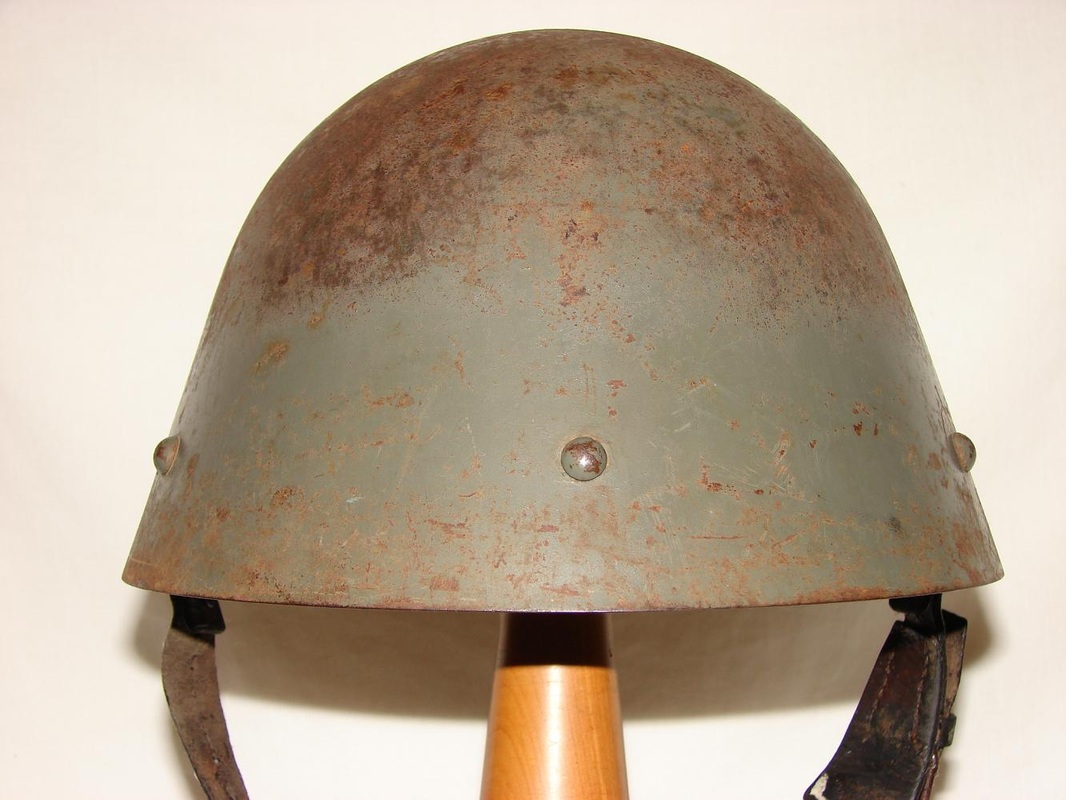 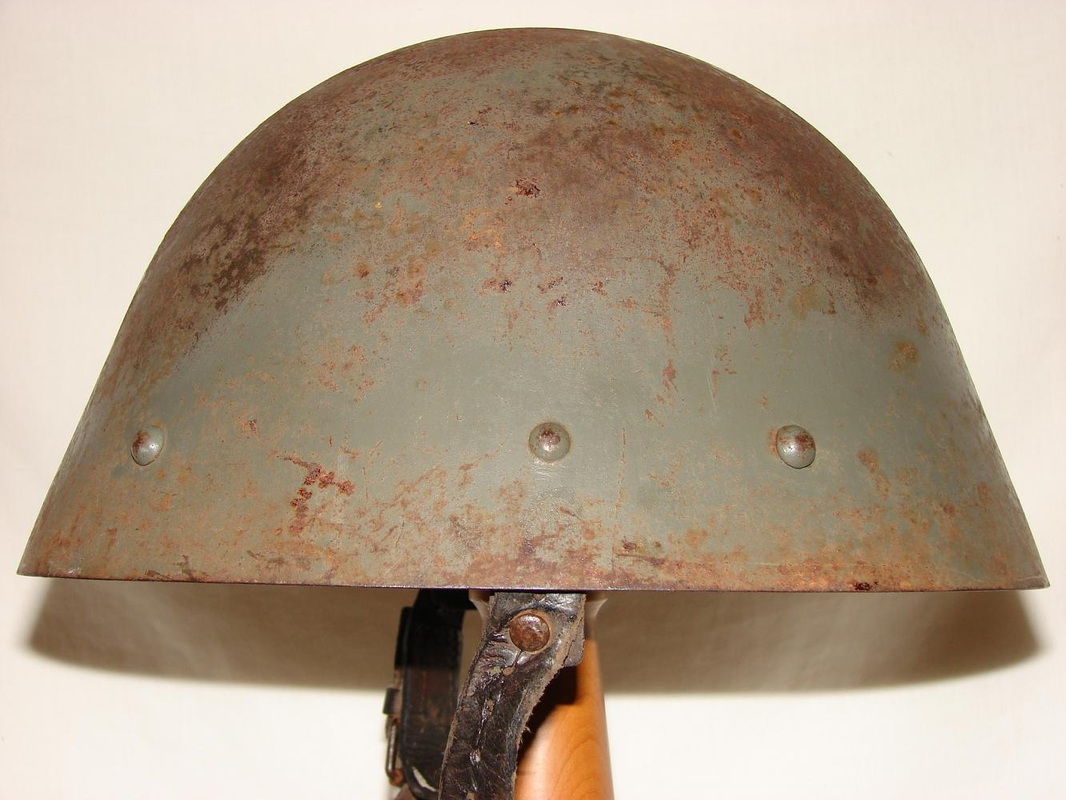 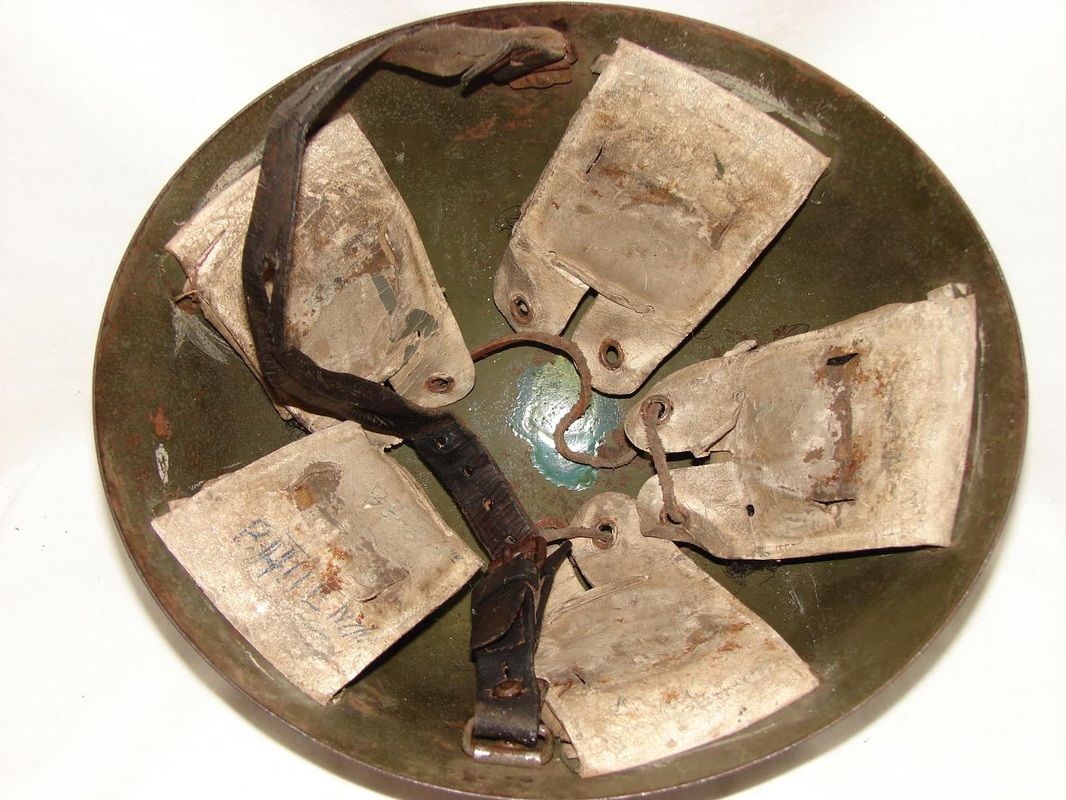 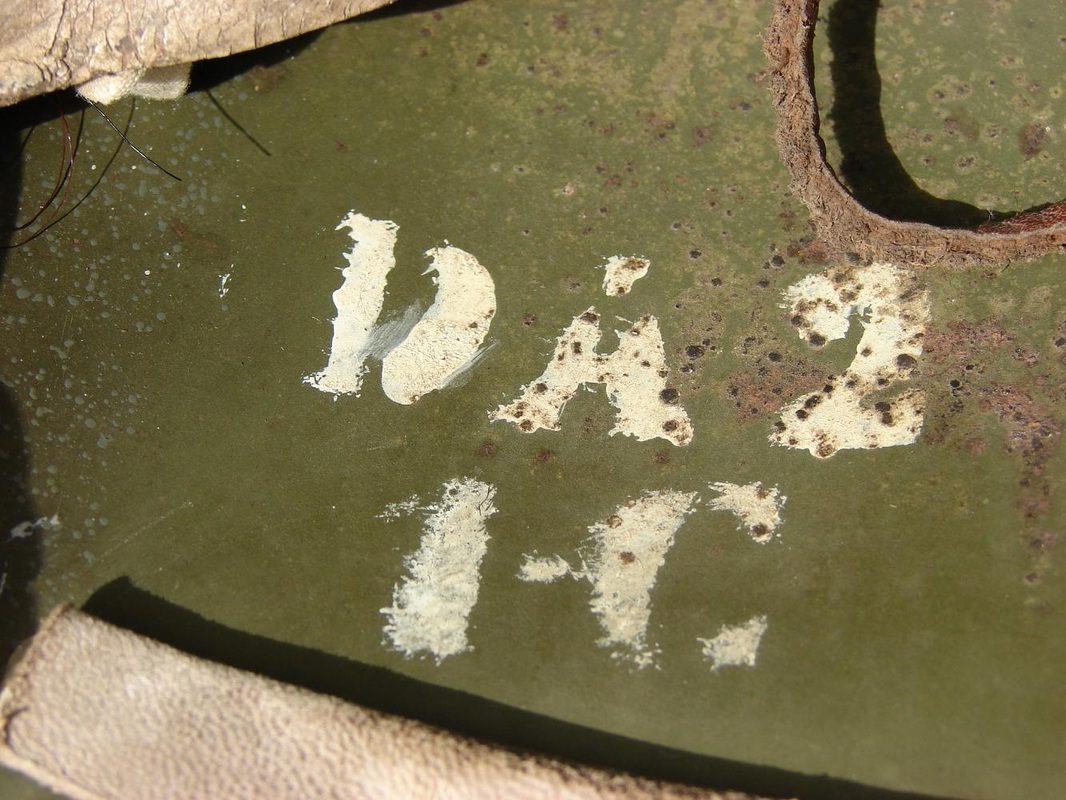 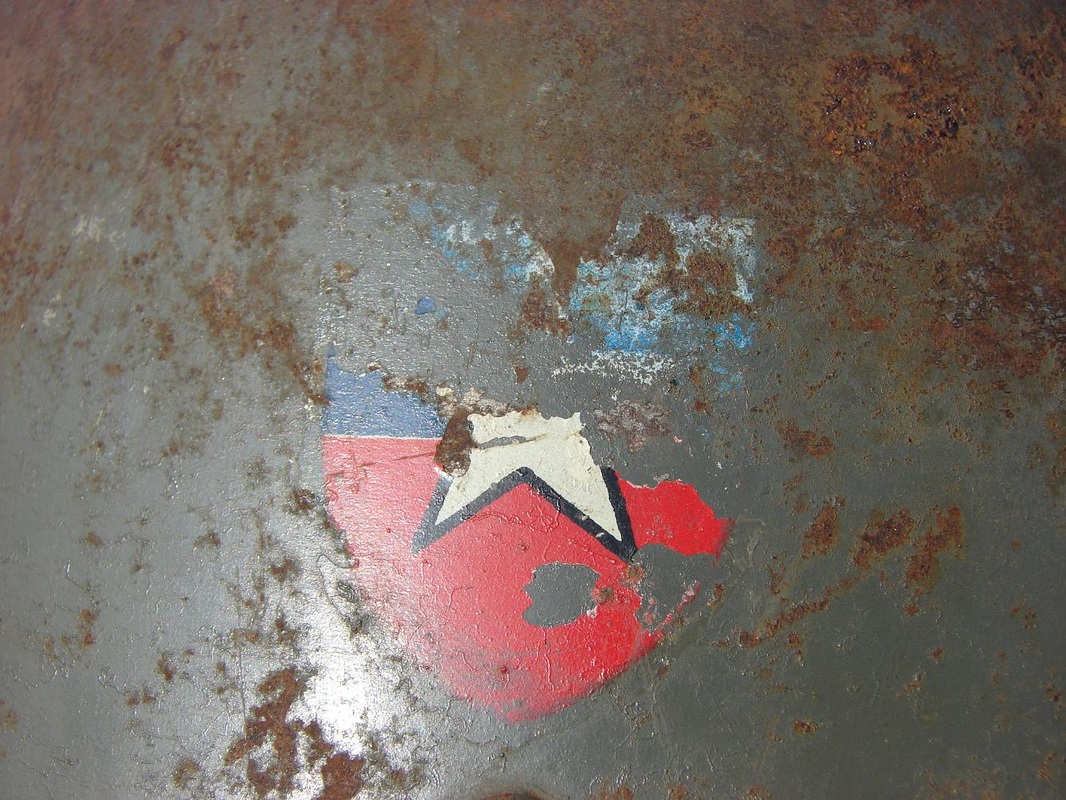 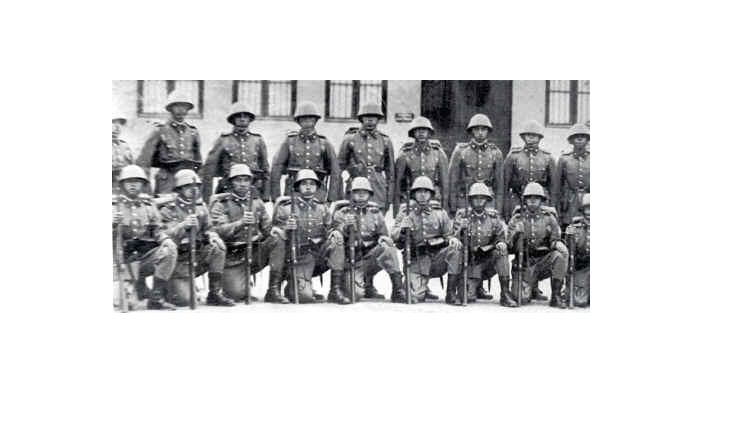