France exported M26 (and M15) Adrian helmets to Mexico in the early 1930's. They were distributed in 1935.
Like the French, the Mexican military incorporated a circular disc badge to the front to designate branch of service within the Army (see chart below). This example has the badge of the Infantry. These badges were made of Brass and measured 55mm in diameter.
This helmet, like most Mexican Adrian's were painted in Green, though variations can be found.
Mexico produced its own Adrian "clone" which resembled the French M23 "Export Helmet" in that it was rivetless, this was designated the M40. 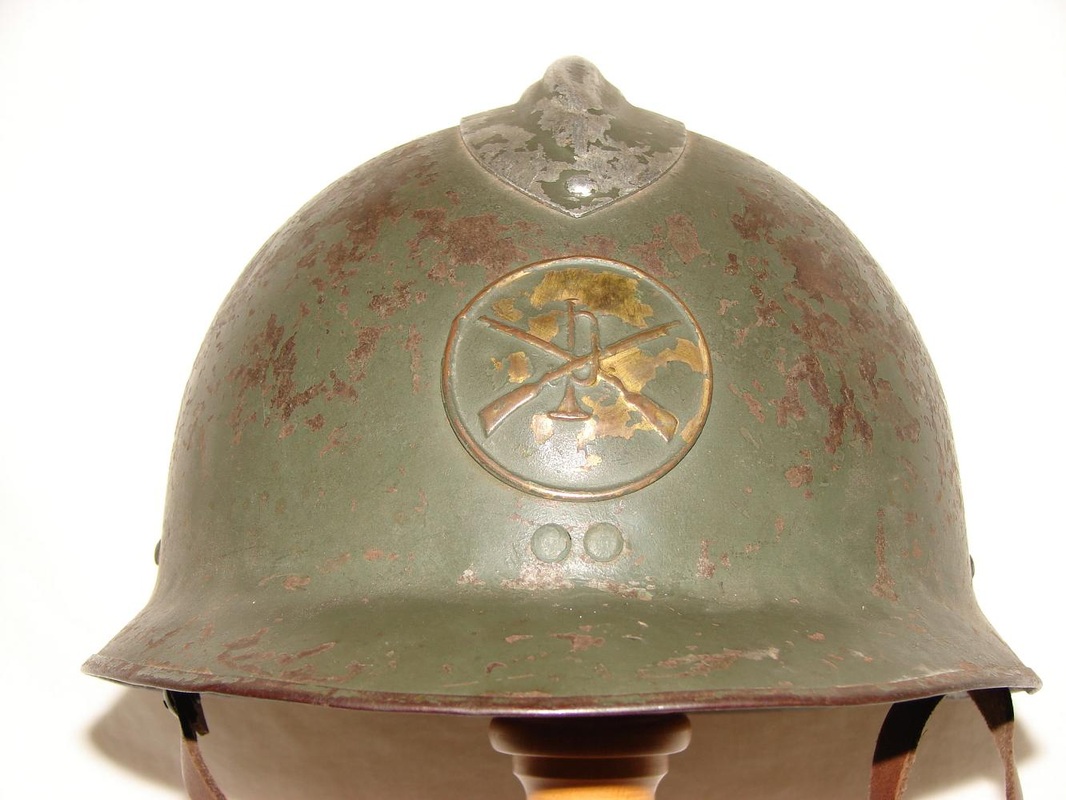 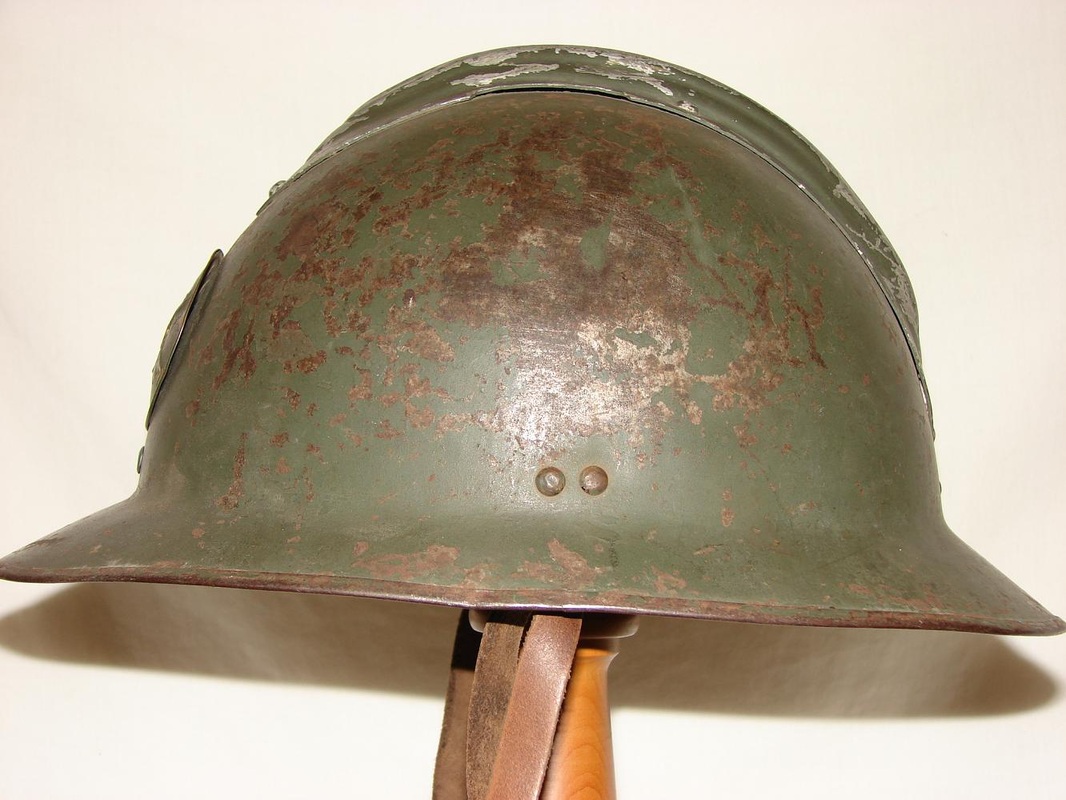 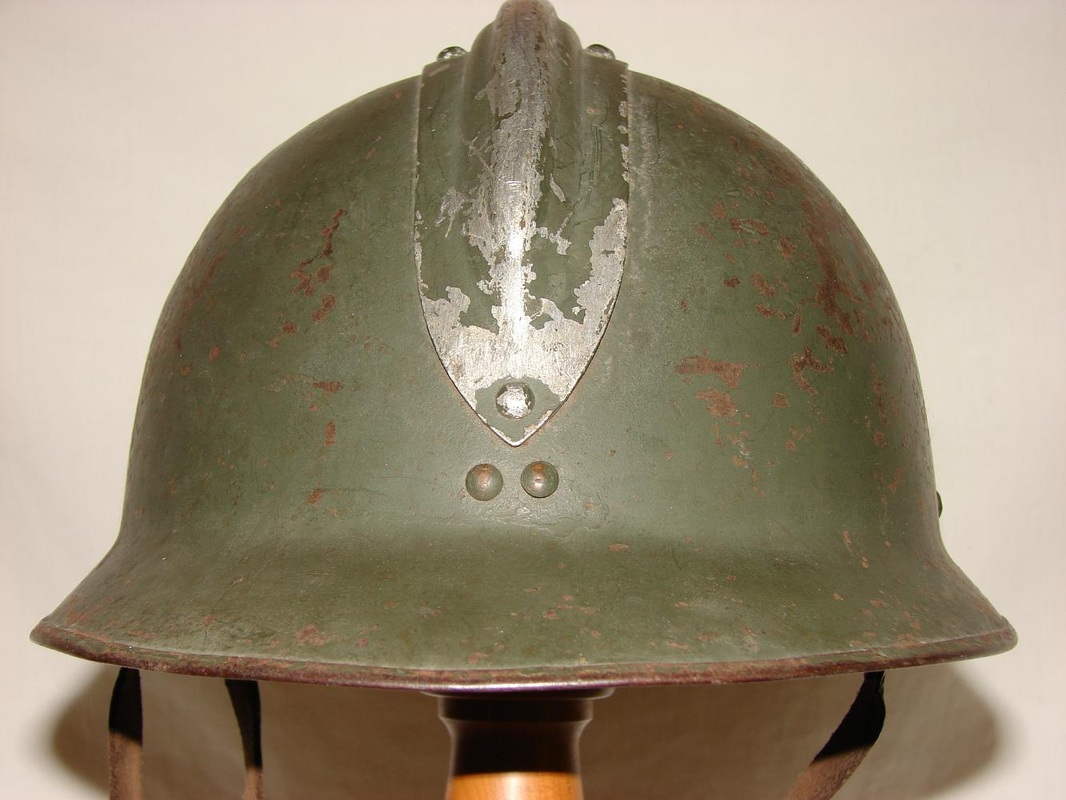 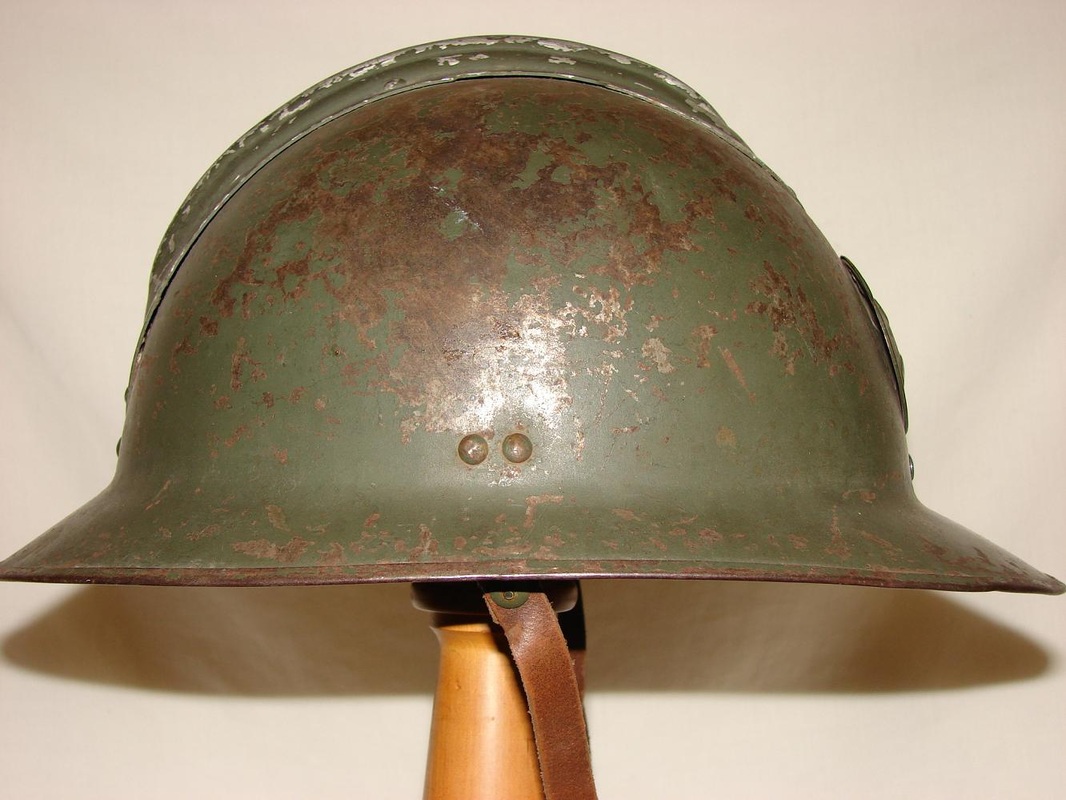 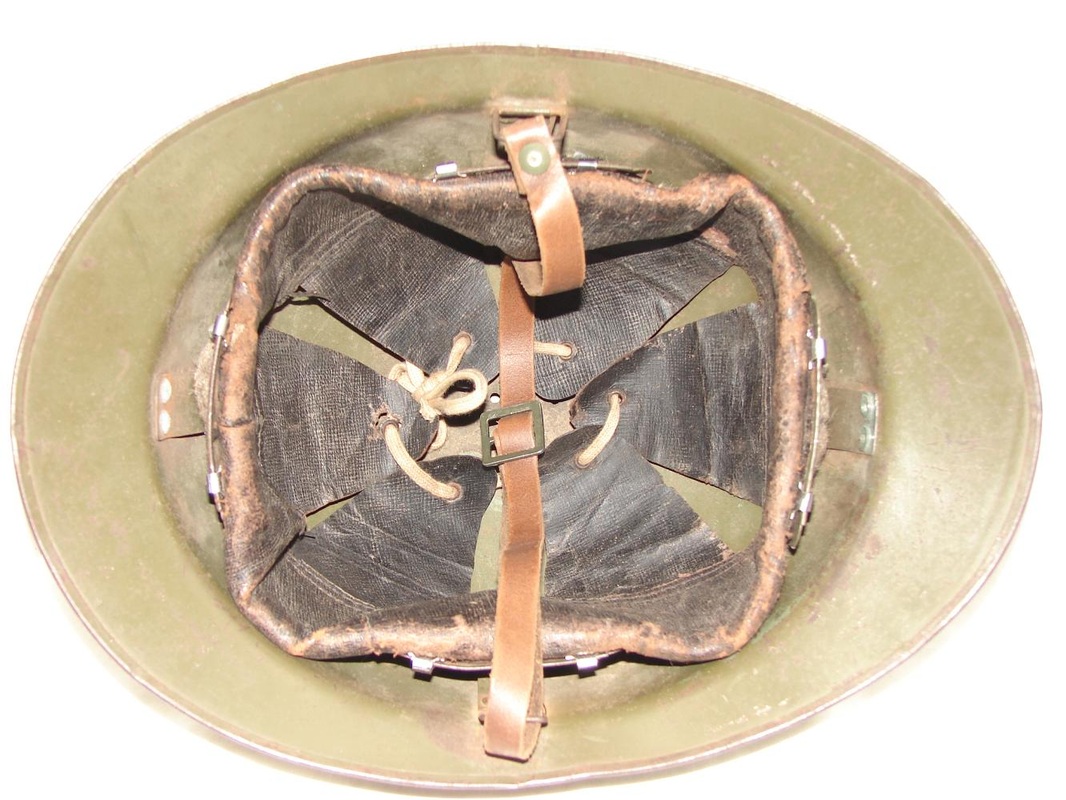 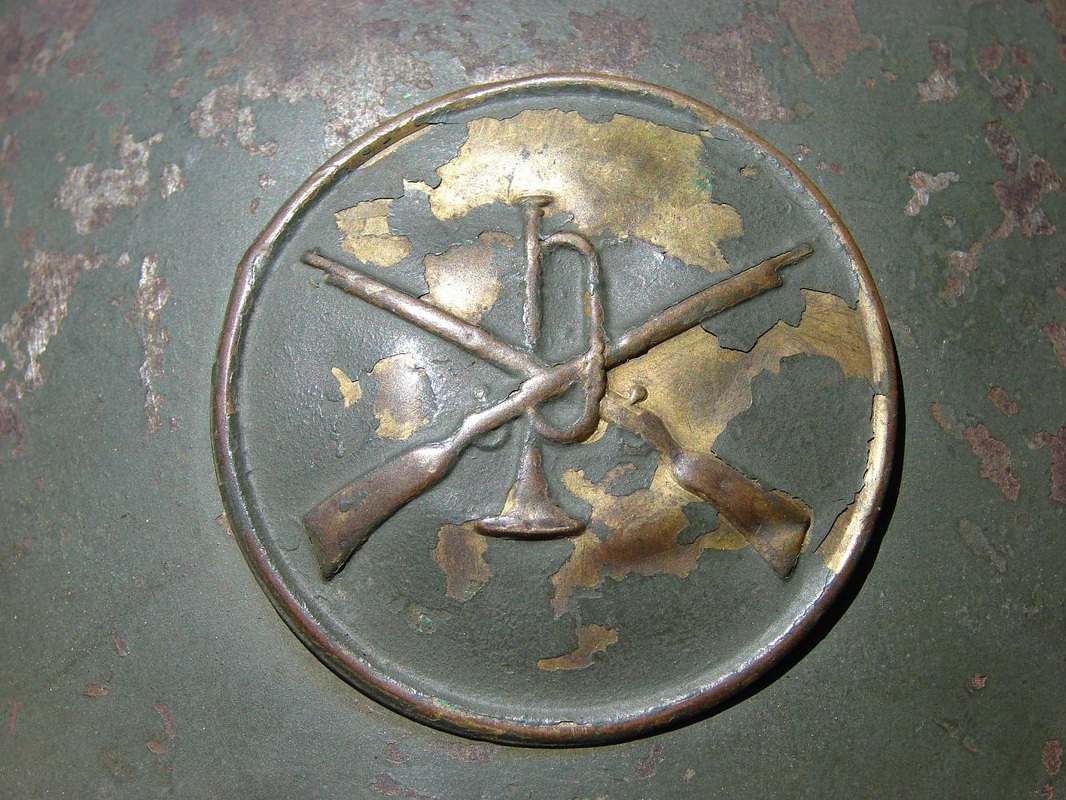 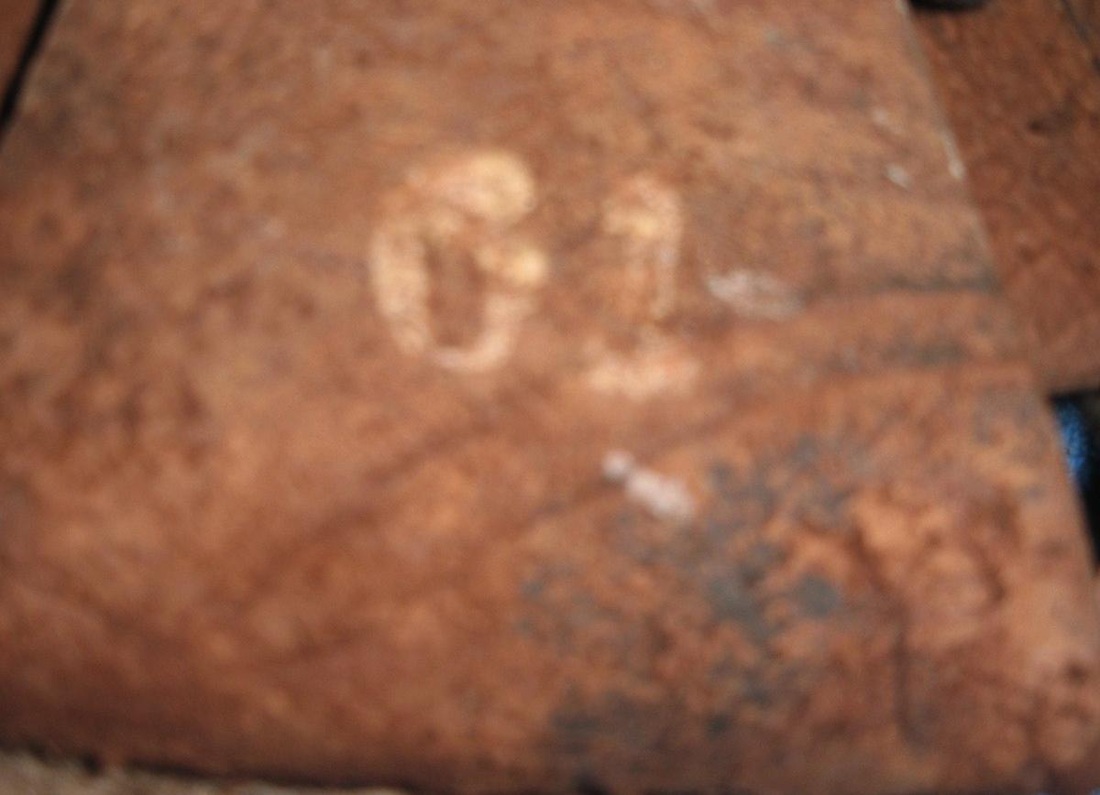 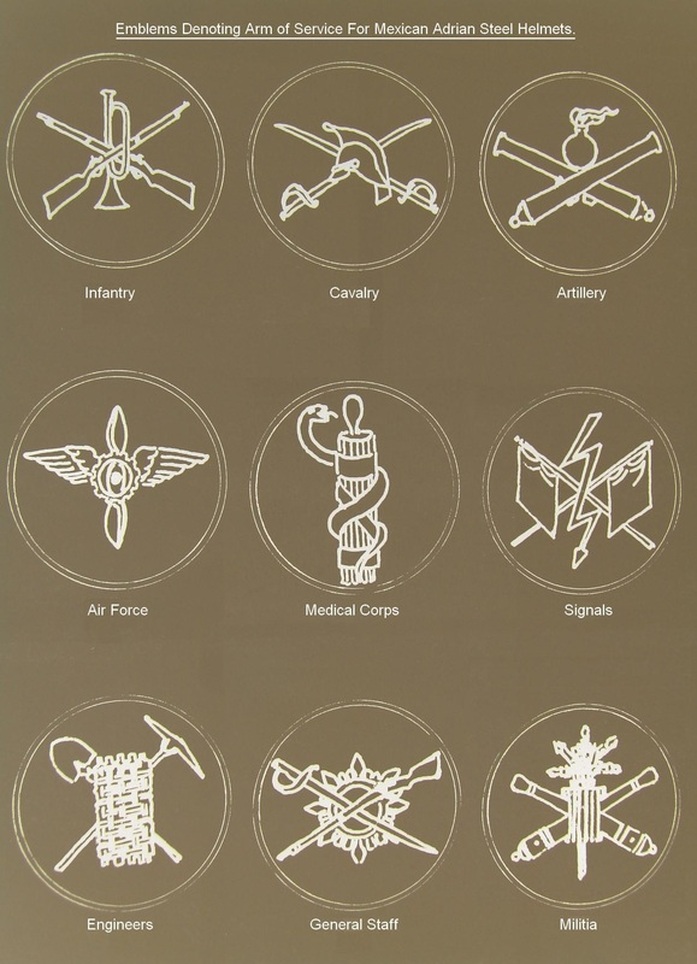