This helmet started life as a Dutch KNIL High Model size 1, this was captured by the Germans in May 1940. The German Army started supplying their volunteer units within the Wehrmacht with these and other helmets on the Eastern Front. These units were called "Schuma".  This KNIL helmet has been refurbished by removing the Dutch badge to the front and painting with "Feldgrau" paint, the same as used on the German helmets at that time, a  M31 liner  was then installed, in order to  fit these liners into the shell there had to be installed a long bracket in the front and two hanging brackets at the rear, the liners were then installed backwards with standard German split pins. German chinstraps were then attached. The liner on this example is a 1943 dated "Biedermann und Czarnkkow"  (B&C) and a size 64, the chinstrap is RB numbered, though difficult to make out.
A very rare helmet..

The territories occupied by Germany in 1941 proved to be too large for  their  Combat Police/SD  units to police effectively which resulted in the recruitment of local anti-communist personnel which were formed into Schuma ("Schutzmannschaften" or "Protection Troops") units from November 1941, used mainly in the war against the ever increasing Partisan problem behind the German lines.
The Schuma personnel were Auxiliary Police largely recruited from the Baltic States and the Ukraine, they fell under the control of the regional "Höhere SS und Polizeiführer", (Higher SS and Police Leader). These Schuma personnel wore a wide variety of uniforms, headgear and insignia including surplus black Allgemeine-SS uniforms, and assorted field-grey and police green items. 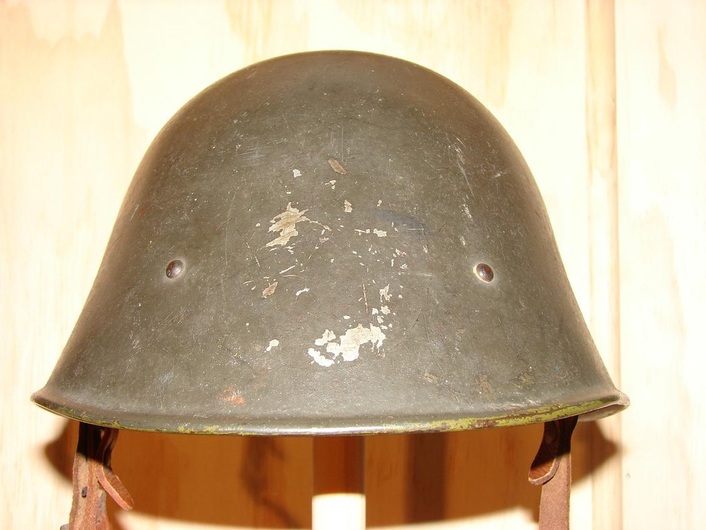 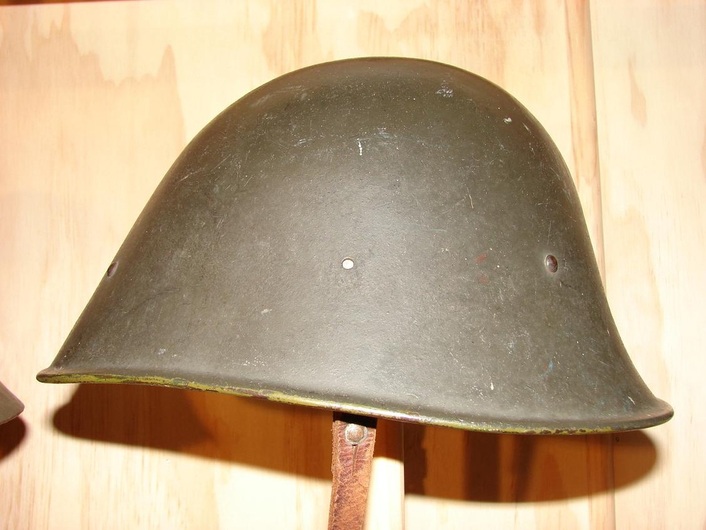 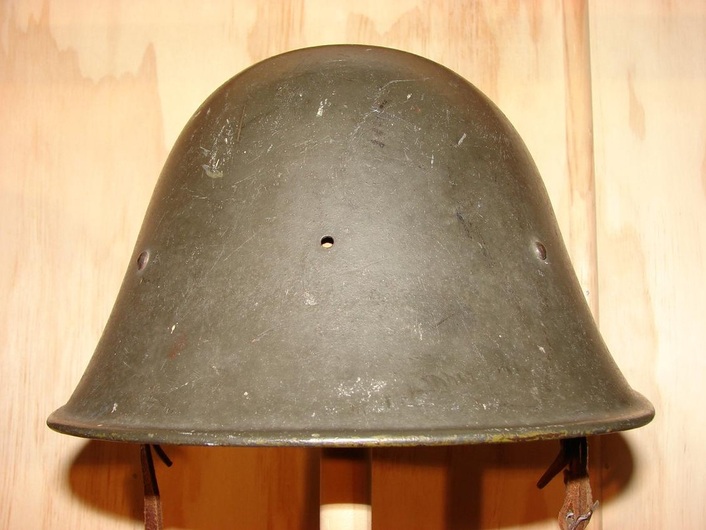 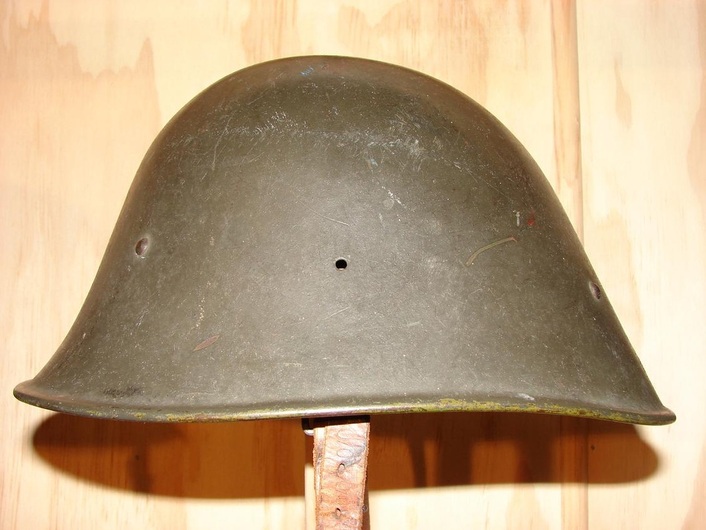 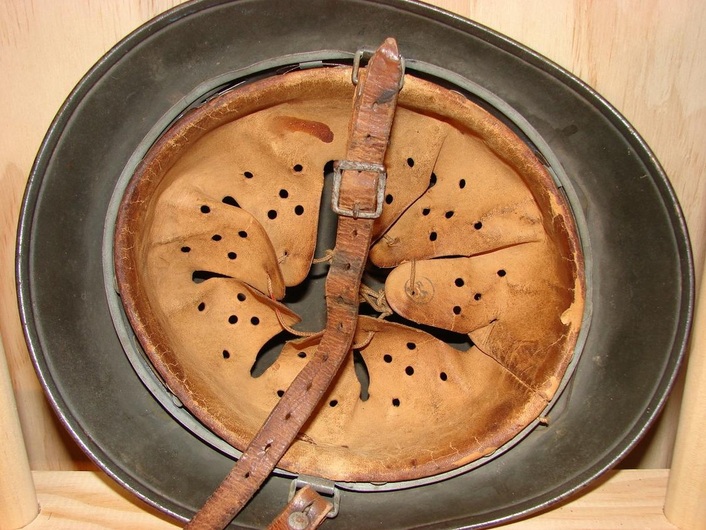 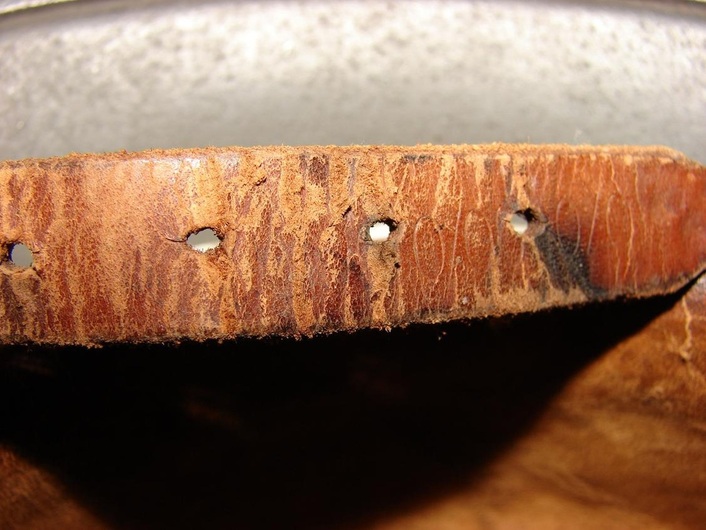 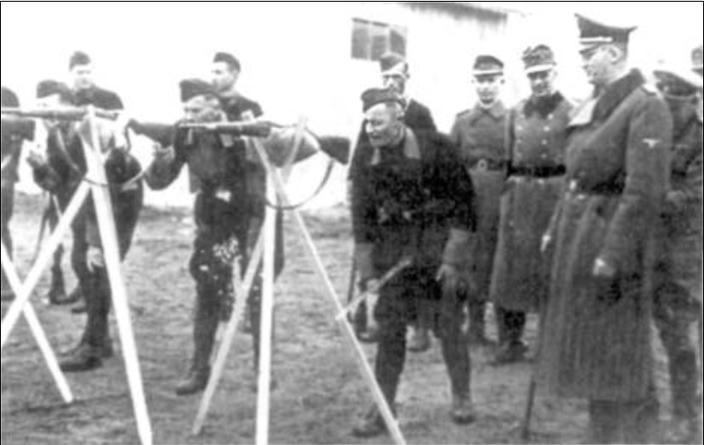