This was Spain's first locally produced helmet, made at the National Arsenal of Artillery at Trubia. This helmet was given the name "Sin Ala" or "Without Wings" due to the straight sides of the helmet. 1926 saw the first of these helmets made.
It was a solid helmet made from 1.1mm steel but very few were produced, apparently numbering only around 12,000.
Many like this example, and most other helmets in service with the Spanish Army were withdrawn in 1943 and refurbished, liners and chinstraps were replaced, green paint was applied and also a small frontal bracket was affixed to support the new National Army Insignia that was to be worn during parades and cermonial occasions.
To find an M21 in original grey paint and hollow side chinstrap rivets is very rare. 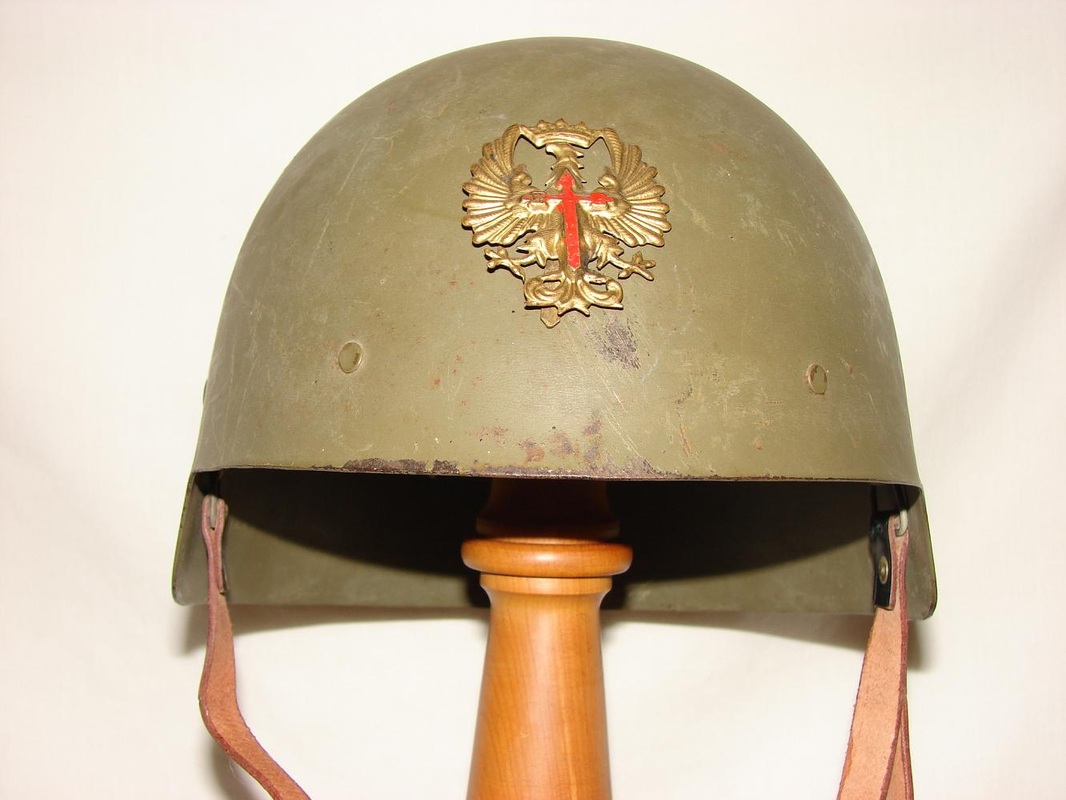 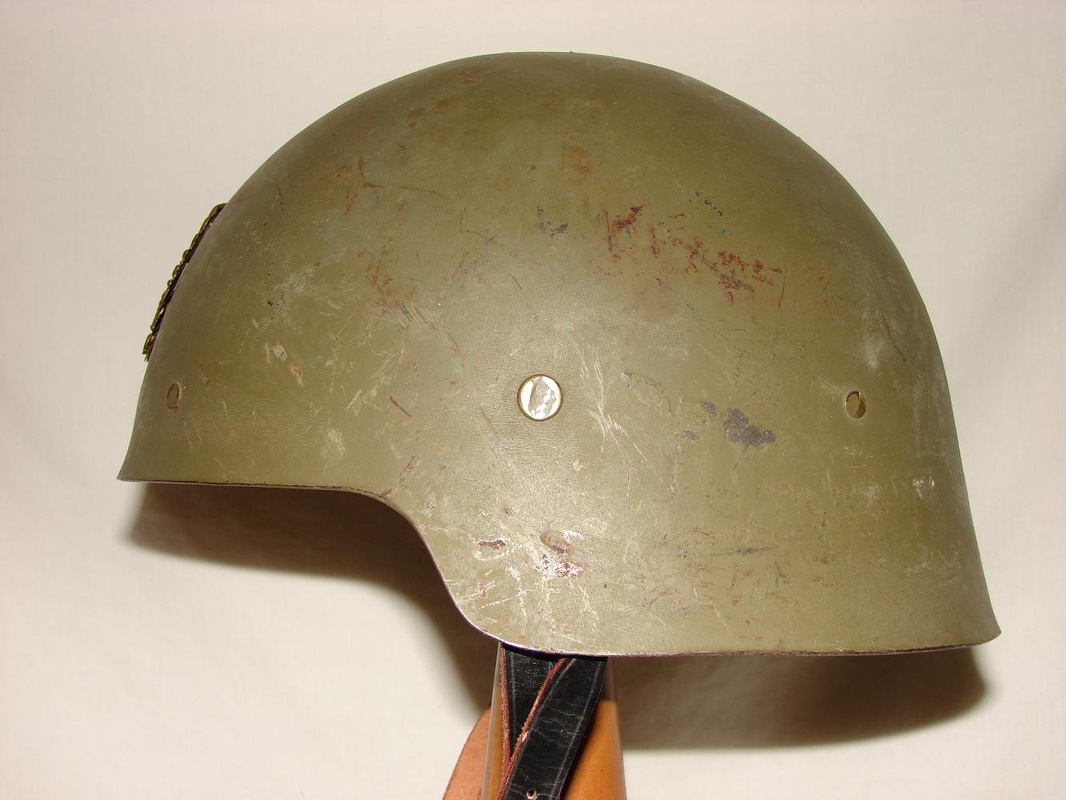 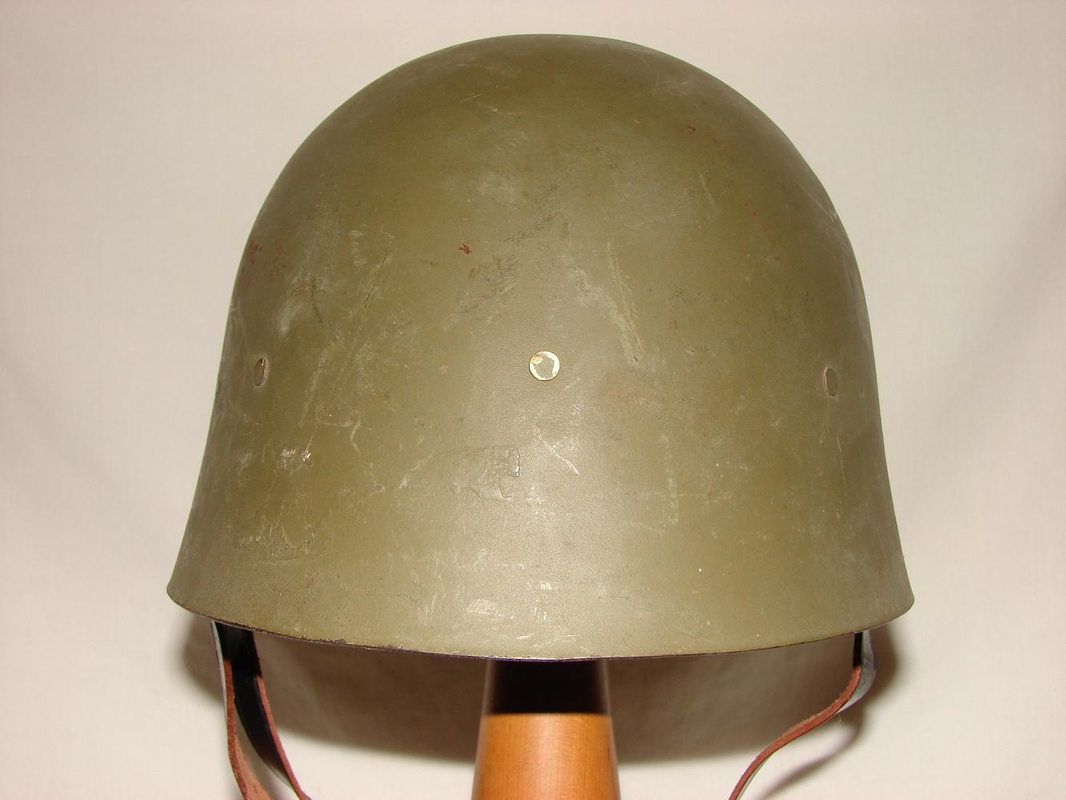 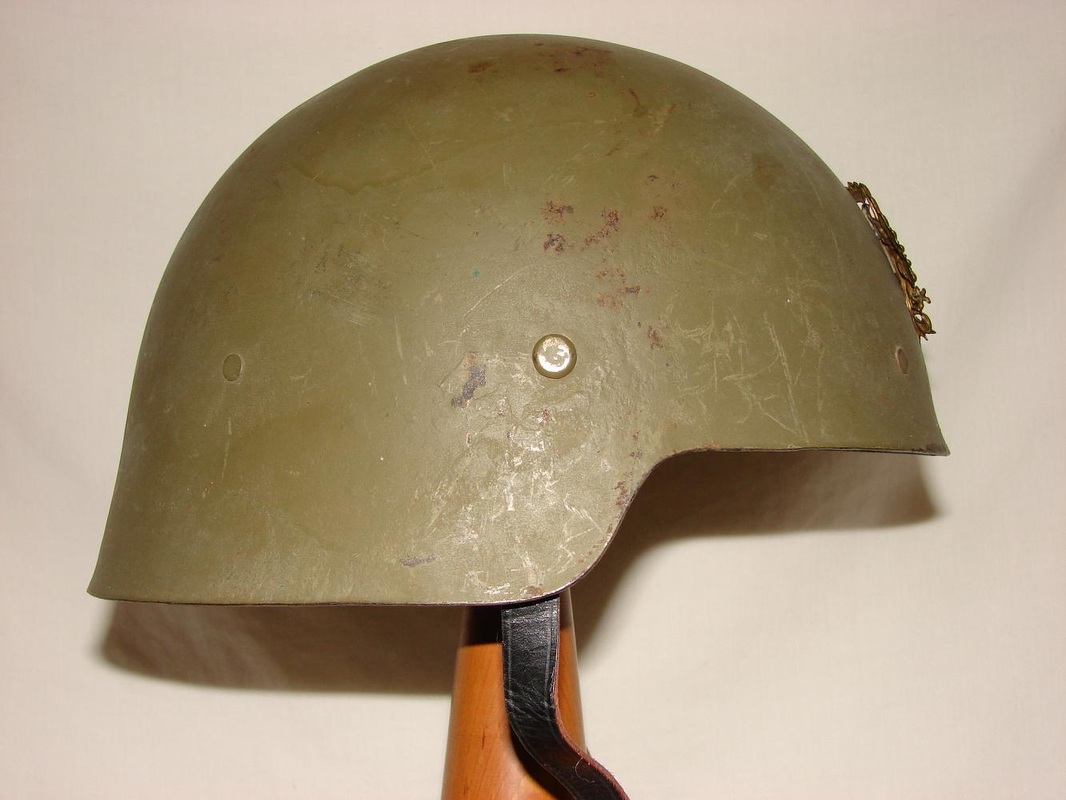 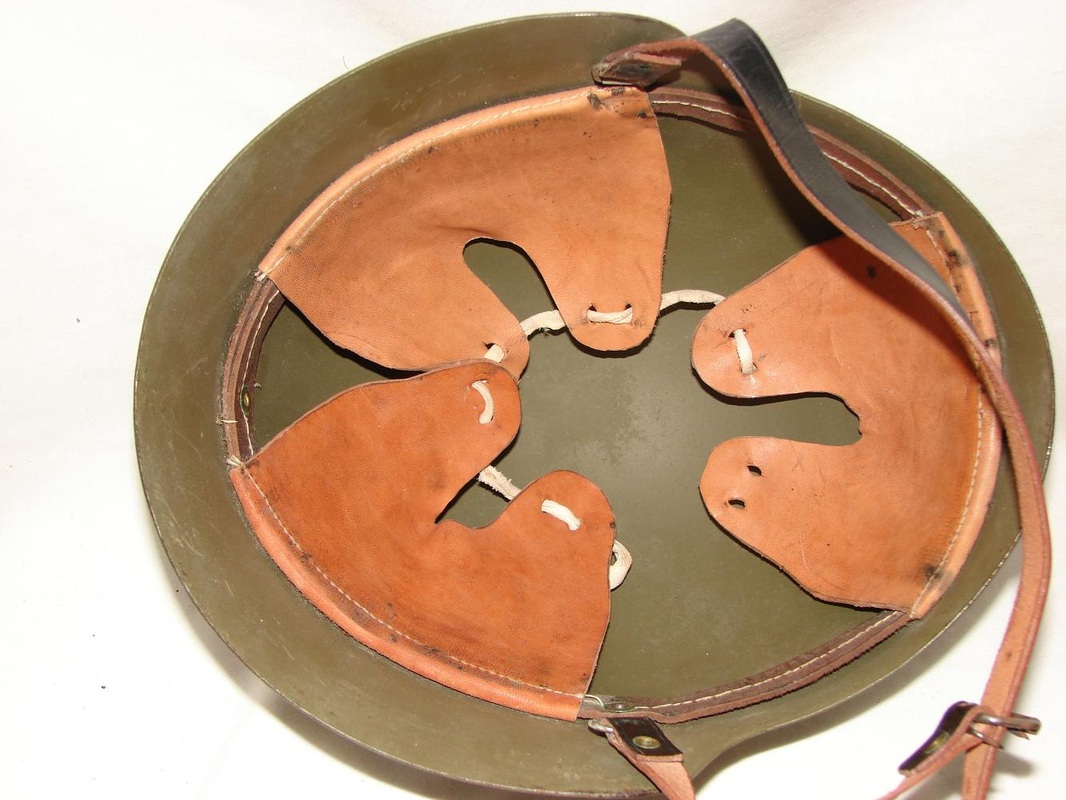 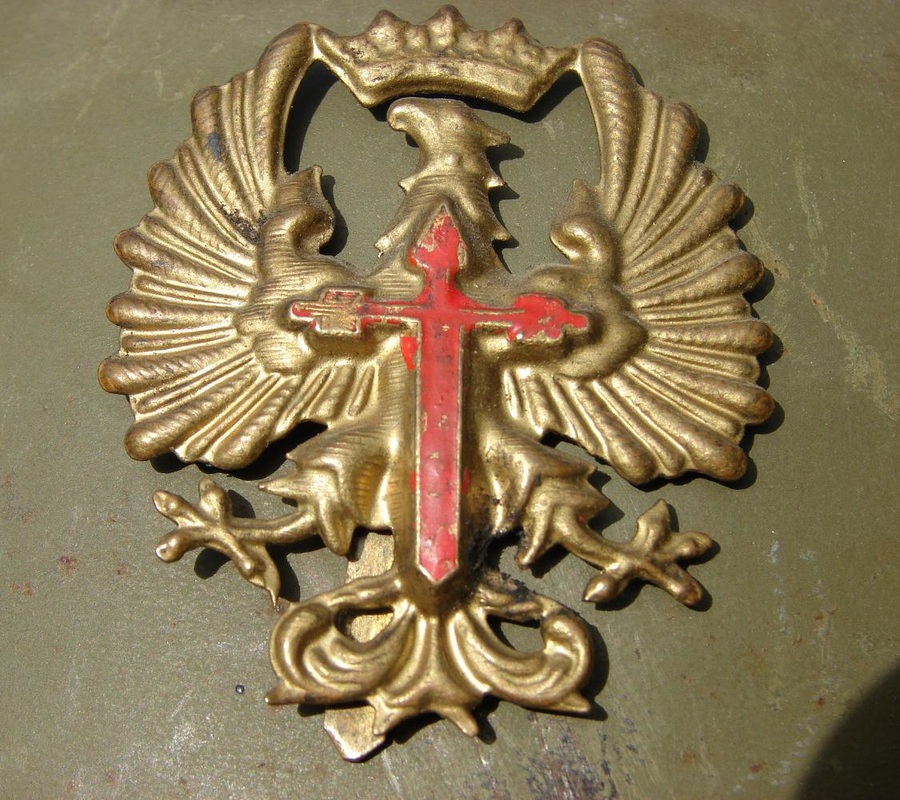