The M17  helmet is more commonly known as the "Sohlberg" helmet by  collectors. The  helmet is  a Russian design that was manufactured in Finland which was part  of the  Russian  Empire. The M17 was produced at the Sohlberg and Holmberg  factories in  Helsinki in  1917.
The  Finnish  Revolution of 1917 stalled production of these helmets and when Finland  became  an independent State the helmets were incorporated into the new Finnish  Army.
The  life of  the Sohlberg helmet as a frontline combat helmet was short lived,  after Civil  War broke out in 1918 the 500 or so remaining  helmets in the Finns  possession  were  taken by Communist Red Guards before again  being liberated by the pro Conservative  "White" Guard victors.
The  helmets  were issued to the Helsinki Regt. Before being withdrawn in 1920  and were  then  passed into service with Fire, and Civil Defence units.
The  original Grey paint  is  still present on this example (I am led to believe this colour was used with the Helsinki Regt, though would welcome any information on this).  The liner  is made  of Reindeer skin and were produced due to the remaining helmets  in Finland  being  bare shells.
Some  M17's  found their way into Eastern European Armies for example Poland  and Czechoslovakia  via the Soviets later in the 1920's and 1930's.
The  Russian's also produced M17's but were slightly  different than those produced  in Finland.  The  most telling indication of Russian manufacture was that the top  vent cap,  and the  Russian made M17 was also slightly larger. 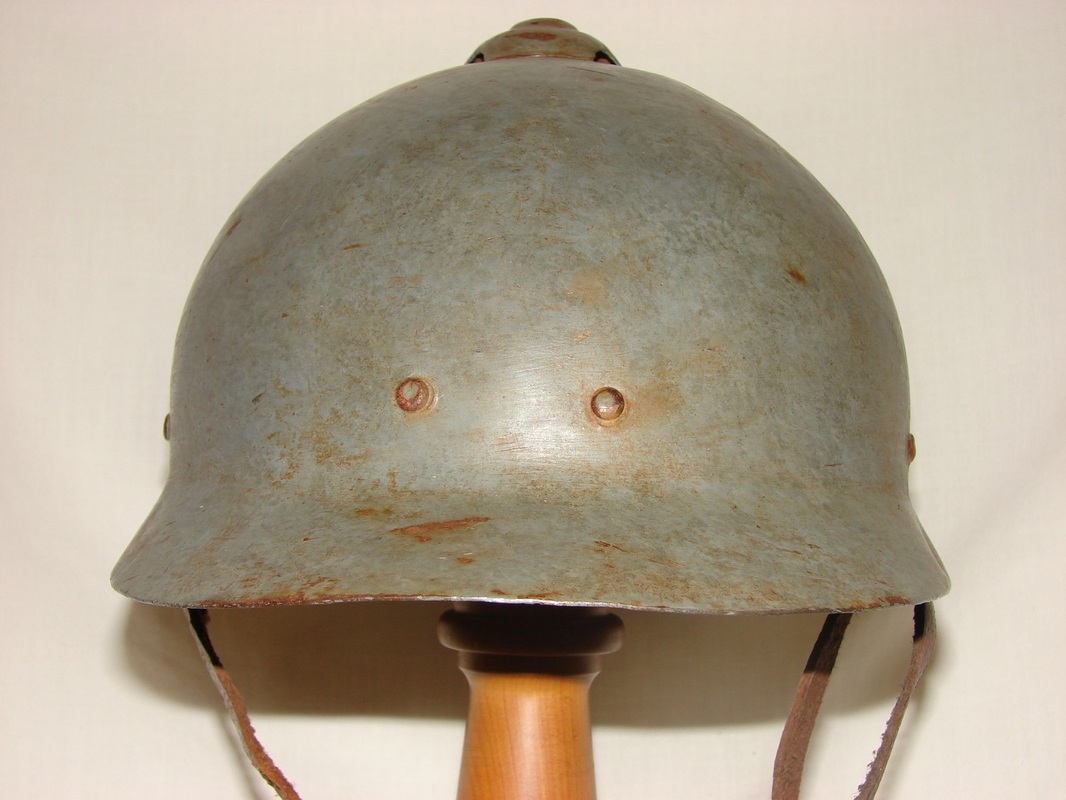 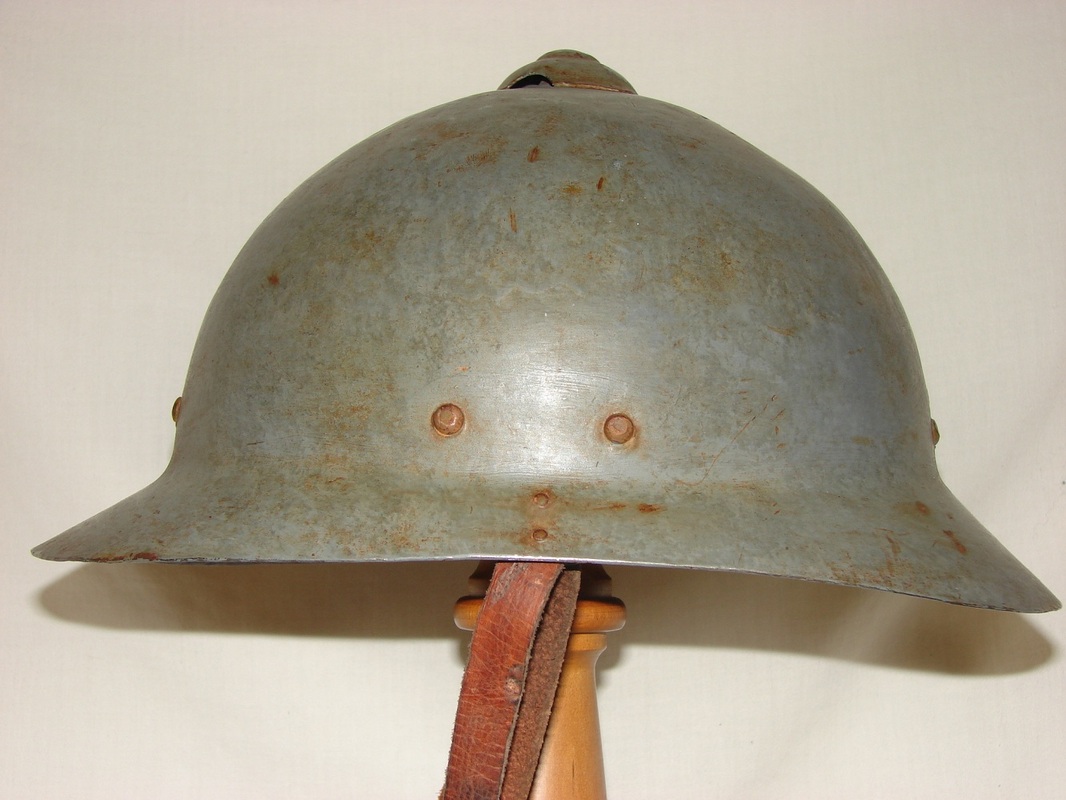 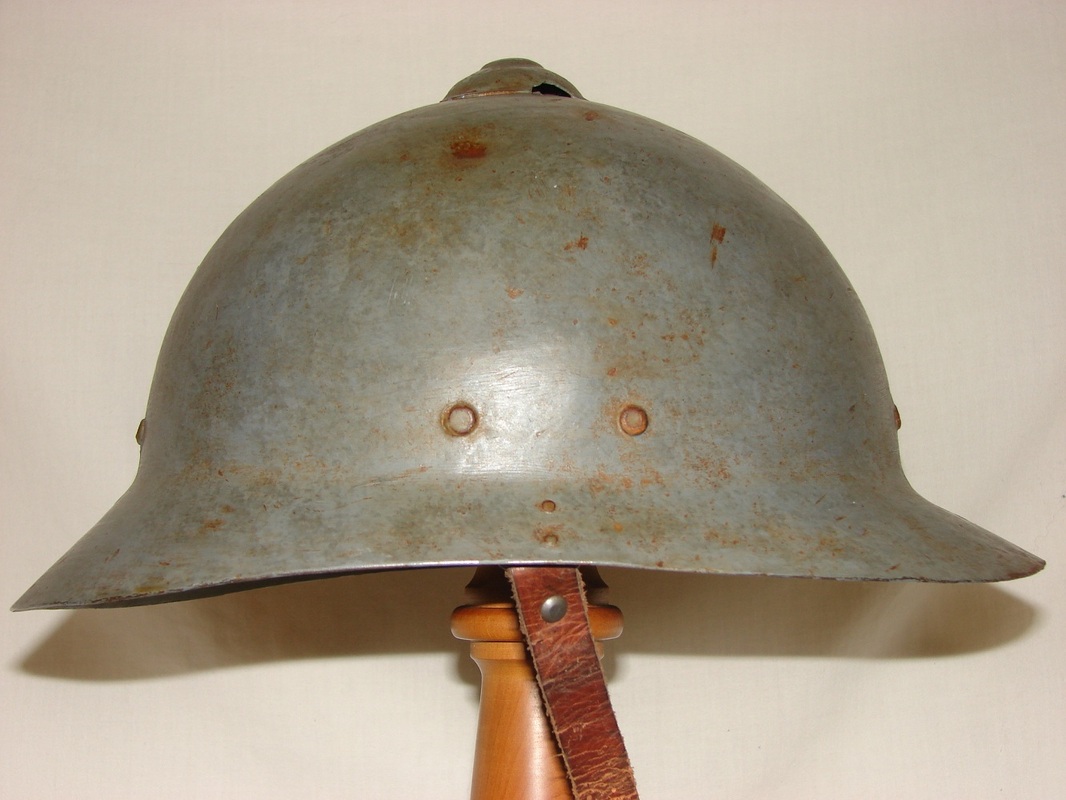 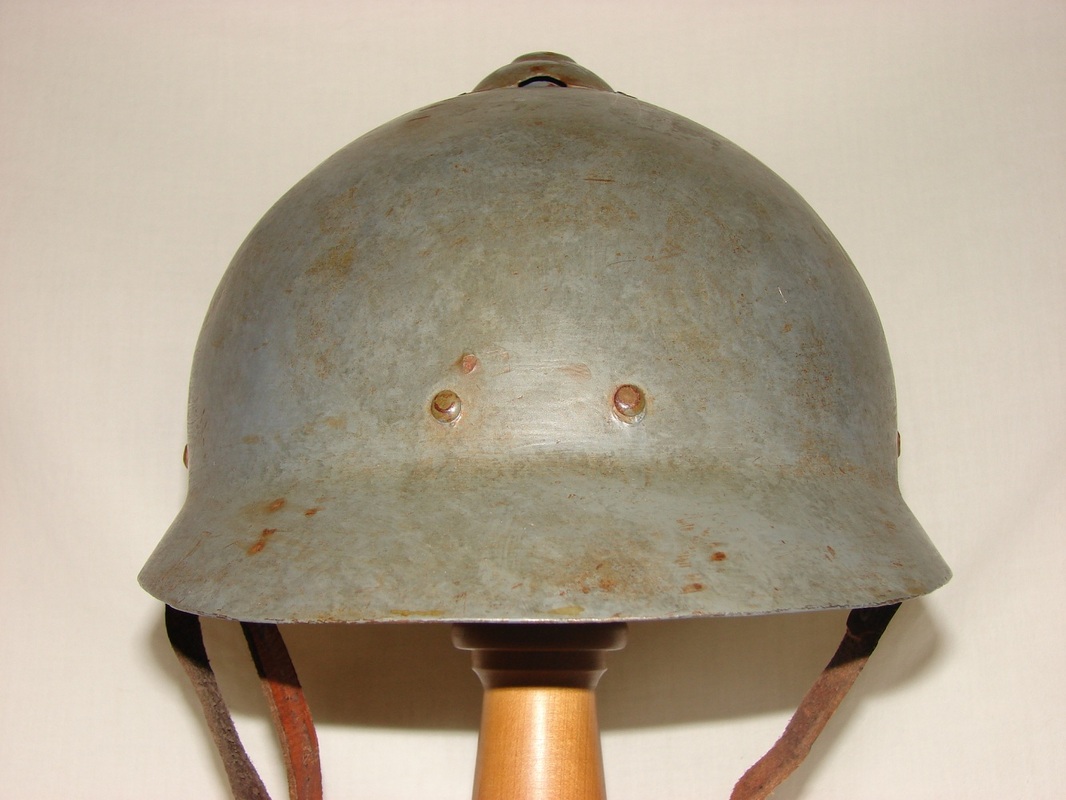 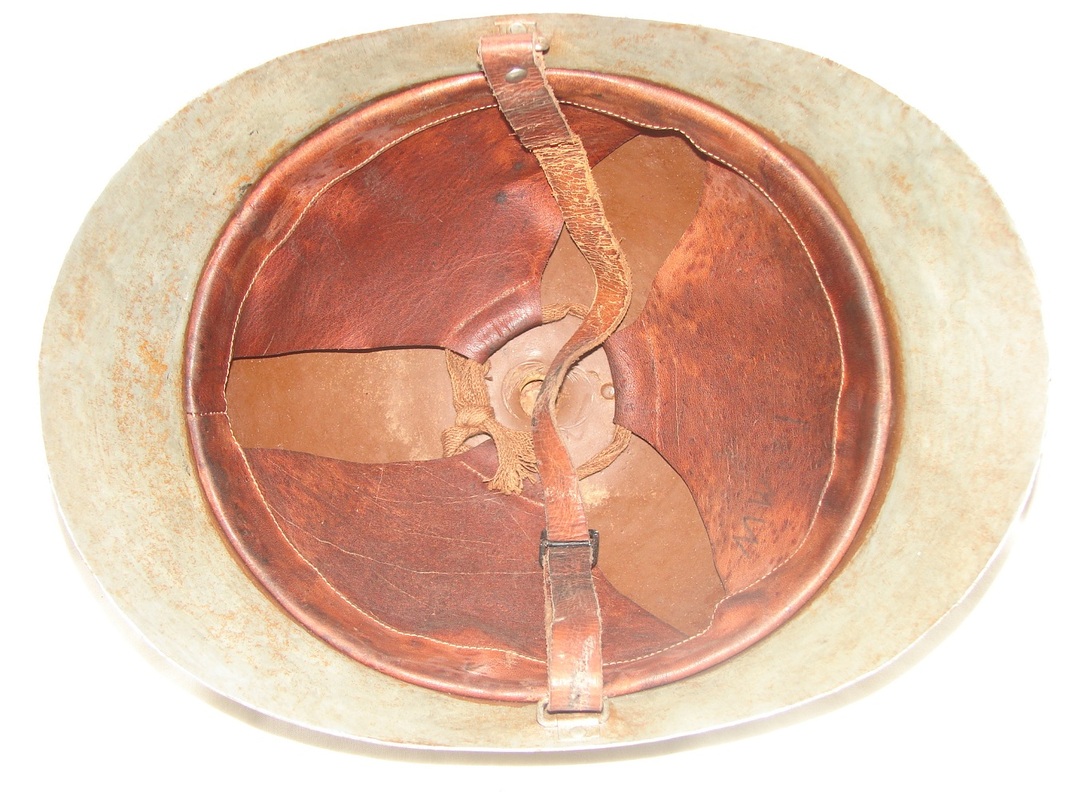 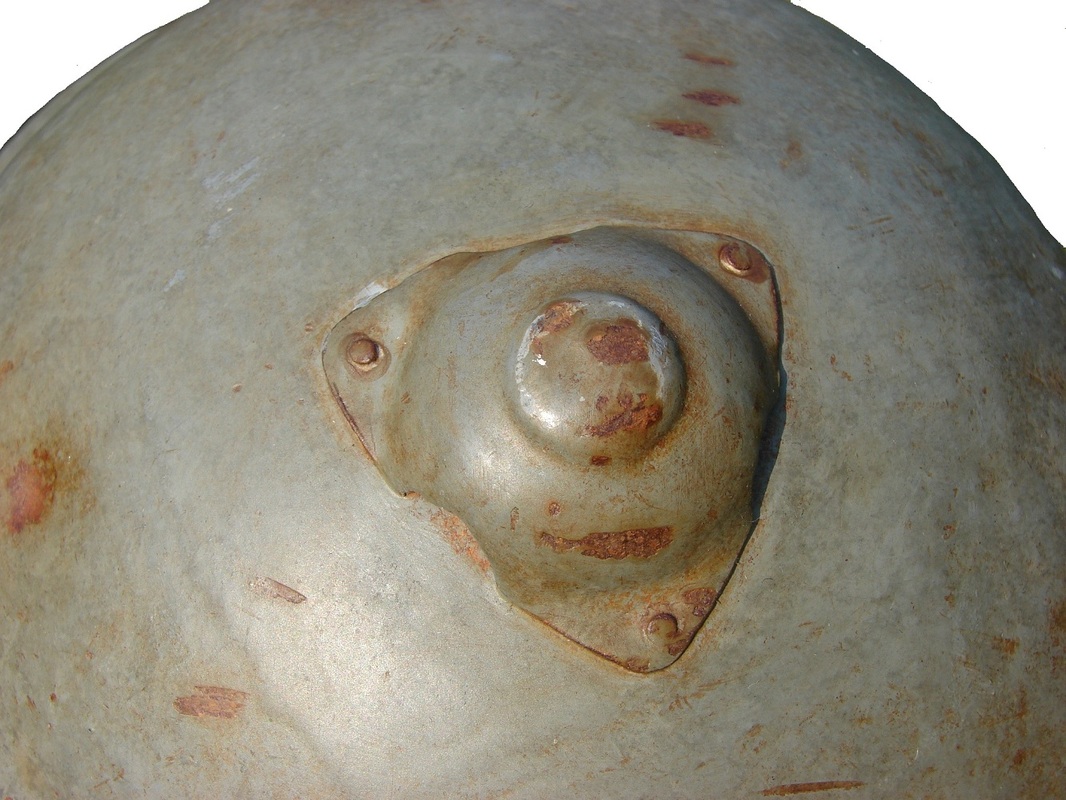 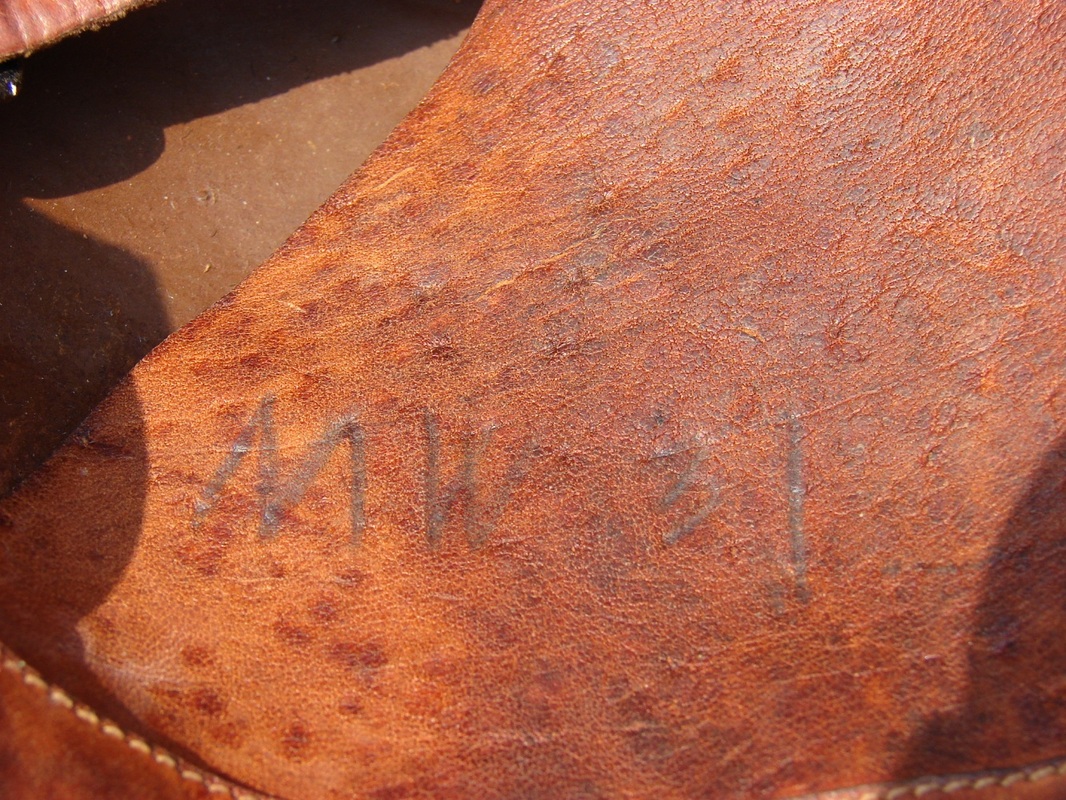 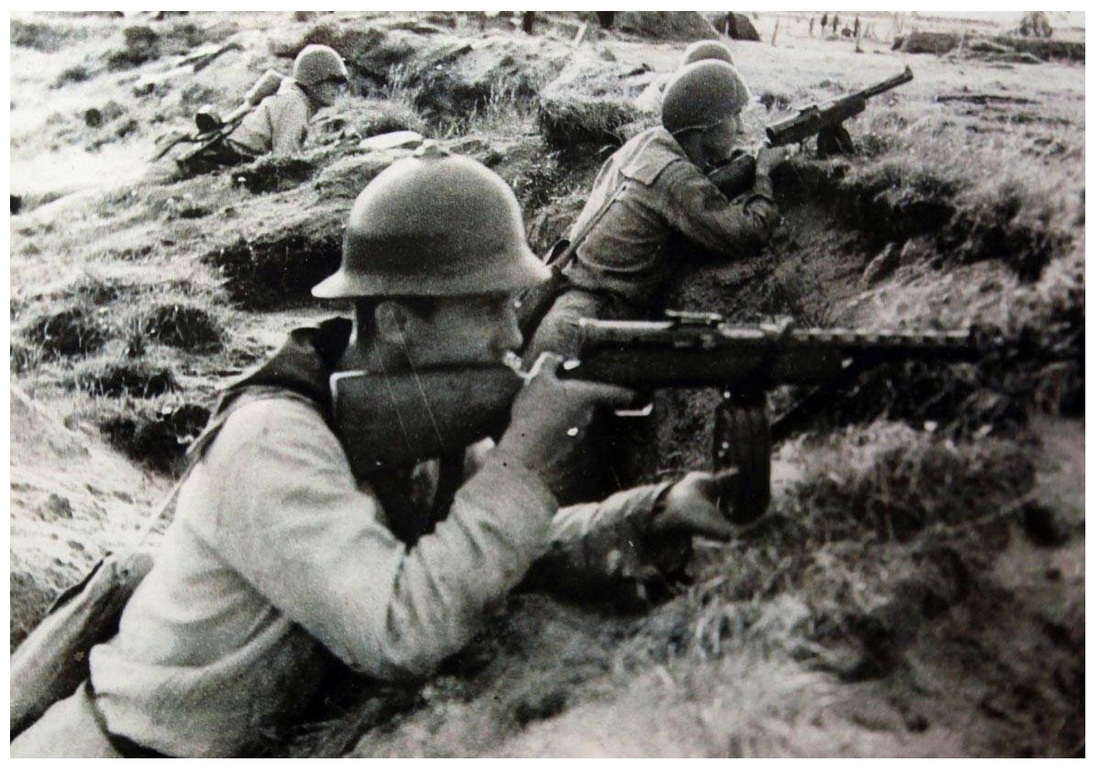