Here is a very early Israeli M1, this example is actually a US M1 that was modified in the early years when the IDF decided to add a 3-point chinstrap to their combat helmets. The chinstrap bales remain in their original position, not slightly forward as with later models that were made under license in Israel. The original position of the standard bales were not practical and offered little more stability when the rear bale was added.
​Attached also is a IDF manufactured rubber cover retainer. 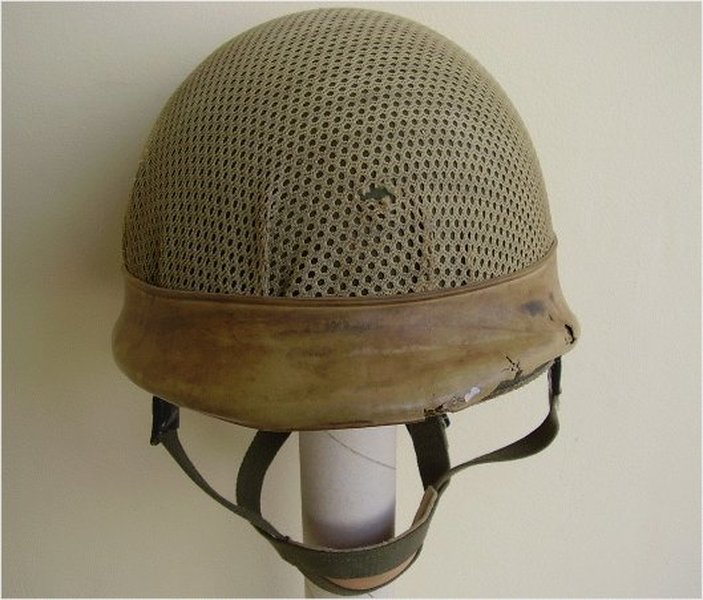 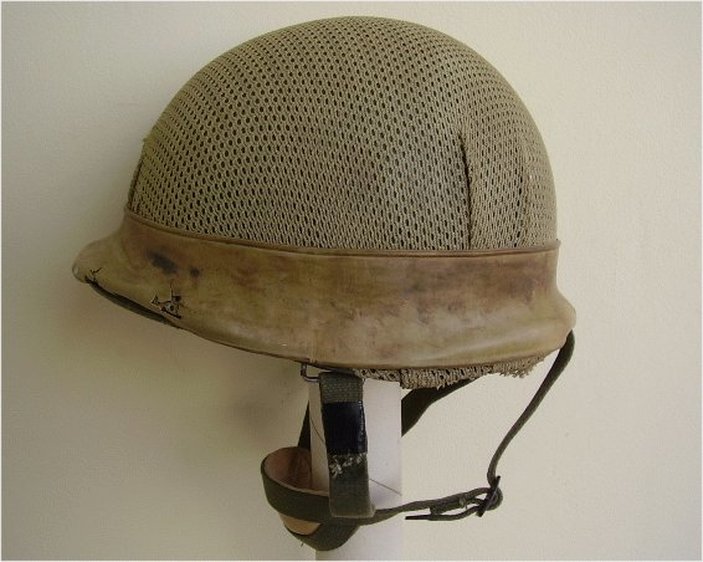 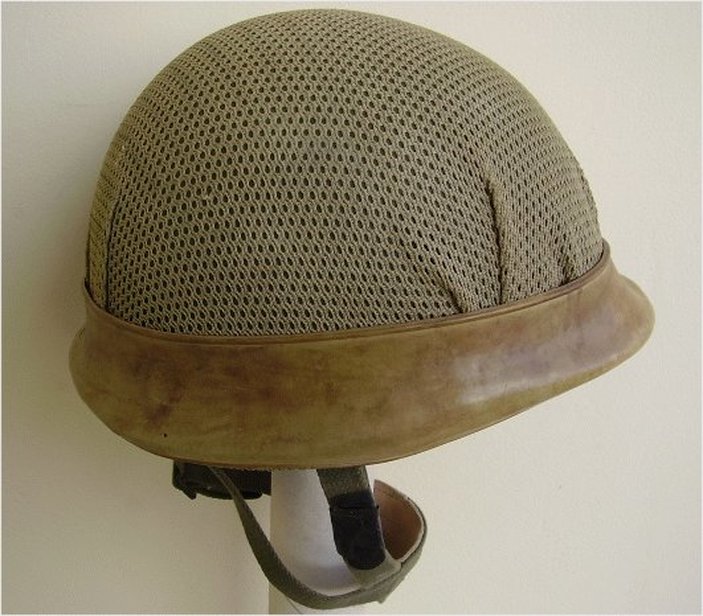 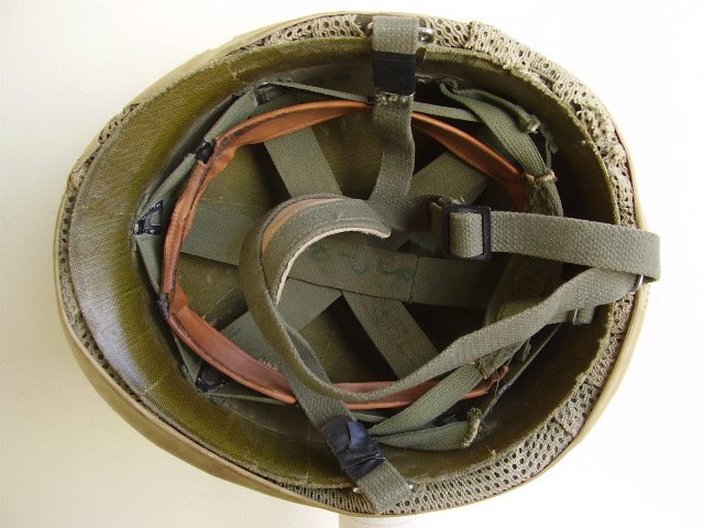 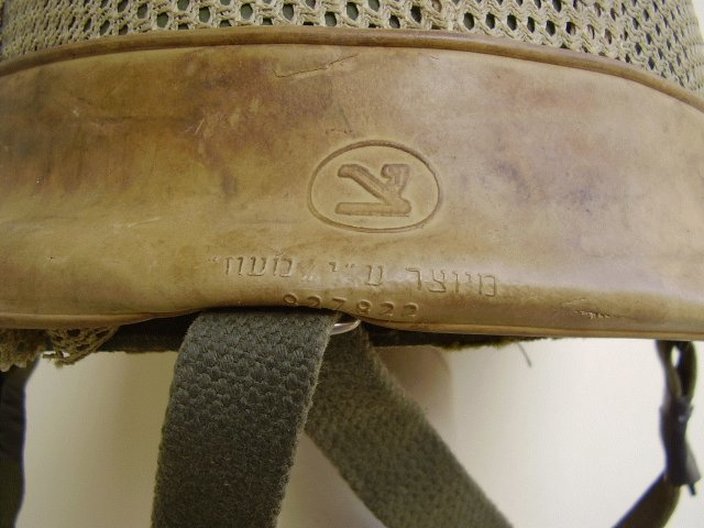