Over 3.5 million M26 Adrians were produced and saw service throughout WWII.  This helmet was designed in the mid 1920's and it was approved in 1926, hence M26. The main difference between the two models is that the M15 was made of four pieces and the M26 Two, The M26 had an improved liner and thicker gauge steel (0.9mm as opposed to 0.7mm for the M15).
These helmets actually were not issued until sometime in the early to mid 1930's and most had the old insignias from the M15 affixed, it wasn't until 1937 that the new circular disc emblems were produced.
This example has the insignia of the Engineers, though Foresters and Railway troops also adopted this emblem. 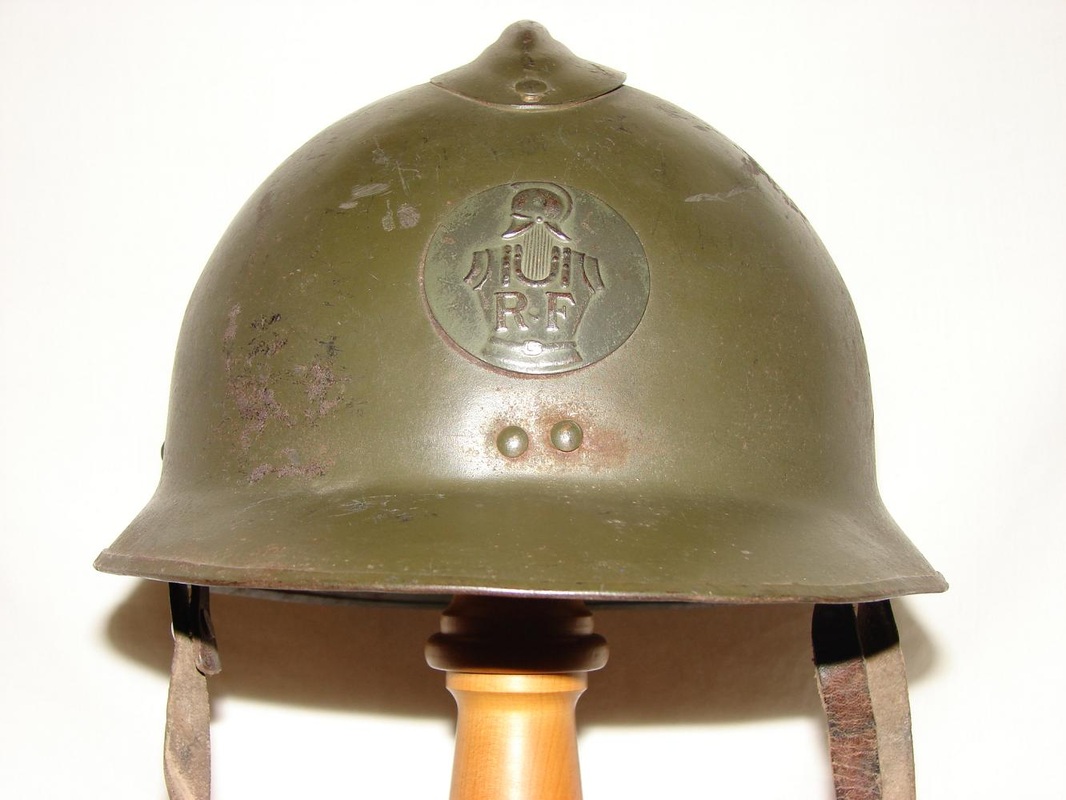 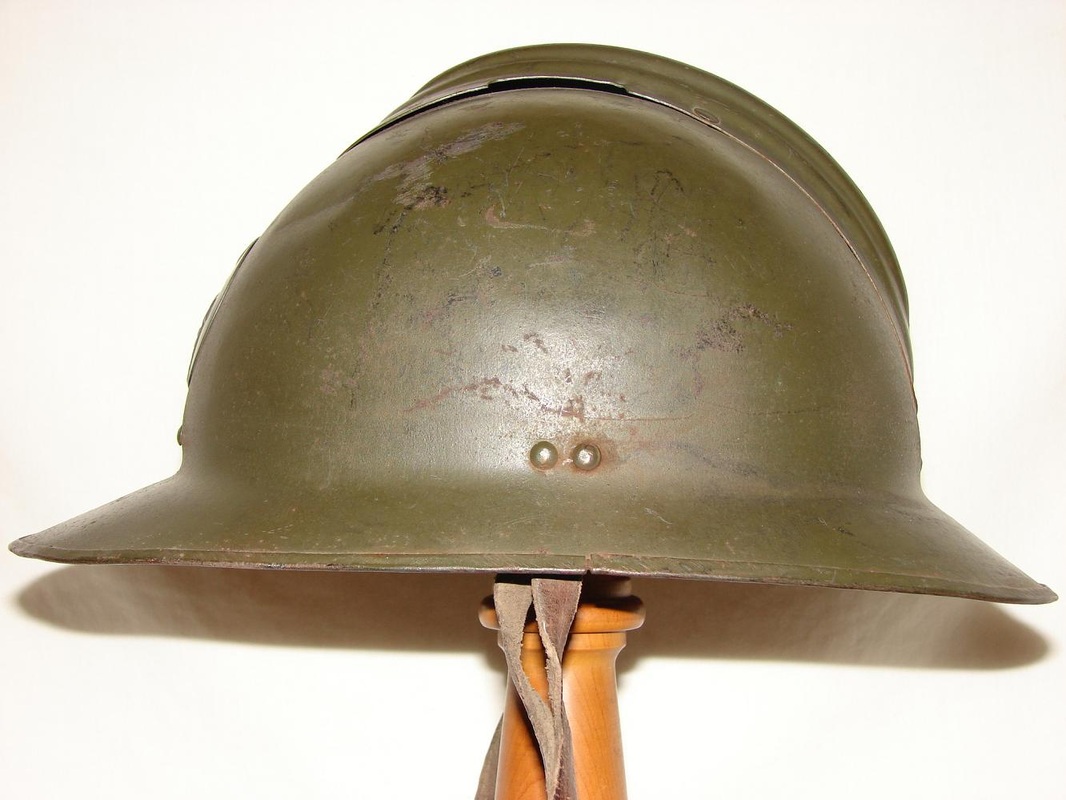 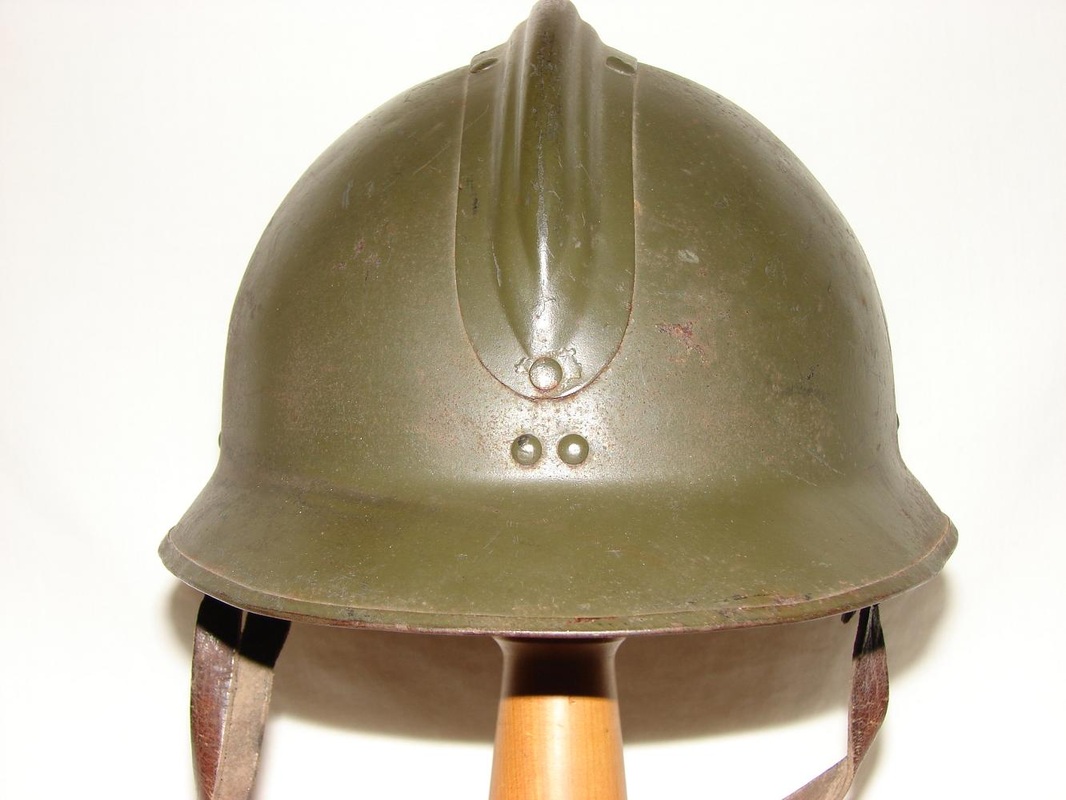 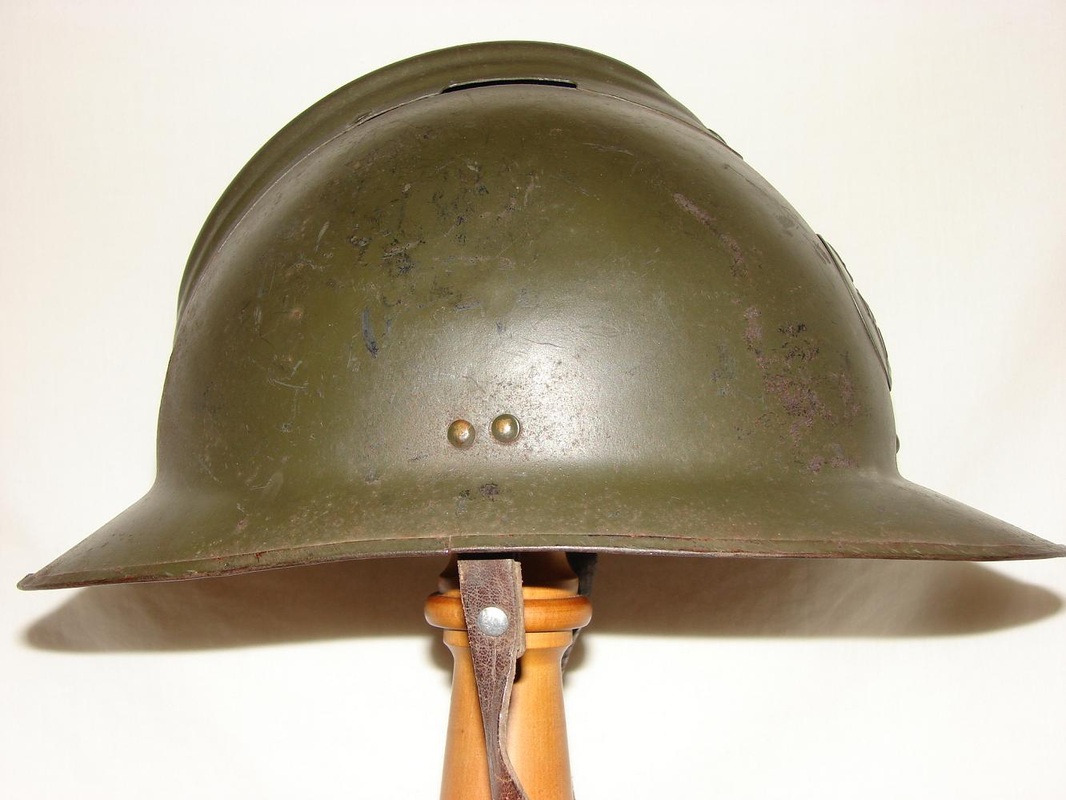 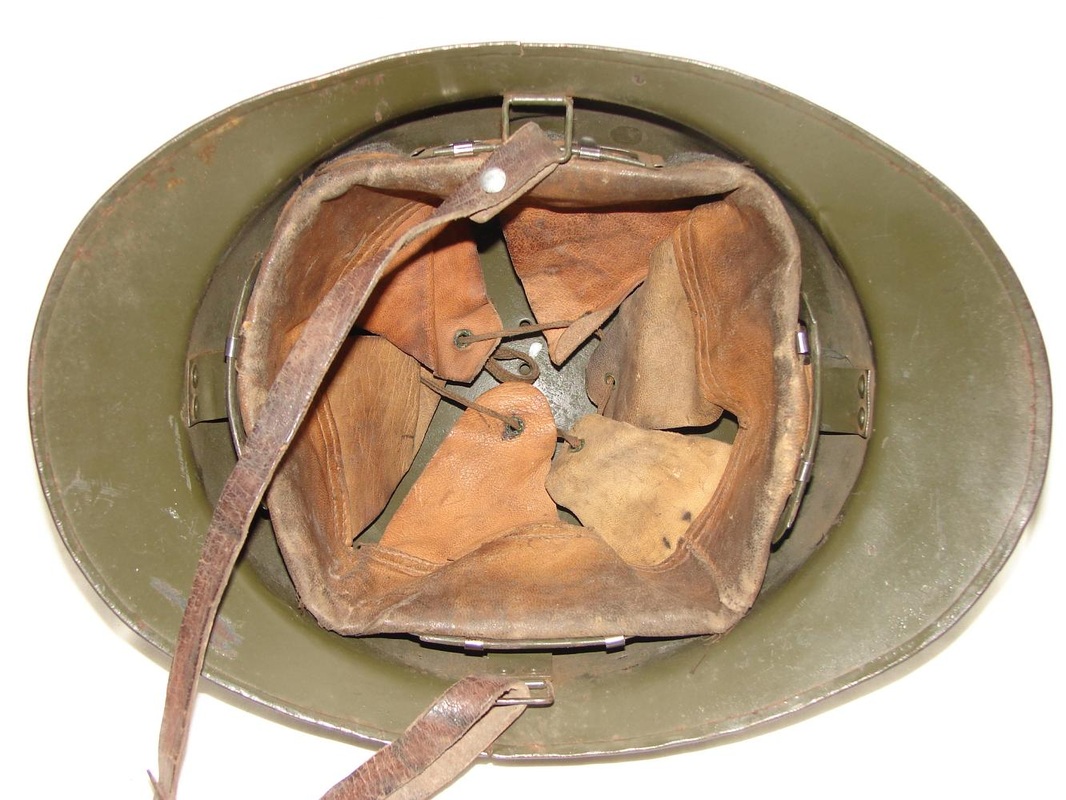 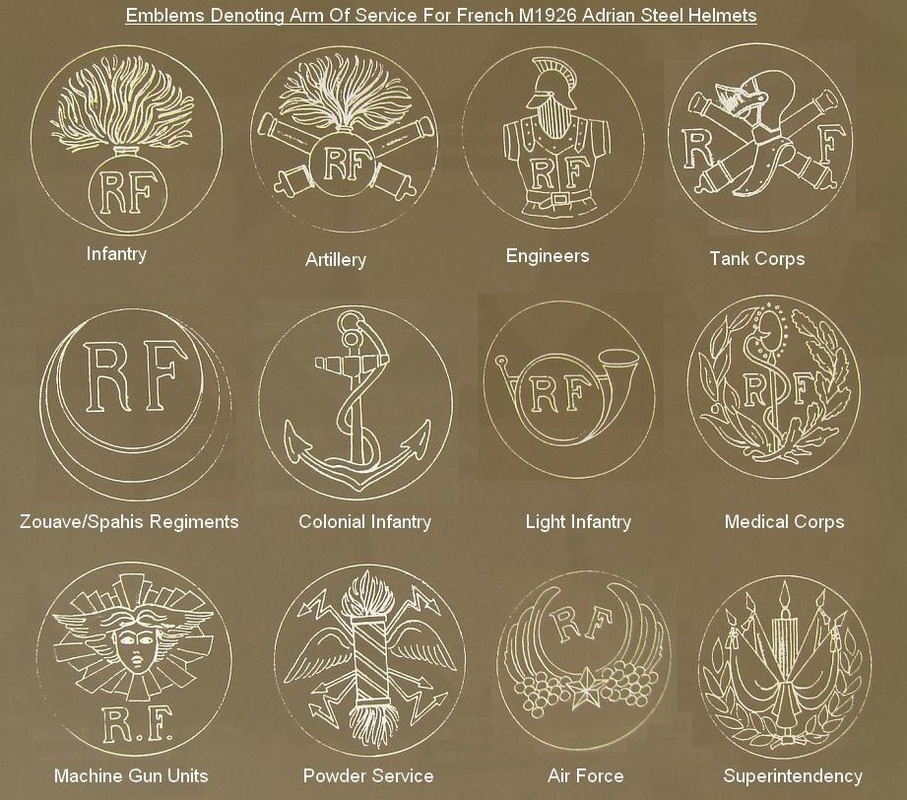