Based obviously on the German M16, the Irish M27 were more commonly referred to as the "Vickers" due to the manufactures name "Vickers Ltd".
10,021 helmets were produced and saw service from 1927 through to 1939 when replaced by the  British MkII.
Vickers Ltd in England made the shell while the liner and chinstrap were produced by "T Smith & Sons" of Dublin. The quality of these helmets was well below standard and offered little to the combat soldier. In 1940 they were withdrawn to be used by Civil Defence units, hence the remnants of white paint in the interior.
The stamps "V Ltd  9408/27" indicate this helmet was number 9,408  of the 10,021,  made in 1927.
The frontal badge reads:
"FF" - Fianna Fáil (Soldiers of Destiny in English).
In old Irish Celtic Gaeilge font script the badge reads, as around the belt:
" ÓGLAIG NA h-ÉIREANN "  Which translates in English to: "Warriors of Ireland" 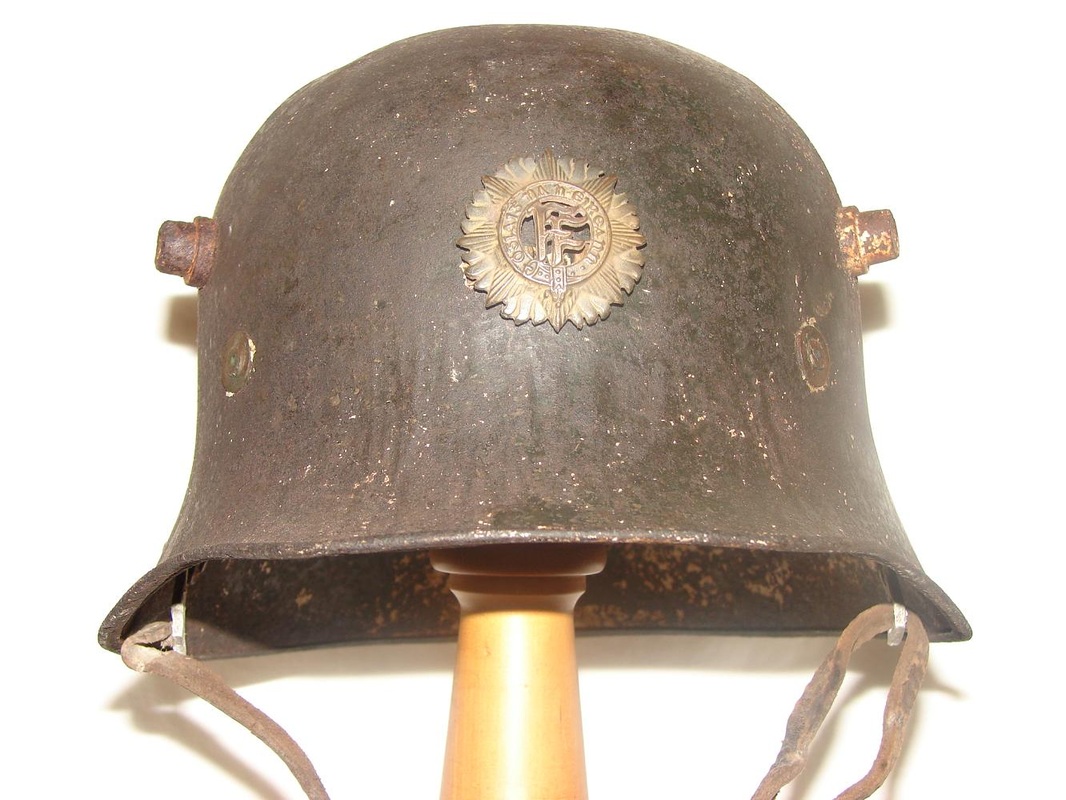 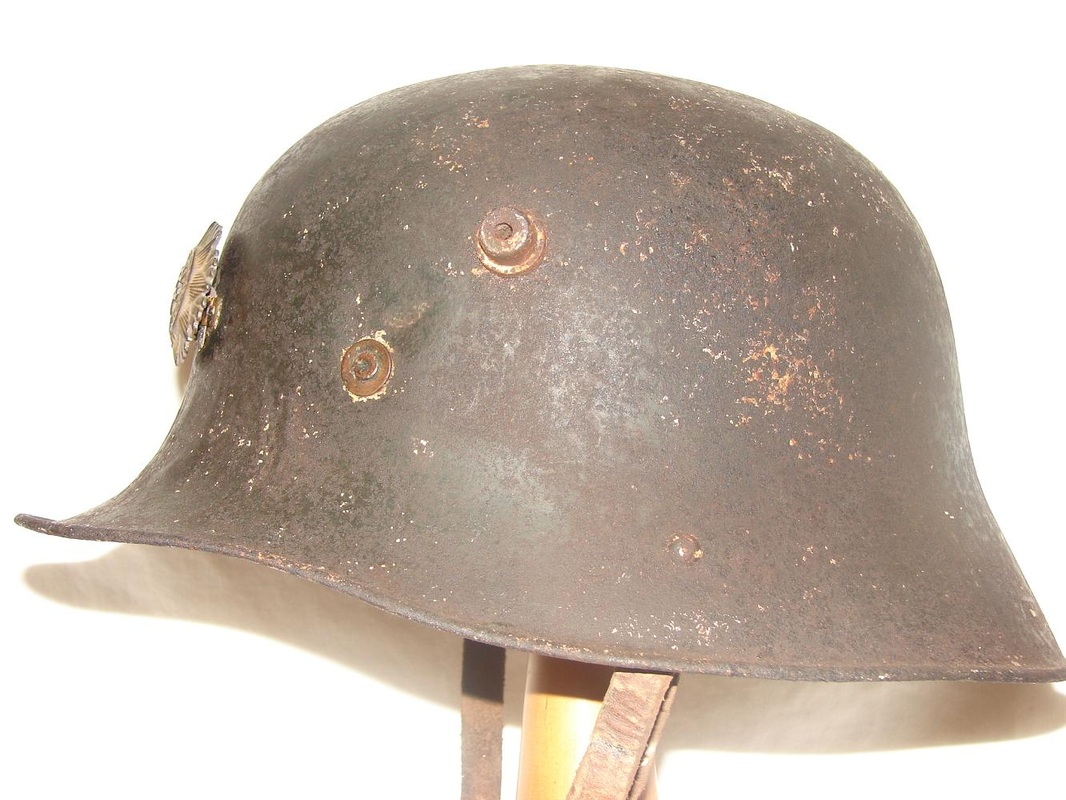 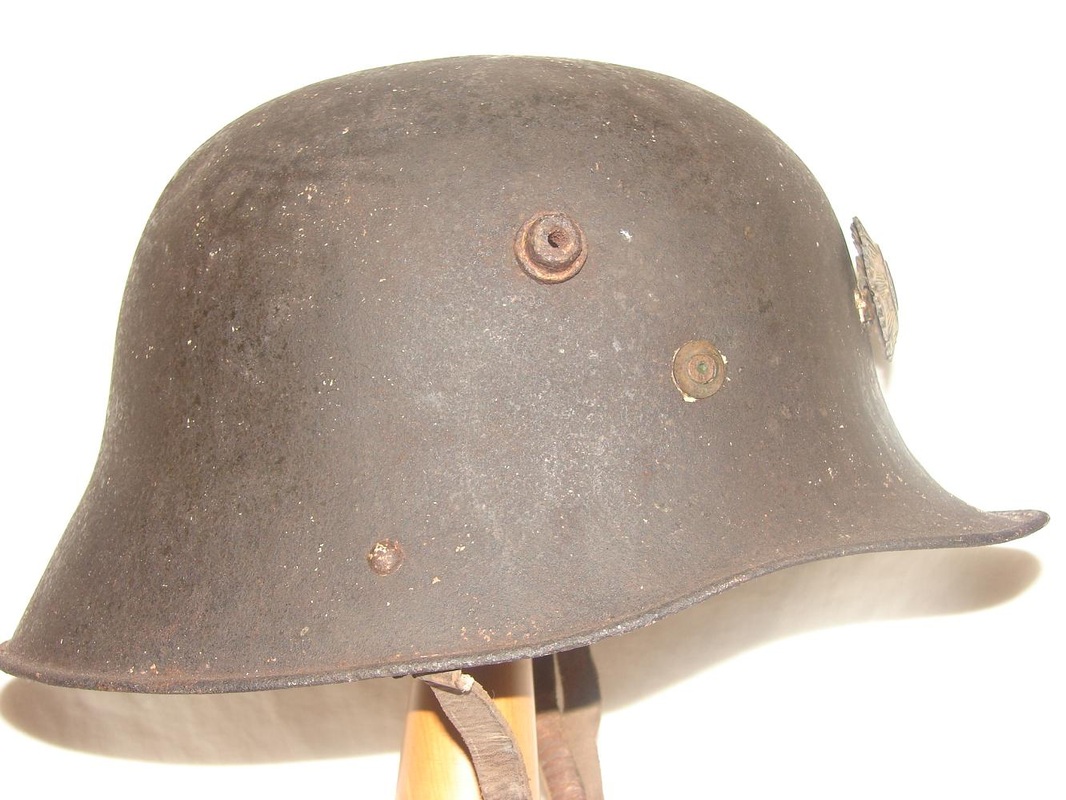 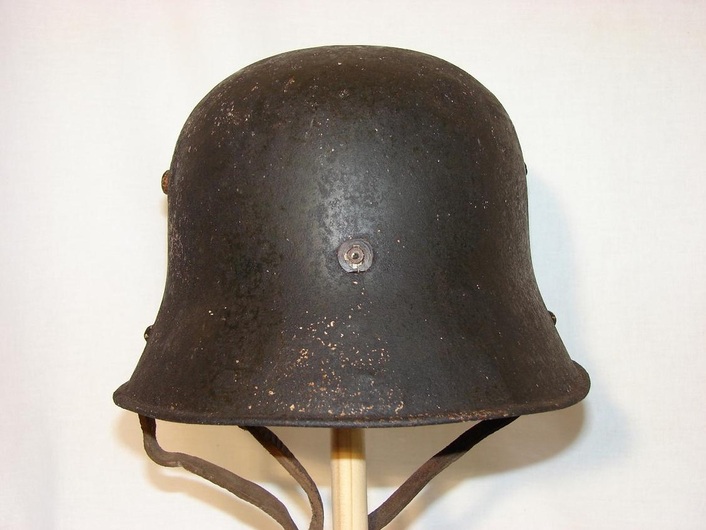 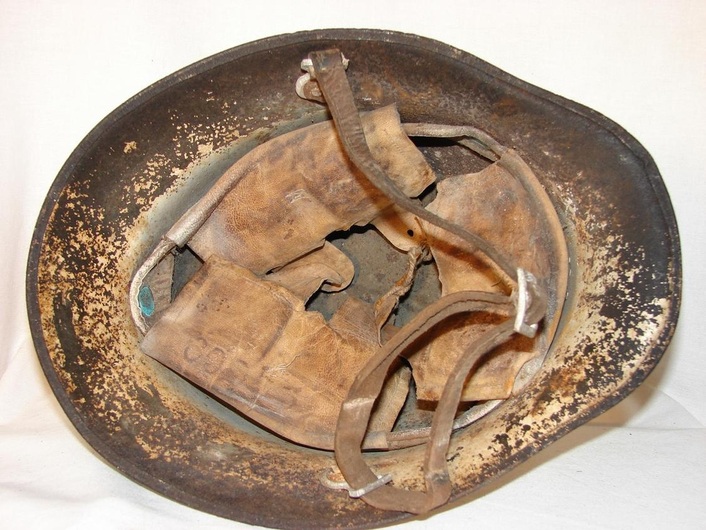 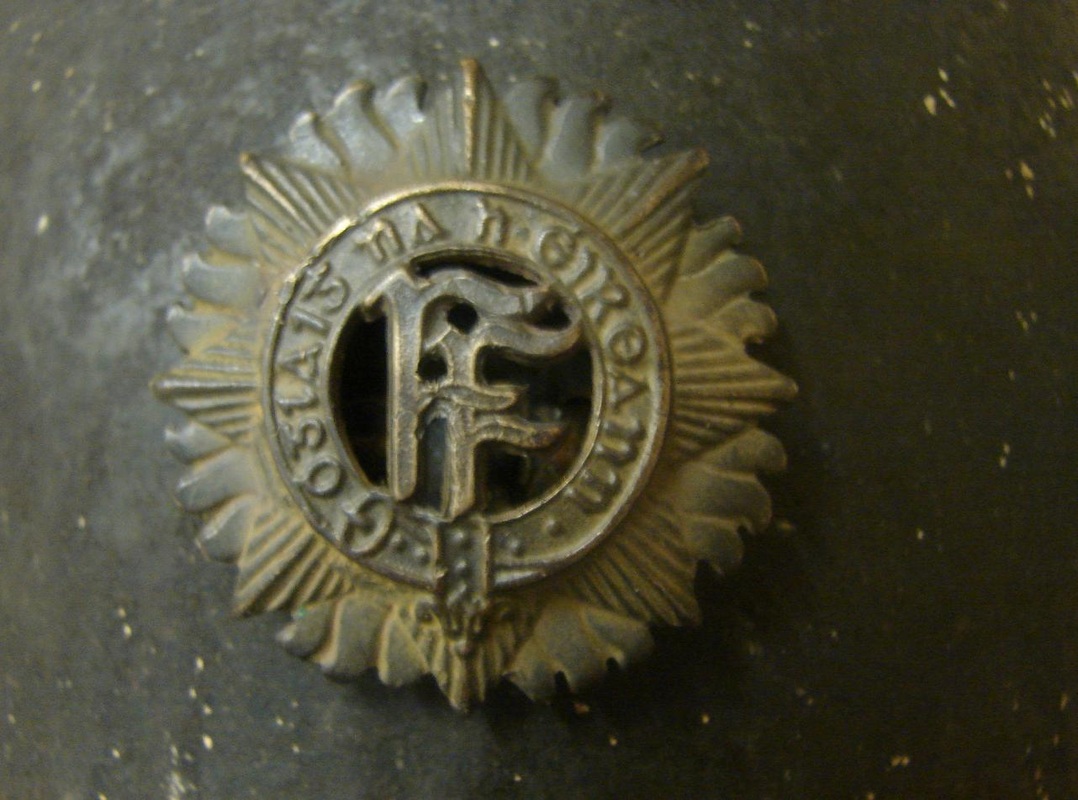 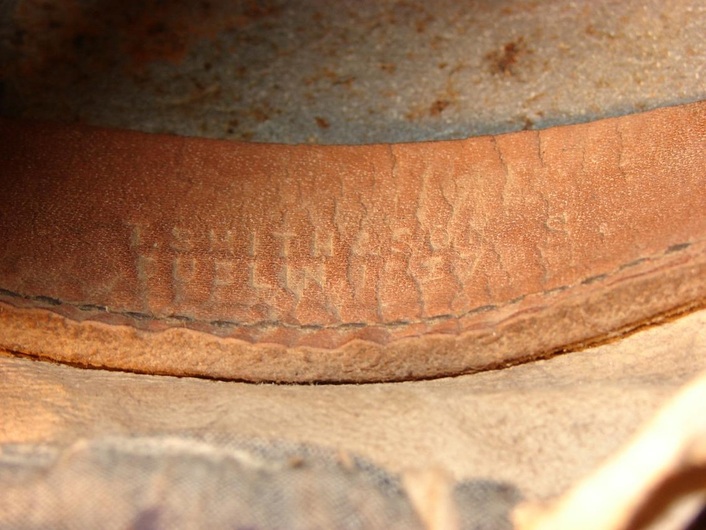 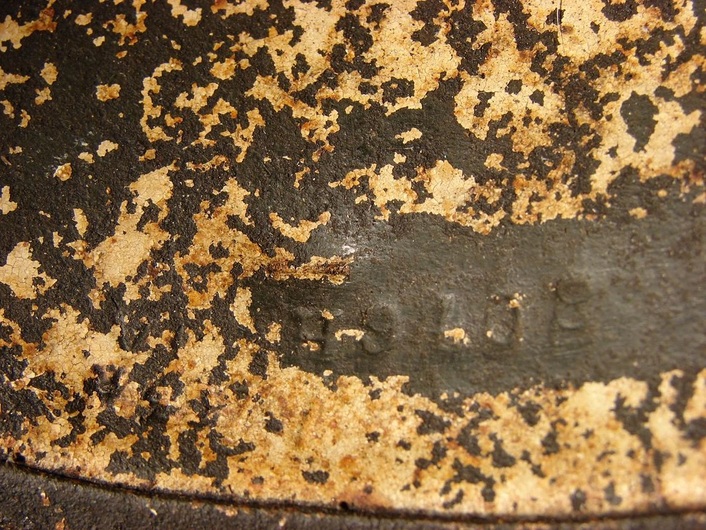 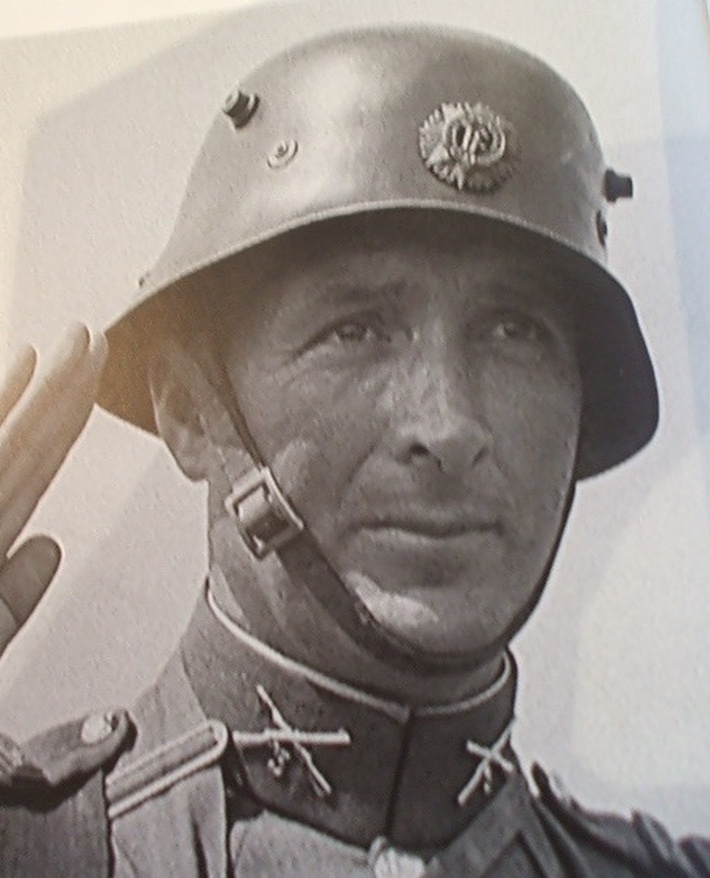 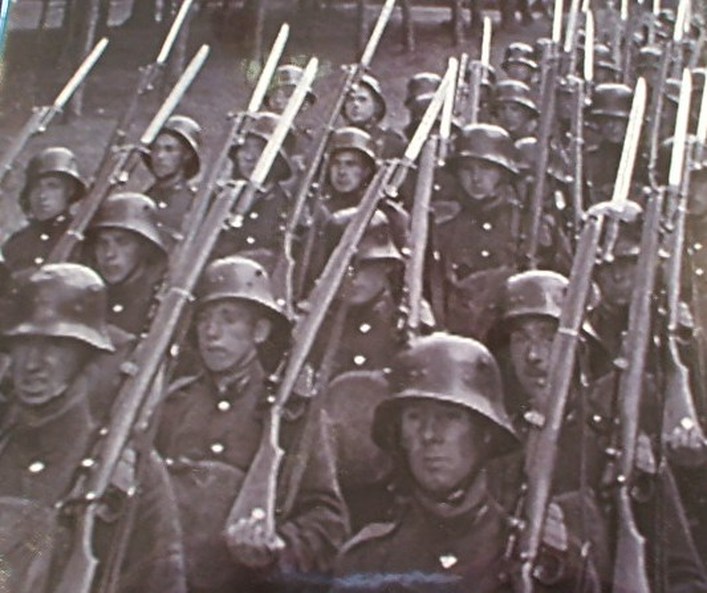