The model 56/66 has an improved liner, however the shell and chinstrap remained unchanged, the three rivets that secured the old liner were no longer needed as the new plastic  liner braces were mounted to the shell by six "points"
The cover is the common "Rain" pattern and again the hood off the combat jacket. These helmets before and after the fall of the Berlin Wall were widely exported and found themselves in many combat zones all over the world.
This helmets stamps indicate that this helmet is a size  2 and manufactured in April 1960. 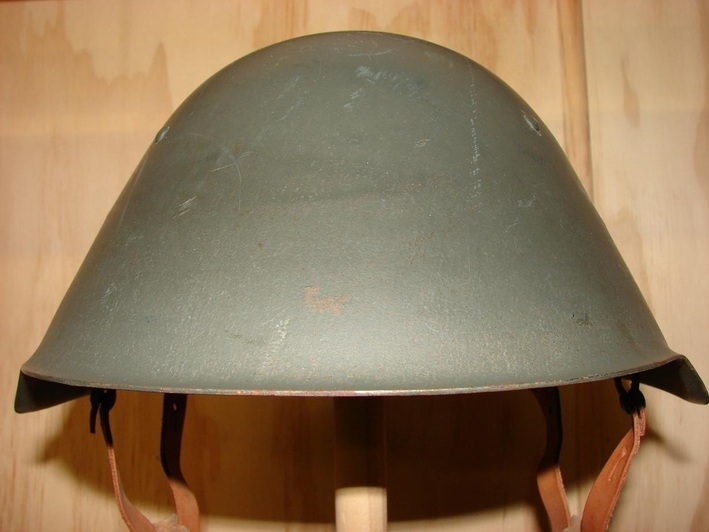 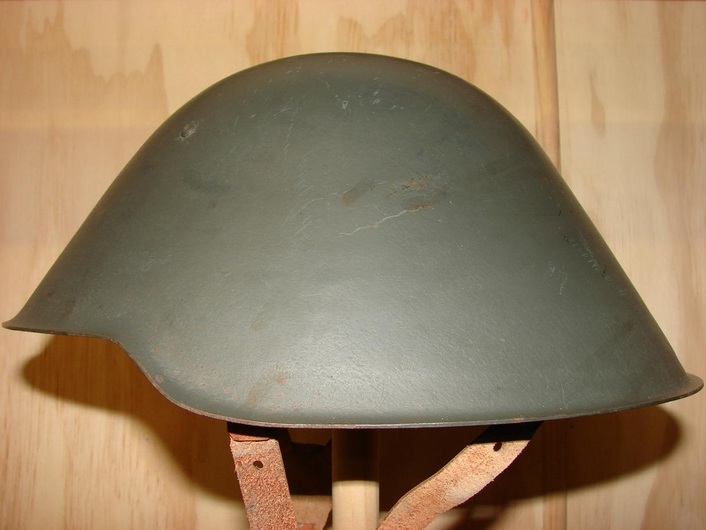 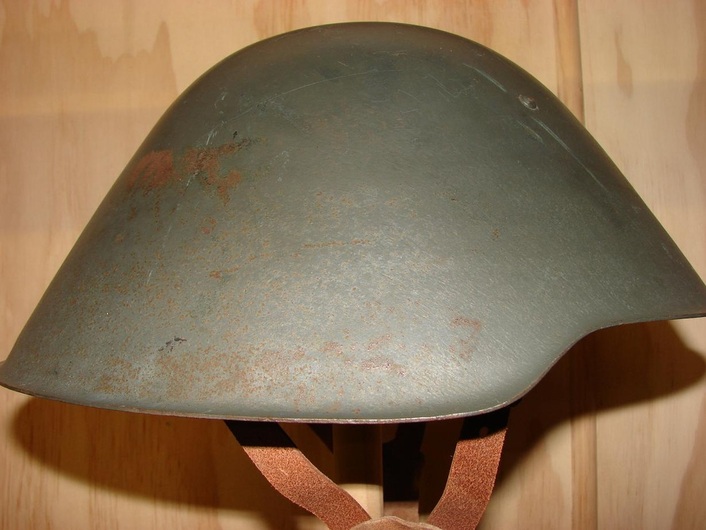 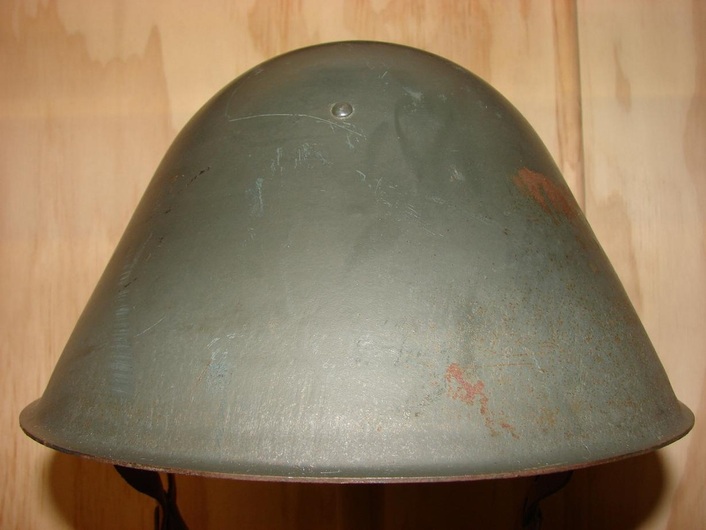 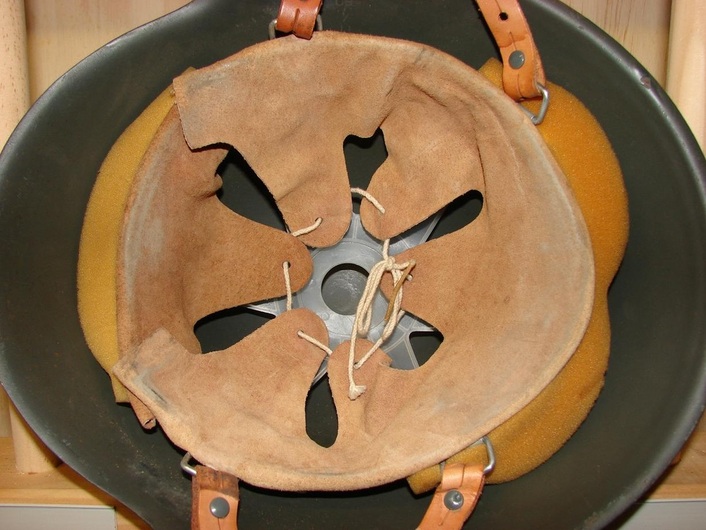 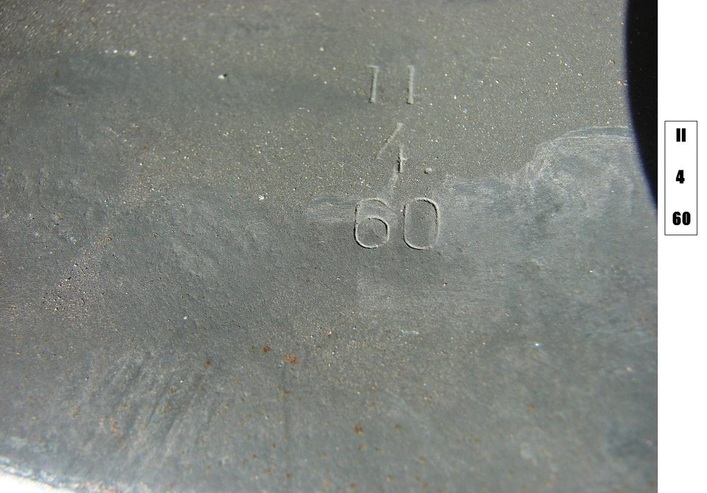 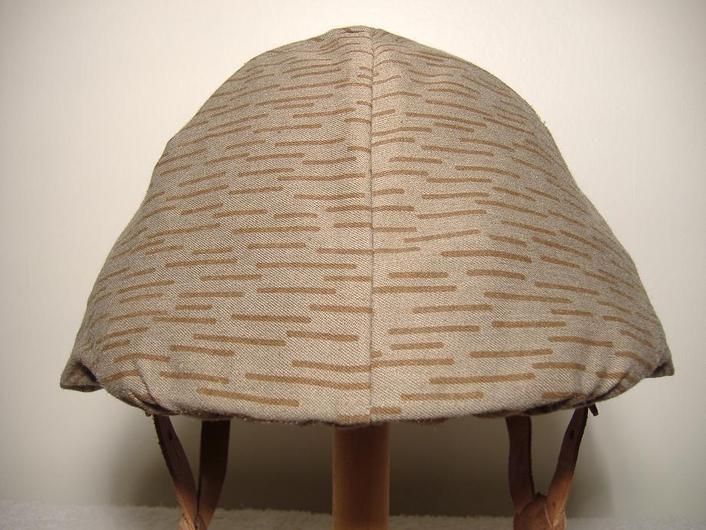 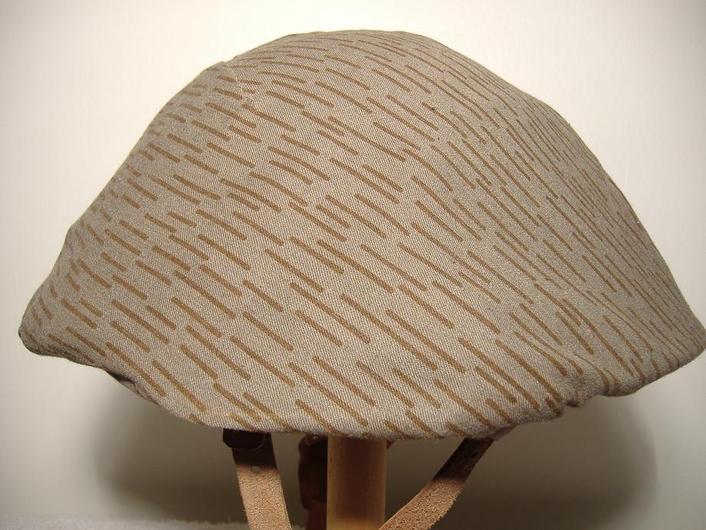 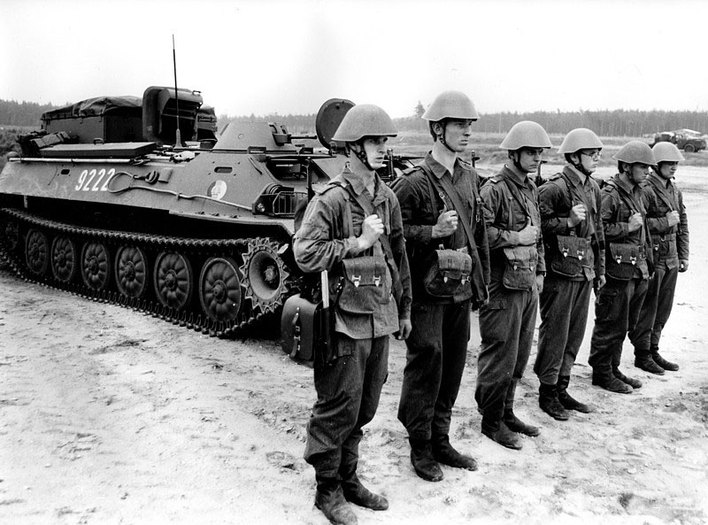 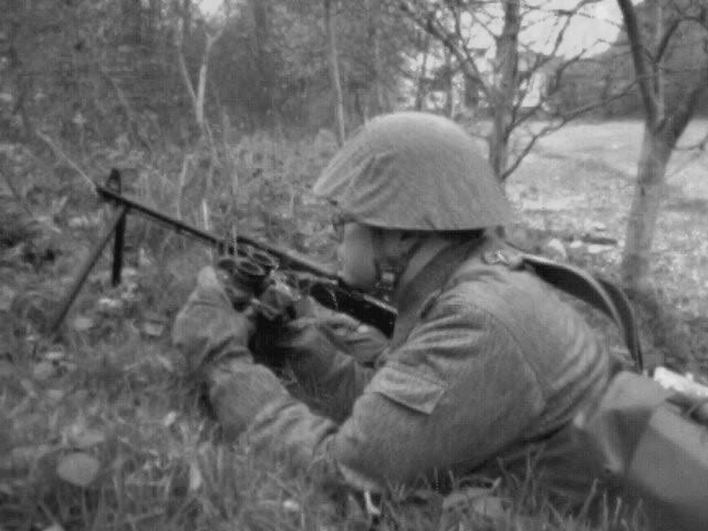