This Thai steel helmet is a Japanese M30-32, these helmets were probably left by the retreating Japanese Army that had numbered  150,000 at the peak of its occupancy from December 1941. Thailand (formally known as Siam) were allied to the Japanese Empire during WWII and many Thai soldiers served with the Japanese Army, though a Guerrilla force numbering around 90.000 were active in fighting the Japanese.
This helmet has been repainted and had a French style liner installed, the badge to the front has a motto translating to "Die For Your Country" 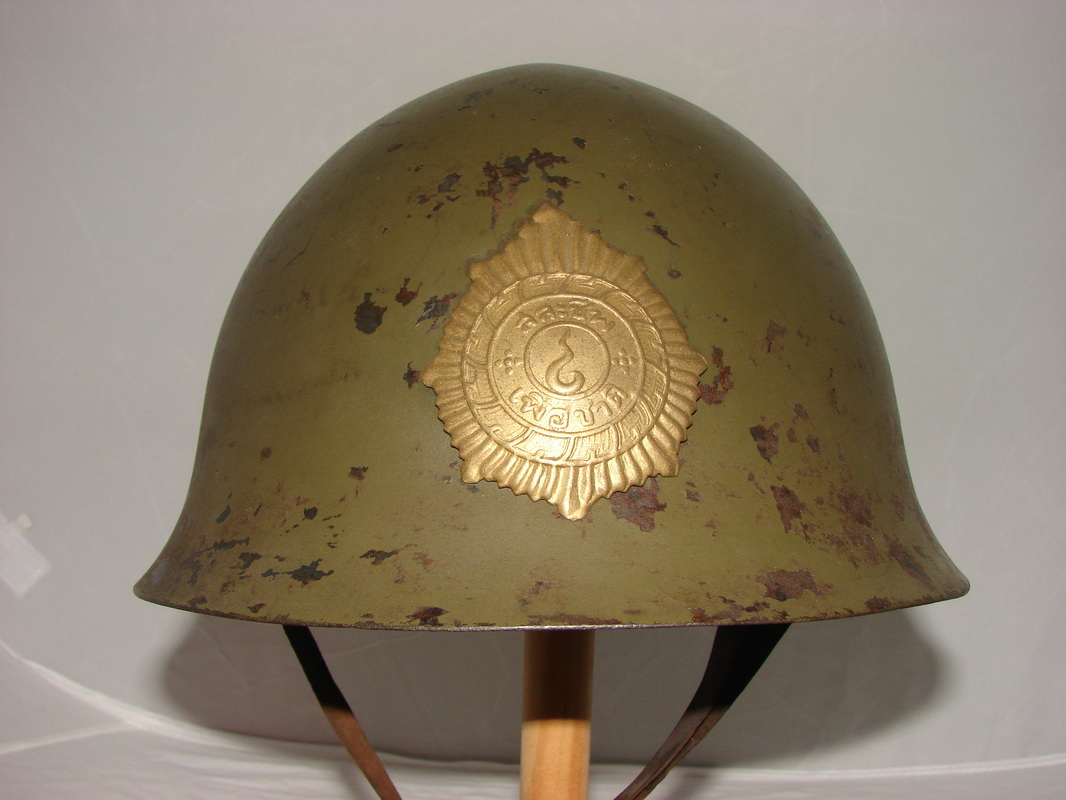 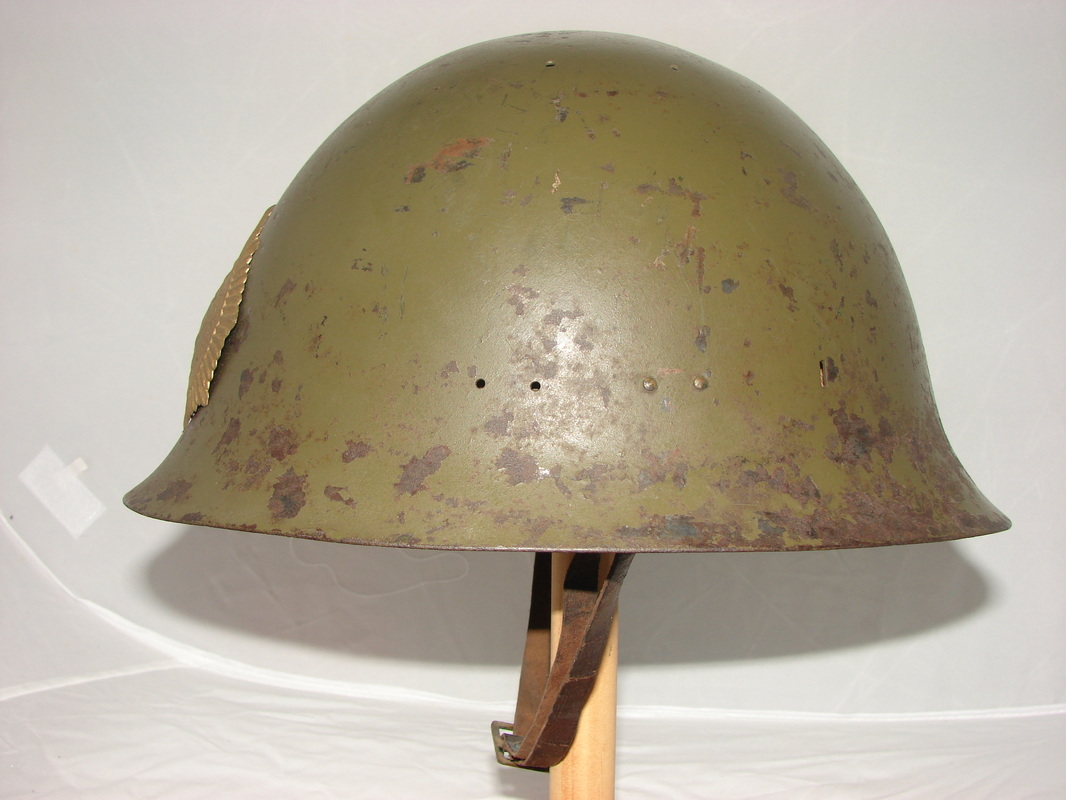 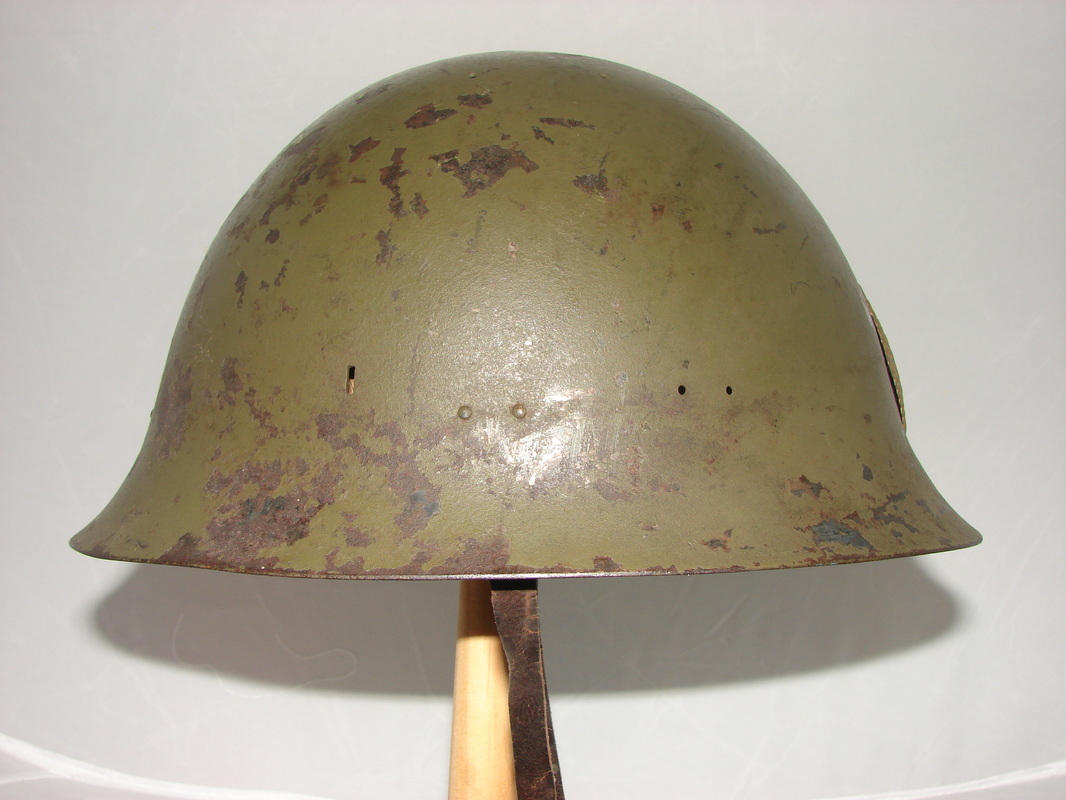 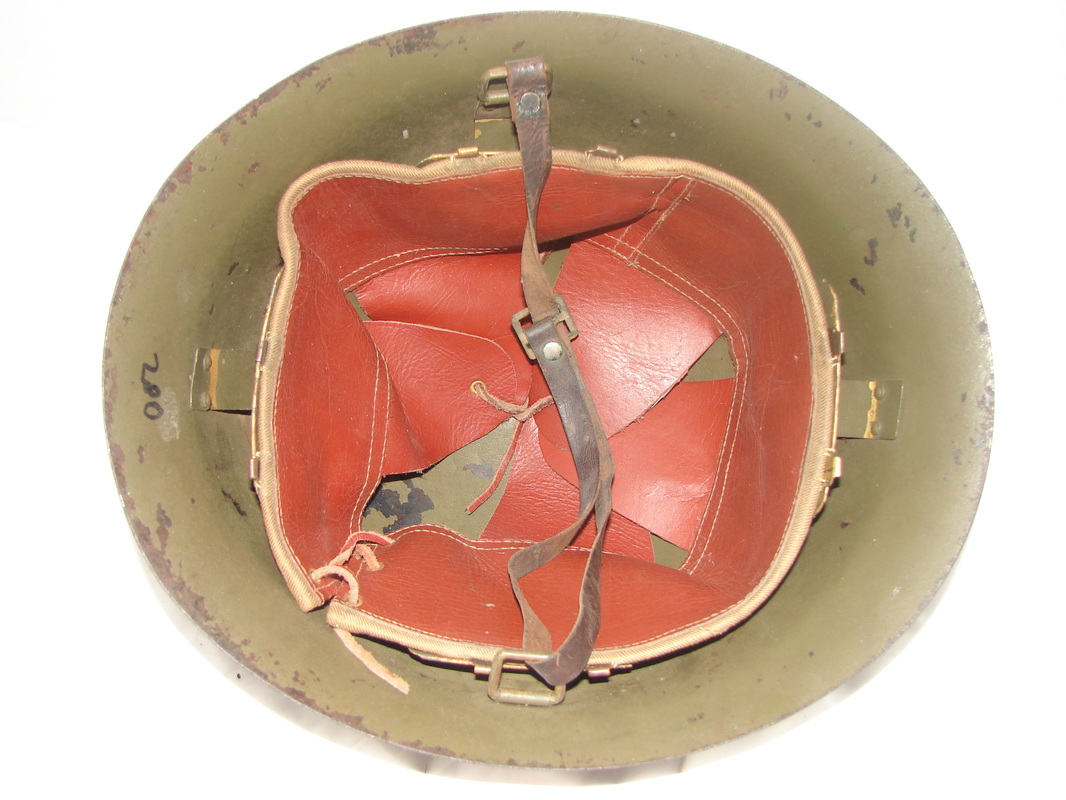