Little is known of the North Korean M40 (I call it an M40 as it is basically an Ssh40 clone), though it is still in service with the NKPA (North Korean Peoples Army).
The obvious differences are in the liner, its construction and quality are of poorer grade than that of its Soviet cousins, thinner canvas web used in the liner pads and the chinstrap also is of slightly thinner weave. The liner rivets are of copper unlike the Soviet Ssh40 which are steel.
The stamp to the inside rear is similar in configuration to early Soviet helmets, translated the stamp reads "Standard - 2" probably the size, and a date of 1986 can just be made out. This helmet has certainly seen better days but anything out of North Korea especially military is a rarity. 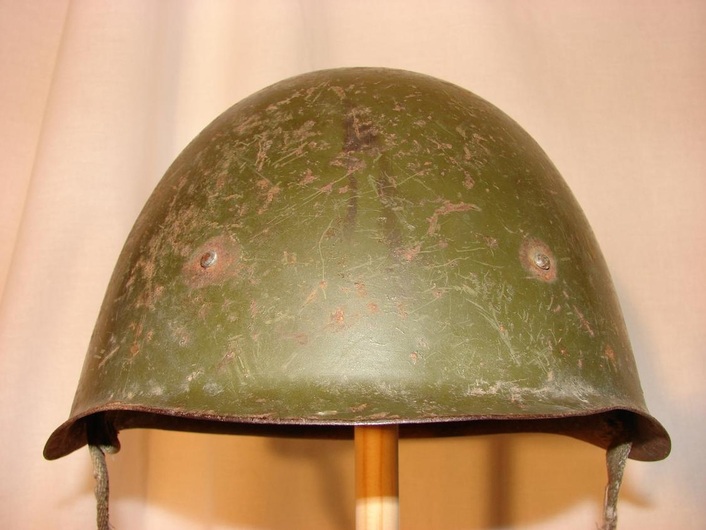 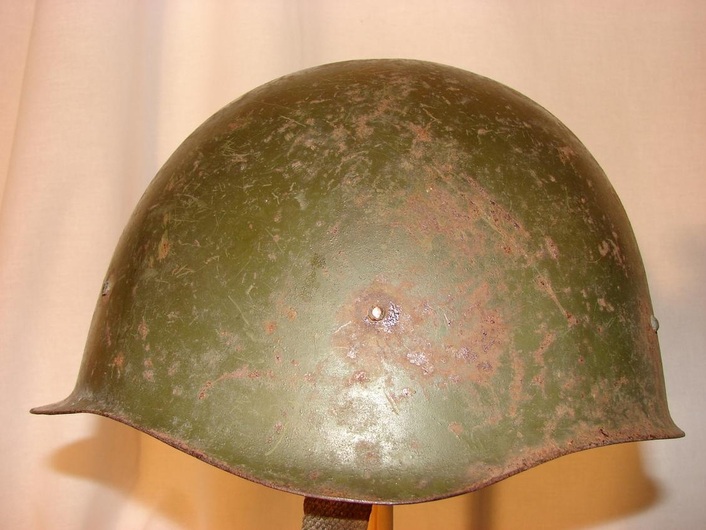 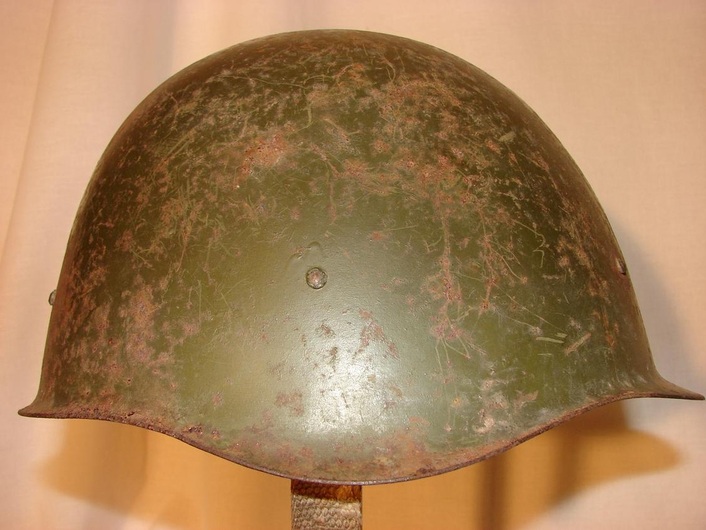 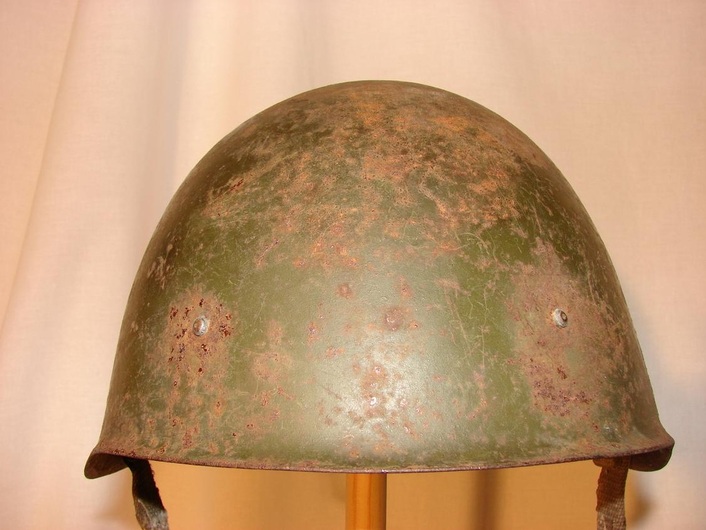 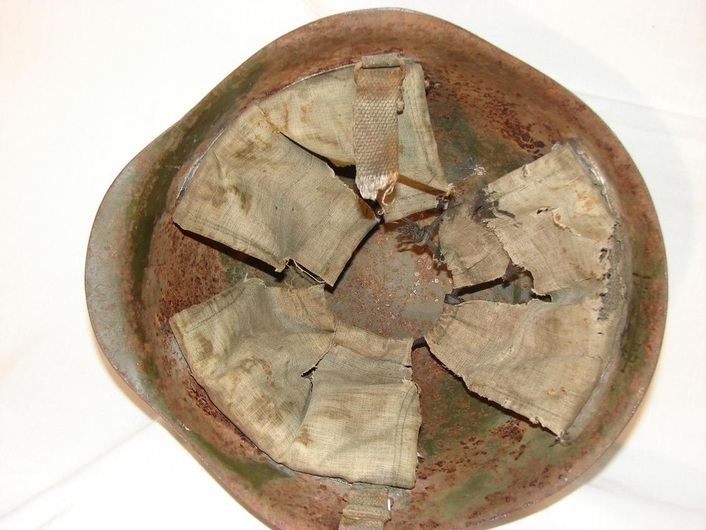 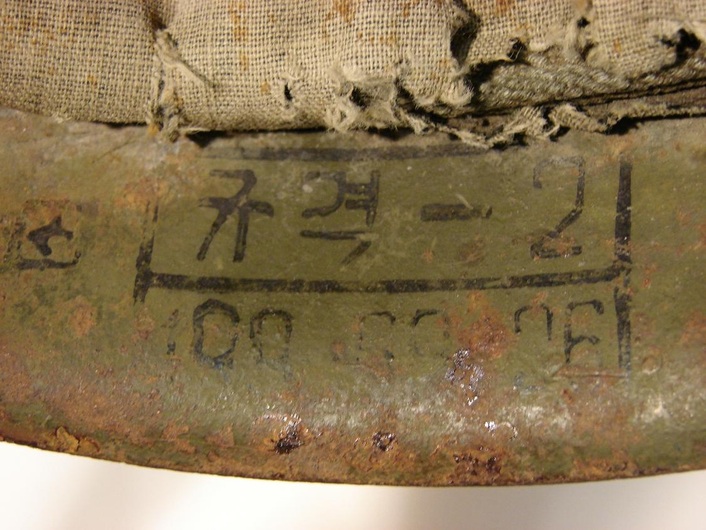 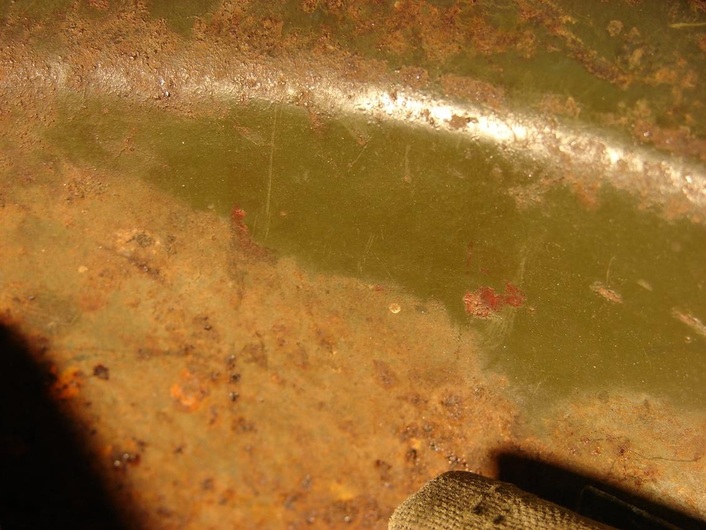 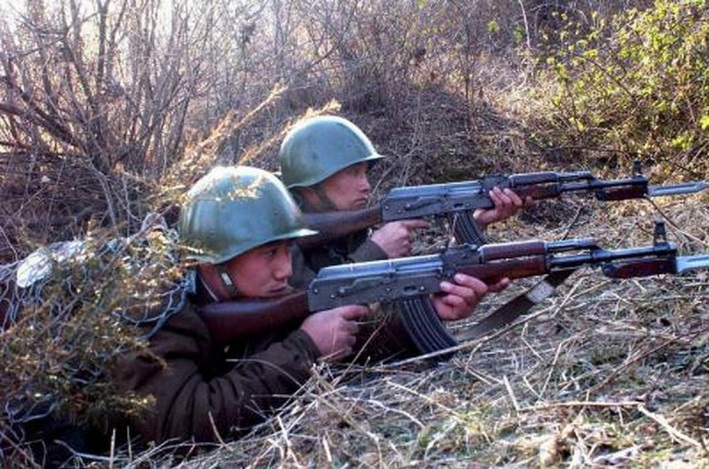