Israel was supplied with a variety of helmets in the early years from France, Great Britain and the US. Copied from the US M1 this helmet has had a three point chinstrap fitted, identical to that of the British Airborne helmets and an Israeli made liner, also copied from the US M1.
Dating from the Six Day War era these helmets remained in service until gradually phased out by the M76 Orlite ballistic helmet. Commonly seen with nets and burlap covers as this one shows. 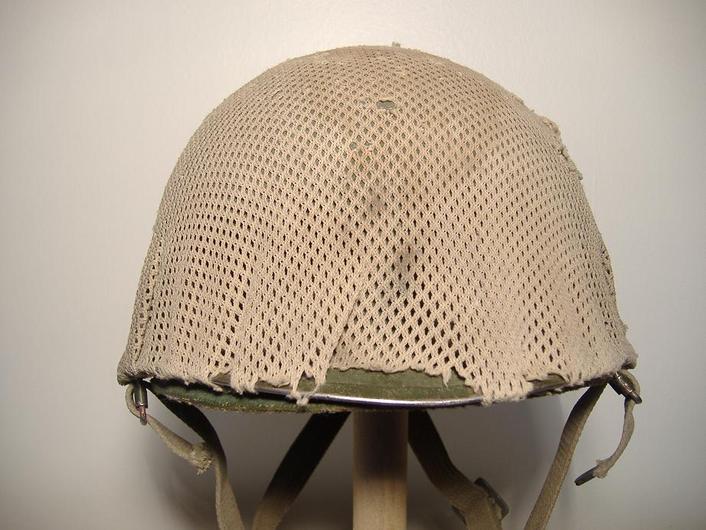 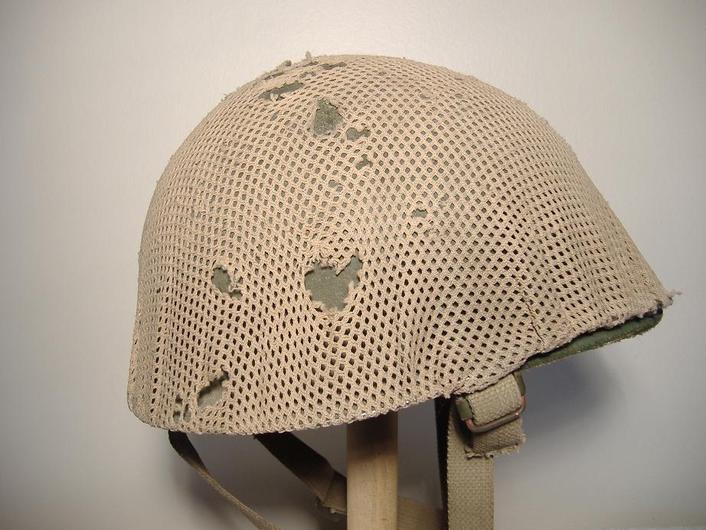 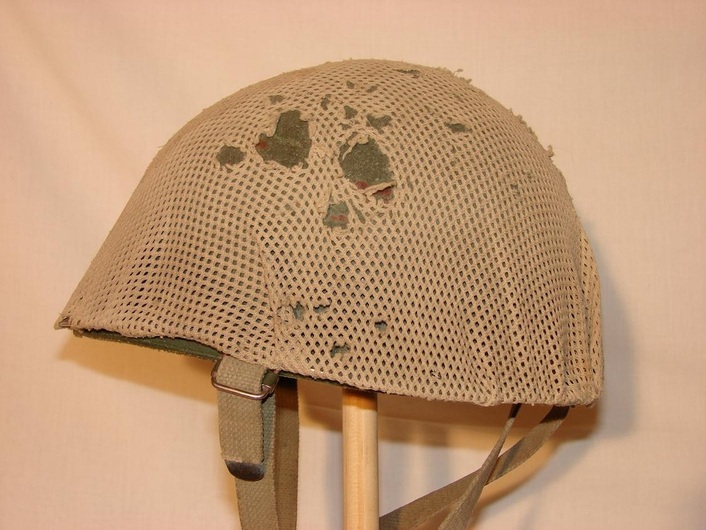 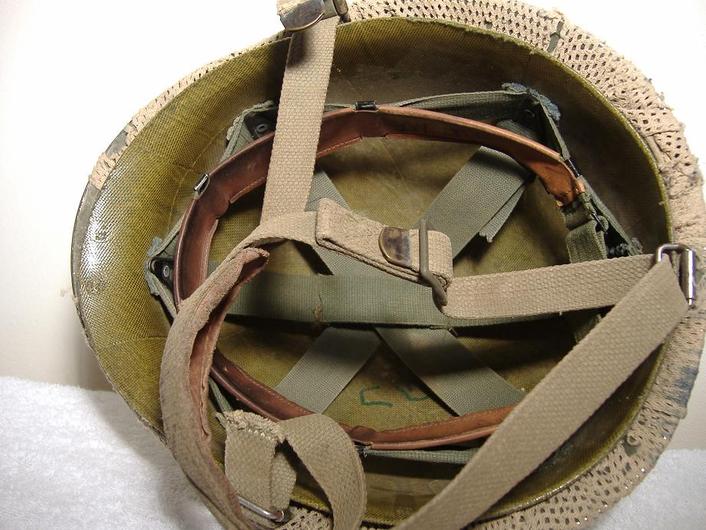 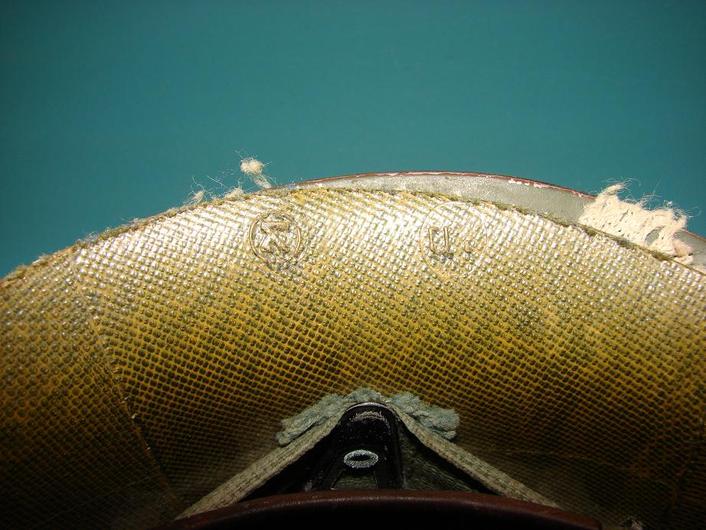 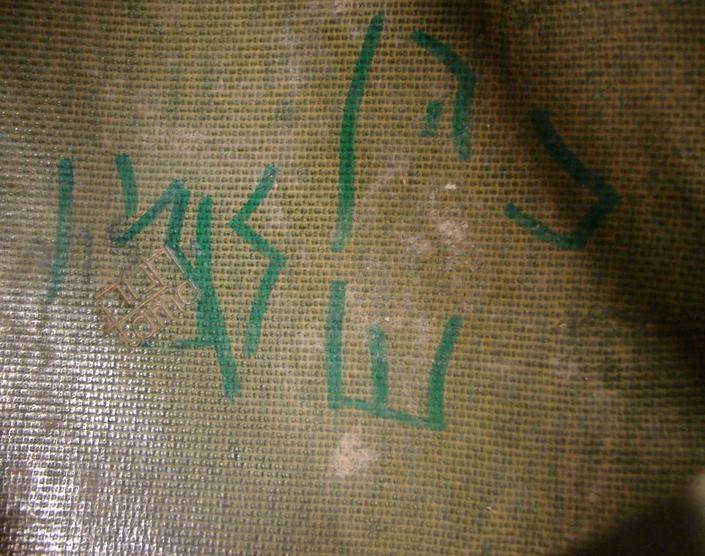 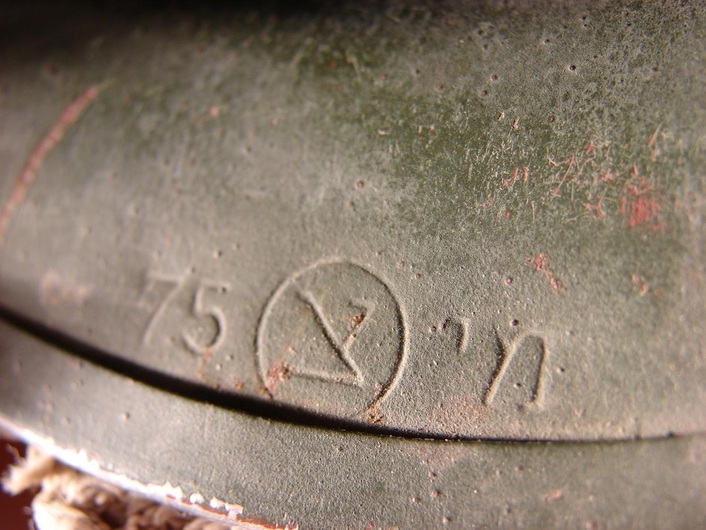 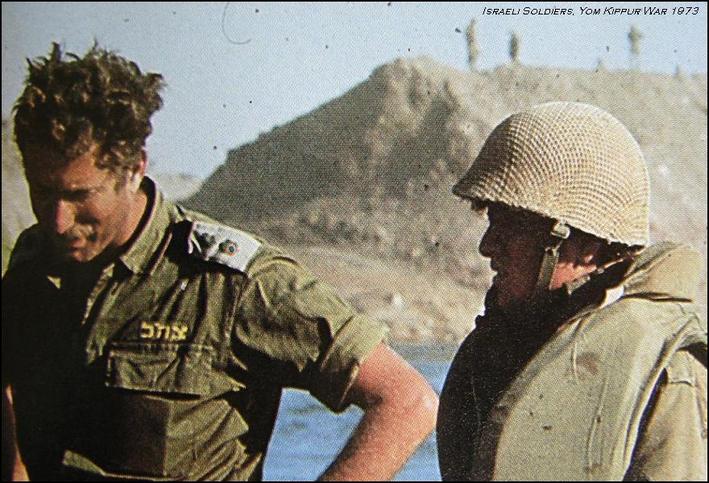