The outbreak of civil war within Spain caused a huge demand for helmets. Limited stocks of local manufactured helmets were quickly put to use by both sides in the conflict. As a result large numbers of foreign helmets were purchased to fill the gap.

Although believed to have been made for the Czech Army the M30 helmet was never issued. Instead Czechoslovakia developed a new design with the M32 helmet. With the outbreak of the Spanish Civil war the Spanish Republican Government brought nearly all the stock of the M30 helmets that had been manufactured.

During the civil war any captured helmets were used by both sides and hence Nationalist forces also used large numbers of M30 helmets. This example has survived the civil war and been repainted and a Franco regime badge added. The original Czech liner remains with a Spanish chin strap. 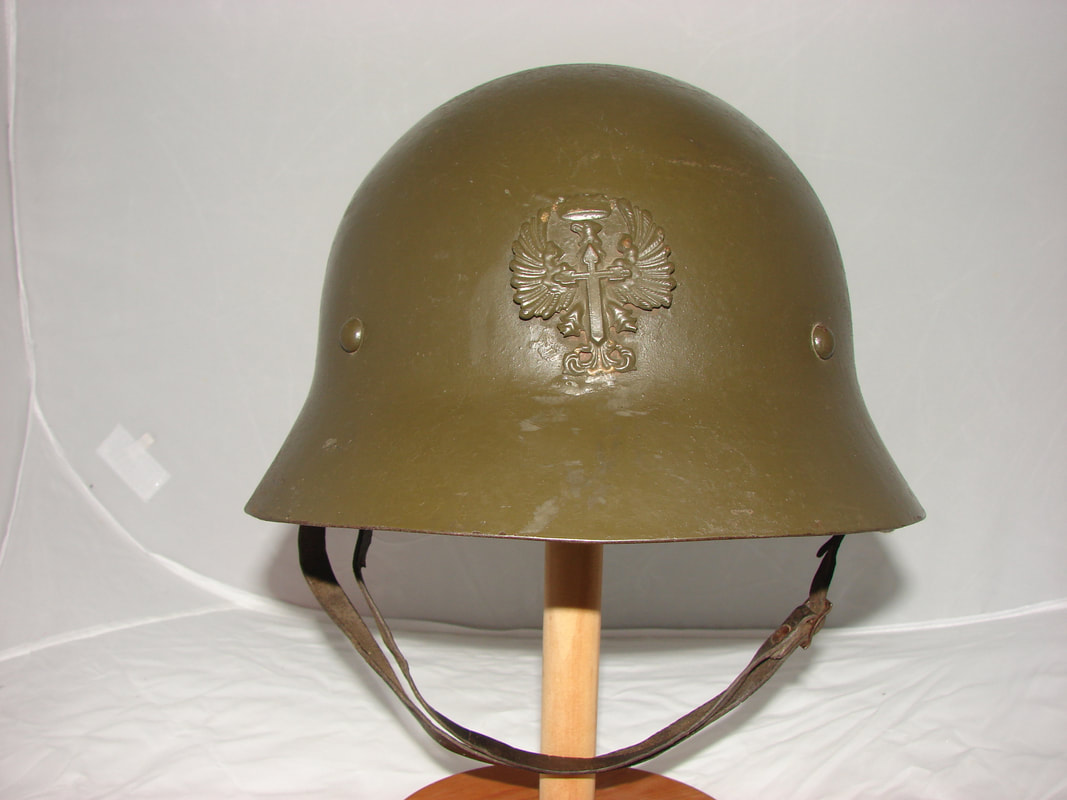 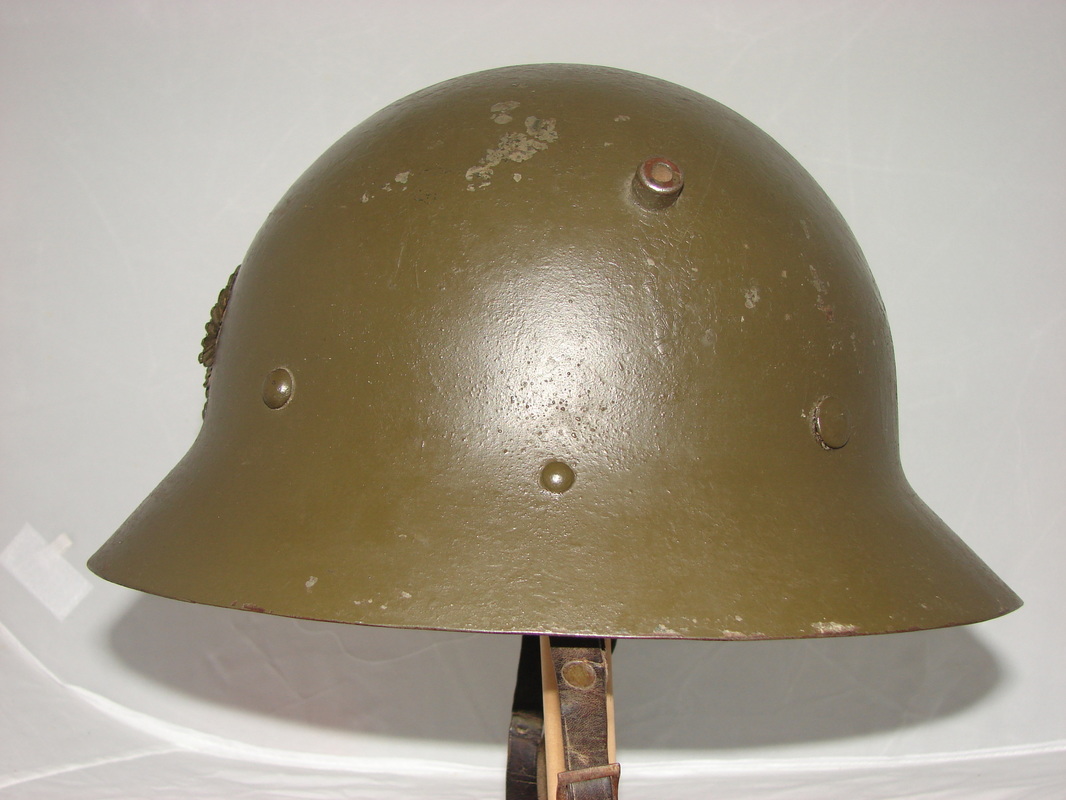 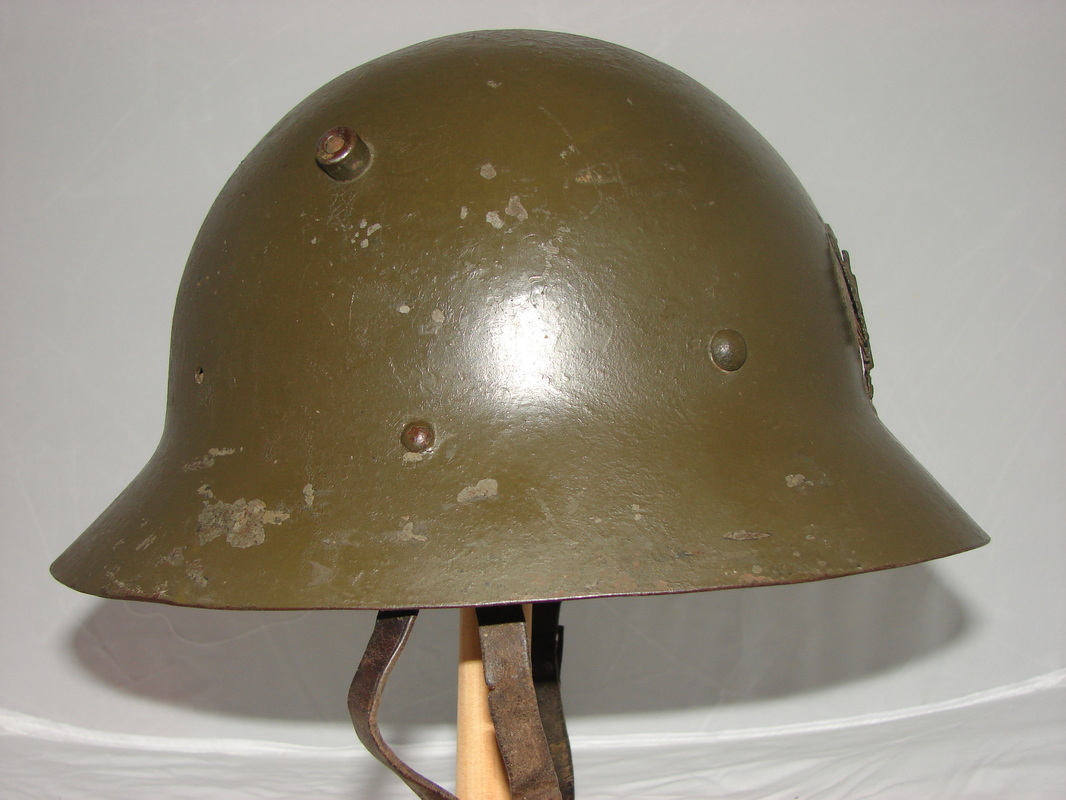 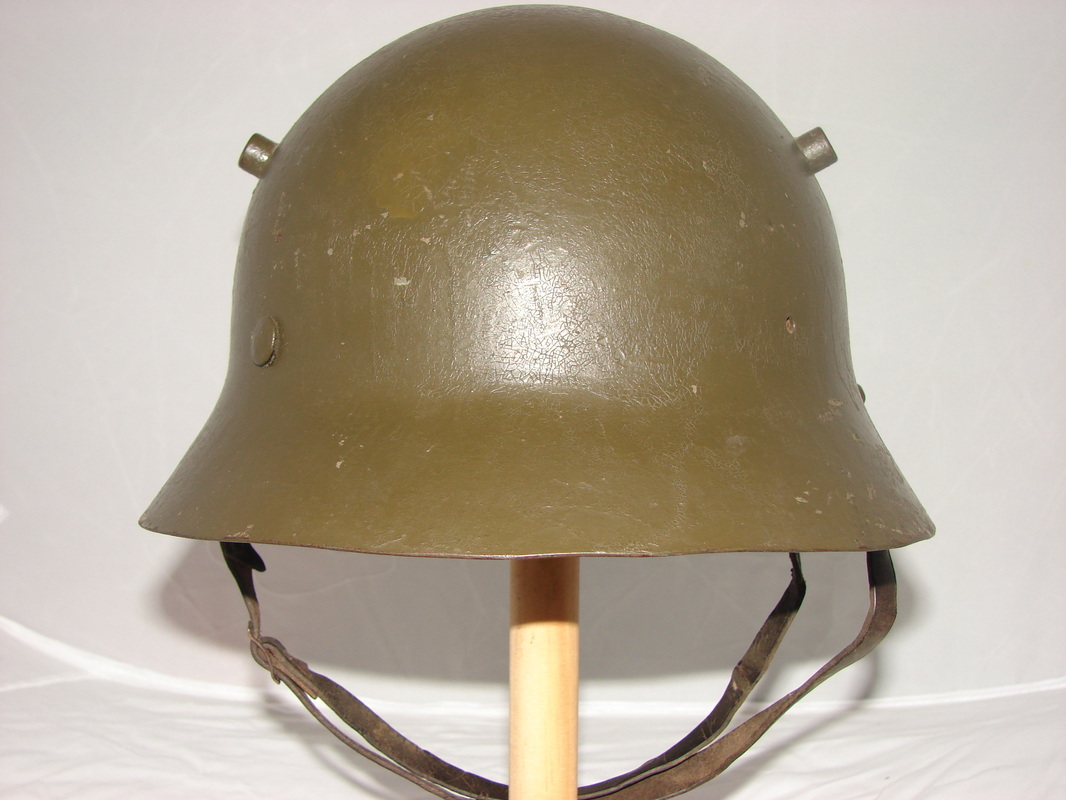 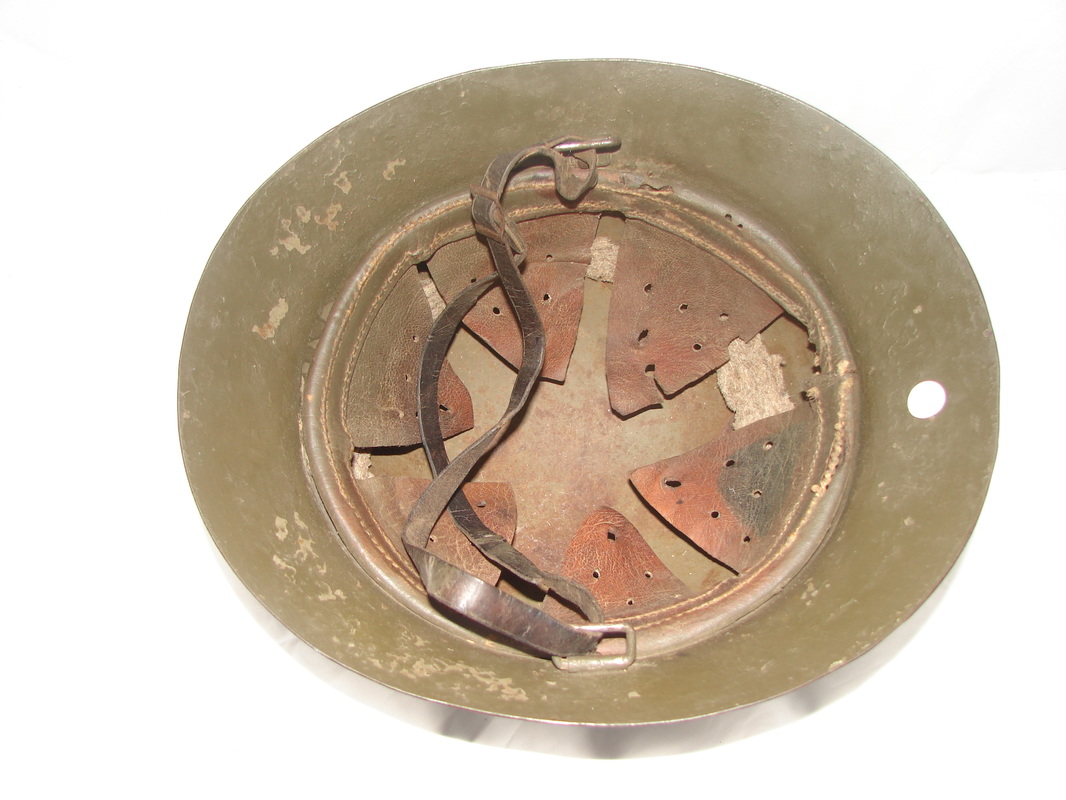