Czech Vz53 helmet in use with the East German Military before the introduction of the M54 and M56. This particular example has the frontal insignia of the KdA or "Kampfgruppe des Arbeitklasse"  (Combat Group of the Working Class), a Para Military Workers Militia founded in 1953. This organisation is probably best known for the construction and guarding of the Berlin wall in 1961.
The photographs below show these units in training, also an excerpt from Ludwig Baer's book "Geschichte der Deutschen Stahlhelm" showing these units wearing M56 helmets on parade.
(Courtesy: D Powers Collection) 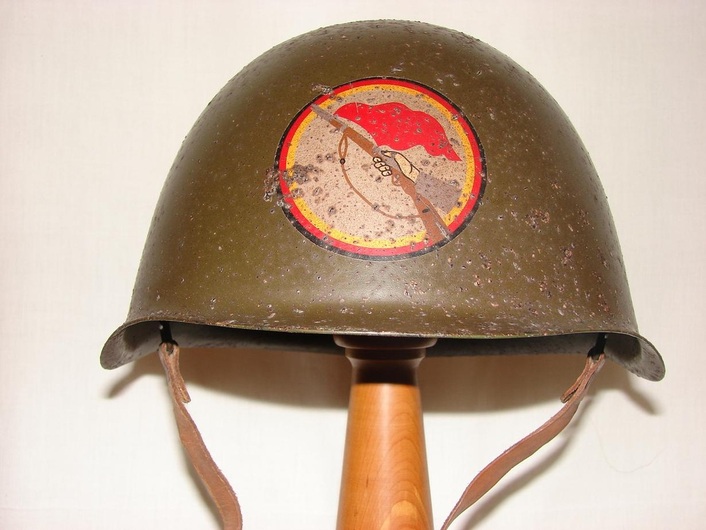 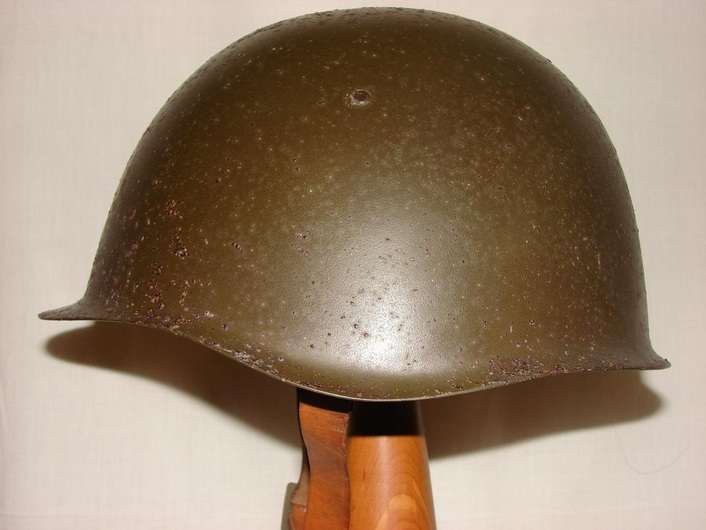 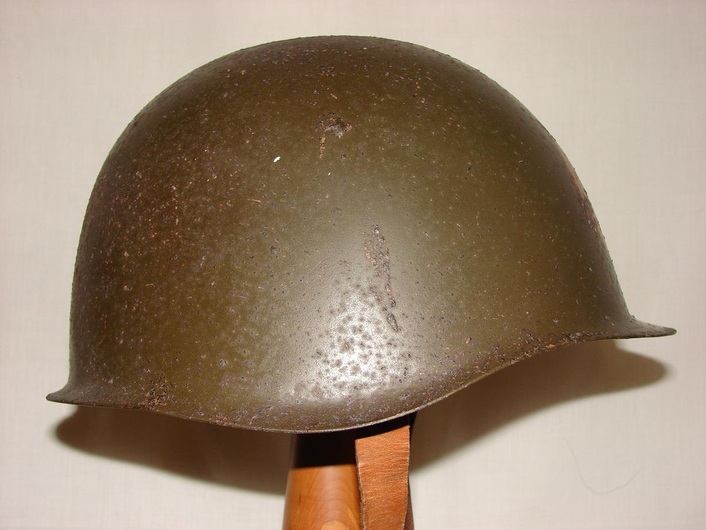 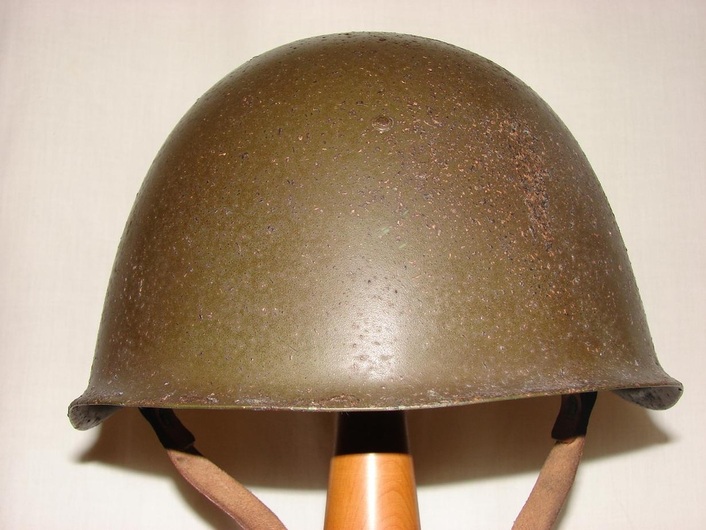 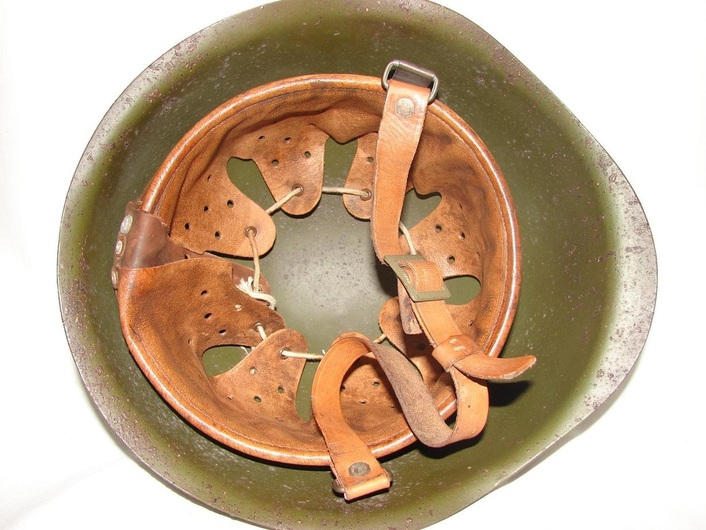 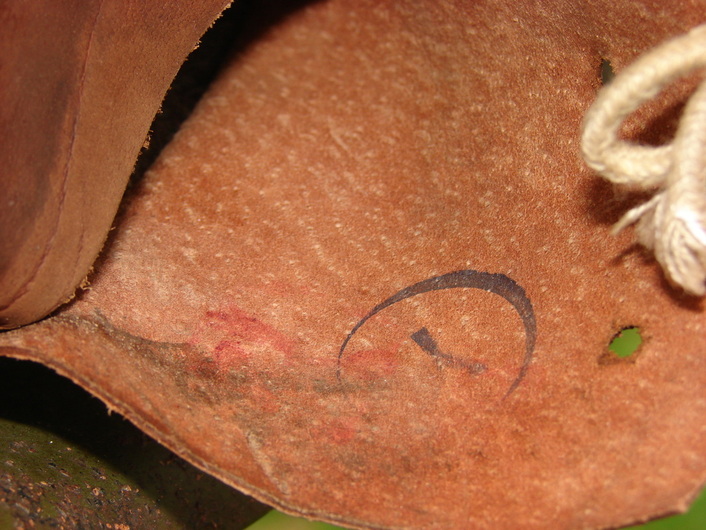 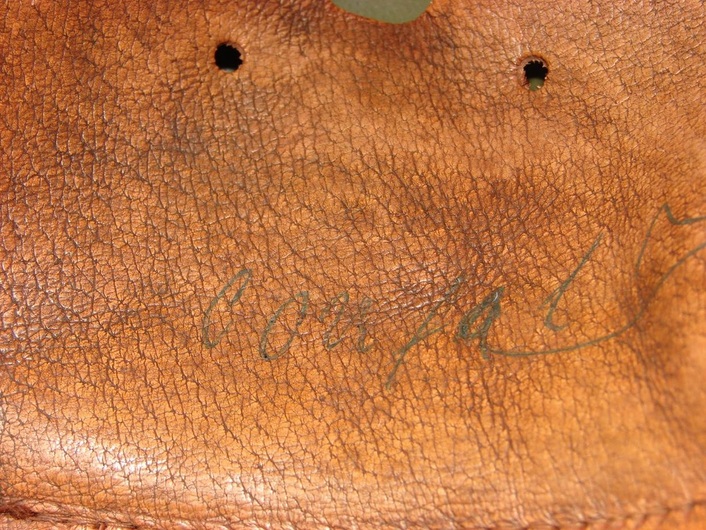 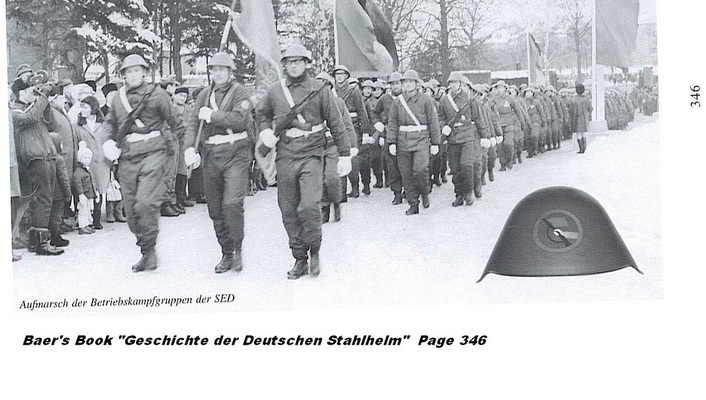 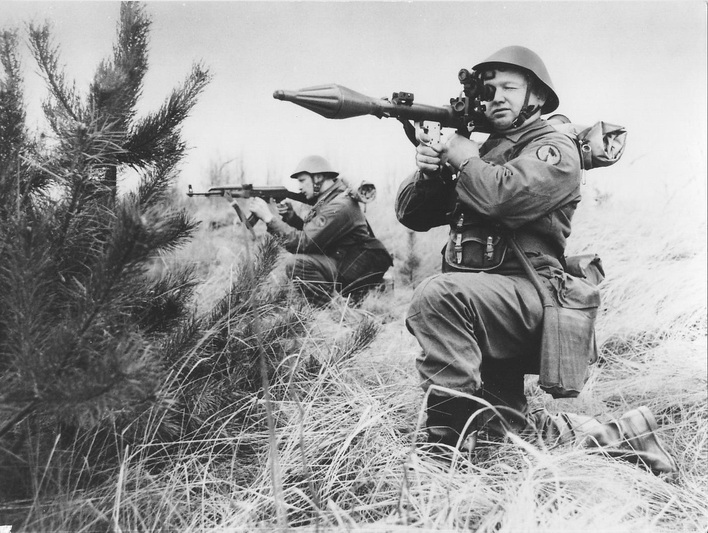 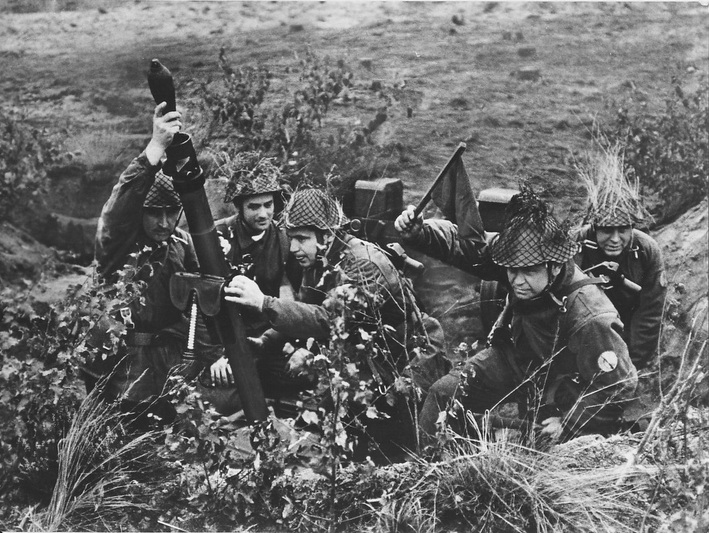